Some moviegoers at Shaw Theatres in NEX got more than they paid for yesterday (30 Aug).

A gigantic ventilation duct crashed through the ceiling of cinema hall 6, during a screening of Christopher Nolan’s Tenet at about 4.45pm.

As a result, 2 patrons were injured. They were later conveyed to Tan Tock Seng Hospital for treatment.

Shaws Theatres also announced that they will close the cinema till further notice.

According to a statement released by the Building and Construction Authority (BCA), a BCA engineer was sent to invesigate the incident at the cinema yesterday.

For safety reasons, BCA has instructed Shaw Theatres to close so that investigation can be carried out.

BCA also said that they have informed the building owner to appoint a “professional engineer” to carry out a detailed investigation of the incident.

They are expecting a full probe on the condition of other ducts in the cinema, as well as recommended measures to remedy the situation.

They were quickly attended to by cinema staff, before being handed over to paramedics arriving at the scene.

Shaw Theatres will work closely with their landlord – Gold Ridge Pte Ltd – and the relevant authorities to conduct a full probe into the incident.

The cinema will be closed till further notice, the management confirmed.

To recap the incident, an off-duty MS News journalist was at cinema hall 6 watching Tenet before the ceiling gave way.

Recalling the shocking episode, he said emergency services, including firefighters and paramedics, arrived within 20 minutes after a 995 call.

Firefighters promptly scanned the cinema hall for victims, and inspected the ceiling damage. 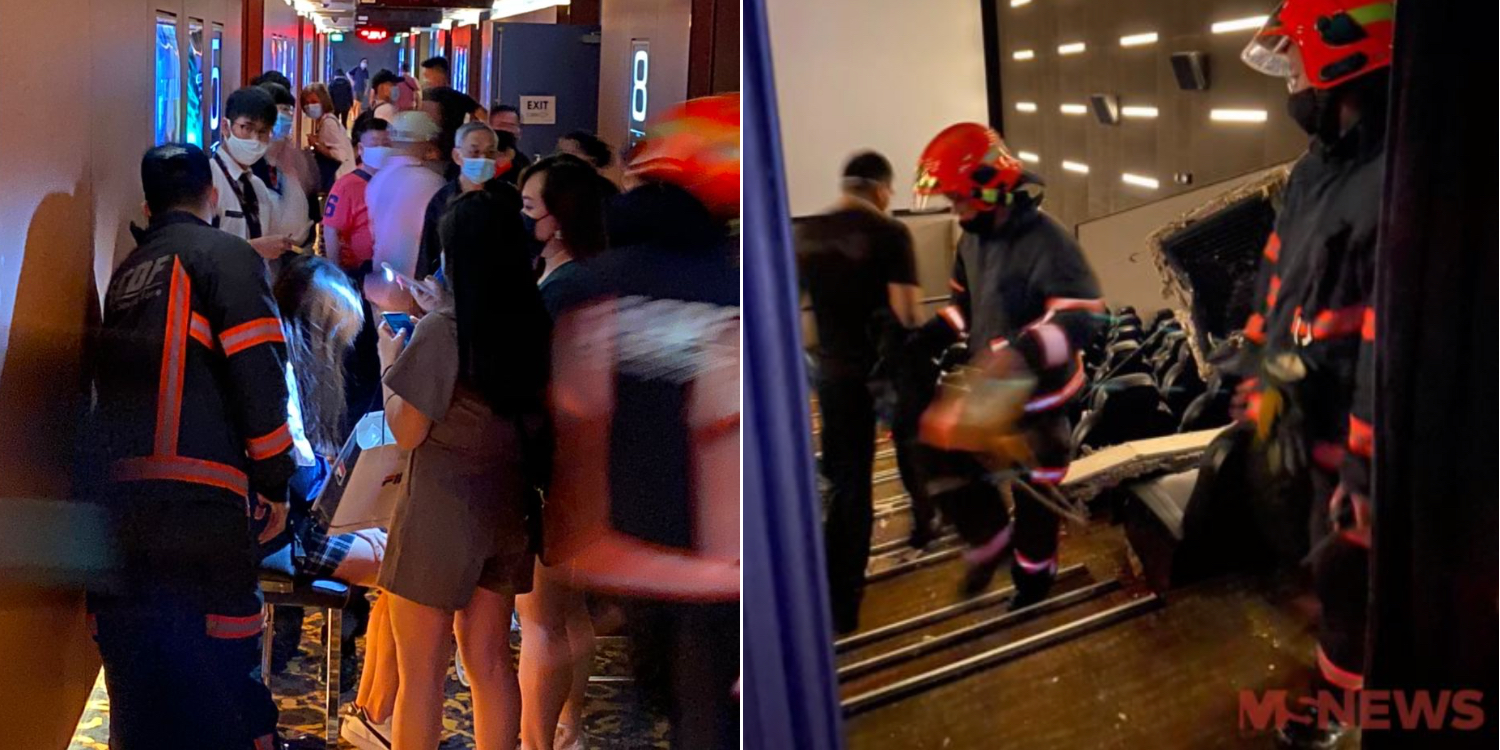 The scene was chaotic, tinged with an air of shock and confusion. Paramedics attended to a wounded female moviegoer along the corridor while the cinema was being evacuated. 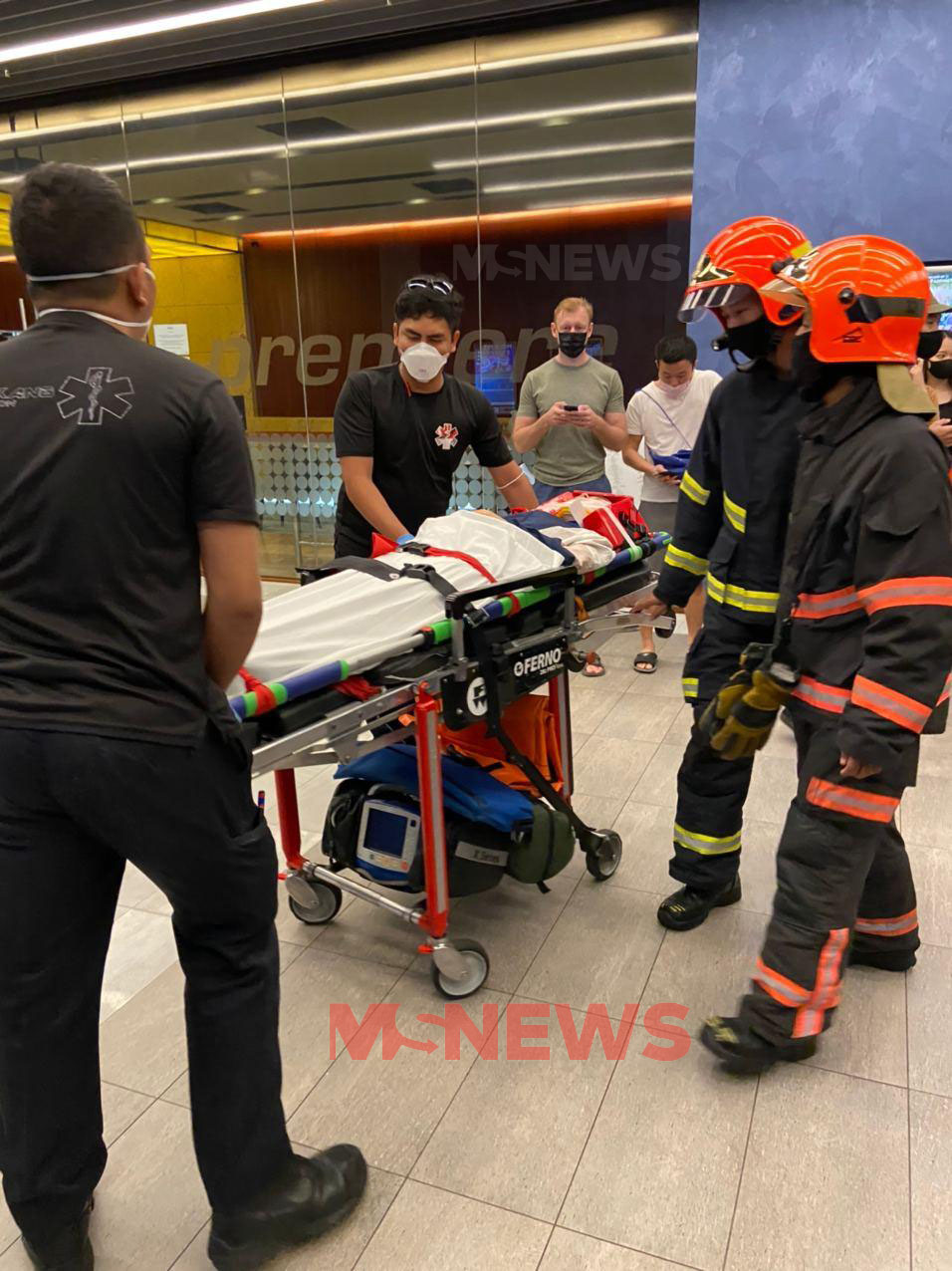 Though the damage seemed substantial, we’re thankful that most of the moviegoers emerged unscathed.

Patrons say maintenance could have been done better

Speaking to MS News, Johnny Quek, parent of one of the moviegoers, expressed his dissatisfaction with the maintenance at NEX.

He said the management could have done better to ensure that there were sufficient safety checks and preventive maintenance on the premises.

I plan to hold them responsible if my son, or any of his friends are found to be injured.

Another moviegoer added that safe-distancing may have ironically saved lives. Groups of patrons were required to space out to reduce physical contact. 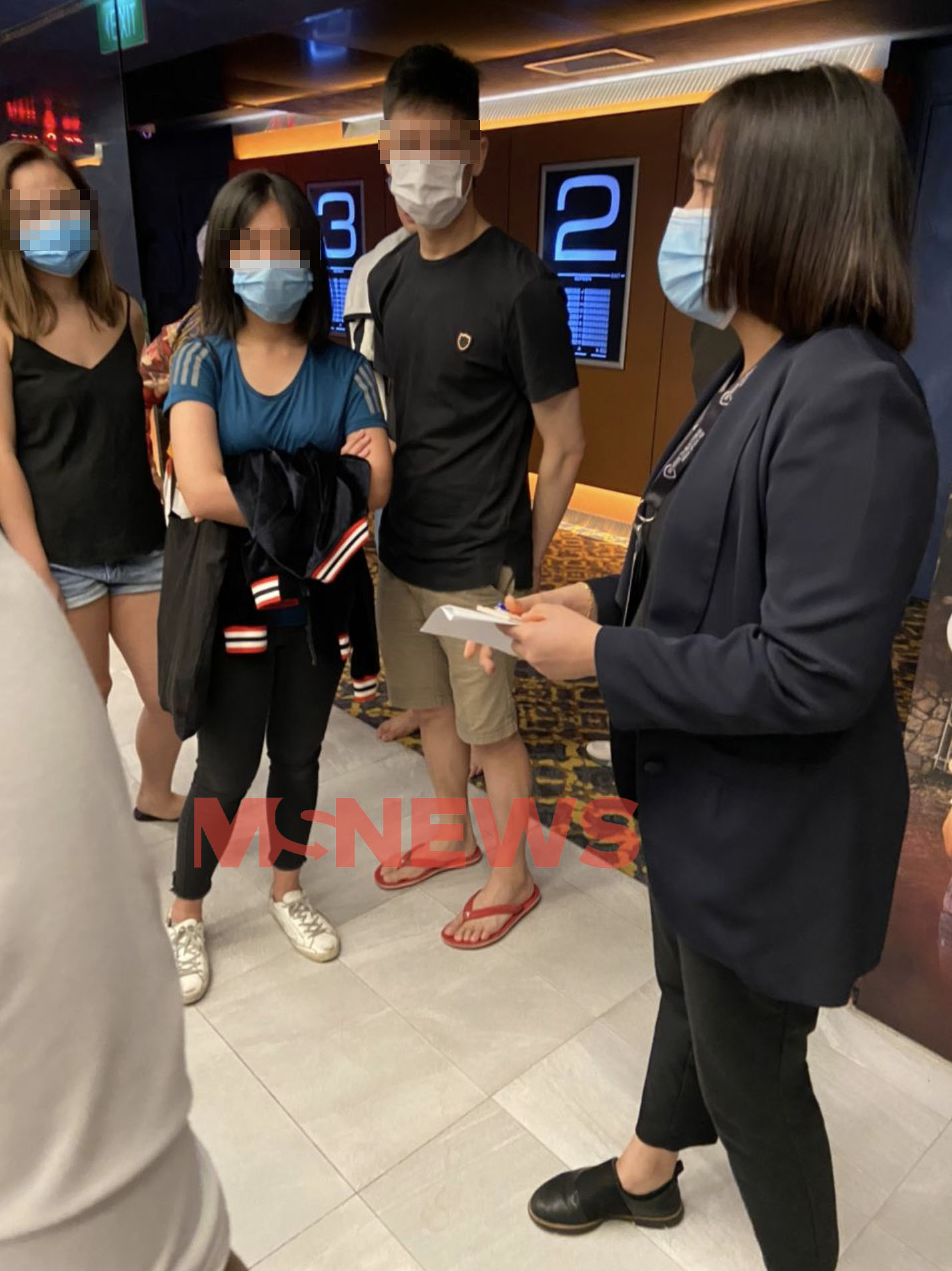 A NEX visitor, who only wanted to be known as Jeremy, said he was waiting for his friends outside the cinema at the time.

He shared that the incident reminded him that something shocking like this could happen at places we least expect.

Had I been free and gone for the movie, my seat would have been directly under where the ventilator duct landed and my friends and I might have been seriously wounded, or worse.

Despite the severity of the incident, we’re glad that none were gravely injured from the ceiling collapse.

On the bright side, this highlights the need for proper building maintenance to prevent further accidents. Should a similar ordeal happen again, patrons’ safety may not be guaranteed.

We hope NEX will be able to step up their maintenance efforts from now on, to ensure that something like this never happens again.