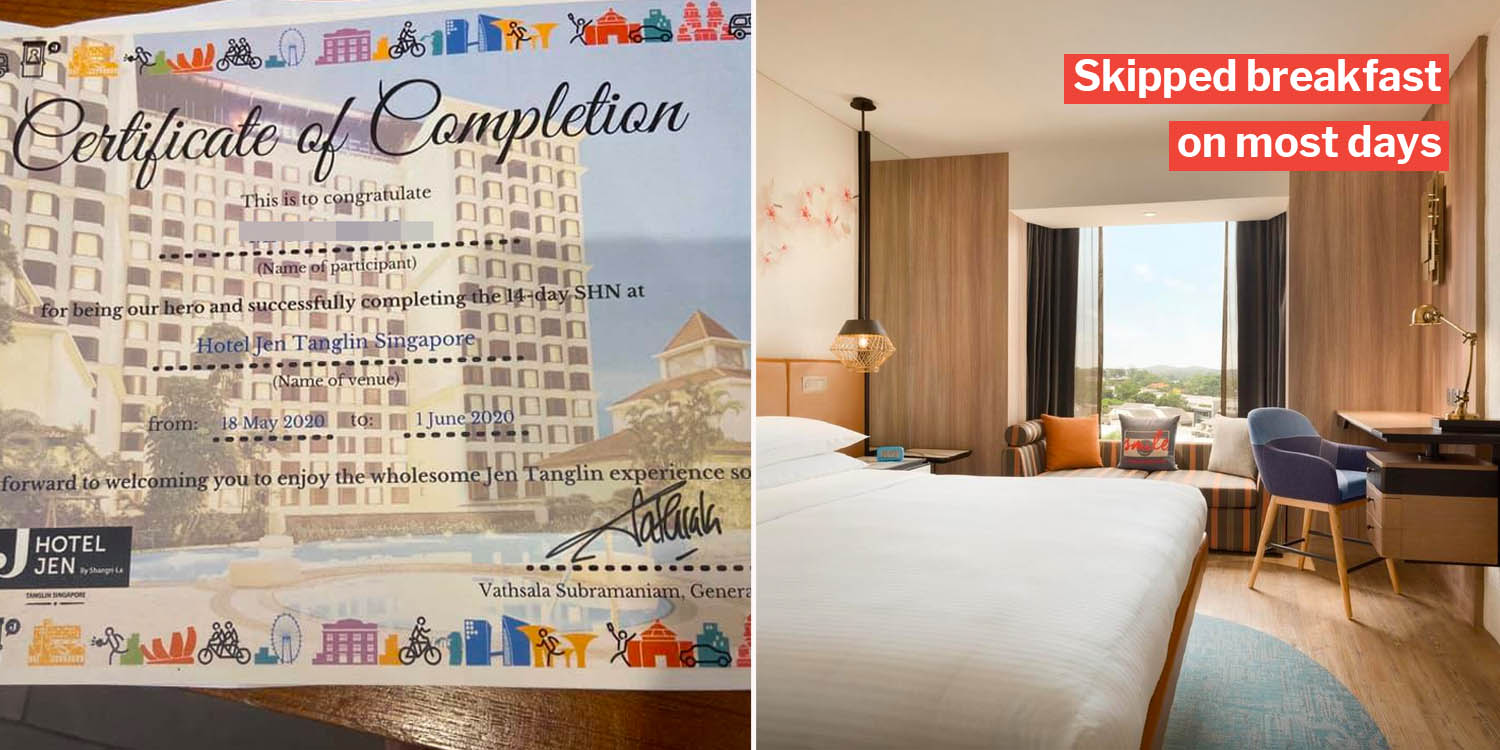 Stay-Home Notices (SHNs) carried out at hotels here have been something of fantasy here — they’re thought of more as government-sponsored luxury getaways than health-related. People actually want to go on them.

A Malaysian netizen broke down the actual costs and experience of staying in a 4-star hotel for his SHN. 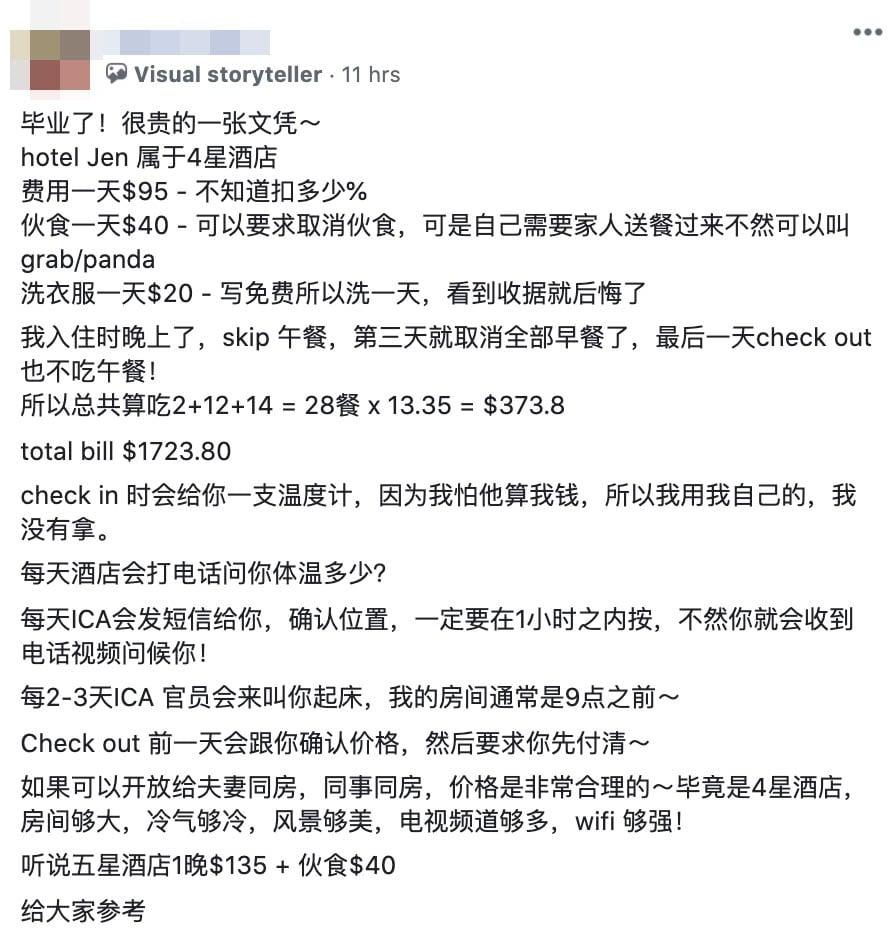 Here’s a summary of what he shared, translated for your ease of reading.

The Malaysian man fulfilled his SHN at Jen Singapore Tanglin, a 4-star hotel by Shangri-La.

With the lodging fees at $95 a night instead of the usual $165, it was quite the bargain.

He did, however, joke that he paid for a “very expensive certificate” after he “graduated” from SHN. Skipped breakfast on most days

3 meals a day at the hotel cost $40, or $13.35 per meal. Guests were allowed to opt-out of the offered meals, but would have to order in or have their family members bring food down to them.

The netizen shared that he arrived in the evening of his first day, so he skipped lunch, and had only dinner. 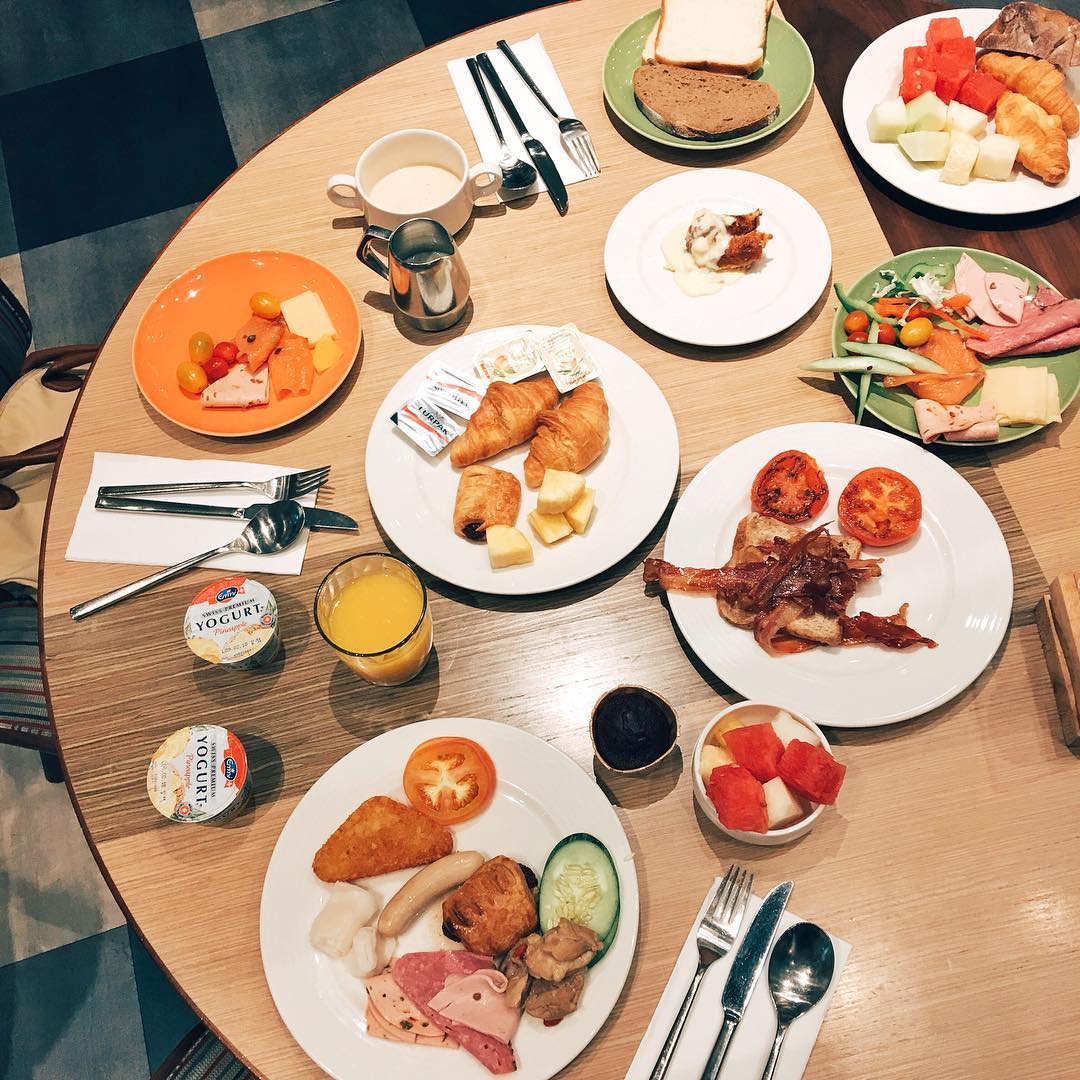 Image for illustration only
Source

He opted out of breakfast starting on day 3 of his stay, and was discharged in the morning on his last day, skipping another lunch.

Other expenses included laundry, which cost him $20, though he thought it was free.

In his post, he wrote that the hotel staff would call for him to update his temperature, daily.

He did this dutifully, with his own thermometer, adding that he didn’t want to take the hotel’s in case they charged him for it. 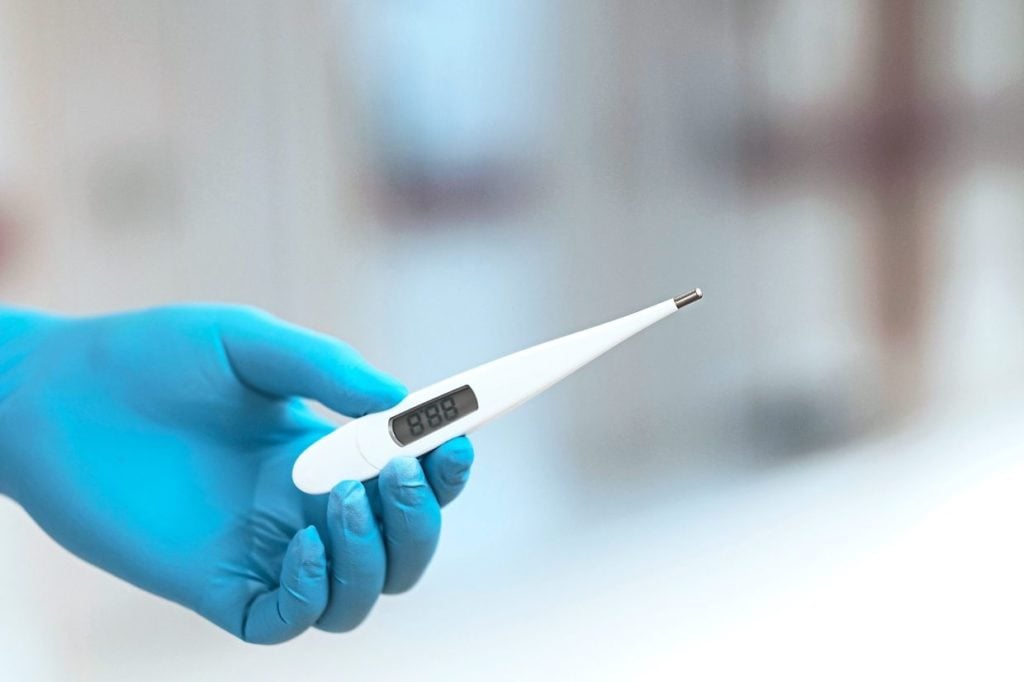 The Immigration and Checkpoints Authority (ICA) routinely checked in on him too, waking him up before 9am every 2-3 days.

They sent out text updates as well, which he would have to acknowledge within the hour. Apparently, if guests fail to do so, they get video-called by ICA.

Hopes his experience breakdown will help others

The netizen praised the hotel’s air-conditioning, WiFi strength, facilities, and spacious room. He seemed to have enjoyed his stay very much.

He added that he felt the price was reasonable, since it is a 4-star hotel after all. Which is why he decided to break down his SHN experience as a reference for others.

Though we don’t think his suggestion of having people – like couples or colleagues who travelled together – share rooms will be viable, it’s great to know that the experience was a good one.

Hopefully, the man’s breakdown serves as a clearer guide on possible expenses that may be incurred when one has to serve SHN in Singapore hotels. 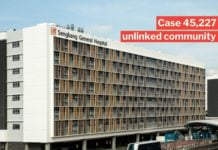 S’porean Man Died Of Cardiorespiratory Failure & Had Covid-19 Too, Not Added To Official Death Toll 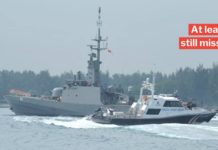