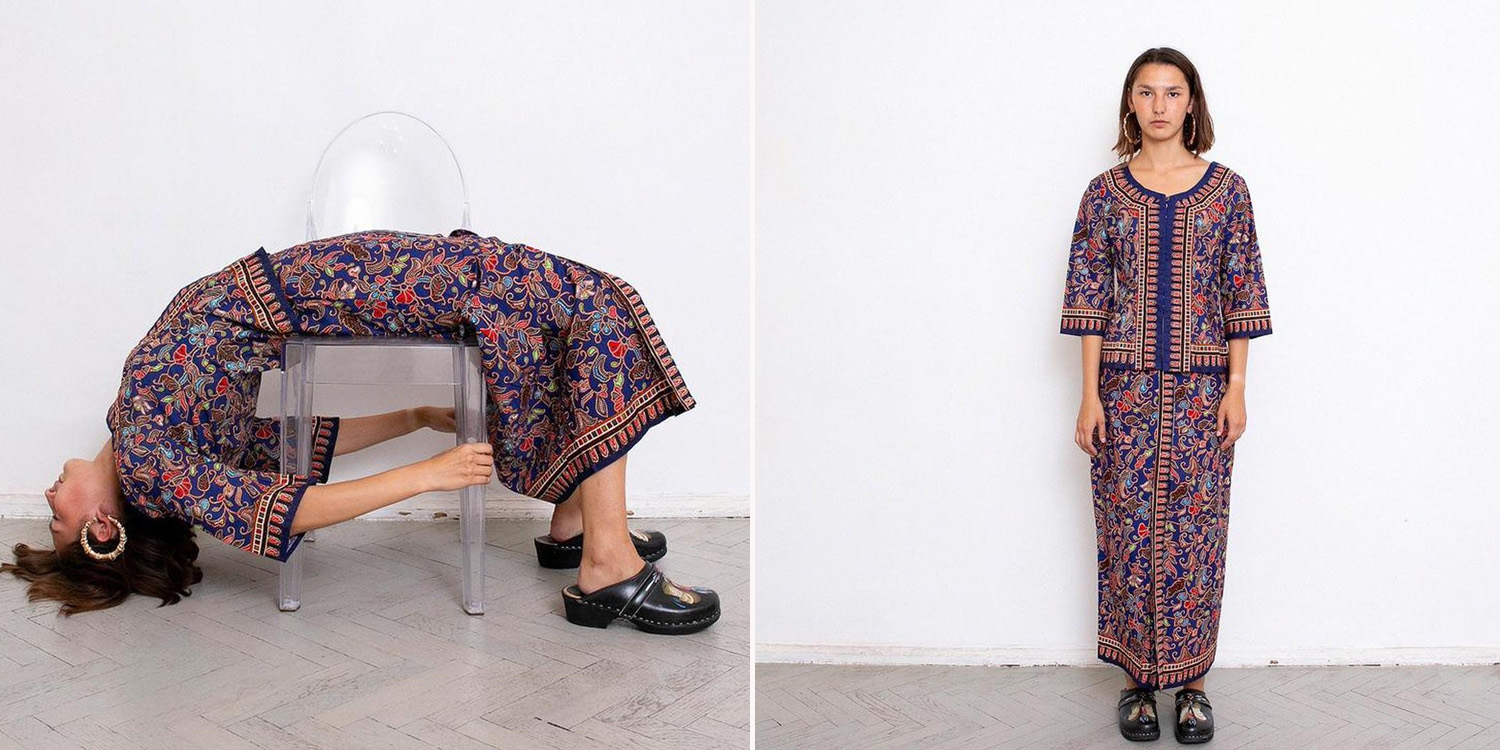 788 customers have bought into the frankly absurd listing.

We’ve all probably wanted to try on the Singapore Airlines (SIA) uniform at some point in our lives. After all, they look chic, modern… and apparently, ‘vintage African’?

No, you actually did read that correctly.

Overseas online shopping website Depop recently listed the well-known kebaya on its website using some unusual descriptions, including but not limited to, ‘vintage African’. 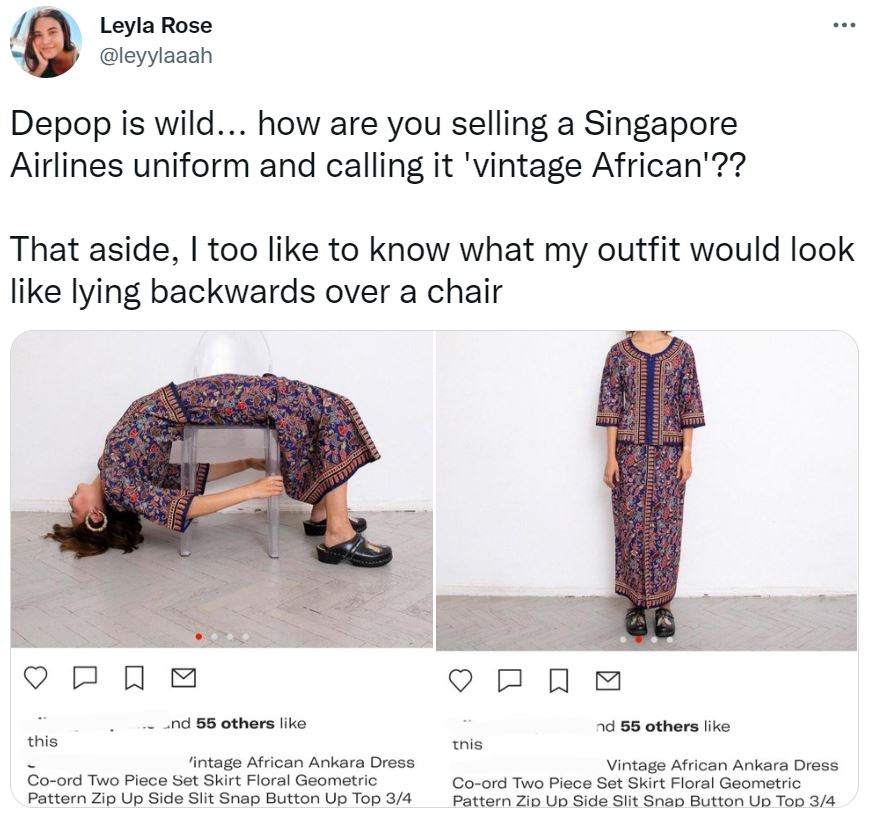 As if to stress the strangeness of the listing, the model displaying the outfit strikes several OTT poses as well. And not just any old pose, either — scroll down to find out.

Twitter user Leyla Rose aka @leyylaaah posted information about the listing on the social media platform, calling it “wild” for its strange description of the SIA uniform. “How are you selling a Singapore Airlines uniform and calling it ‘vintage African’?” she asked. We are all frankly dying to know the answer as well.

After all, while both the traditional batik kebaya and African traditional clothing are beautiful, they don’t look all that alike.

That’s not the only label used to describe the uniform, too. Other tags include ‘indie’, ’90s’, ‘unisex’, and interestingly enough, ‘Y2K’. 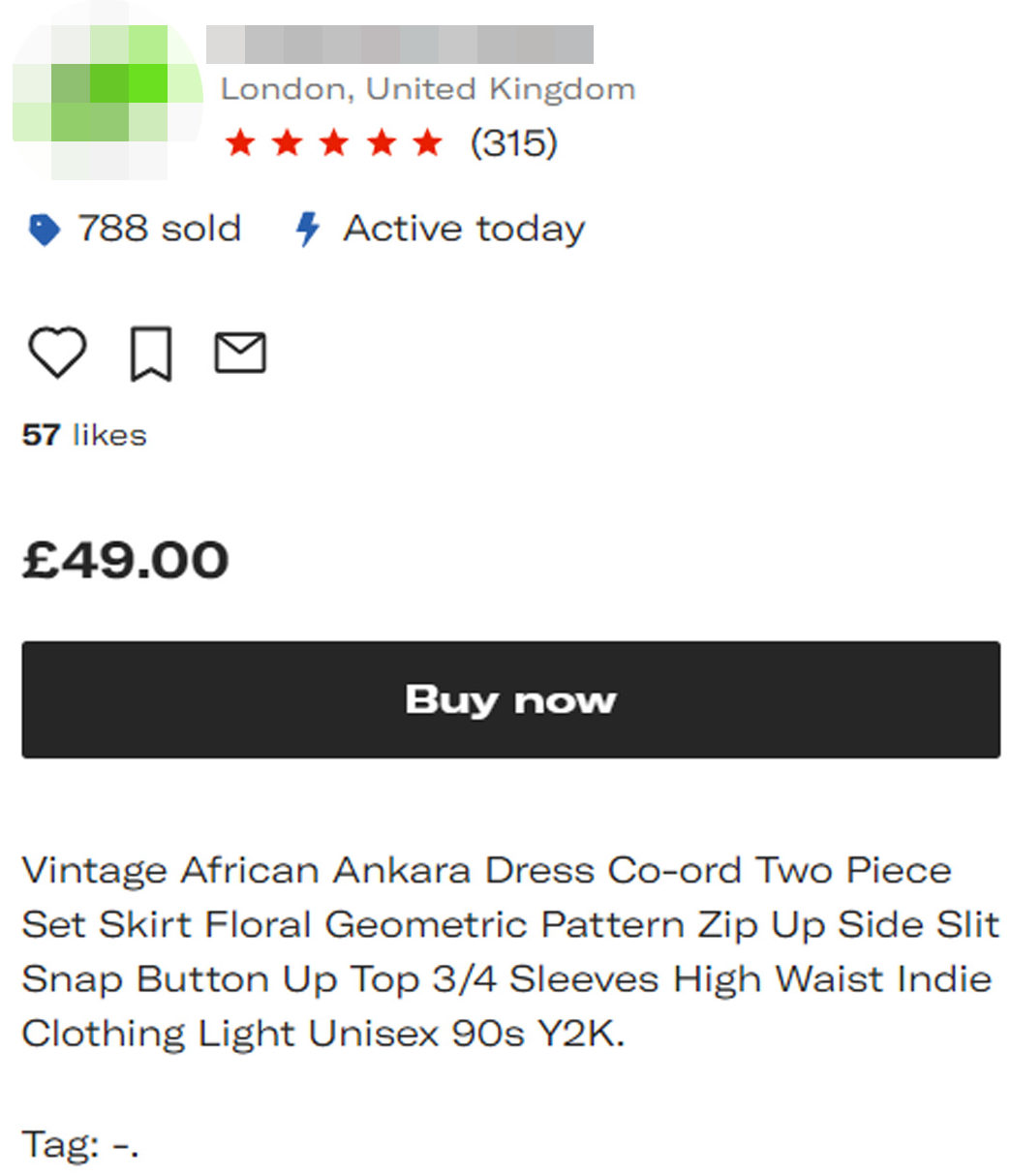 For comparison, here’s a picture of Y2K fashion.

We’ll let the image speak for itself. 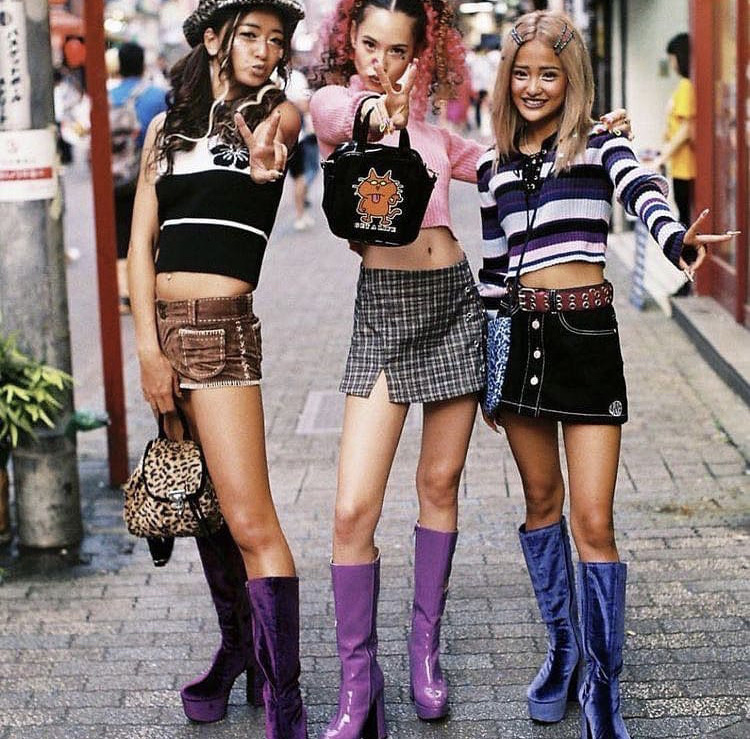 It’s not as if the model appears very fond of the listing either. In one picture, she contorts herself into a pose, which frankly looks painful. She draped herself in a reverse ‘C’ position, with her hands gripping the legs of the plastic chair she was resting on. Weeeiiiird. 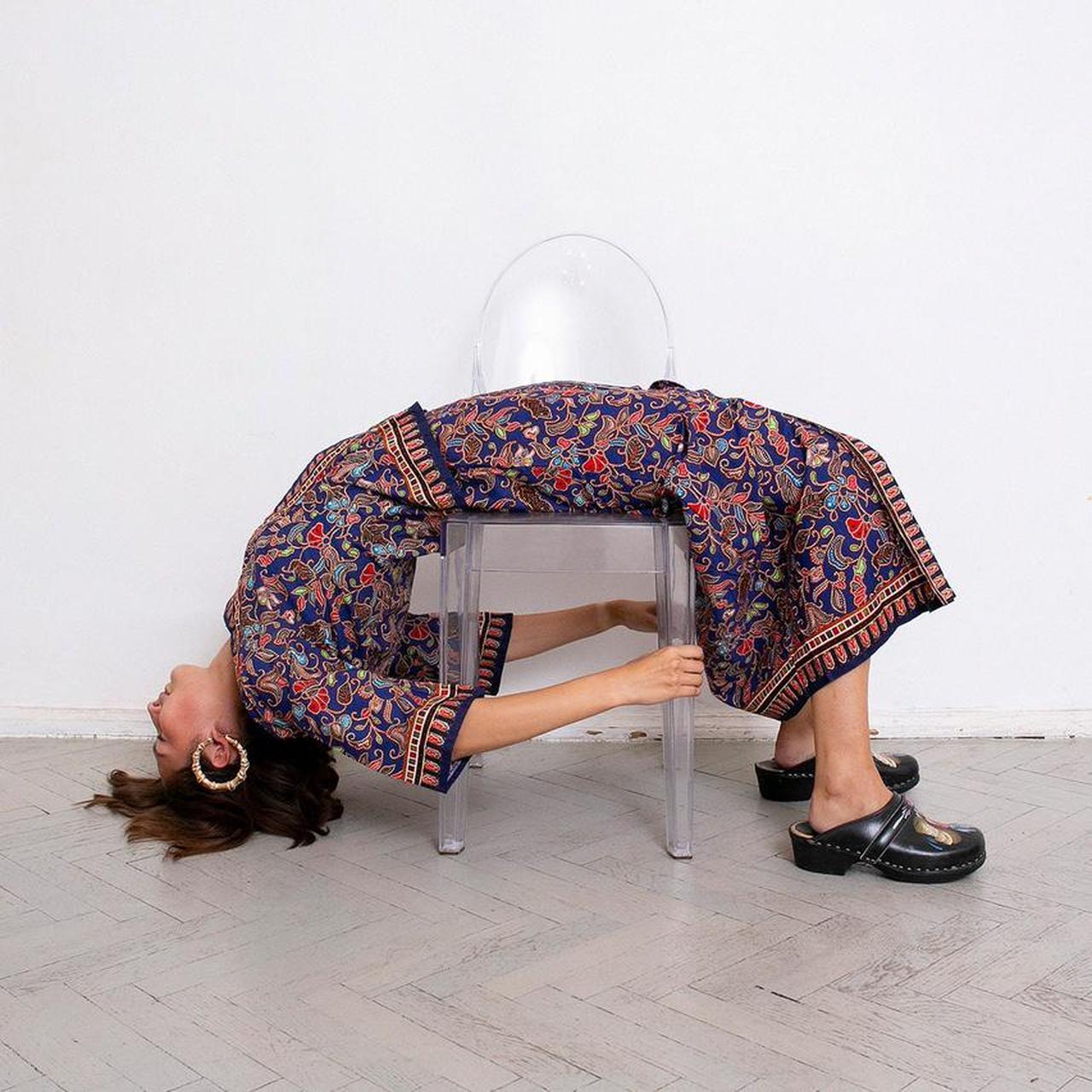 In yet another, she levels a bored look at the camera. Much attitude there. If you’re curious, the listing for the SIA uniform is still up on Depop, selling for S$83.40 (£49). Despite the complaints, it has done pretty well so far, having been sold to more than 700 customers.

Understandably, the listing has generated a significant amount of confusion among netizens. Some had a very simple reaction to it.

Others called the listing out for what it really was — an outrageous case of cultural appropriation.

However, there were those who suggested that the seller behind the post might in fact be a Singaporean themselves.

This theory has some merit, as children’s versions of the uniform are actually available. A Singaporean calling it ‘vintage African’, though, might be a bit of a stretch (pun intended).

Putting that in the listing could have been a stronger selling point. But alas, the poor seller might not even know what batik is.

Whatever the reason behind the confounding post, netizens came to a similar conclusion — that the model sure had a tough time on set.

Cultural appropriation is not okay

Sure, we’ve all had a good laugh over these pictures. However, this does point to a concerning problem in the West — cultural appropriation.

Too often, foreign sellers copy local designs for their own uses, not recognising their origins.

Whether online platforms will start to regulate such listings remains to be seen. In the meantime, we will have to rely on our netizens to call such sellers out on their behaviour.