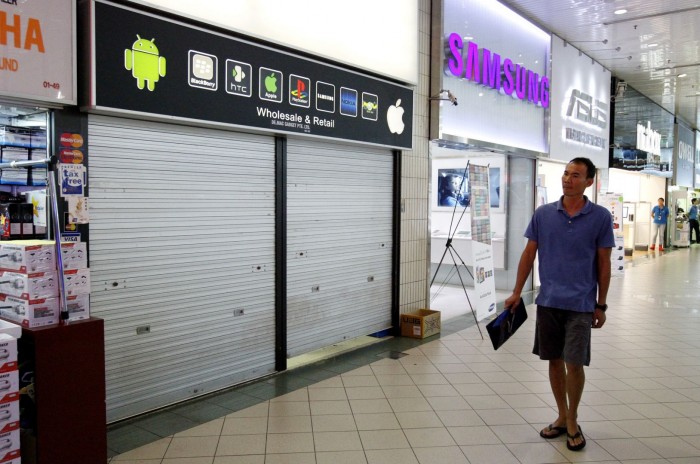 They have the means and the technology now!

Previously, there was a shame list of retailers who’d received the most complaints displayed inside SLS, but those were taken down, probably because the retailers on the list could care less.

#1 was Mobile Air, and that didn’t prevent that poor Vietnamese guy from being scammed. 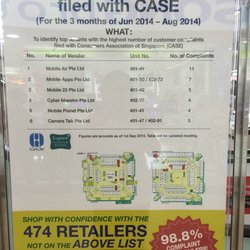 Now, the following will be installed outside shops which have received more than 3 complaints:

Complaints have gone down since last year, although that may be partly because of a lack of business in SLS; compared to last year, traffic has also gone down by 50 to 60 per cent.

Taking a leaf from using CCTV cameras inside elevators to deter urinating, management at SLS seems to think that placing a CCTV camera outside a shop with a lot of complaints will deter vendors from pulling any funky business ala Mobile Air.

The problem with both of these is that they can be evaded.

Watch this rat teach you how to evade  CCTV cameras.

Therefore, customers have to be on the lookout for the new stickers before stepping foot into a shop.

Ultimately, it’s up to customers to be discerning and avoid dealing with bad vendors, but management is doing their part as well.

So for errant vendors: Remember, Big Brother is watching you.

Featured image via TODAY Online
With references from The Straits Times