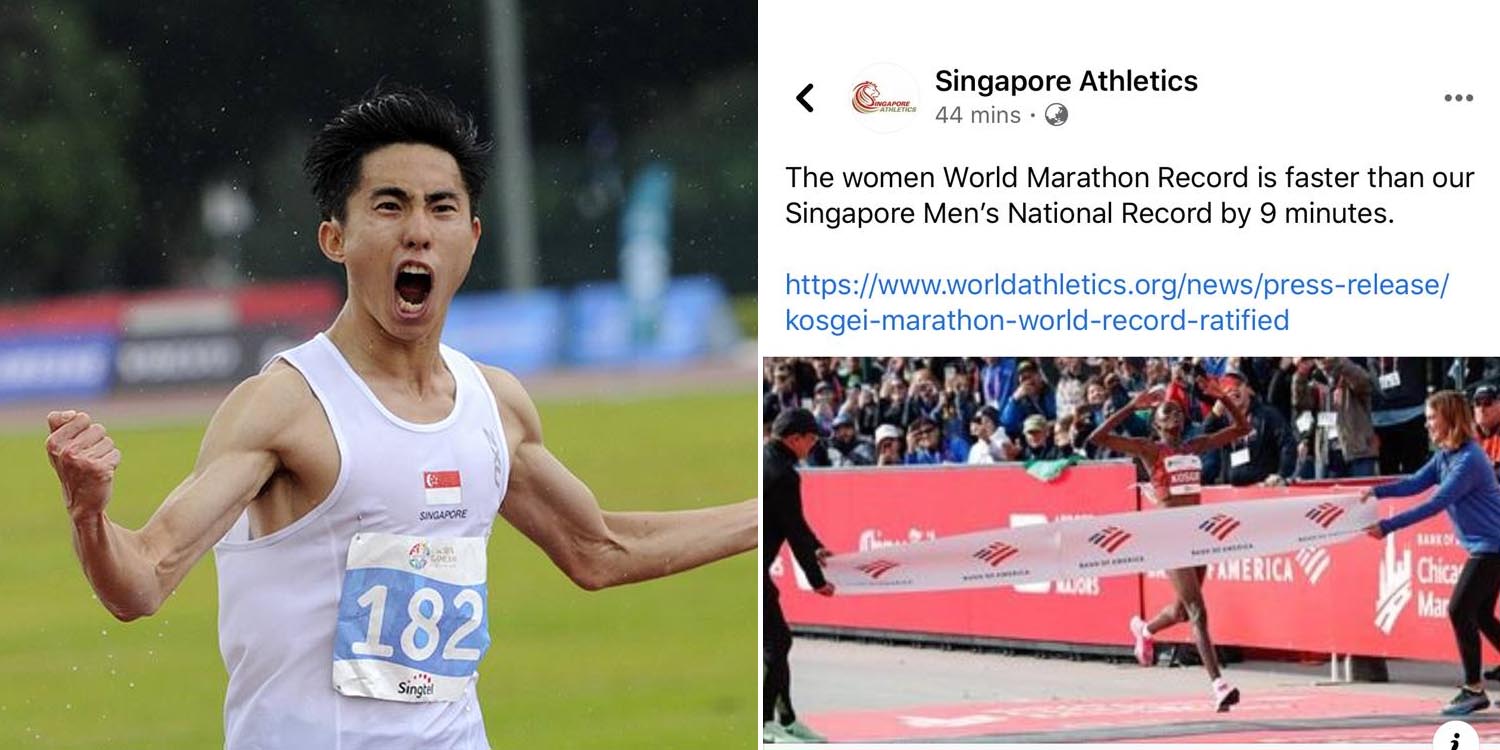 UPDATE (29 Feb): SA has apologised and admitted that the Facebook post, written by a staff, was a “lapse in judgement”.

You can read their statement in full below.

Singapore Athletics (SA) is caught in another boo-boo — this time for passive-aggressively comparing a world record holder to a national athlete.

In a now-deleted Facebook post on Thursday (27 Feb), they shared an article about marathon runner Brigid Kosgei breaking the world record for women — at a timing of 2:14:04.

That wouldn’t have been particularly bad by itself, if not for the caption.

The caption reads: “The women World Marathon Record is faster than our Singapore Men’s National Record by 9 minutes.”

And who holds that national record?

Surely they can’t have been talking about anyone else, right?

Incidentally, it was Mr Soh who pointed out the post by SA. 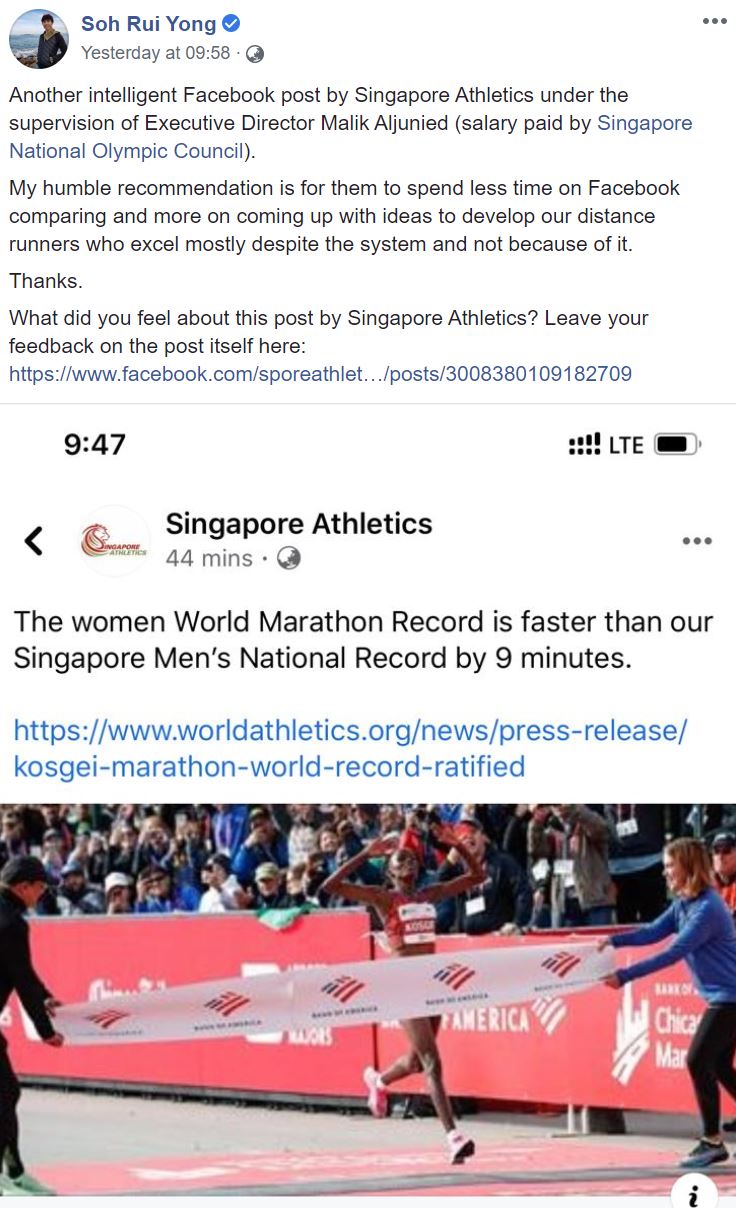 Accompanying the post was a screenshot of SA’s caption.

The backlash SA got was almost immediate. A few comments pointed out that the post’s caption was “tasteless” and “xia suay“, meaning “disgraceful” in English.

One netizen was ‘amazed’ by how SA’s post was meant to throw shade at one person.

Another commented on Mr Soh’s post that it was nonconstructive for a national organisation to put down their own runners. 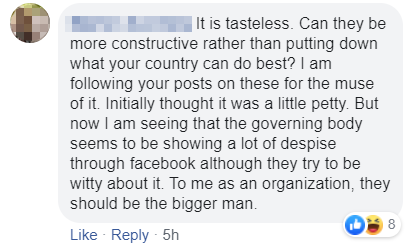 A fellow netizen noted that what SA was doing was a “motivational tactic”, which, well, doesn’t work.

Responding to The Straits Times’ queries, SA president Tang Weng Fei said that the incident should never have happened.

It was a lapse in judgement and we apologise to our national record holder, Mr Soh Rui Yong for the post.

Mr Tang added that the staff involved has been counselled. Moving forward, SA would form a media commission to ensure that “such errors will not be repeated.”

Of course, there is a long-standing dispute between Mr Soh and SA, and previously SA paid $8,000 as compensation to him in January.

MS News understands that to date, SA have paid over $10,000 to Mr Soh due to issues that arose surrounding his disqualification from the SEA games.

Not right to attack our own athletes

No matter who’s behind the screen putting up public posts, there should have been strict reviews to ensure that such a boo-boo would never happen.

It is SA’s name and reputation at stake, after all.

And at the end of the day, no matter what may have transpired in the past, we should be honouring our national athletes, and not deride or discourage them.