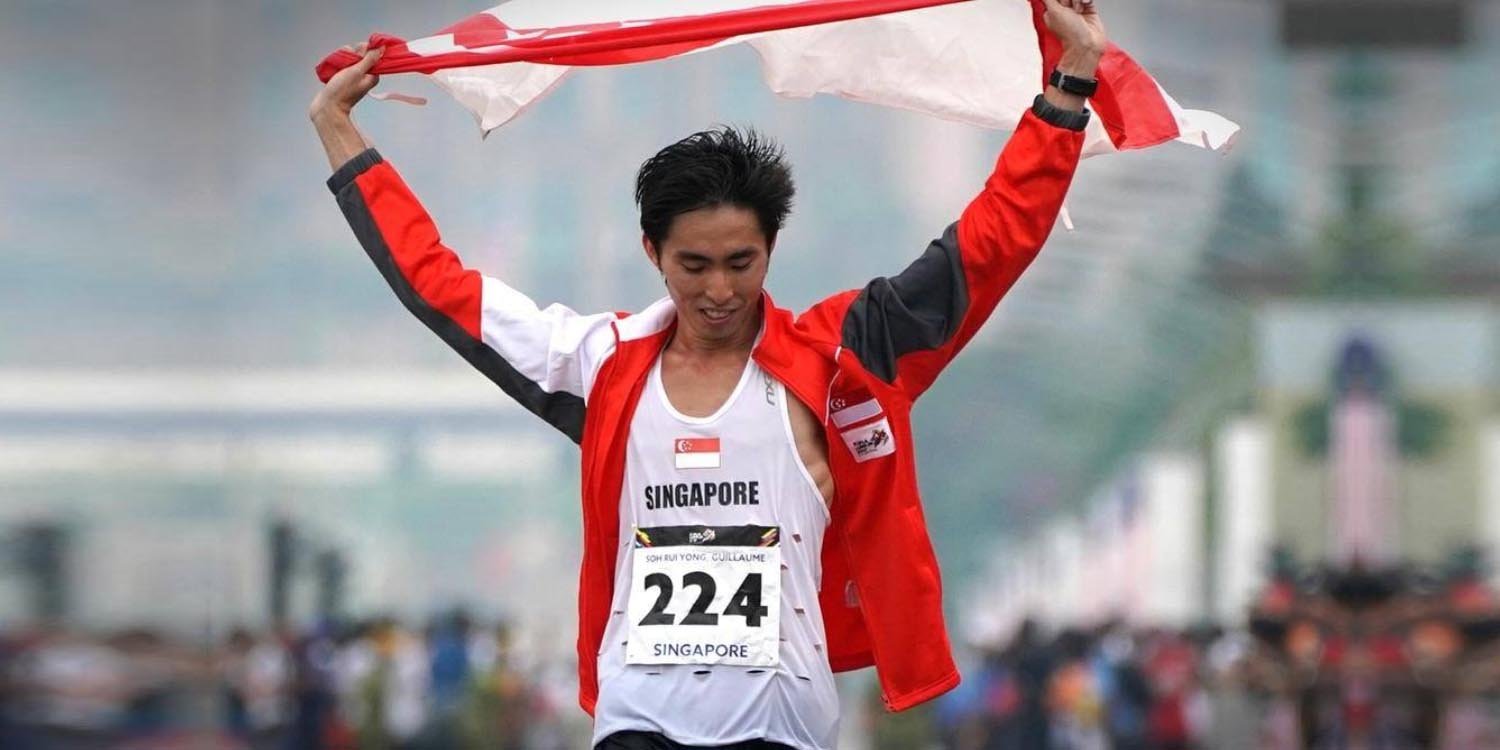 SA now has 7 days to furnish the missing details.

The compensation came 4 weeks after the High Court order, and covers “legal costs for insufficient particulars in their pleadings”.

His lawyers will be seeking further compensation for “wasted costs”, due to SA’s earlier resistance to pay.

Ahead of the defamation trial involving gold medallist Soh Rui Yong and Singapore Athletics (SA), things aren’t looking too good for the latter.

On Friday (14 Dec), SA has reportedly been ordered by the High Court to pay Mr Soh $8,000 in costs due to incomplete details to prove their claims against the athlete.

Mr Soh announced the result of the defamation trial’s preliminary hearing on his Facebook the same day. 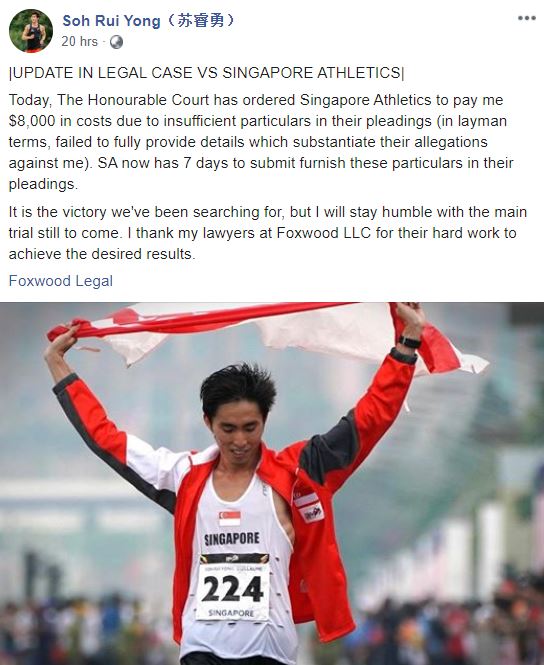 The sports association is required to furnish the missing details to strengthen their claims against Mr Soh in the next 7 days.

According to Mr Soh’s post, he said the High Court has ordered Singapore Athletics to pay him $8,000.

This is due to “insufficient particulars in their pleadings” – i.e. SA failed to fully provide information to substantiate their claims against him – as he kindly explained in layman terms.

SA now has a period of 7 days to submit these missing particulars in their pleadings.

Celebrating a victory ahead of the defamation trial

Mr Soh, in expressing his elation at the outcome, wrote,

It is the victory we’ve been searching for, but I will stay humble with the main trial still to come.

He also gave his thanks to his lawyers for successfully achieving the “desired results”.

According to Lianhe Zaobao, they learnt from Mr Soh’s counsel Mr Clarence Lun that the High Court had intended to hear 3 pleadings in the preliminary hearing on Friday (13 Dec).

However, due to fierce disputes between both parties, they were only able to complete the hearing of 1 pleading.

Hearing for the remaining 2 pleadings has been postponed to 8 Jan 2020.

Mr Soh and SA had locked horns with each other 4 months ago, after the marathoner’s non-selection for this year’s SEA Games in the Philippines.

SA made claims against Soh & was accused of defamation

Shortly after SNOC rationalised their decision as above, SA then issued another statement saying it accepted SNOC’s reasoning.

Both parties, however, did not elaborate beyond their given reasons. Mr Soh was displeased with SA’s statement, and accused the sports association of defaming him.

On 11 Sep, Mr Soh officially sued SA for defamation, and demanded “damages for libel, including aggravated damages” that will be assessed by the court. 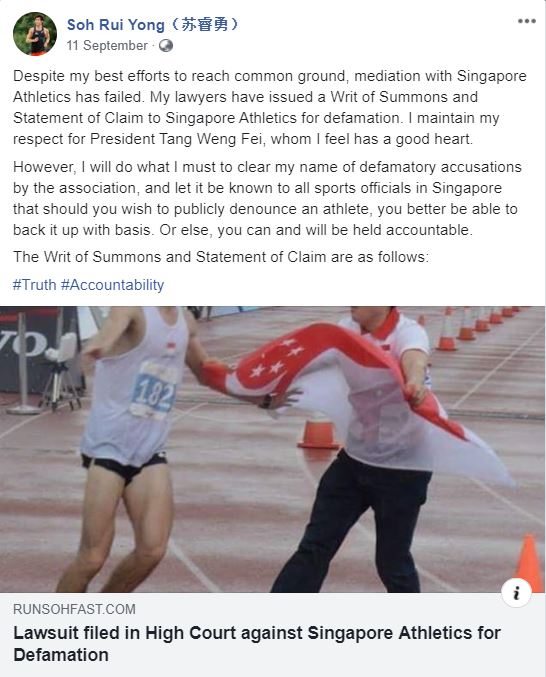 Waiting for SA’s next move

Even though we had initially hoped that the dispute would be settled without recourse to litigation, it would seem that both parties are heading into trial with adamantine will to make their case.

One can only guess the final outcome of the defamation trial once it begins. For now, we’ll wait to see SA’s next move within the following week.

What do you think of the High Court’s order? Let us know in the comments below.