The sport of Football in Singapore has seen better times. Gone were the years of regional domination in the mid-noughties. National games garnered massive crowds and tickets were impossibly hard to come by. Games against our neighboring countries brought the country together as if it was National Day.

With meager awards in place of national adoration, the local football scene today is far from its former glory. And an ex-footballer has a lot to say about that, in response to a Twitter post that went viral. 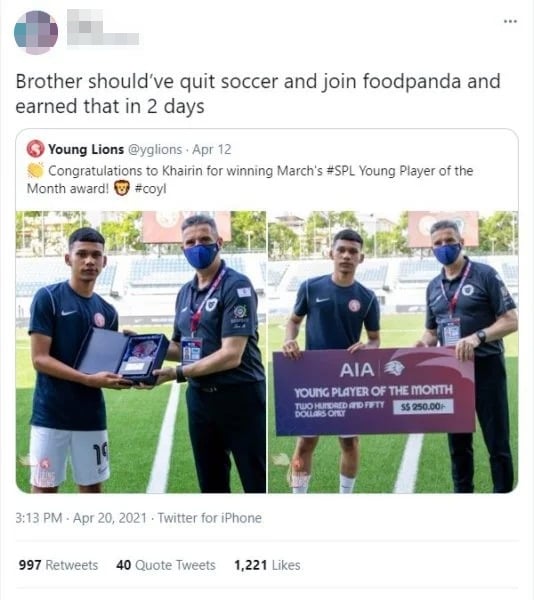 The original post showcased Khairin Nadim, a 16-year-old football player for the Young Lions, receiving the ‘Player Of The Month’ award for his performances.

He received a plaque and a cash incentive of $250.

The Twitter user then remarked that he “should’ve quit soccer and join foodpanda and earned that in 2 days”.

With the recent hoo-ha of a Super League being formed in Europe, it’s hard to imagine the sport being starved of finances. However, the case back home is different.

The tweet caught the attention of Facebook user Ibrahim, who has had experience playing in the Prime League, the second-tier of the Singaporean football pyramid. It was in operation for 20 years but folded in 2017. He recounts his time as a professional in the Prime League, where he earned $300 a month. His salary allegedly did not change even after 3 years of being in the league.

His own research into the matter resulted in him finding out the salaries of his peers.

It ranged from $800 – $1,000 for a National Football Academy (NFA) graduate, though he also heard of a player being offered a monthly salary of $1,200 from a team in the Singapore Premier League (SPL).

He goes on to explain that the salary does not justify the upkeep one has to undertake by being a professional in the sport, with a sudden injury possibly ending one’s career at any time.

With rising living costs, he expresses his concern for players who are allegedly still drawing the same salary despite having moved on to represent the country .

Calls for a major top-down reform

Of course, this is not the first time we’ve heard about the declining state of football here in Singapore, but this recent revelation could bring something new to the discussion. 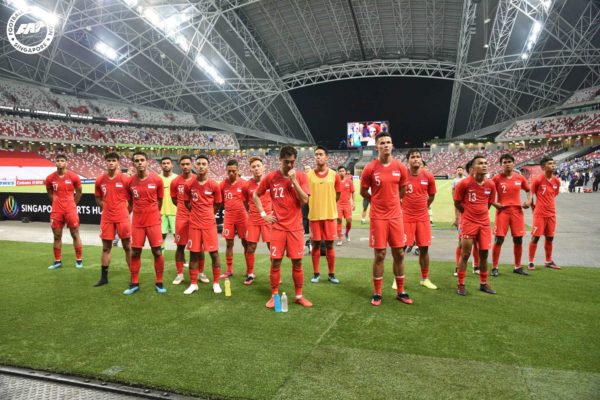 Ibrahim asks that the relevant football agencies relook their payment structure as a means to improving the sport in Singapore.

In light of the ‘Goal 2034’ plan laid out by the Football Association of Singapore (FAS) earlier this year, he hopes that these changes could allow the nation to select from a bigger pool of players.

A goal to strive for

With lofty ambitions for the country’s national sport being lobbied every other year, we can only hope that progress towards those goals come sooner rather than later.

It may be difficult to accept the present when the past shined as brightly as it did, but with careful navigation, a better future for the sport may not be as distant as it seems.

Have news you must share? Get in touch with us via email at hello@mustsharenews.com