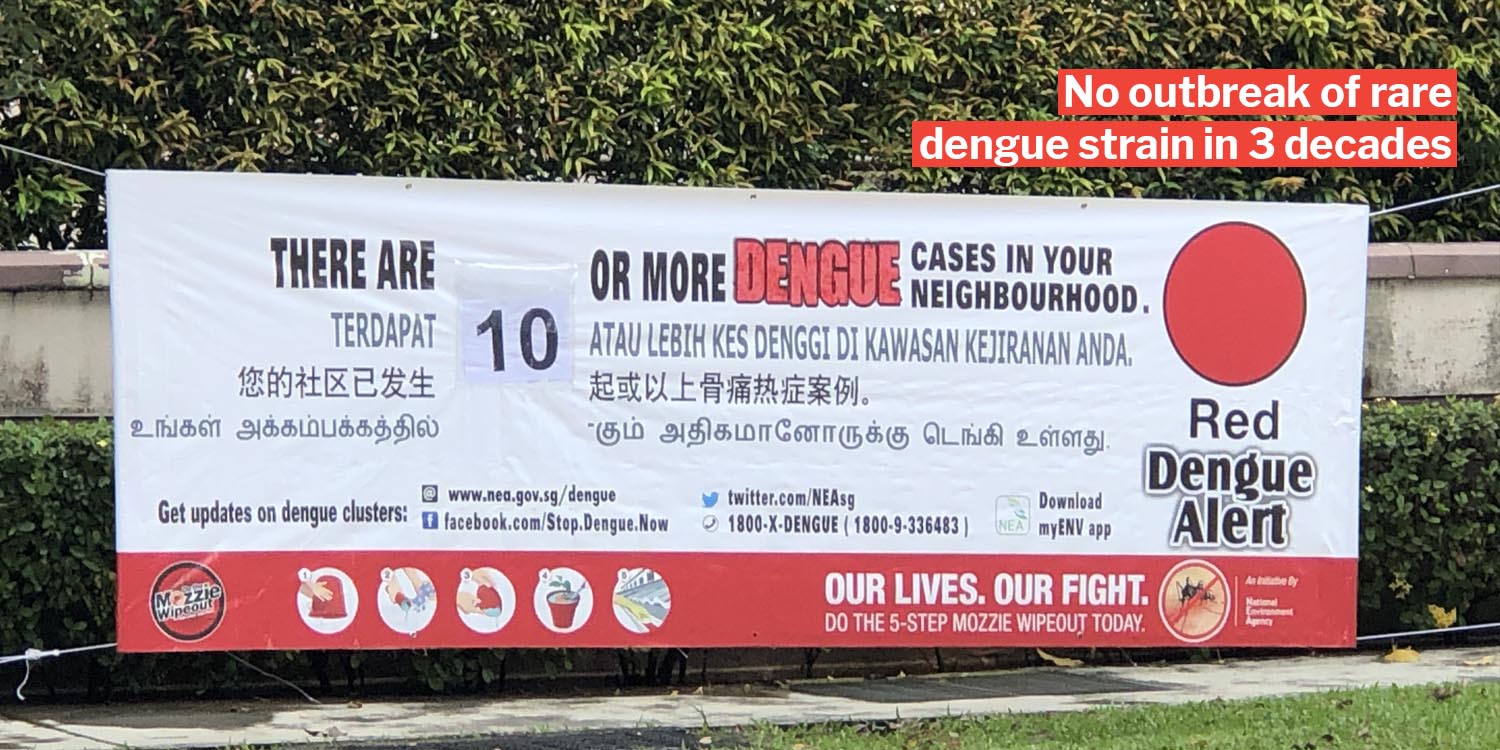 When it rains, it pours. The rare DenV-3 strain of dengue fever appears to have made a comeback after a 3-decade absence, with nearly 800 cases reported in the past 2 weeks. 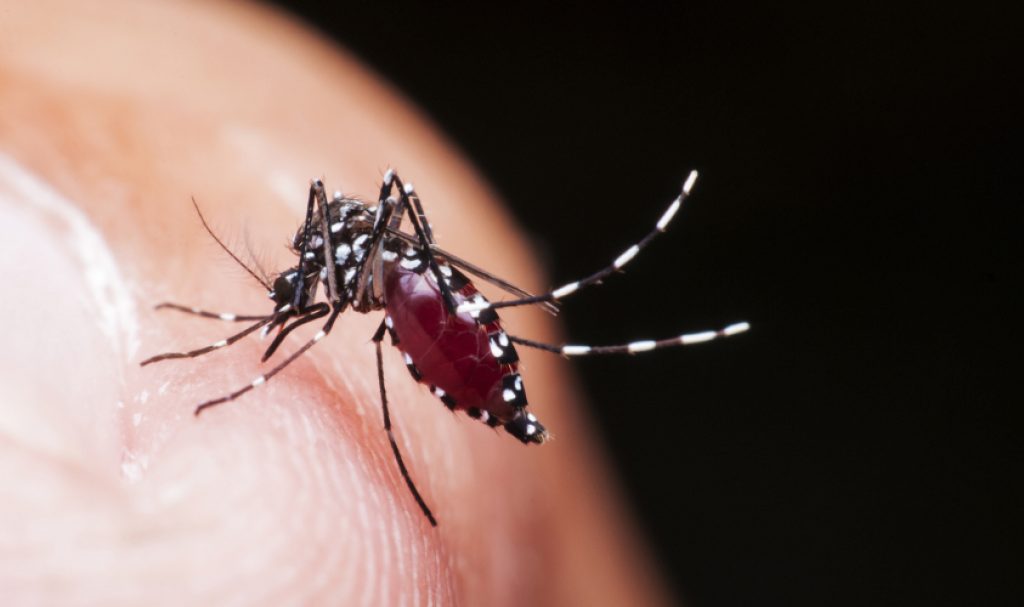 The National Environment Agency (NEA) reported 63 cases in the 24 hours between 9-10 Feb alone.

The NEA reports that a switch in dominant serotype usually precedes a large outbreak. Typically, Singapore sees switches between DenV-1 and DenV-2, according to the Straits Times.

Since 2016, DenV-2 has been the dominant strain in Singapore. DenV-3 infections began picking up 3 months ago, and today, they represent the lion’s share of new cases. 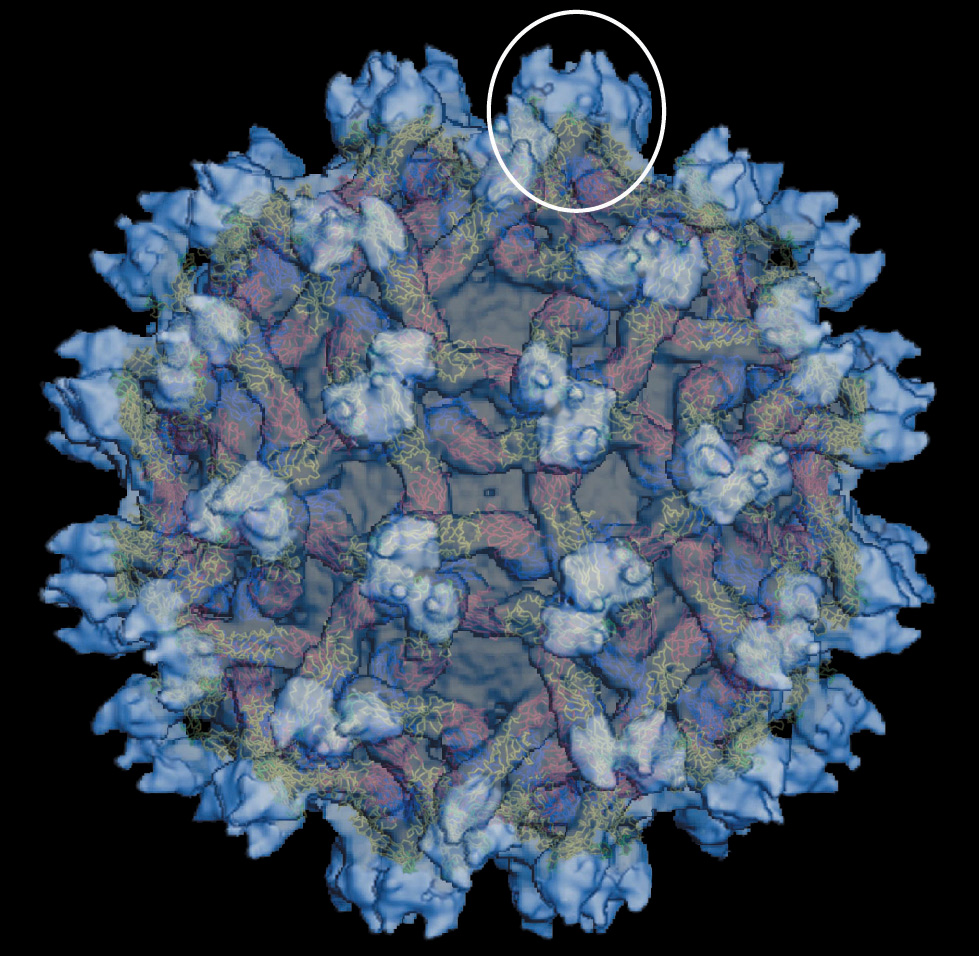 A computer simulation of a dengue particle
Source

Numbers across all fields have risen this year. Compared to the same period last year, the number of new infections has nearly doubled, at 1,723 versus 1,057. This also constitutes the all-time high since 2016.

20 dengue deaths were recorded last year, the 3rd highest figure in recent memory. No deaths have occurred this year.

NEA has noted that the prevalence of DenV-3 cases is some cause for concern, stating that it indicates a larger proportion of people are now vulnerable to dengue. As for what can be done to combat this new strain, NEA reiterated responsible community action to manage mosquito breeding is still the key.

The 5-step Mozzie Wipeout is the most effective measure available to controlling the spread of the virus.

Presently there are 23 ‘red’ Dengue clusters according to the NEA website, ranging from 10 to 166 cases.

A cluster is defined as “when 2 or more cases have onset within 14 days and are located within 150m of each other (based on residential and workplace addresses as well as movement history).” 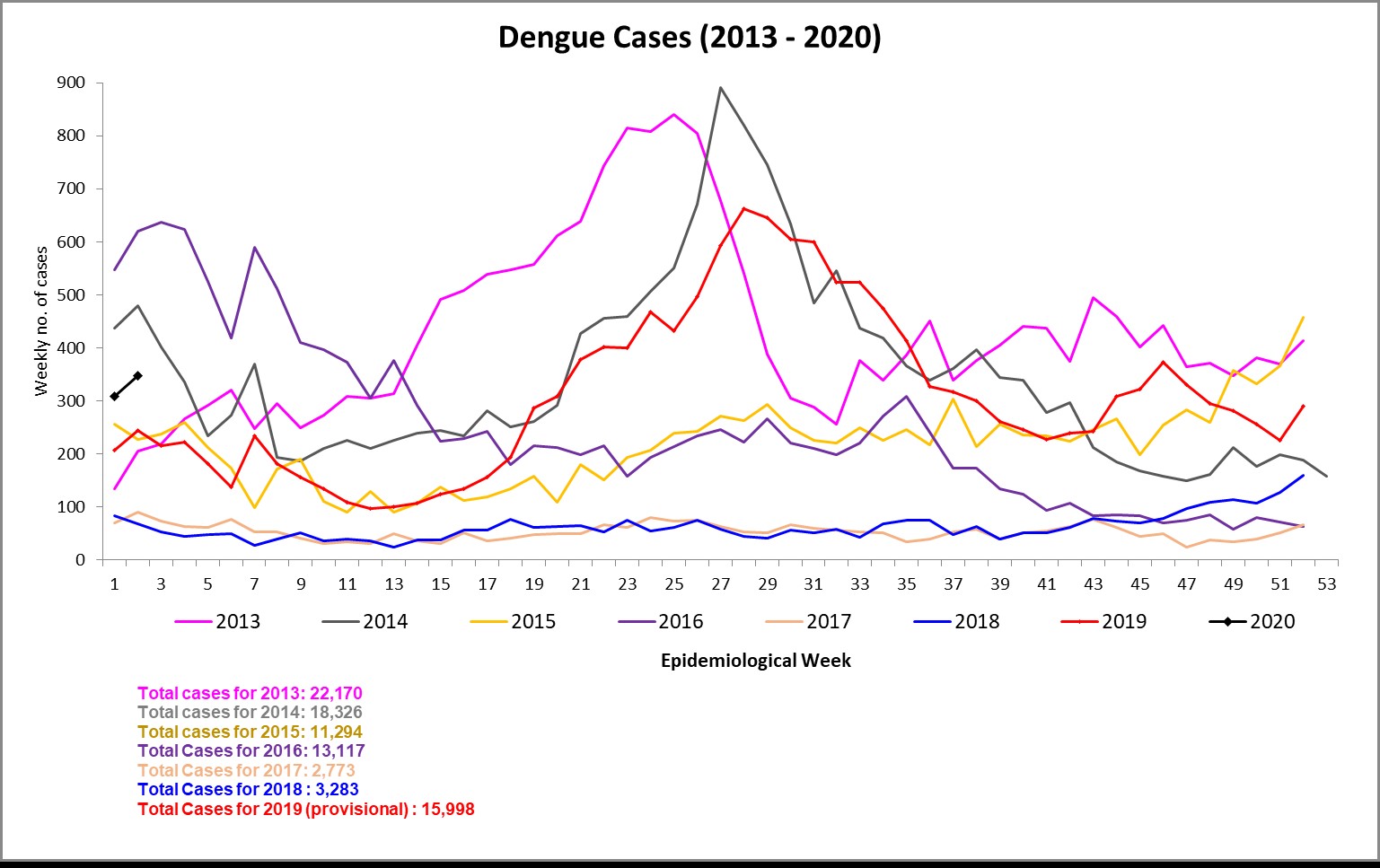 Dengue however is nothing new to Singapore, and it is most definitely here to stay. So long as we continue fighting it as a community, this latest rash of infections is bound to pass as well.