During ‘Circuit Breaker’, skies were splashed with rich, gorgeous colours of dusk, as Singaporeans were treated to exceptionally beautiful sunsets.

There was even a majestic spectacle of double rainbows at one point, appearing right after a torrential rain.

Our skies today may not boast the same marvel they once did, but there was something about yesterday’s twilight that drew many Singaporeans to capture it all the same.

To some of them, sunsets are more than just alluring — they are almost therapeutic as it gives them a sign of better things to come.

A light at the end of the longkang

Redditor u/Acehighsg was in Toa Payoh and spotted the chance to immortalise the sunset — with Lorong 8’s canals drawing your attention immediately to the light. 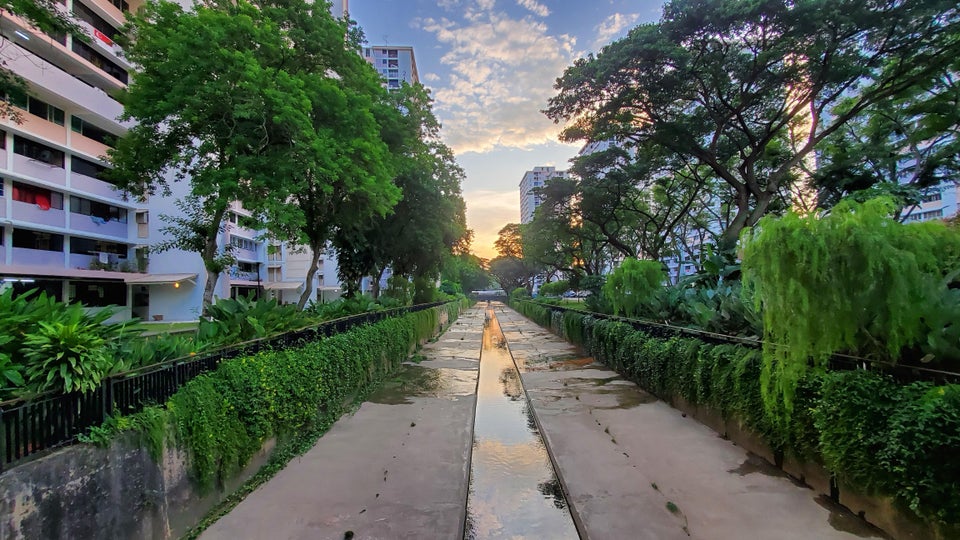 A spectacular example of leading lines in photography, we’d say. A user immediately saw the chance to comment:

A light at the end of the longkang.

A beautiful caption worthy of an equally mesmerising photo.

Sunset with a dash of nostalgia in Thomson

Fellow Redditor u/ShaunUgLee was in Thomson Nature Park, showing us how enchanting sunsets can be. With rays gently bursting through the thick canopy of trees, perhaps this is what enlightenment looks like. 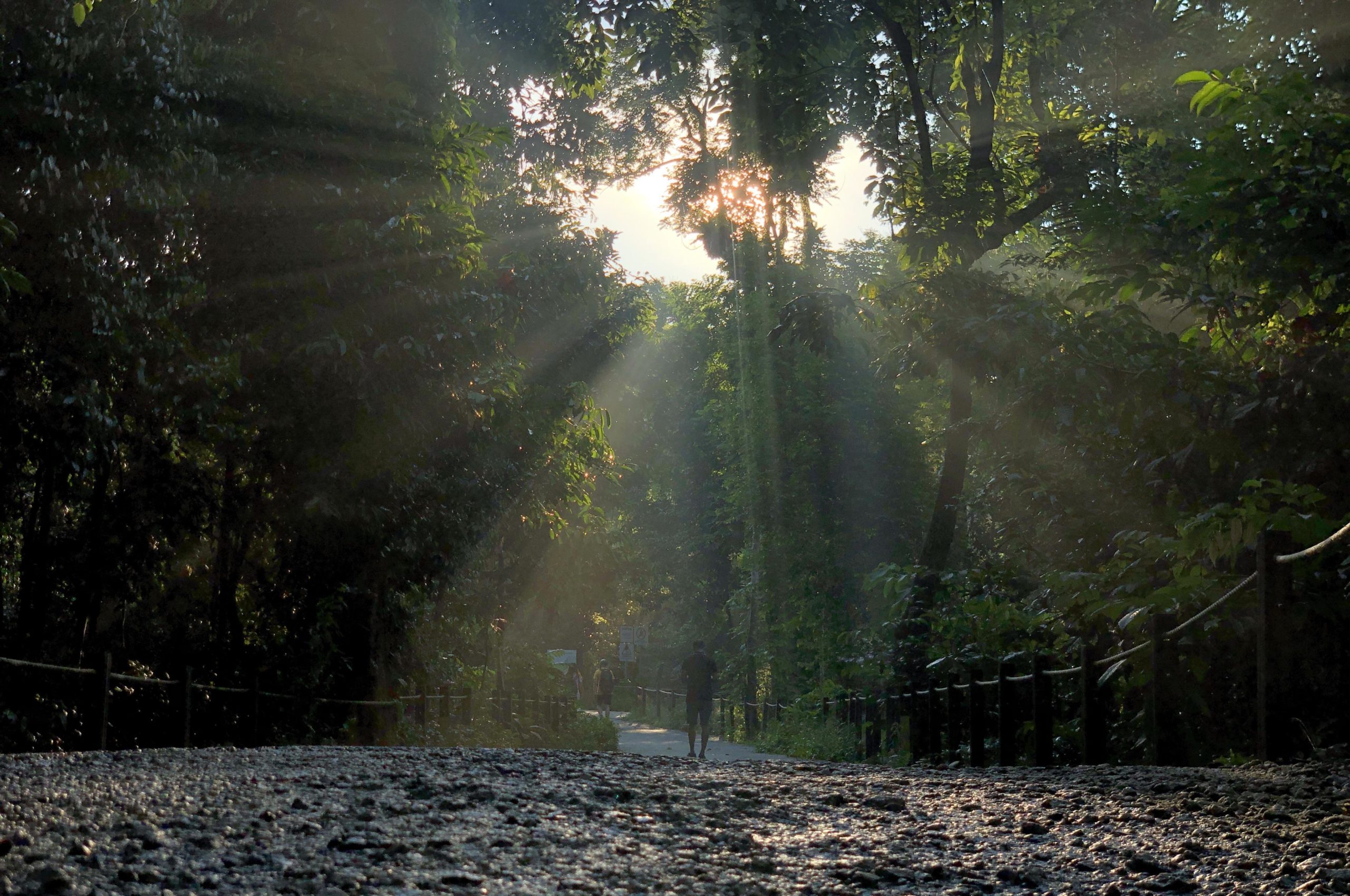 The Redditor highly recommends a visit to this place after lunch or dinner.

Lots of wildlife and artefacts from an abandoned Hainan village!

To some, this photo evoked feelings of nostalgia, as they recall hearing stories of kampung days from their ah gong.

Meanwhile in Woodlands, Redditor u/BensReddits shared that this was his first time seeing a rainbow in his neighbourhood in 3 years. 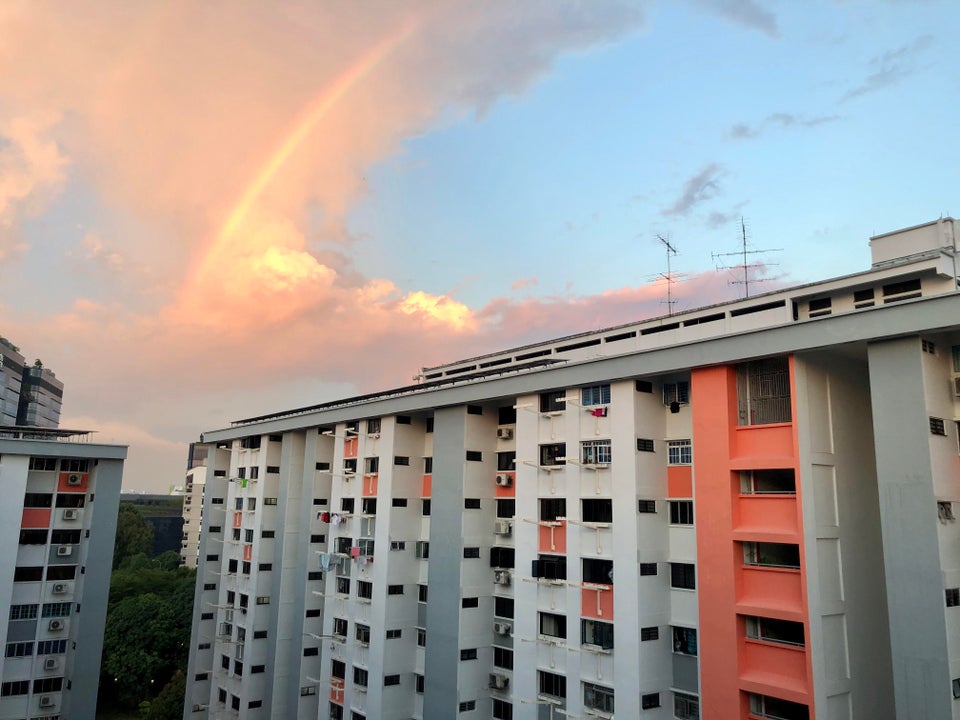 u/hairlikeamop related that they went home yesterday with a ton of worries on their mind. But upon seeing a rainbow in the sky, they felt a sense of assurance that “good things will come soon”. 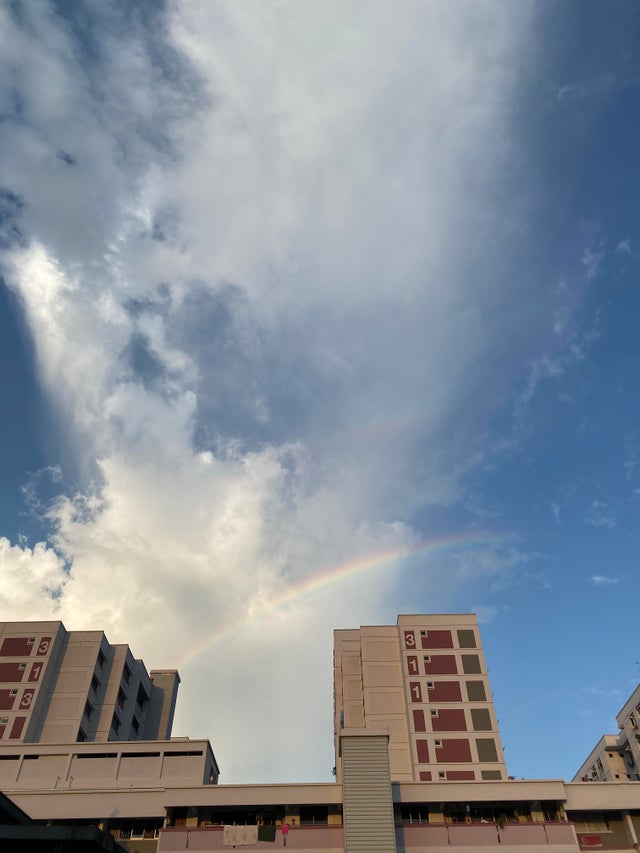 All the way down south in Gardens by the Bay, a visitor was also treated to vibrant colours of gold in the evening. 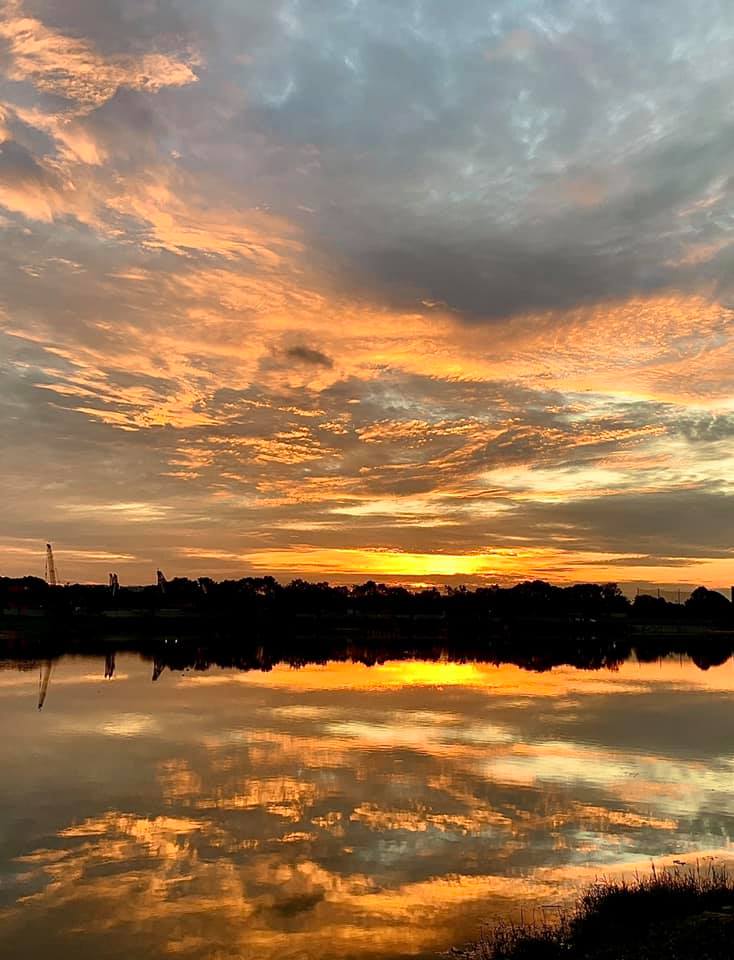 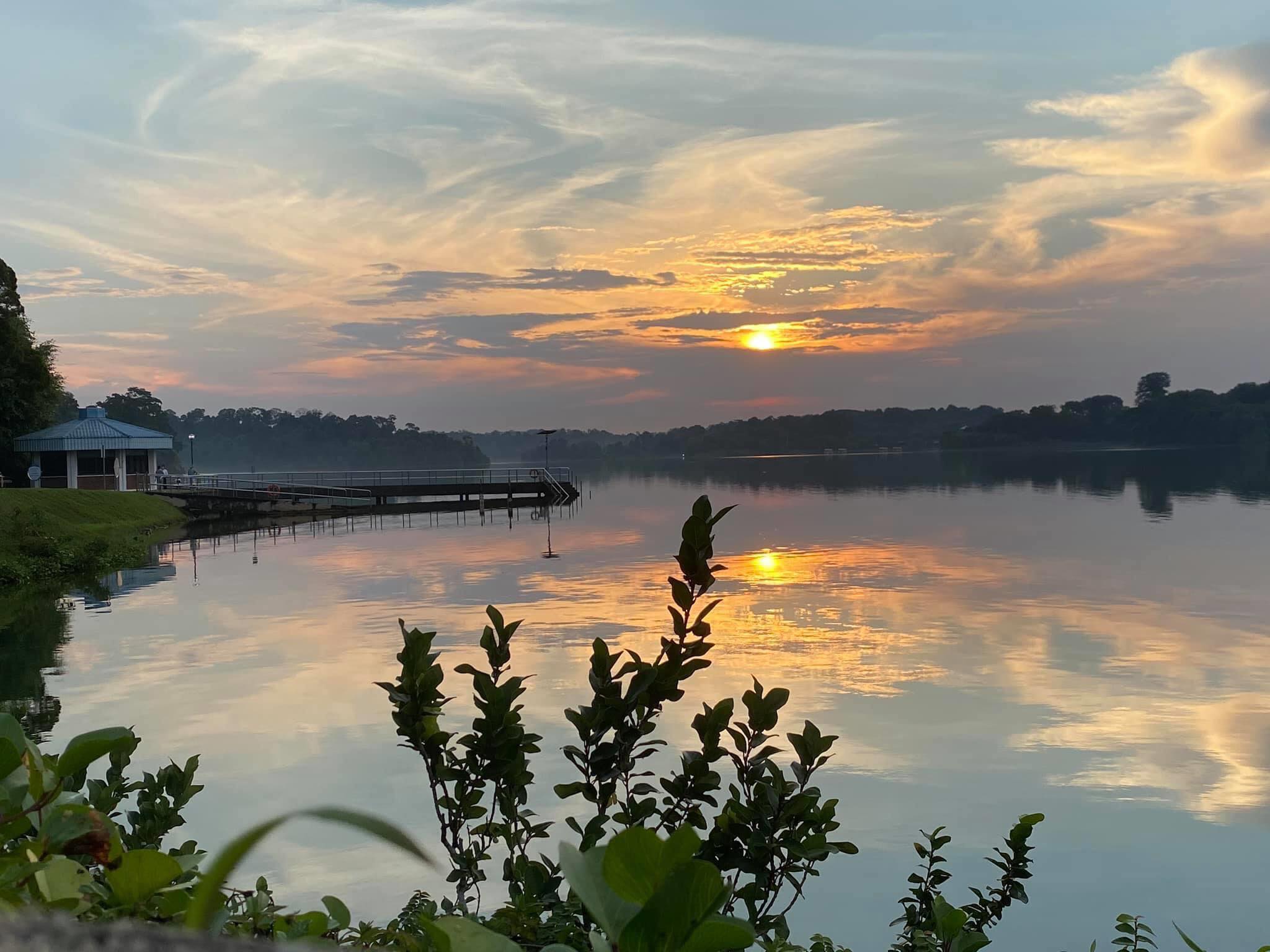 Photographer Ms Jenny aptly calls it “sunset therapy”. Sunsets may be fleeting, but perhaps that’s what makes us appreciate them even more.

Sun will shine again after the worst storms

The weather has been rather unpredictable of late. One week we’re drenched in sweat from the heat, another we’re relishing cooler weather thanks to heavy showers.

But as they say, even after the worst storms, the sun will shine again.

As the world grapples with a pandemic outbreak with seemingly no end in sight, we’ll just have to stay strong and vigilant so we can weather the storm together.

After all, weathering the storm, is the only way we’ll see sunshine again. Like you, we can’t wait to live in peace times once more. Till then, let’s keep our heads high and soldier on.