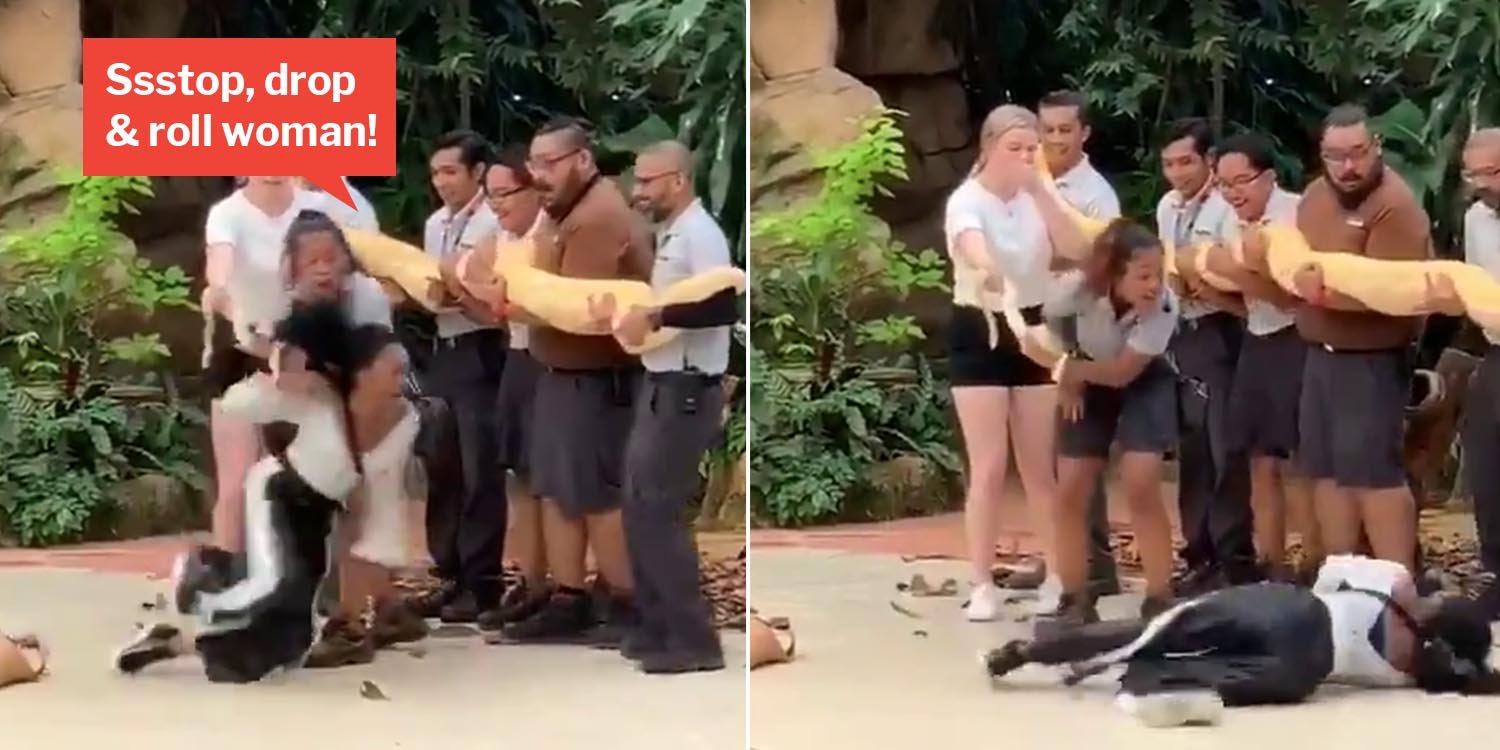 Going to the zoo is a fun & exciting experience no matter how old you are. You can get up close & personal with animals you don’t see on a daily basis — an amazing opportunity, no doubt.

Can we all agree that snakes are creepy though?

A woman apparently found these cold-blooded creatures so frightening that she literally rolled her way out of an animal show at Singapore Zoo.

Tourist mustered the courage to touch a small snake

We first see the “star” of the video – the lady standing in the centre wearing a hat – looking somewhat brave.

Though visibly nervous, she could pluck up the courage to touch a smaller-sized snake by letting out a tiny shriek while smiling.

Then came the moment that ruined it all. A group of Singapore Zoo personnel sneakily came in from behind, carrying a slithery surprise.

It was a gigantic python. The woman was not ready for it.

Impending shock coming in from the right.

Stopped, dropped & rolled herself to Nopesville

“Surprised” is the understatement of the year when describing the woman’s reaction.

She immediately scrambled, rolled onto the floor & ran all the way to the back of the stage because of her intense phobia.

Pretty sure this phrase was going through her mind at that moment.

Snakes are the star of the ‘Rainforest Fights Back Show’

Although Ms Rodriguez didn’t specify the location, we quickly identified it to be at the Rainforest Fights Back Show at Singapore Zoo.

The longstanding event is famous for giving visitors the chance to touch a snake.

With this video? Oh, for sure.

Jokes aside, we do hope the woman didn’t injure herself when she collapsed onto the ground rolling.

Do you know anyone with intense fear of reptiles? Share your experience with us in the comments below.