UPDATE (11.32pm): Malaysian police are currently escorting the boy back to his parents. His father has lodged a police report, according to a netizen’s update.

Getting separated from your loved ones can be a devastating experience. What more when the person is a mere kid.

Luckily for this 5-year-old Singaporean boy, kind strangers found him alone at a rest stop in Johor after he got separated from his parents.

One of them took to Facebook, seeking the help of netizens to spread the word.

According to the post on Saturday (14 Dec), the 5-year-old was all by himself at the Petronas petrol station Machap R&R rest area.

Based on the comments, we learnt that the kid has been separated from his parents for at least 3 hours at the time of writing.

It’s been 3 hours. His parents hasn’t come back to find him. Boy’s been crying until he has no voice. What’s strange is that no neighbours, teachers, students, relatives, or friends recognise him. Feeling a bit glum about this.

While little is known about the circumstances that led to the 5-year-old’s plight, the OP hopes that everyone could help spread the word so that his parents can come back for him.

Call petrol station staff if you have information

If you know the poor boy’s parents, firstly, you should definitely start calling them. Alternatively, the post has also provided a Malaysian number you can contact: +6010-9861 530.

Hopefully, the power of the Internet will reunite this separated family, and put an end to the boy’s distress. 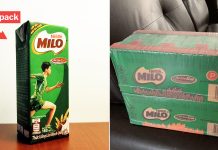 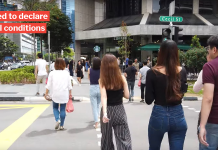