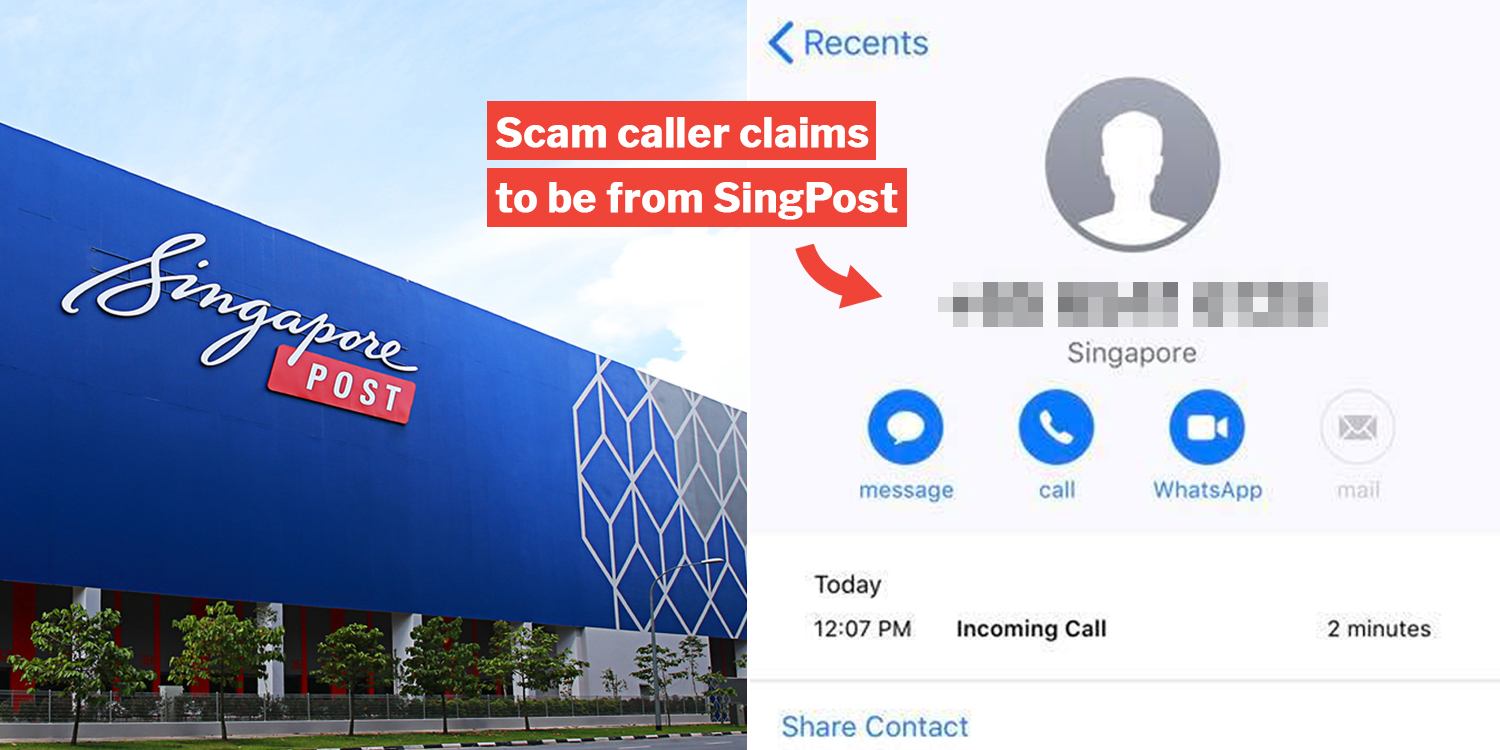 Phone impersonation scams have been on the rise lately, with scammers pretending to be from Singtel and even the Supreme Court.

Now, there appears to be a new phone scam in town with scammers claiming to be from Singapore Post (SingPost).

Ms Shahidah, who recently received a call from these scammers, took to Facebook to warn others about this latest scam.

Here’s her post in full, we also break it down for you after the jump. 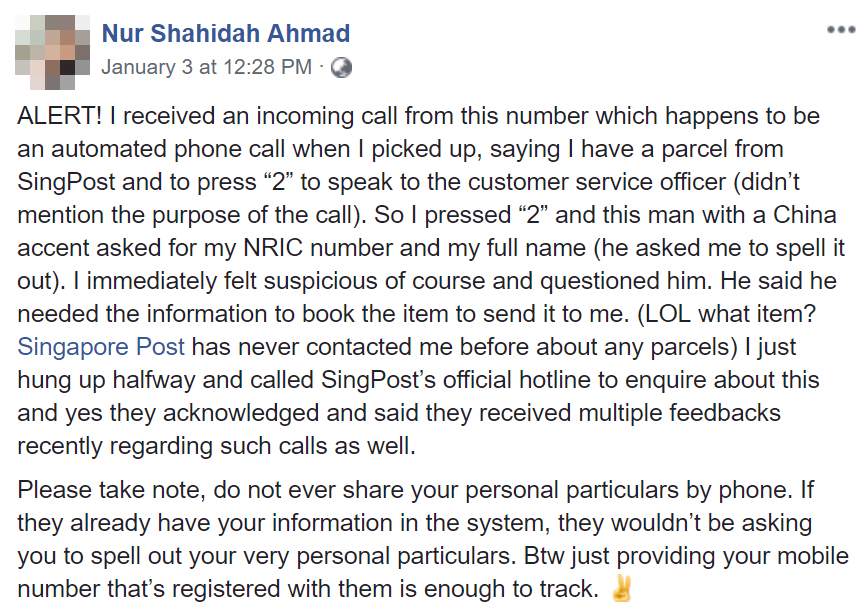 Scammer pretended to be from SingPost

On an unspecified date, Ms Shahidah received a strange automated phone call from a local number.

The automated response allegedly told her that she had a parcel from SingPost, and was told to enter “2” on her phone to speak to a customer service officer.

Curious, she keyed in “2” as instructed.

According to Ms Shahidah’s post, she was referred to a man who spoke in a distinct Chinese accent.

The man then allegedly asked for her NRIC number and full name, claiming that they required it to book and deliver the parcel.

Feeling that something was amiss, Ms Shahidah hung up the phone and immediately called SingPost for clarification.

Apparently, Ms Shahidah wasn’t the only person to have received such a scam call. SingPost claimed they have also received similar complaints lately.

MS News have reached out to the police and SingPost for more information regarding this new phone scam.

Should you receive similar impersonation calls yourself, here’s what you should do, according to the police.

You may also call the Anti-Scam Hotline at 1800-722-6688 for advice or visit www.scamalert.sg for more information on scams.