She evacuated the flat but thought he was outside working.

A fatal fire at a Jurong East HDB flat yesterday (16 Aug) resulted in the death of a 48-year-old man. Though the flat caught fire again this morning (17 Aug), there were, fortunately, no injuries.

On the day of the first fire, the victim’s sister managed to evacuate the unit before Singapore Civil Defence Force (SCDF) firefighters arrived at the scene.

Unfortunately, she thought her brother was working outside and did not realise that he was still in the unit.

Upon hearing that he’d passed away, she broke down in tears.

According to Lianhe Zaobao, 50-year-old Huang Xiumei lived in the affected flat, located at Block 236 Jurong East Street 21, with her brother.

She reportedly works as a newspaper seller at a bus stop nearby, and also sells Yakult drinks part-time.

On Tuesday (16 Aug) night, Ms Huang woke up in the middle of the night and found that an electric fan had caught fire.

After attempting to put the fire out, she fled the house.

However, she was unable to contact her 48-year-old brother Huang Mingquan.

His body was found in the unit later by firefighters. 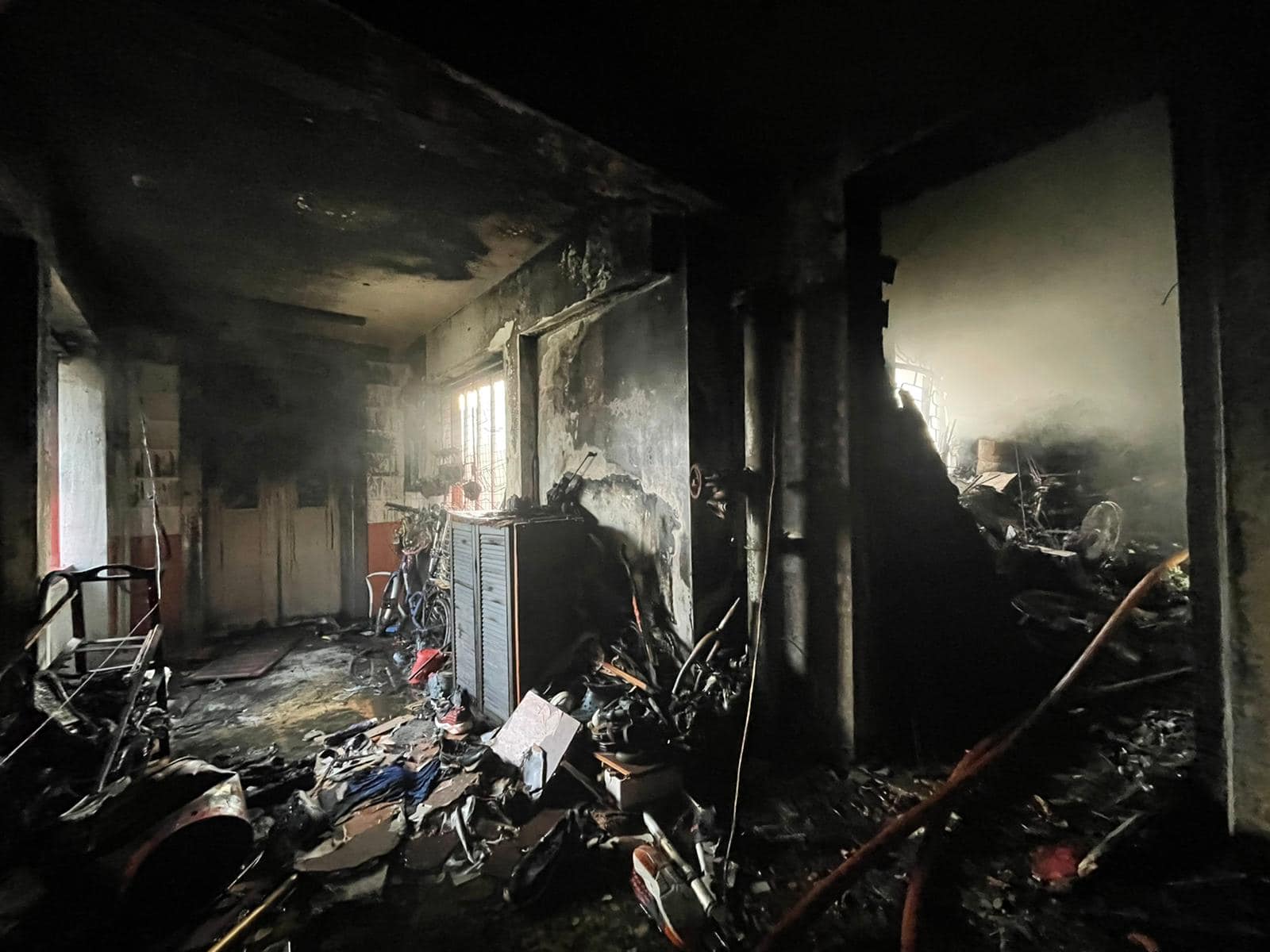 Because Huang Mingquan worked as an electrical appliance repairman, his working hours were not fixed and so he would usually be uncontactable.

Thinking he was working at the time, his sister did not think much about the situation.

Sadly, when she found out that her brother had died, she started crying and squatting on the ground.

The unit’s neighbour, a 56-year-old IT analyst, noted that he was woken up by an “explosion” when the fire broke out.

The power in the unit went out and smoke also entered through the windows and doors.

The family of three was unaware of how large the fire was but initially decided to stay in the unit as they were under the assumption that their door was fireproof.

But around five minutes later, firefighters arrived and broke the door down after they found that the door handle was hot, evacuating the residents.

According to the neighbour, the affected unit was piled high with debris and used appliances, spilling out onto the corridor.

He mentioned trying to sell his flat previously but potential buyers were always put off by the debris along the corridor.

Other neighbours knew Ms Huang and described her as kind-hearted and friendly, one of them even saw her wheeling a neighbour to a physical therapy centre for treatment.

They’re worried about her family’s economic situation, as she gets by only selling newspapers.

Ms Huang is currently staying at the Loving Heart Multi-Service Centre, but it is unclear where she can live next as her house had been badly damaged.

Condolences to the man’s family

This incident was terribly unfortunate and we can’t imagine how Ms Huang must be feeling at the moment, having lost both her home and sibling in the fire.

We offer our condolences to Ms Huang and the rest of her family and hope she will be able to find a place to stay permanently.