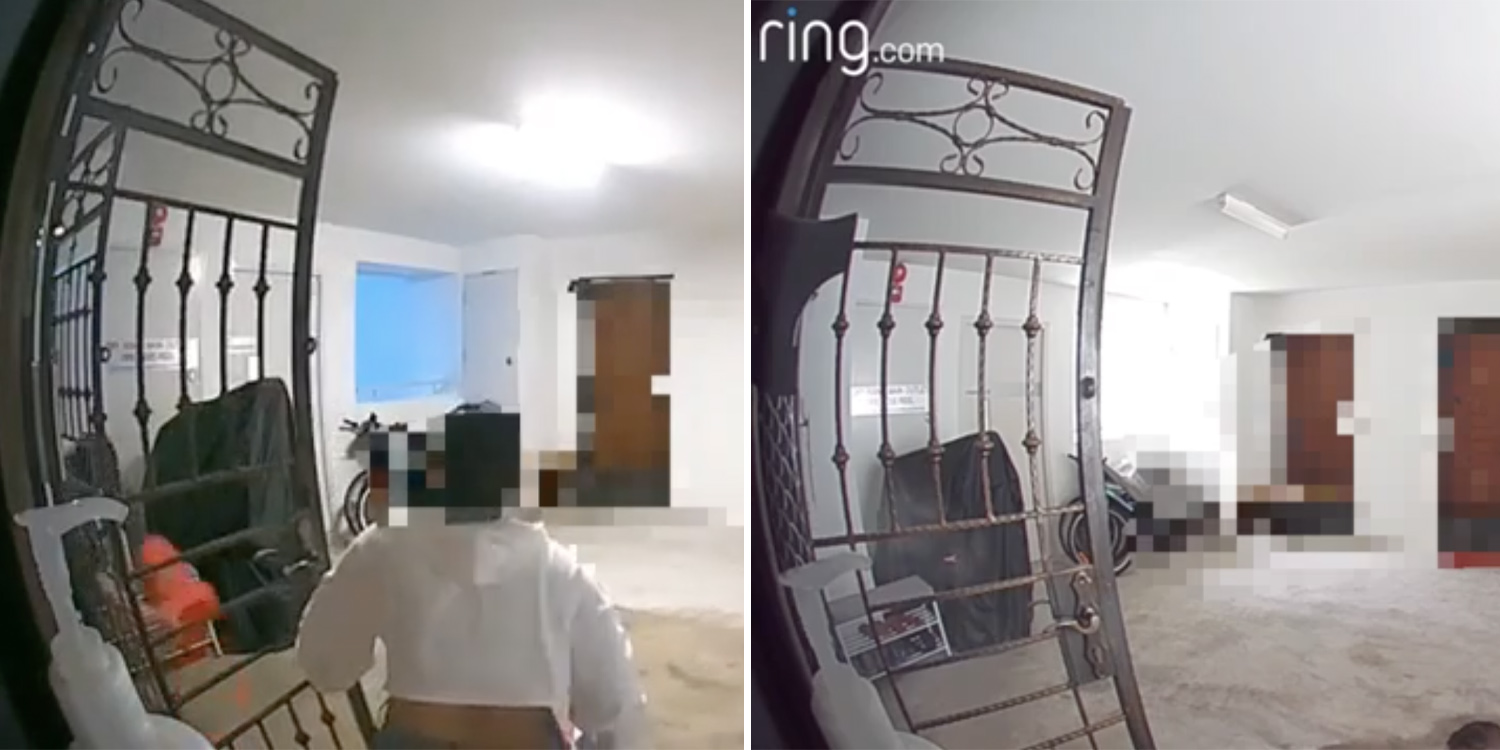 As Singapore continues to grapple with containing Covid-19, fear of the virus in the community has, unfortunately, led to discriminatory behaviour against some nurses.

One nurse who works at Sengkang General Hospital claimed that he has been dealing with harassment from his neighbours for a year.

Since last year, his neighbours – a 55-year-old man and a 48-year-old woman – have reportedly been harassing his family by spraying disinfectant and pouring soap water at their home while shouting vulgarities. 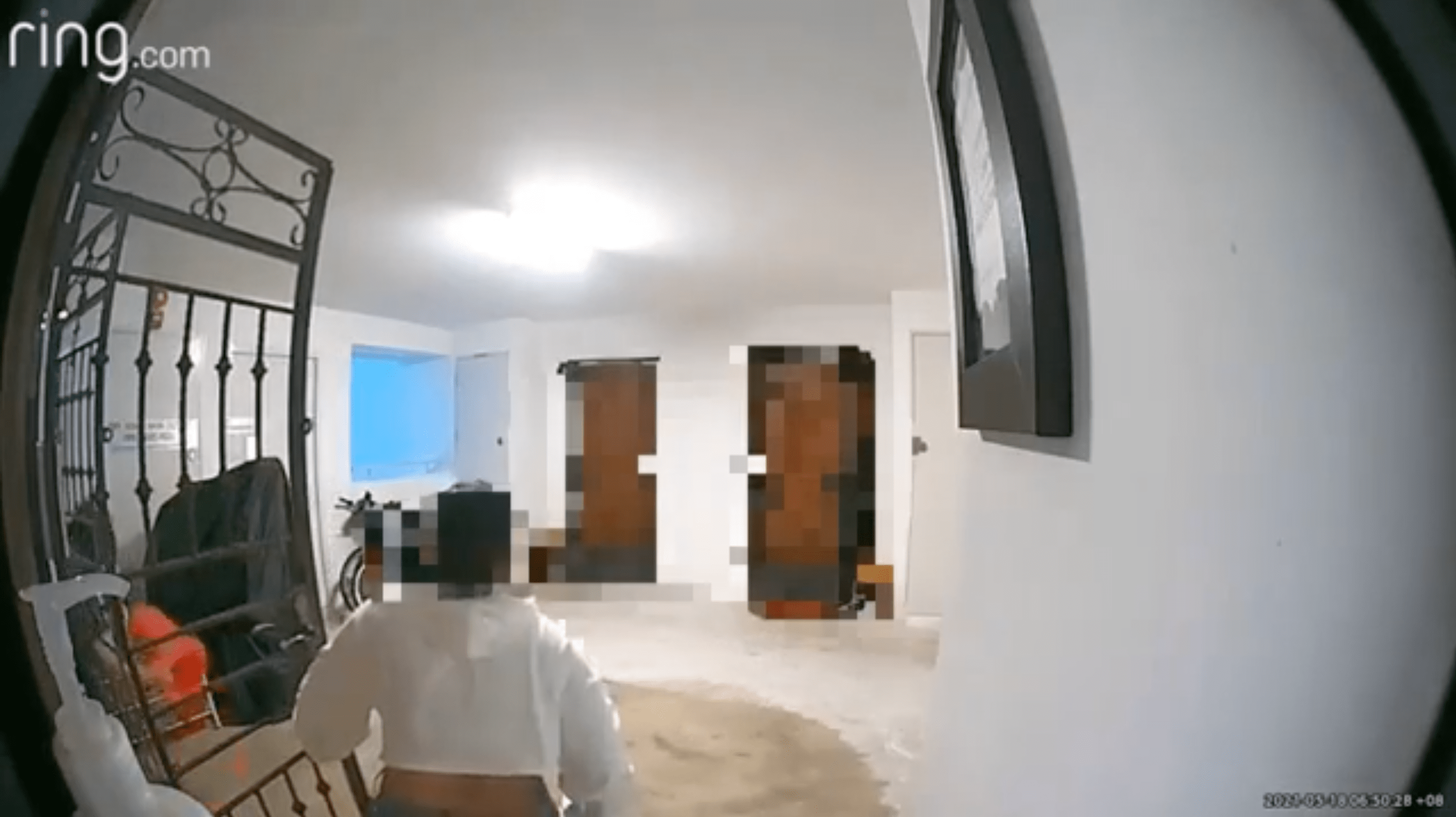 The family has lodged multiple police reports since 15 May 2020.

On Thursday (20 May), police said that the man and woman would be charged for allegedly harassing their neighbours.

Couple accused of harassing SKGH nurse & his family since Covid-19

The nurse said he has been living in his Punggol home for 6 years with no problems until last year when Covid-19 hit Singapore.

According to his Instagram story posted 53 weeks ago, one of his neighbours shouted and cursed at his wife, accusing the family of spreading the virus. 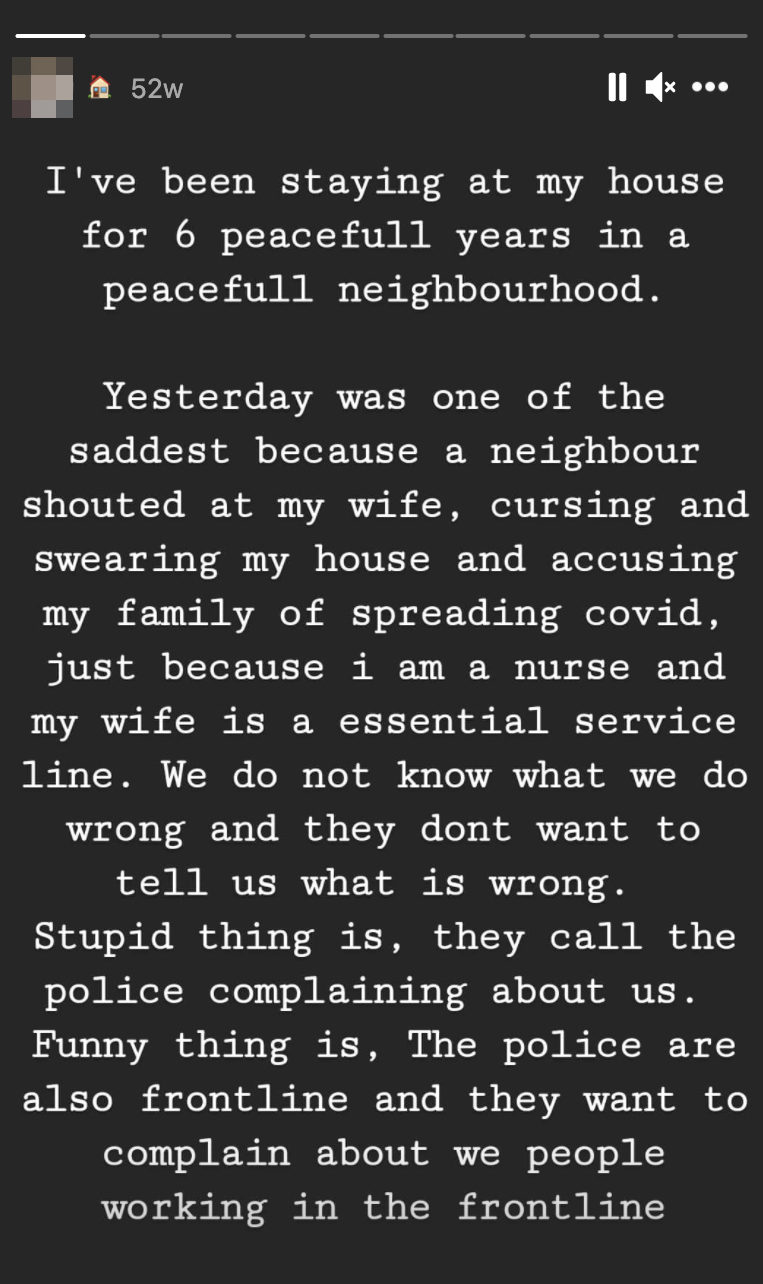 He believes they were doing this because he is a nurse and his wife is a staff in essential service.

The nurse shared that while he and his wife could endure such treatment, he was worried for his kids.

Things soon escalated when their neighbour allegedly spat at their house.

Following that, their neighbour allegedly sprayed disinfectant and water at their house, saying they hope the virus stays in their house.

It came to the point that even his kids were afraid to come home.

Unable to bear it any longer, the nurse lodged a police report. However, the office apparently told him to lodge a magistrate report separately as the police could not take action without a court order.

His family took some time to deliberate whether they wanted to pursue the case further.

Over time, the neighbour’s harassments continued as they allegedly poured soapy water and hurled vulgarities at the family.

According to an Instagram post, this is done at inconvenient times, such as when his wife is leaving for work.

After a long day, they would sometimes return home to a fresh puddle of soapy water and would have to clean it up, or it will be slippery. 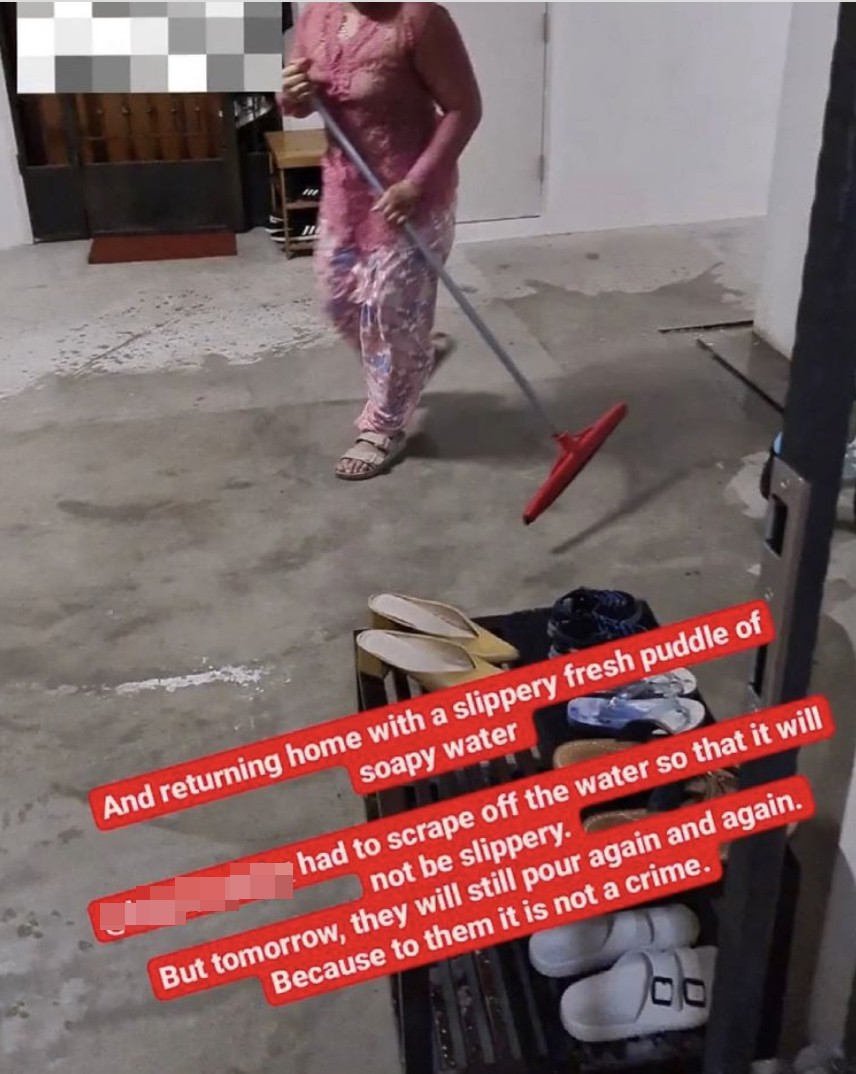 Some days, the nurse said the disinfectant smell was so strong that it could cause his young son to cough. And when this happens, the school won’t allow him to enter.

Couple to be charged in court on 21 May

According to Channel NewsAsia (CNA), the couple will be charged for allegedly harassing the nurse and his family on Friday (21 May).

The man, 55, and the woman, 48, were also accused of using vulgarities to insult the victims and splashing water at the common corridor.

Police said they started receiving reports of the incident from 15 May 2020. Additional reports were filed between Oct 2020 and Jan 2021 when investigations were ongoing.

CNA also noted that both families involved had attended mediation at the Community Mediation Centre in Jun 2020 to seek resolution.

Police are also investigating the woman for additional offences that were reported last month. She will be slapped with an extra charge for allegedly causing public nuisance in a separate incident.

It is worrying and disconcerting that frontline workers face such discrimination as they serve the nation during a pandemic.

After all, they work tirelessly and deserve to rest in a safe, comfortable home at the end of the day.

As the battle against Covid-19 continues, remember to show your support and treat our frontliners with kindness.