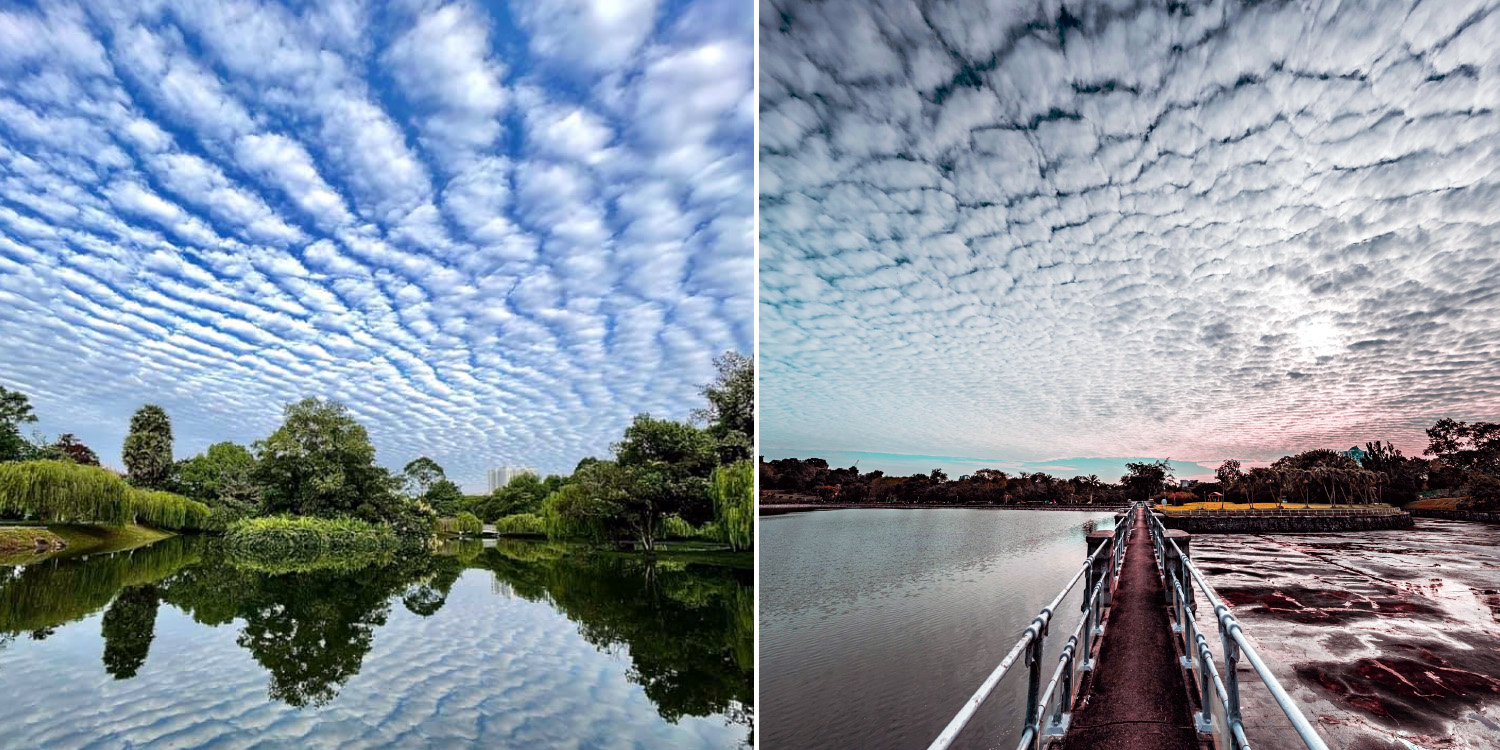 Mother Nature has been pretty awe-inspiring of late. Since the start of the year, we could enjoy 21-22°C sweater weather that’s rather rare for our tropical climate.

Ominous-looking clouds have also taken over the sky before a thunderstorm, gifting us with photos that look like it could have been the poster image for doomsday movie Independence Day.

Now, right after yesterday’s glorious thunderstorm, a magnificent scene unfolded before our eyes this morning as waves of fluffy clouds overspread Singapore’s sky. 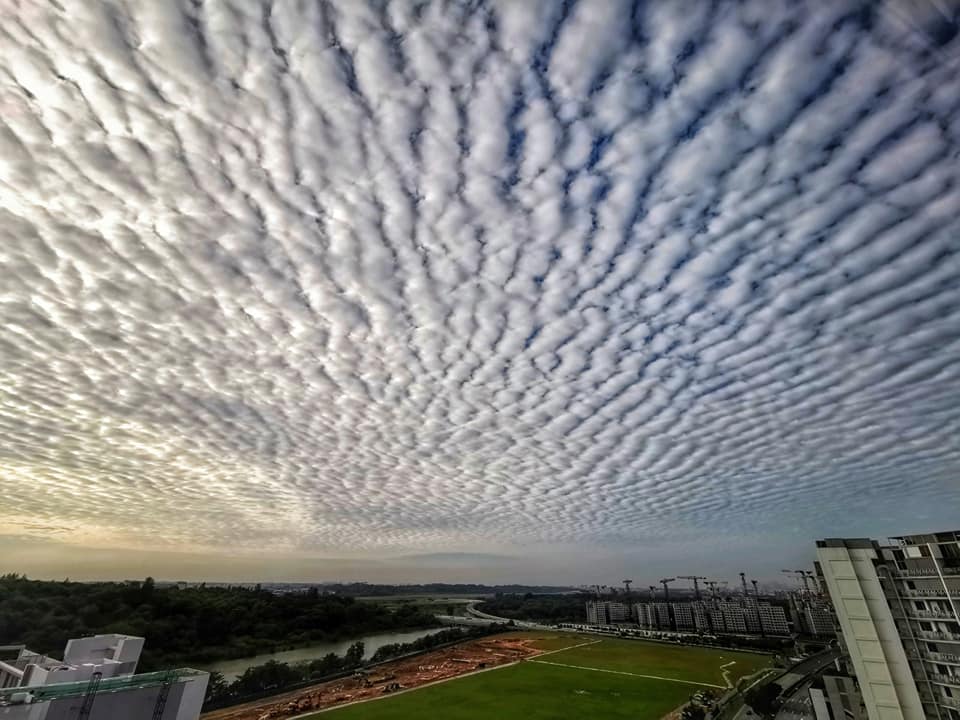 On Sunday (24 Jan) morning, early risers were treated to a spectacular view of densely packed wavy clouds stretching endlessly across the sky.

A shot of the clouds at Braddell View
Source

It prompted many skywatchers to take pictures, so they can immortalise the unique cloud formation. Many nature enthusiasts uploaded their photos to the CloudSpotting Singapore #SgCloudSpotters Facebook group.

We’re no cloud experts, but after doing some research, it is likely that this particular cloud formation is called altocumulus stratiformis.

According to science news website ZME Science, it looks like “a bunch of flat-bottom puffy clouds packed tightly together but separated by small streaks”.

Sometimes, the clouds could even extend over the entire sky, exactly like what we’re seeing in pictures captured by Singapore residents. 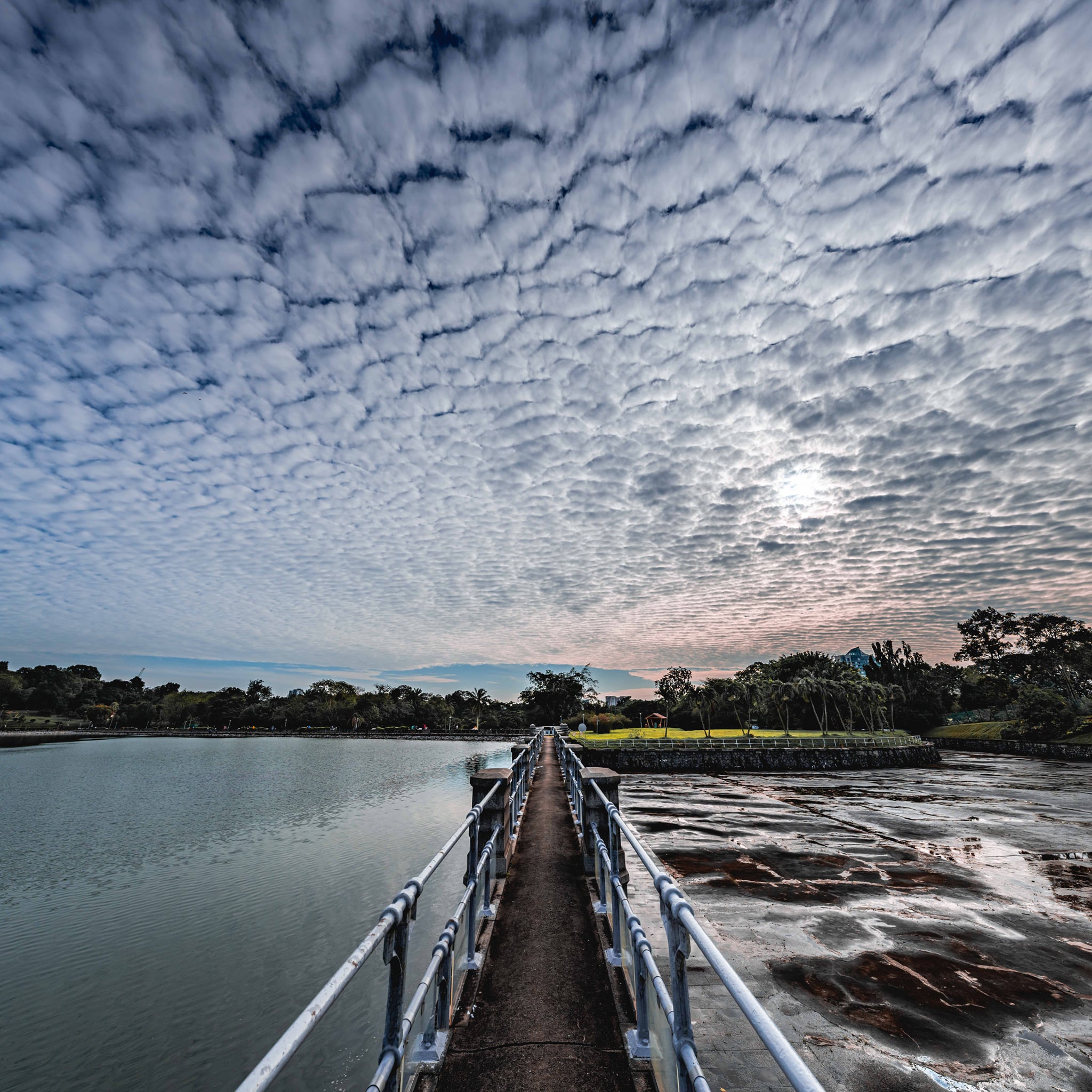 International Cloud Atlas reports that this cloud formation – stratiformis – is the most frequently occurring species of altocumulus.

2020 was a crazy year, and judging from the events that took place in Jan 2021 so far, we can only pray that it’ll be a better year ahead for all of us.

In the meantime, we get by by appreciating what life tosses our way, like the beauty of Mother Nature.

It’s also a reminder for us to stop and smell the roses as we strive to survive another pandemic-stricken year ahead.

Did you manage to capture beautiful shots of the altocumulus cloud formation from this morning? Send us shots of fluffy clouds in the comments below.