Must Share News – Independent News For Singaporeans
Home Viral Facebook Netizens Side With SMRT After Staff Members Were Verbally Abused In Viral... 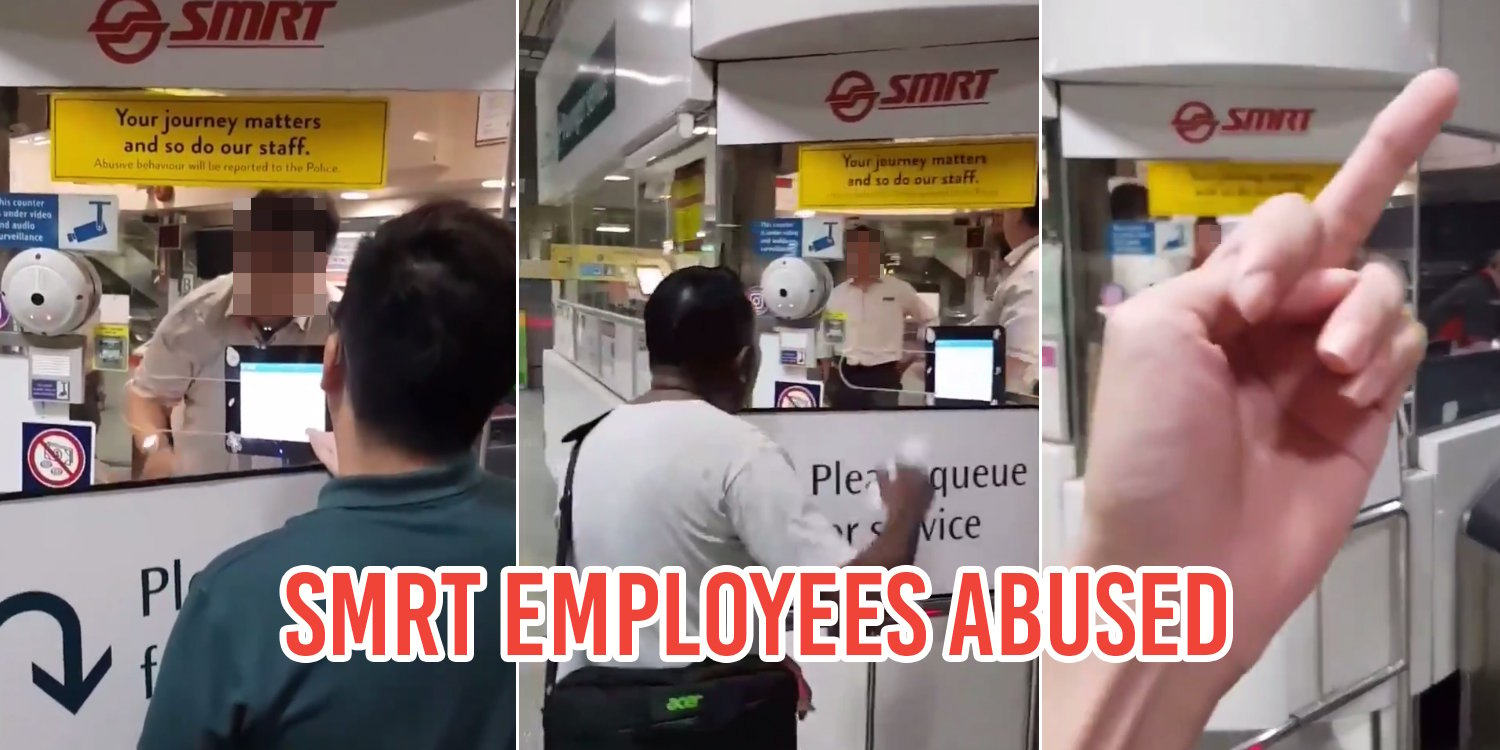 SMRT Employees Given The Finger & Verbally Abused At Station

As a result of recent train breakdowns and delays, SMRT and in some instances their staff, have drawn criticism from commuters in Singapore.

But in an unusual turn of events, netizens decided to defend a few SMRT staff employees who were verbally abused by a commuter in a viral video.

We’re unable to gain access to the original video, but others have taken it upon themselves to re-upload the footage.

One netizen’s re-post of the video received more than 2,500 shares and 800 comments at the point of this article.

We summarise the events of the video after the jump, but you can watch the ugly spat play out here.

The viral video allegedly took place at Jurong East MRT, and begins with an SMRT station master speaking to an agitated commuter. 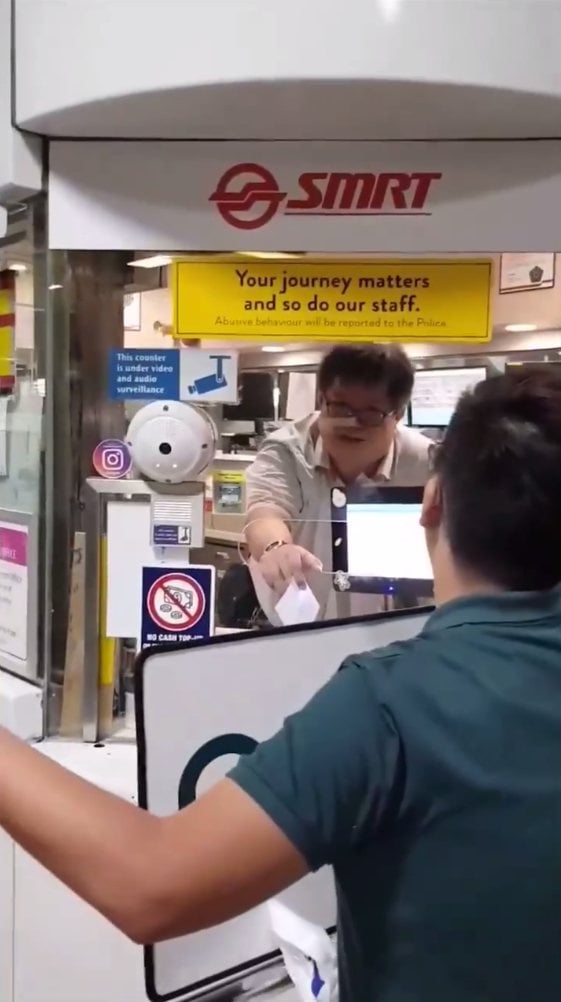 While we’re unable to make out what the conversation was about, it’s likely that it had something to do with the early MRT closures in October.

Out of the blue, the person filming the footage starts hurling abuse at the station master,

Another commuter joins in the fray, demanding to see the station master’s manager. 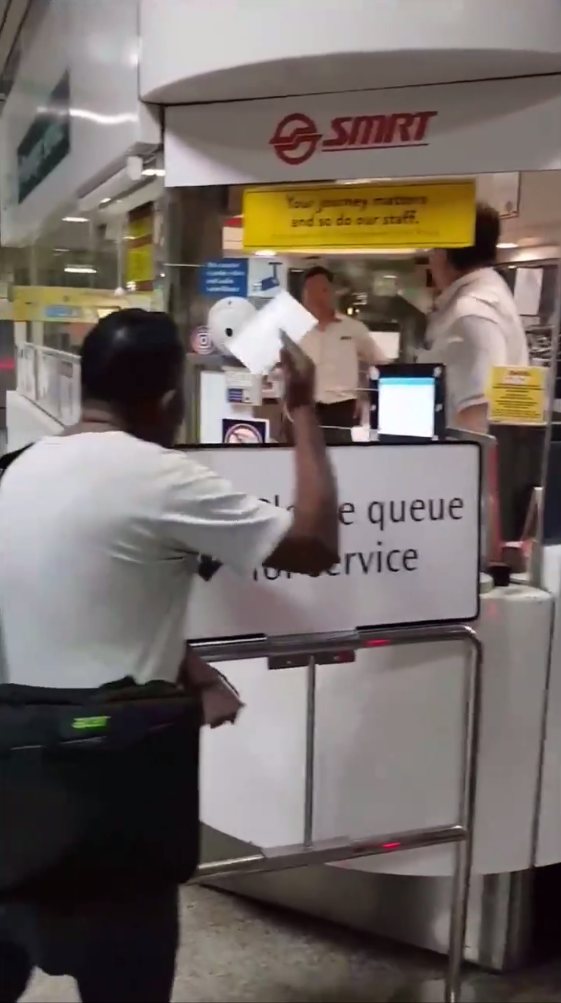 The commuter taking the video then chimed in, saying,

At the climax of the heated argument, the commuter points his middle finger at the station master, shouting

Netizens clearly did not condone the commuter’s actions — this resulted in a slew of angry comments.

Many thought it was the commuter’s fault for not reading the relevant signage plastered across virtual and physical platforms.

Given his talent with profanities, this netizen felt that the commuter was putting his talent to waste by not joining the secret society.

Another netizen thought the commuter was making a mountain out of a molehill and proposed several solutions.

One eagle-eyed netizen pointed out the irony of the incident, given what was written on the notice that was in plain sight.

Fret not if you don’t have perfect eyesight. Here’s a zoomed-in version: 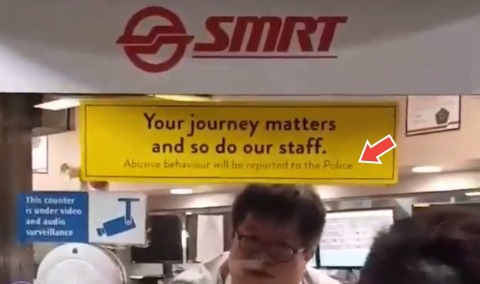 Even though commuters may feel annoyed after missing their trains, there’s absolutely no need to resort to abusive behaviour.

After all, SMRT workers are humans too, and they too deserve to be working in a safe and abuse-free environment.

Have you encountered such abusive behaviour towards SMRT staff during your daily commute? Let us know in the comments below.

19-Year-Old Sits On Staircase Railings Of Sengkang HDB, Police Arrest Her After 3 Hours