Must Share News – Independent News For Singaporeans
Home Current Affairs Environment S’pore Man Rubs Crow On Back Like A Cat, Befriends Bird Over... 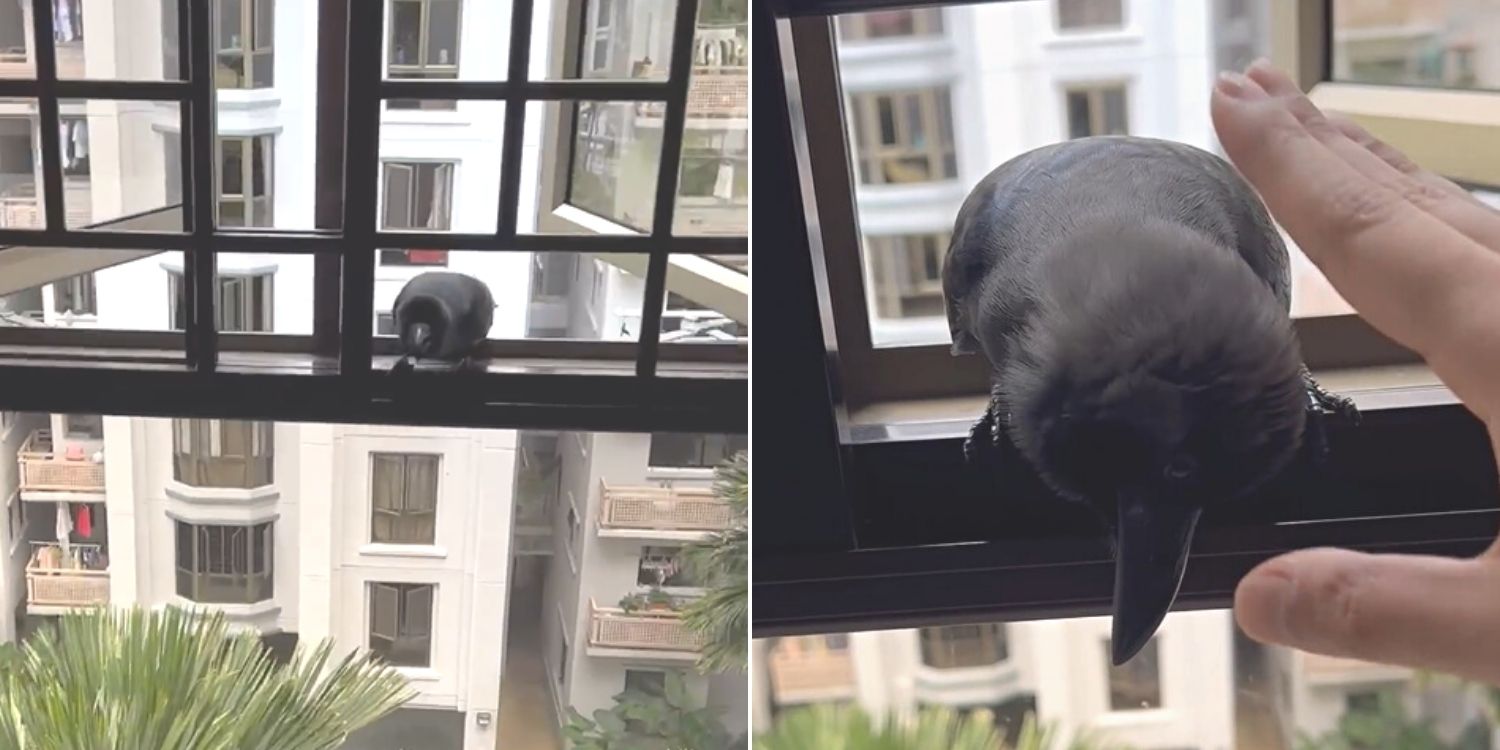 S’pore Man Rubs Crow On Back Like A Cat

Crows are often misunderstood and seen as bad omens. With that reputation, society often shuns these birds, treating them as pests.

Ignoring that prejudice, a Singaporean man befriended a crow that had been visiting his home. They’ve grown so close that he even gives rub-downs to the bird now.

The crow would perch on the man’s window ledge and offer its back for a rub, just like how a cat would.

It seems to enjoy these rub-downs, sinking deeper into place with each pat.

Crow puffs up feathers after rub

On Thursday (13 Jan), Facebook user Justice James shared his interaction with a young crow in the Singapore Incidents group.

In the short video clip, the young crow perched itself on the window ledge, seemingly waiting for its rub-down.

As Mr James approached the window ledge with a cheery “hello”, the crow assumed a vulnerable position, bowing its head towards him.

After a few taps, the feathers around its back puffed up, presumably out of enjoyment. 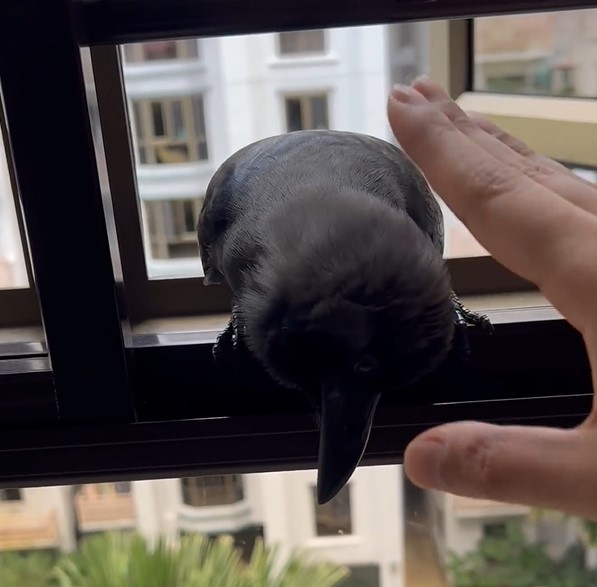 Mr James drew parallels between his interaction with the crow and a community cat receiving a rub or two.

According to Mr James, he had befriended the creature over the course of several months.

In the initial days, he would feed the young crow with bread and peanuts. Not long later, the crow would come around in the afternoons simply to hang out.

He also noticed that this young crow is the only one of its kind in his neighbourhood.

While rub-downs are fine for now, he hopes to train the crow and turn it into a ‘parrot’ that could perch on his hand.

However, that’s still a far-fetched dream as he would always freak out when the crow attempts to fly onto his shoulder.

Approach every experience with an open mind

Each individual’s experience with an animal is unique between them.

Having said that, perhaps it’d be wise for us to approach every situation with an open mind.