UPDATE (25 Feb): Spotlight group PR & communications manager Nick Casey said they are aware of the allegations and are conducting an internal investigation.

Spotlight Singapore is where one can get various household supplies and craft as well as hobby items.

With a large store located in Dhoby Ghaut, some may pick up their craft tools there, especially if they work nearby. 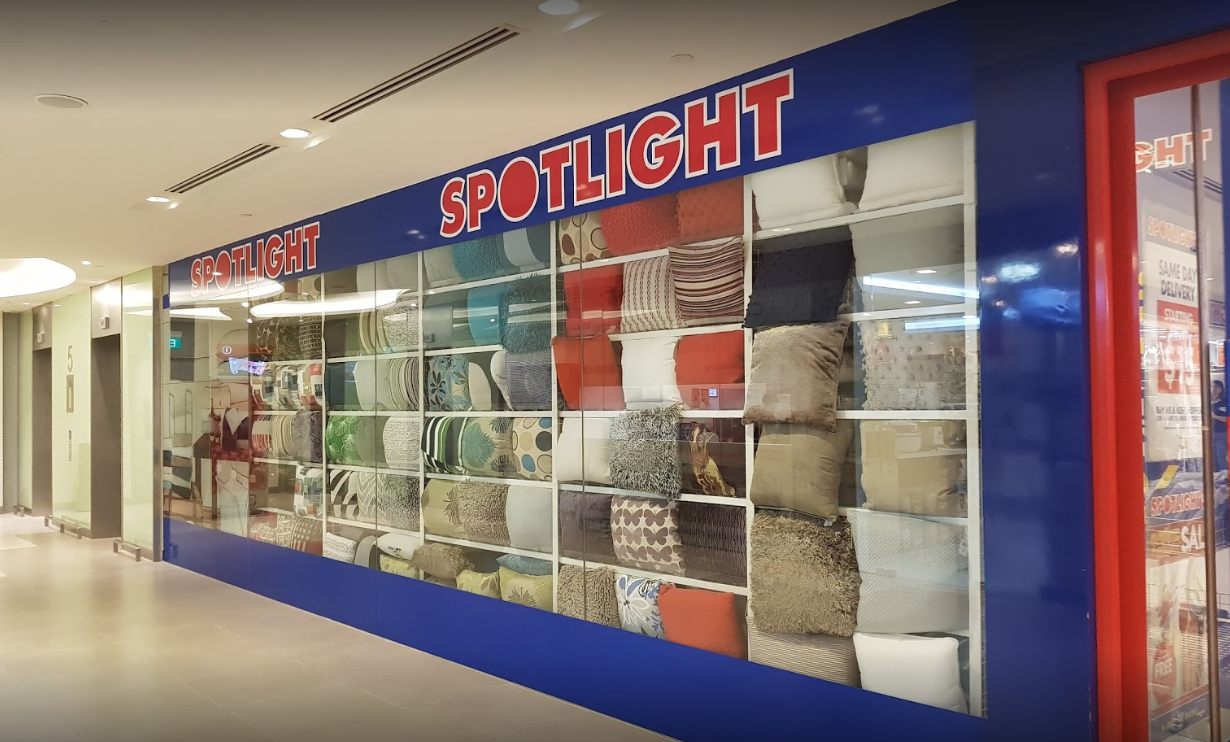 But an alleged ex-worker at the Plaza Singapura store has made several allegations about the toxic workplace culture as well as owed salaries since Dec 2020.

On Sunday (20 Feb), the Redditor posted their experience as a part-timer at Spotlight Plaza Singapura on r/singapore.

They warned other Redditors against shopping at Spotlight’s Plaza Singapura outlet, noting that they weren’t sure about how things are like at the Westgate outlet.

In the post, they noted apparent ill-treating of staff, specially part-timers, by supervisors and team leaders.

They’d allegedly push blame when customers complained, and worse, even not pay salaries on time.

The Redditor, along with their co-worker who quit working shortly after they did, have apparently not received their salaries from Dec onwards.

The problems with unpaid salary don’t end there, it seems.

When the Redditor’s friend texted their department team leader (DTL) about their uncredited pay, he received a taunting instead.

He was allegedly told to go ahead and report the case to MOM by the DTL.

Then his number was allegedly blocked.

The same issue happened to the Redditor, and their number was also blocked by the DTL.

It would seem that the pay for Jan is not credited yet, but the Redditor is unable to text the DTL regarding this, instead having to reach out to another DTL.

The Redditor also noted the inconsistent pricing of many items, and the messiness caused by each department essentially doing their own thing.

With a lack of cohesiveness, some discounts may not even be updated in the cashier system, which requires not only manual communication with other departments, but also manual keying-in of the discounts.

Items are also constantly moved around, so the Redditor claimed that staff don’t have an idea of where things are. The Redditor thus asks the public to not blame the staff if they can’t find something in the store.

There’s seemingly nothing that part-timers can do about the issues since the in-charges in Singapore don’t seem to care about what’s going on either.

Netizens back up some sentiments

Those who saw the post seemed unsurprised by the OP’s revelations, whether they were true or not.

One of them commented that the staff looked tired when shopping there, and the OP replied that they can work 12-hour shifts per the roster.

Another claimed to be an auditor and corroborated the OP’s comment about how everything seemed to be everywhere.

At least one comment said their experience working part-time at Spotlight Plaza Singapura wasn’t a bed of roses either.

They also confirmed the seemingly random discounts and overpricing of items compared to other places.

When someone commented that the allegations could be a result of the Covid-19 pandemic, the OP refuted this by noting that everyone was paid bonuses last year. 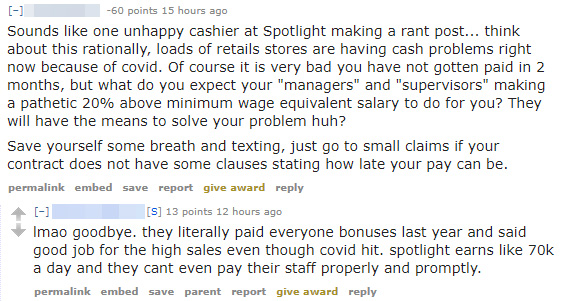 Despite this, the OP and their friend have allegedly not received their salaries on time, and many replies urged them to contact MOM as soon as possible.

In Coconuts Singapore’s report, it is stated that Spotlight Singapore manager Richard Mayne has denied the accusations of toxic work culture.

He said the company rejects the accusations, as they always strive constantly to “please employees and customers” in Singapore.

Hope issue can be resolved soon

MS News has reached out to Spotlight and MOM for comment, and will update the article if they do so.

It’s unfortunate if the 2 ex-employees are indeed owed their salaries, and this is an issue that MOM may want to look into.

Others have also noted how tired and stressed the frontline staff at the store look, so hopefully there are some improvements in this regard.