Must Share News – Independent News For Singaporeans
Home Inspiration 8 Facts About Subaraj Rajathurai, Singapore’s Own Steve Irwin Who Passed Away...

Despite being filled with skyscrapers and high-rise housing, Singapore is also home to a host of wildlife creatures.

And much of this is possible thanks to Subaraj Rajathurai, Singapore’s first nature guide who helped to protect wildlife in our country for more than 3 decades. 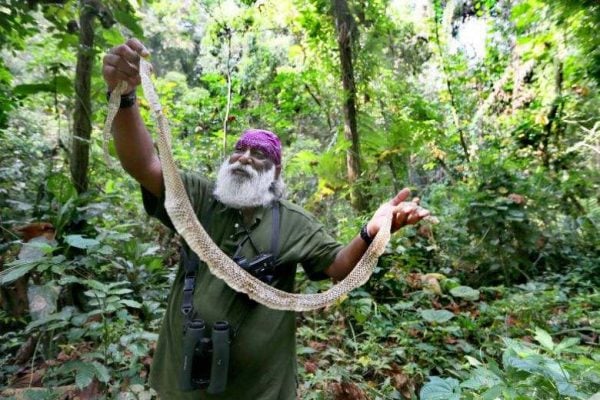 However, on Tuesday (22 Oct), Mr Subaraj suffered a heart attack in his sleep and passed away at age 56. 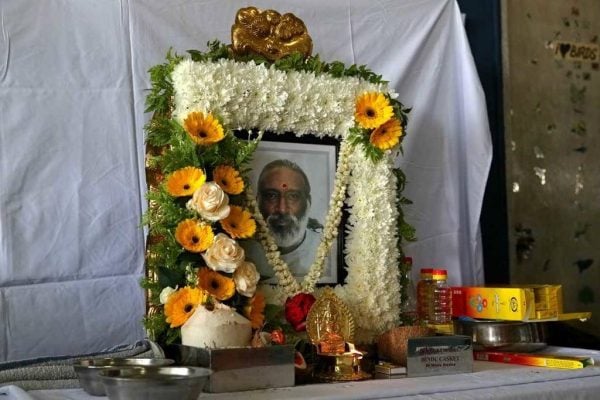 Since then, tributes have poured in, thanking him for everything he had done for Singapore’s flora and fauna.

Here are 8 facts about Subaraj Rajathurai – Singapore’s equivalent of Steve Irwin – who dedicated his life to conserving the forests amidst our concrete jungle.

Mr Subaraj had been a guardian of Singapore wildlife for the past 37 years — more than half his life. 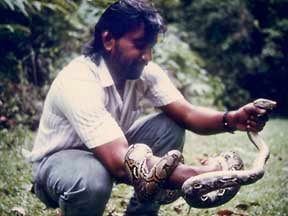 Mr Subaraj’s understanding of Singapore’s native animals was so deep, that even Herpetological Society of Singapore’s co-founder described a walk through the forest with the former as “walking with one of the trees”.

2. Dropped out of uni after refusing to dissect a live frog

When he was much younger, Mr Subaraj initially had plans to pursue a career in zoology.

However, his plans were cut short one day when he was asked to dissect a live frog.

Mr Subaraj apparently couldn’t bear to do it and eventually dropped out of the course.

When asked about the incident, he said,

I couldn’t do it. I cannot even bring myself to step on an ant, so I had to find a different path.

After serving NS, Mr Subaraj spent the next 5 years self-learning about Singapore’s native plants and animals.

He did this by wandering into forested areas like Bukit Timah Nature Reserve and Pulau Ubin. 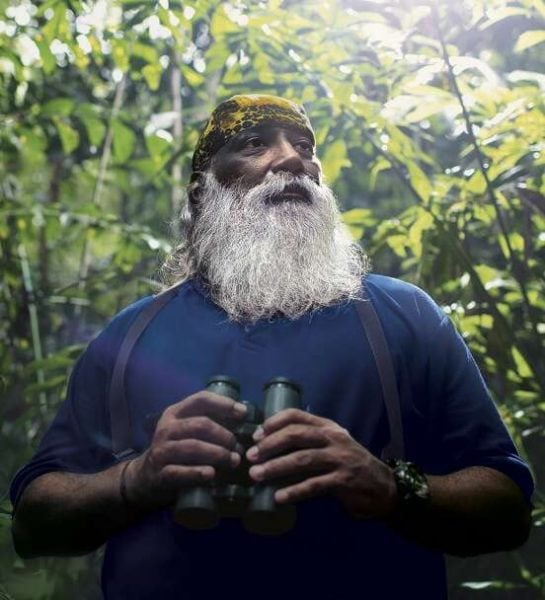 After taking notes in the wilderness, Mr Subaraj would then spend hours at the library researching and learning about them.

After a vigorous 6-month course at the Singapore Tourism Board, Mr Subaraj became the first licensed nature guide in 1990.

Since then, he had conducted and designed over 50 different tours showing Singapore’s flora and fauna.

During his trips into the wilderness, Mr Subaraj is most often seen in a loose polo, cargo pants, and his ‘trademark’ bandana that protects his head from the sweltering heat. 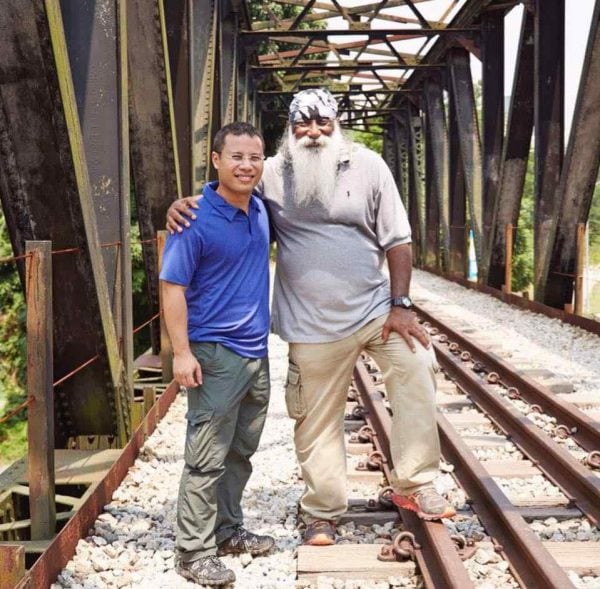 While most people would have recognised him by his trademark bandana, most do not know that he was a bandana collecter — the man had over 100 pieces at home.

This means he could afford to wear a different one for more than 3 months straight.

Mr Subaraj was involved in numerous conservation efforts in Singapore over the years.

He also took part in many surveys conducted across Singapore — from studies on Pulau Ubin back in 1993, to more recent ones at Bukit Timah Nature Reserve.

Apart from his love for the animals and plants in Singapore, Mr Rajathurai was also a fan of hearty hawker fares. 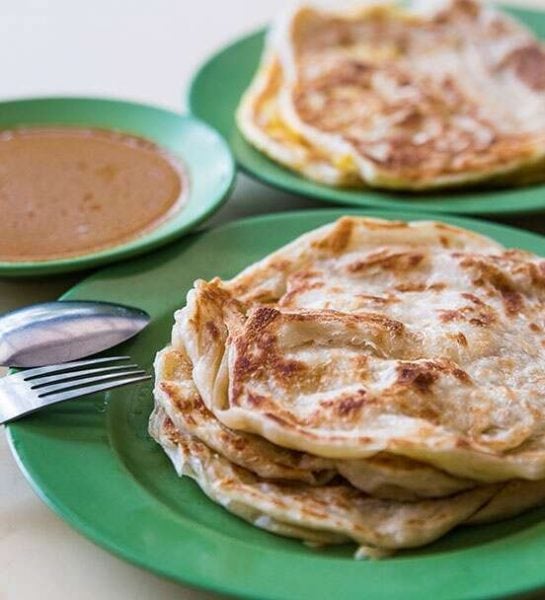 In particular, roti prata from the famous Casuarina Curry, which Mr Subaraj claimed was the “best“.

8. His legacy will be carried on through his sons

Mr Subaraj’s conservation legacy will likely be carried on by his 2 sons — Serin and Saker, aged 20 and 24 respectively, whose names are inspired by birds. 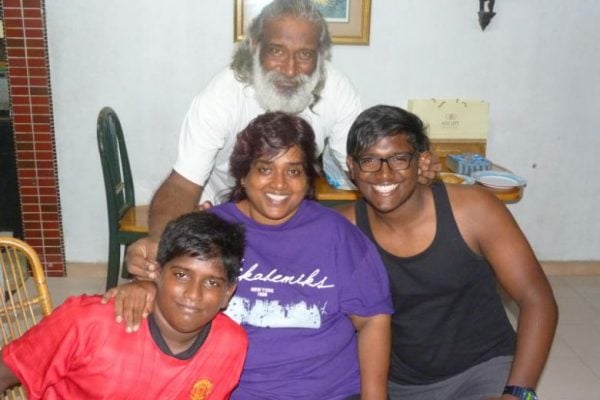 Serin, the older of the 2, was last known to be pursuing a degree in wildlife consultancy and biology and marine biology at Murdoch University.

During his younger days, Serin also accompanied his father on his ‘wildlife trips’ by sitting in his backpack.

Like most Singaporeans, we are saddened by the news of Mr Subaraj’s passing.

While he may no longer be with us, we are thankful for the work he put in so our generations and the ones to come can still enjoy the wonders of Mother Nature in our highly-urbanised country. 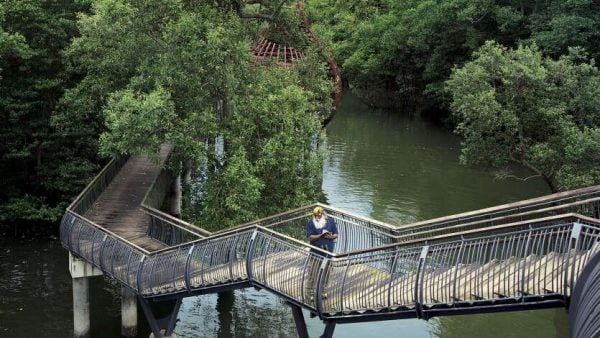