These Successful Singaporeans Scored Less Than 200 For PSLE

Grades don’t define you. There are many paths to success.

This is what founders of Life Beyond Grades wholeheartedly believe in, as they dream of a future where kids are no longer measured on an academic yardstick.

Hold your horses — they aren’t saying that grades aren’t important.

But instead, they’re saying that it ain’t everything.

Five parents have banded together to start the new initiative that hopes to bring about a mindset shift away from the rat race.

With that in mind, the team launches the movement starring 65 people from all walks of life who have succeeded in their profession despite attaining a less than ideal Primary School Leaving Examination (PSLE) score.

The campaign also showcases academic aces who gave up high-flying careers in traditionally well-regarded fields like medicine or law to pursue their dreams in radically different fields.

Here are 10 people who defied the odds and proved that you can be successful despite scoring below 200 for PSLE. Back in Primary School, Royston’s teacher used to tell him that he would amount to nothing if he didn’t excel in his studies.

He was told that it was pointless to pursue the arts unless he wanted to “paint HDBs” in the future.

With numerous awards under his belt, Royston believes that learning is a lifelong process not confined within the classroom. 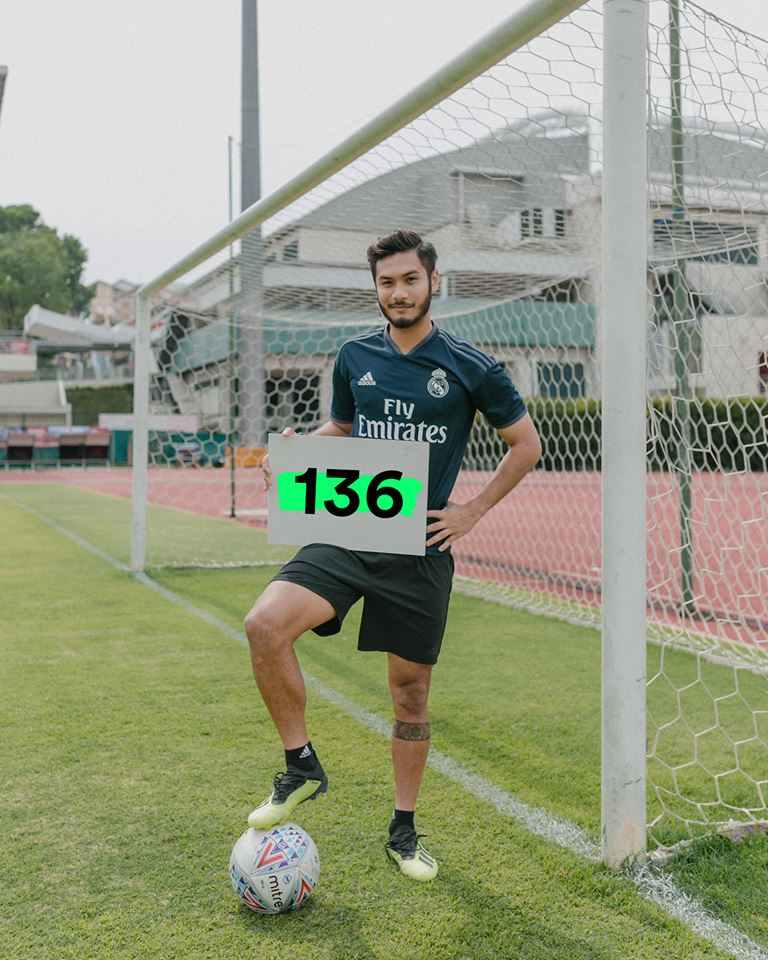 Despite not being academically inclined in Primary School, Christopher plucked up the courage to disclose his PSLE score.

He wasn’t fond of studying as his passion lies in football.

Since young, he had always wanted to pursue his dream as a professional football player and is extremely thankful for having supportive parents.

To date, he has earned 4 international caps, sponsorship from Adidas, and is currently playing for Home United Football Club who recently crowned the AFC Cup ASEAN Zonal champions.

He discovered his interest in Sports Science in the midst of his football journey which spurred him to further his studies as he intends to pursue a degree in it.

With 14 years of hard work, Christopher got to where he is today. Although things were done unconventionally, he has no regrets. 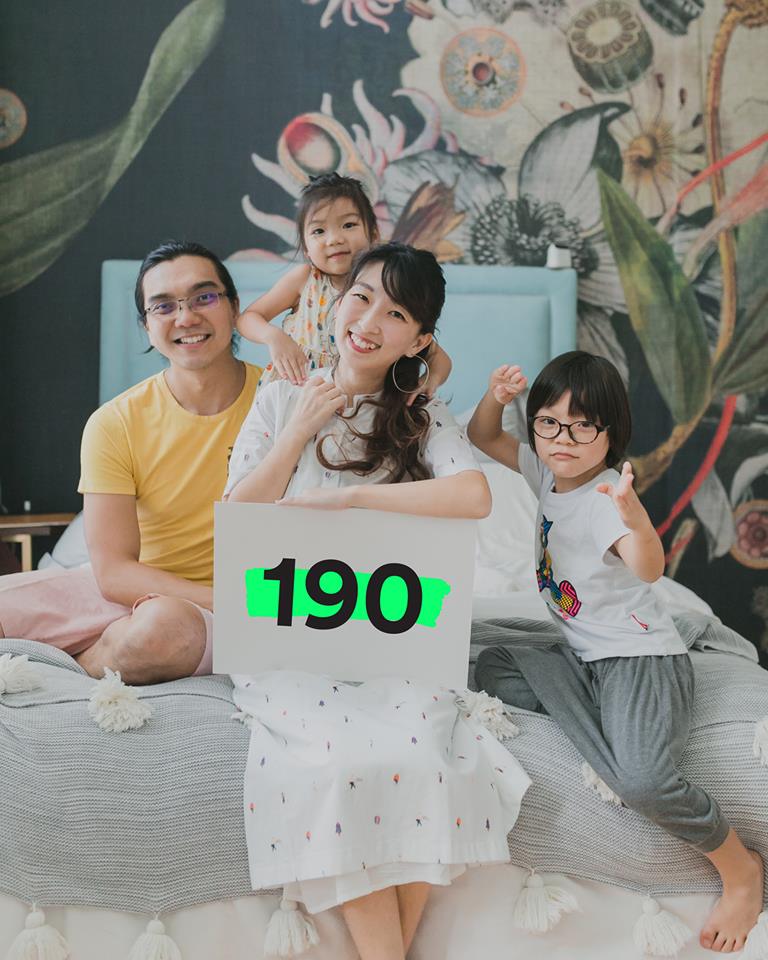 Liang May recalled her first “academic failure” at the tender age of 12, as she was emotionally affected when she moved house and changed her school that fateful year.

Thankfully, her parents saw life beyond grades in the 80s. They told her,

Give yourself more credit than the results. Understand humility and starting from scratch will set you out differently from others. When you prove yourself right, the path will naturally be paved for you. Faster than you can ever imagine.

Looking back, she realised grades wasn’t the one that gave her her success. Her attitude did.

Grit, EQ, resilience, soft skills – they all matters as well.

She believes that everyone defines success differently at different stages. When it was once the corporate ladder, it is today this family portrait. 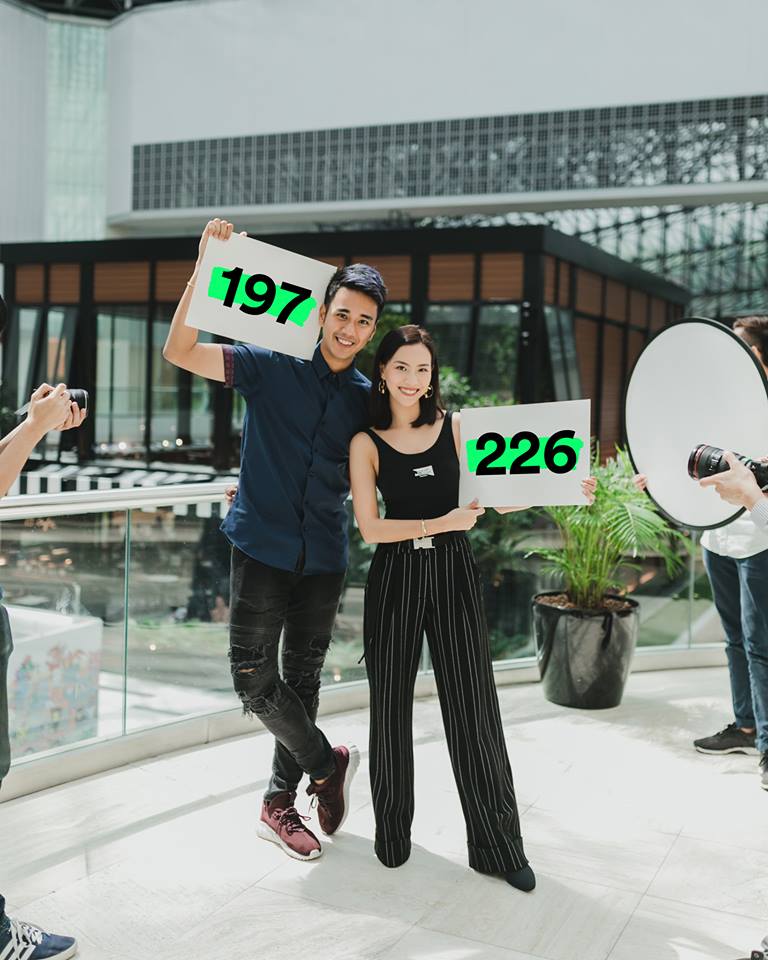 Before landing his dream job in the entertainment industry, Joakim spent 8 years learning to deal with rejection and success the hard way.

Despite scoring 197 for PSLE, he ran for leadership positions in his secondary school, dabbled in dancing, camp-planning and event-hosting.

Through these experiences, he learnt humility and how to build himself as a person.

The radio DJ had some sound words of advice for students,

I’m not saying don’t study. I’m saying have the character to give whatever you do – whether studies or in life – your best. 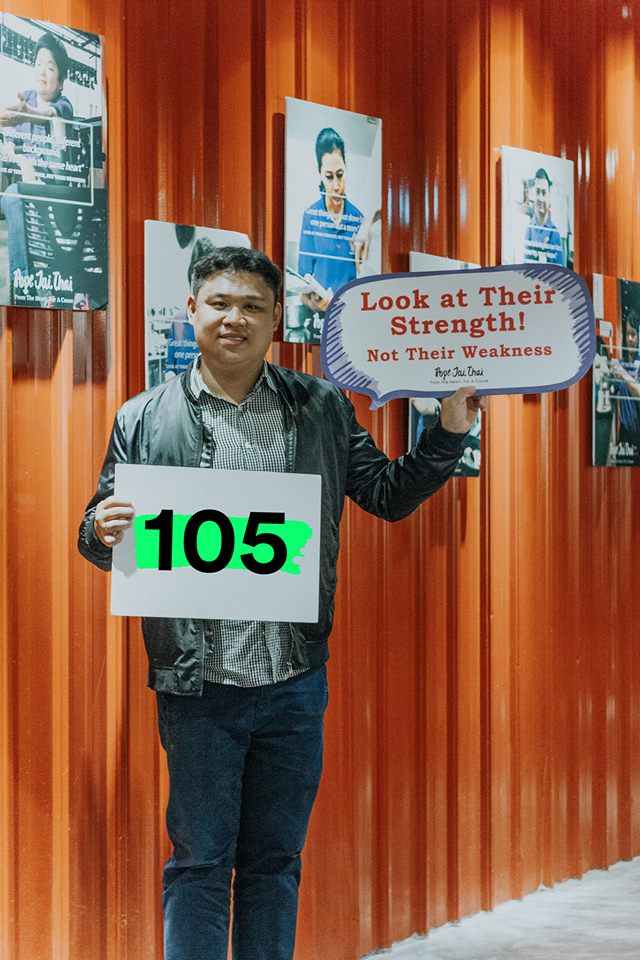 “105”, Daniel never knew the importance of these digits.

To him, it’s merely a number to classify your stream in secondary school.

18 years ago, people would have thought that this 12-year-old have absolutely no prospects in life.

He hires employees with special needs and physical disabilities.

When it comes to employment, Daniel hardly looks at his employees’ grades or the school they graduated from.

He understands that everyone has a different learning curve. What matters is the individual’s work attitude and willingness to learn. 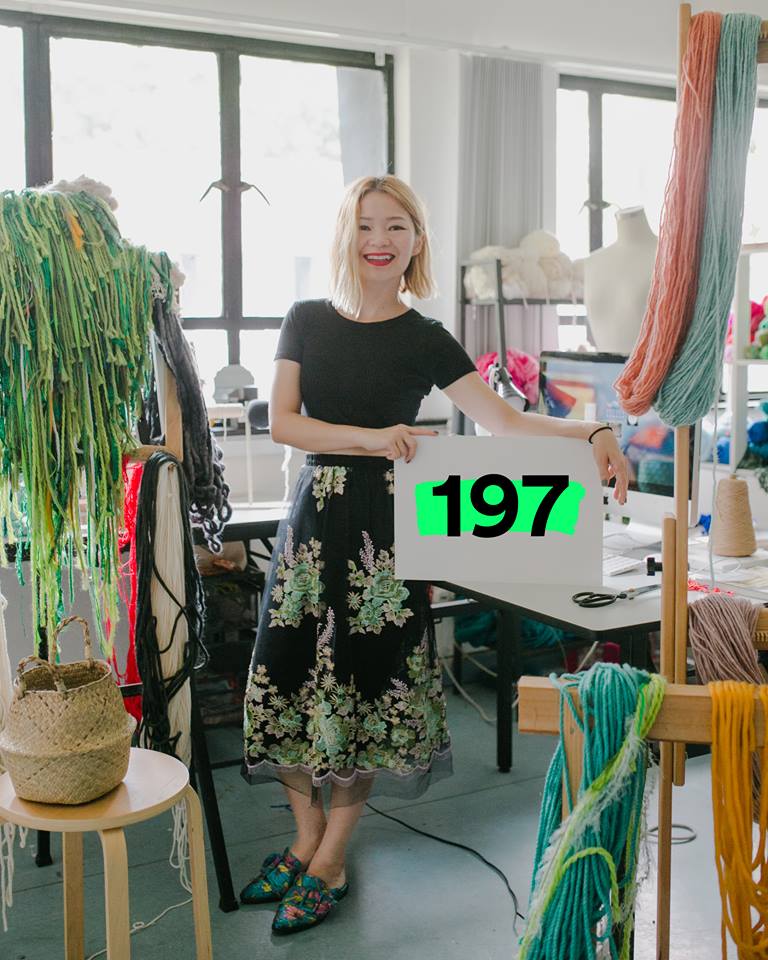 The PSLE grade serves as a reminder for Ginette’s past, from how she landed herself in a neighbourhood secondary school full of gangsters to ending up studying at an art college that changed her life.

She was upset at her own results, especially when her cousins and brother were high flyers and school prefects.

But she has always felt that the systems may not necessarily cast nets wide enough for different types of learners.

She learns by putting it into actions, which is evident in the work she does – playing the bass, lecturing, weaving, DJing.

The pedagogical approaches she experienced in Primary and Secondary school did nothing for her self-esteem.

Now, she works at her alma mater as the Programme Leader of the Diploma in Fashion and gets the opportunity to collaborate with a team of inspiring people. Having to live up to an elder brother who topped his cohort in his PSLE exams, Jason was already feeling the heat before age 12.

Nonetheless, his mediocre grades did not bother him as much.

Acknowledging that he was not academically inclined, Jason knew he would be taking a different route from his brother.

Deep in his heart, he believes that hard work will be a panacea for improving his lot in life.

He started off as a dishwasher and kitchen helper. After attending Singapore Hotel and Tourism Education Centre (SHATEC), he worked his way up.

Despite taking the path less trodden, he knows that his life experience can never be replicated academically.

So yes, although grades do matter, they do not define one’s career and life.

8. Nadia, Mother working on her PhD 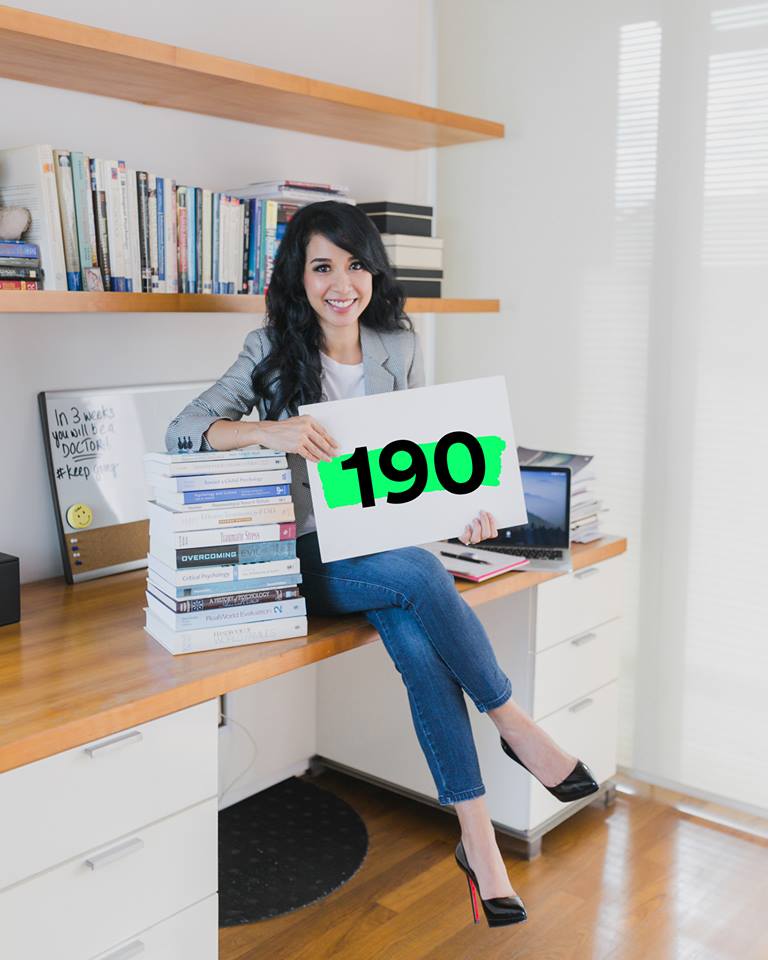 Nadia was never a straight-A student, but she spent the best years of her life in school.

Grades are just numbers used to determine one’s standardised placement, she tells herself this as she did not allow herself to believe that she was “below average”.

She found her passion in psychology and will be defending her PhD dissertation in a few weeks.

10 years from now, your transcripts will be nothing but a mere piece of paper, but the fire that burns in you will be the one that keeps you going. 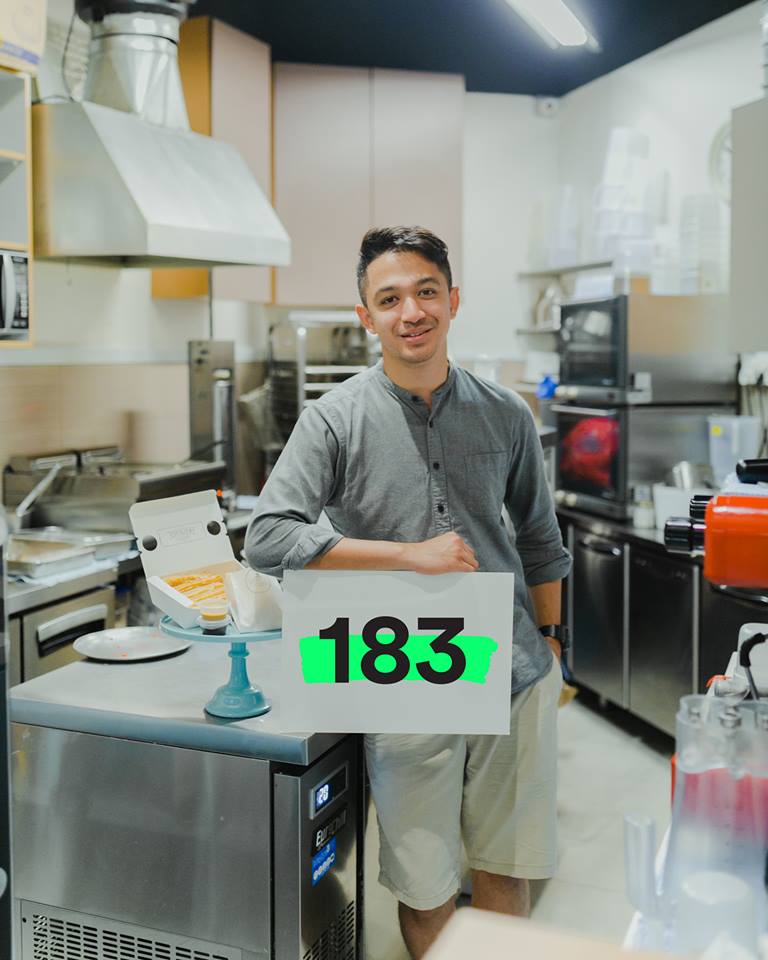 The 3 digits were not impressive but it played a huge role in instilling drive in Syarif’s life.

It strengthened his perseverance and made him realise that numbers will never determine his failures, success and future.

He strives to constantly identify his child’s strengths and weaknesses as they grow — not judge them by their performance in school.

It all begins with a person’s character, drive and dedication towards the goal they want to achieve, as he lives by the motto, “Persevere to succeed.” 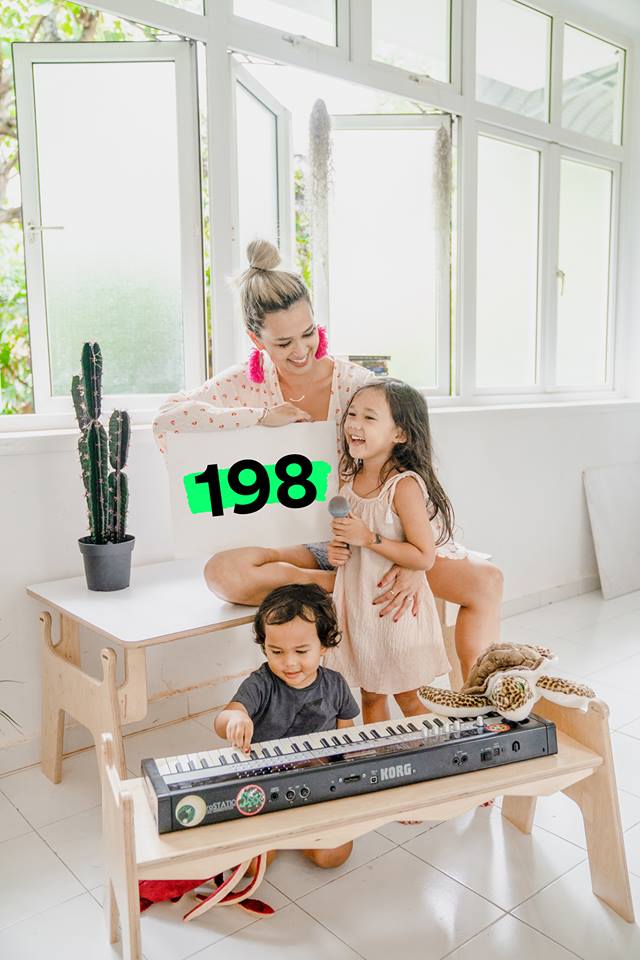 Aarika was fortunate to have a mother who chose to look beyond her less than average PSLE aggregate scores.

She recounts vividly the moment when she received her “198” score. Nothing meant more to her than her mother’s validation.

23 years on, she asked her mother about her thoughts on her daughter being an average student and she replied,

I never once thought you were average. I always knew you would find your way.

These words still build her up today.

Aarika truly believes that what we say to our children and how we make them feel plays a huge part in who they grow up to be.

Children need to know that their parents will be there for them even when they fall a little short.

This campaign did a stellar job at reminding us that we are more than just a number.

It is understandable that parents have the mindset of wanting their child to do well, and to have the drive for excellence.

But this world we live in is evolving rapidly and times are changing.

Perhaps it is time to broaden our definition of success as well?