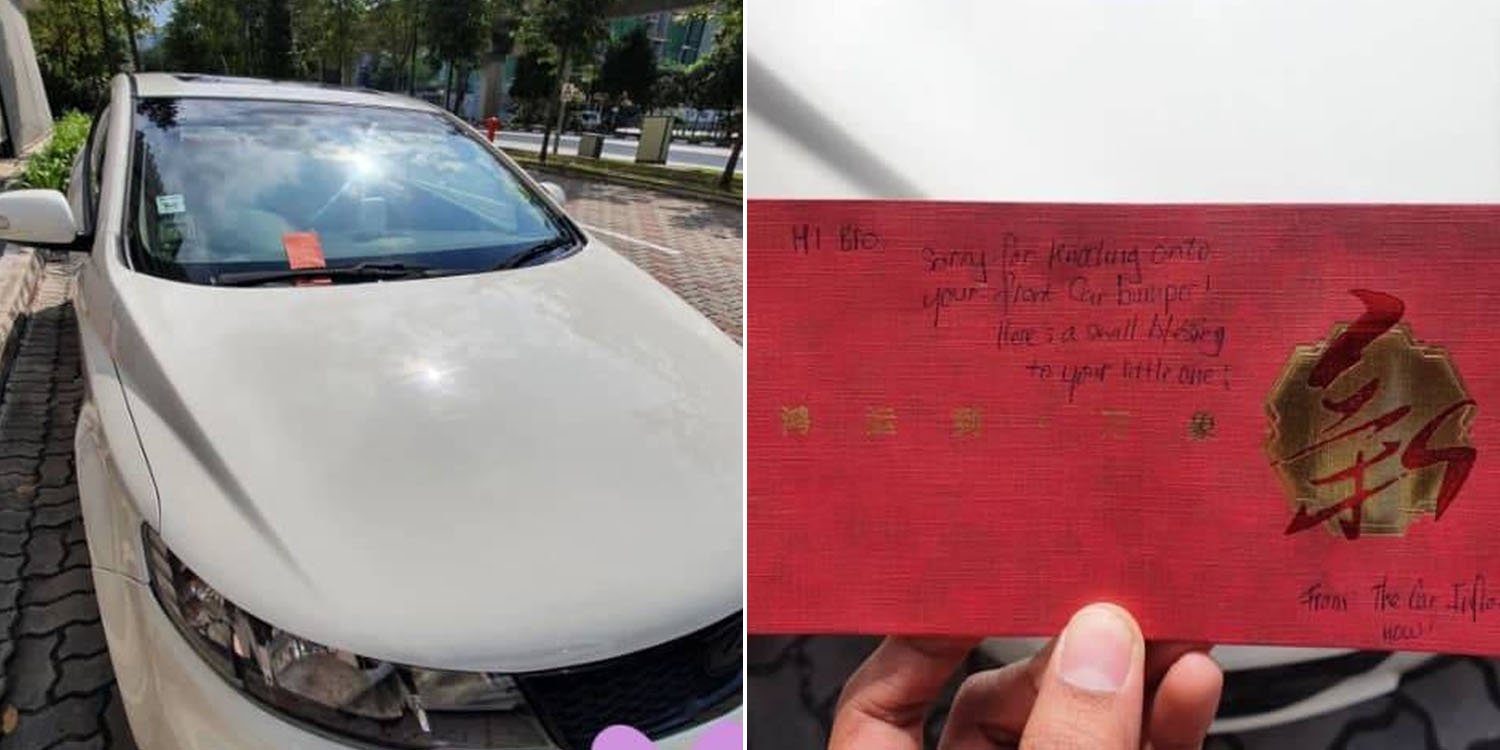 Stranger Leaves Angbao On Car After Accidentally Reversing Into It

As tough as it is to avoid accidents, it’s inevitable to make mistakes — it’s human to err after all.

However, how one rectifies their mistakes speaks volumes about their character.

On Monday (15 Feb), a man shared on his Instagram Story about how another driver had accidentally reversed into his car’s bumper.

Though the situation was settle amicably, the man later found an angbao left on his windshield upon returning to his car post-grocery shopping. 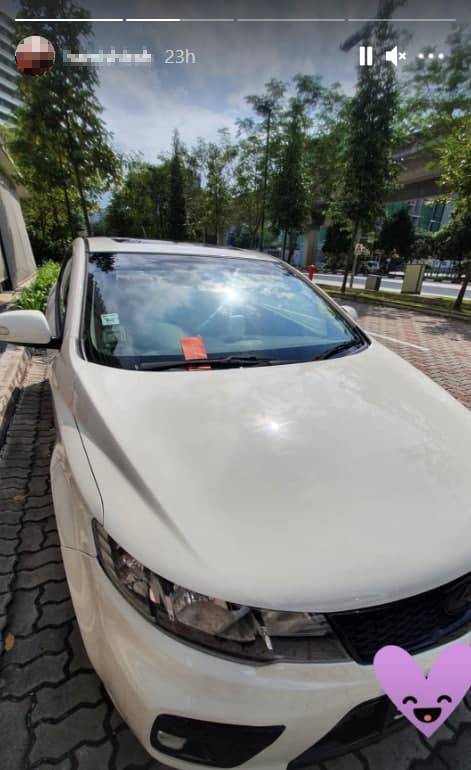 Man reverses into bumper by accident

According to the driver’s Instagram Story entries, the incident took place while he was parking his car during a grocery run.

Unfortunately, a driver had mistakenly reversed his car a little too far back, hitting the Instagram user’s front bumper. 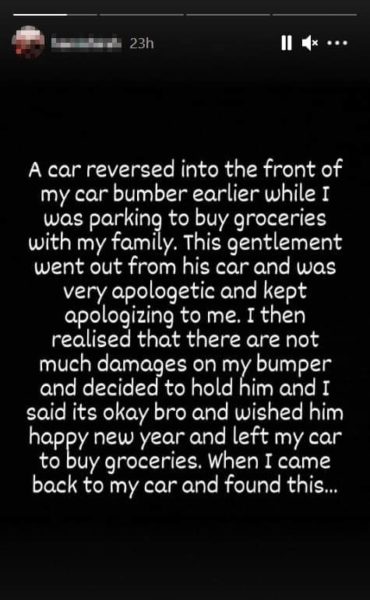 However, upon realising that not much damage was done to the bumper, they both apparently went on their merry ways and even wished each other a happy new year.

Unbeknown to the Instagram user, the other driver had left a little surprise on the former’s car.

In order to make up for his tiny mistake, the driver reportedly placed a red packet on  the stranger’s windshield wiper. 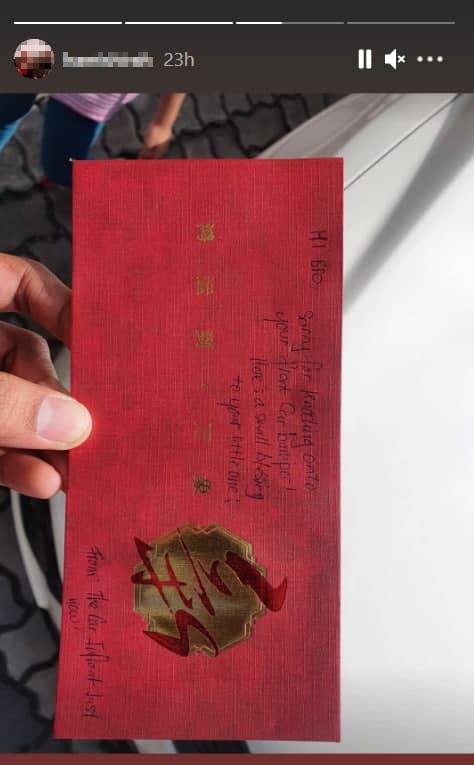 He even wrote a heartfelt message on the angbao,

Sorry for knocking onto your front car bumper! Here’s a small blessing to your little one!

From: The car in front just now

Touched by this gesture, the Instagram user shared a poignant message, urging others to show compassion and empathy to those around them. 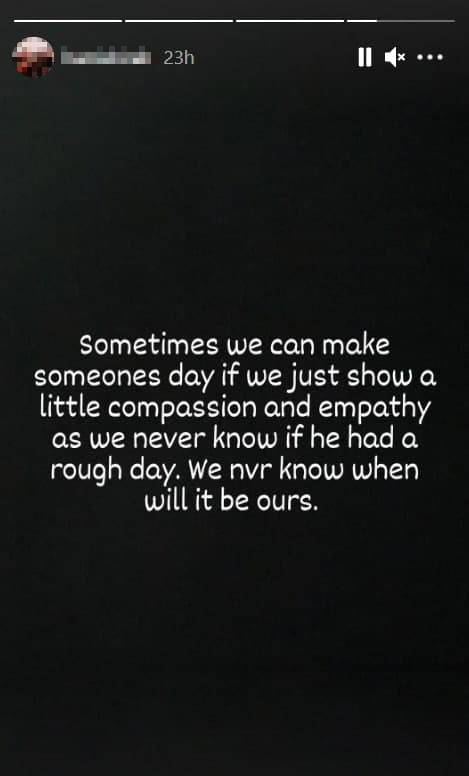 After all, people do not wear their struggles on their faces, so you never know when your actions can make someone’s day.

Kudos to driver for owning up to his mistakes

Owning up to one’s mistakes is never easy — at times, ego and stubbornness get in the way of saying sorry.

Kudos to the driver for not only owning up to his mistakes, but leaving behind an angbao for the Instagram User’s kids.

Thankfully, the damage wasn’t serious. We hope both drivers were able to settle the case amicably.