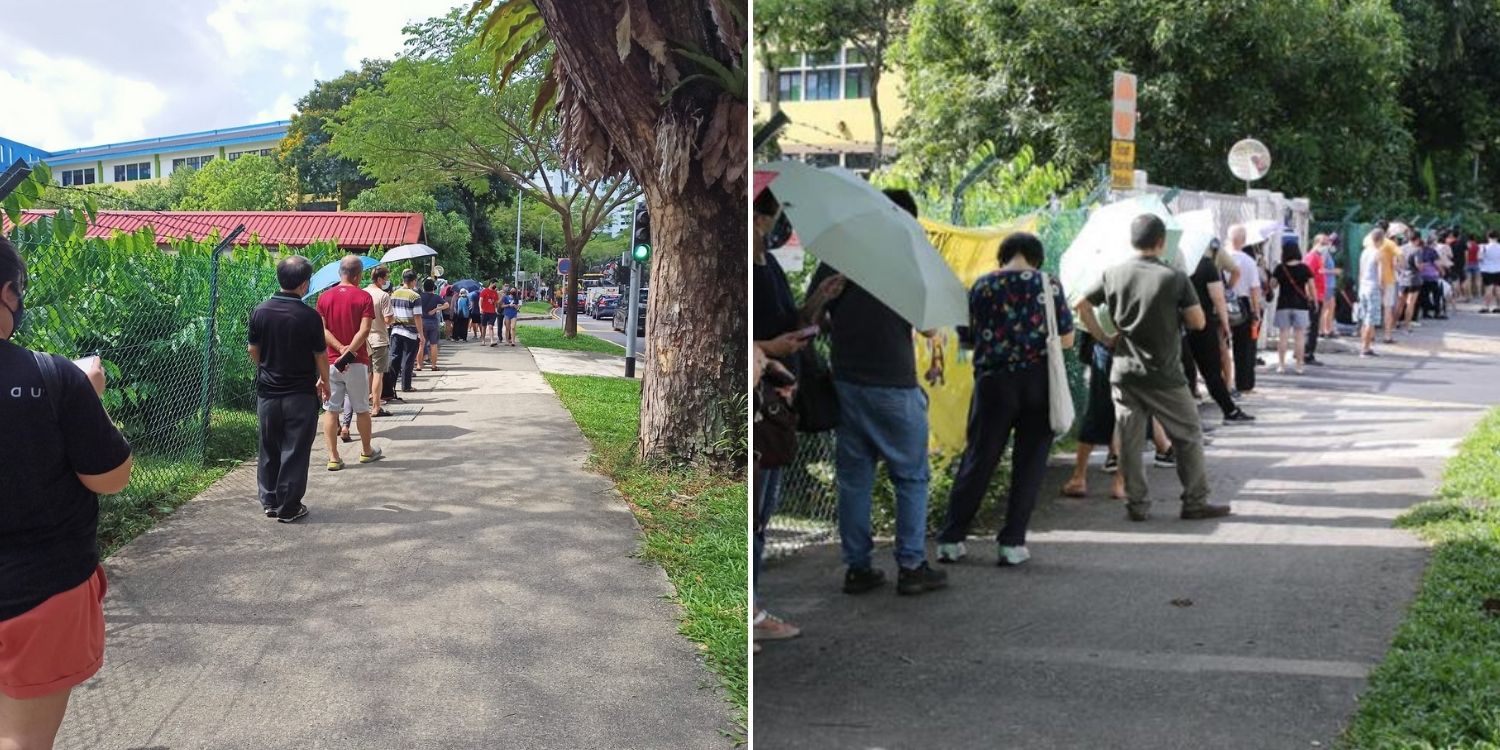 Over 200 people were queuing at Ang Mo Kio.

Recently, the string of cases at Tan Tock Seng Hospital (TTSH) has grown to be the largest active local cluster.

Therefore, in light of climbing community cases, the authorities have opened up 4 regional testing centres island-wide to the public.

Previous visitors to affected venues or possible close contacts of confirmed cases can now get swabbed for free.

As the centres are open to the public from today (3 May), many lined up to get tested with waiting time going up to 4 hours. 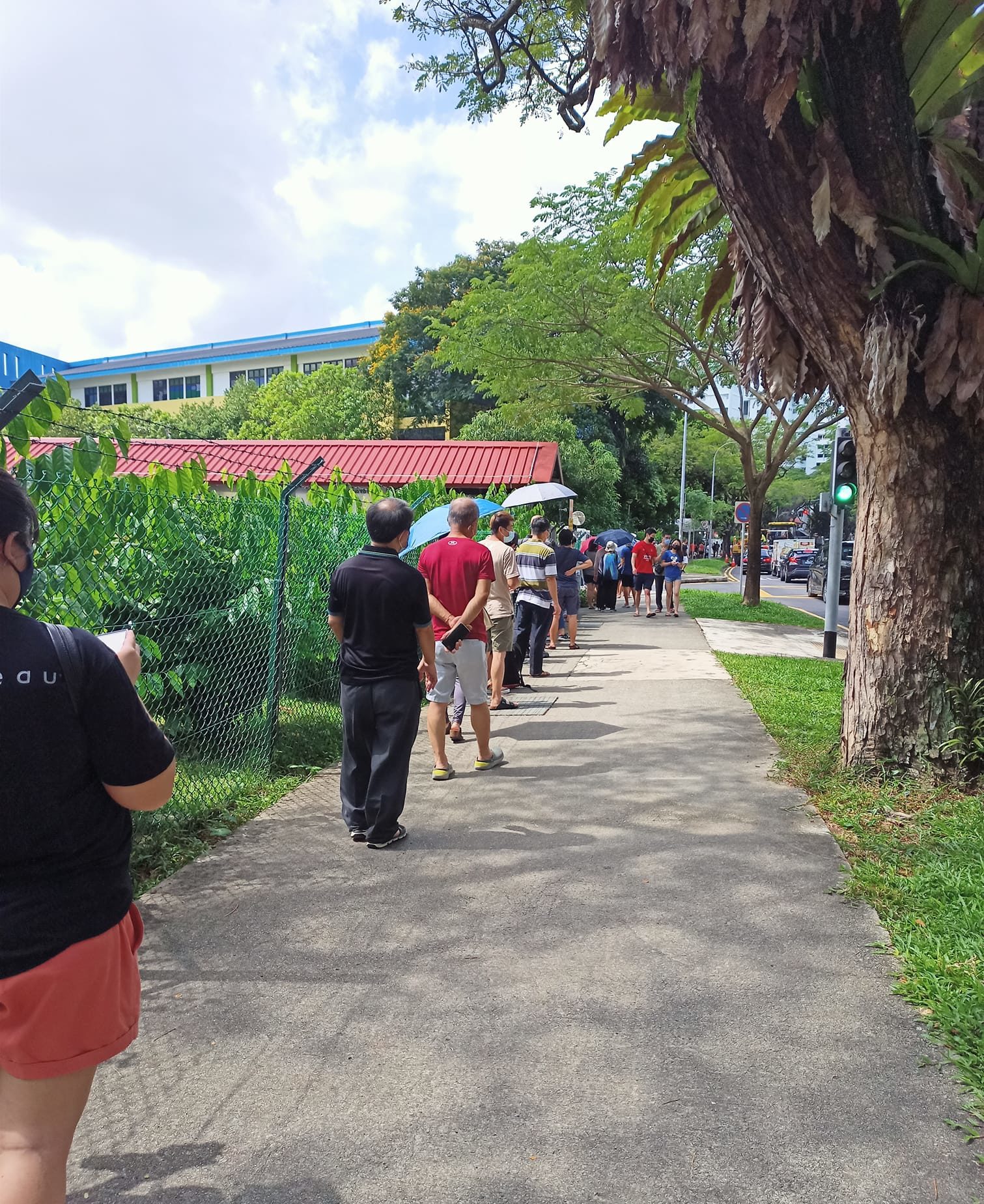 Scores of residents headed down to the test centres after receiving notifications of possible exposure from the Ministry of Health (MOH).

One netizen allegedly waited from 10.30am to 12pm in Ang Mo Kio, only to be told to come back at 3pm for her swab.

Some also snapped a photo of the queue this morning (3 May) around 8.30am. Residents in Jurong East were reportedly lining up for over 2 hours, with the queue “barely moving”, according to Lianhe Wanbao.

As early as 10.30am, staff at the Pasir Ris centre allegedly suggested to residents to not join the queue as the waiting time would exceed 2 hours.

While not as crowded, the centre in Bishan also apparently had close to 100 people lining up.

According to Shin Min Daily News on Facebook, many chose to get swabbed today as they have today off.

Schools and some employers gave Monday as a holiday for Labour Day, which fell on Saturday.

But this led to snaking queues instead. A 70-year-old told Shin Min Daily News that he queued for 4 hours under the sun to wait for his turn. A crowd larger than 200 were estimated to be at the centre in Ang Mo Kio today (3 May).

As part of precautionary measures to curb the spread of Covid-19 in our community, 4 test centres are now open to the public from today (3 May).

Those who’ve visited TTSH or were at the same places as confirmed cases from 18 Apr onwards can head down for a free swab test. 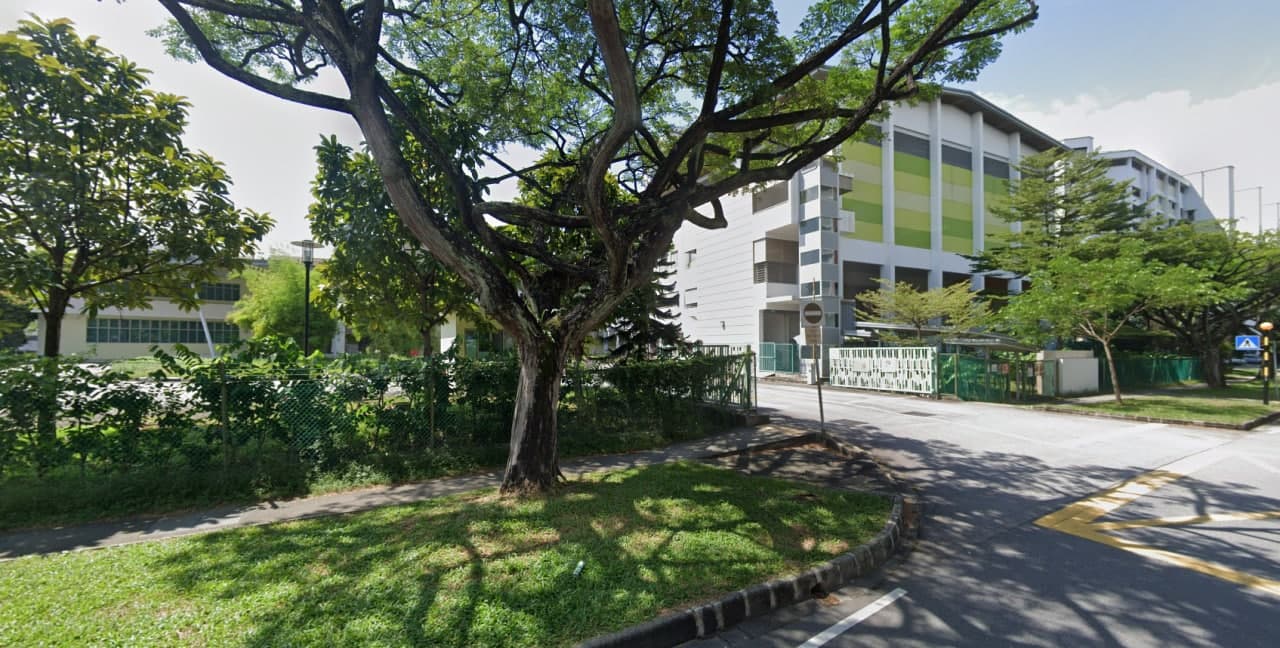 Getting a free Covid-19 test is certainly reassuring for both ourselves and the ones around us.

However, do remember to practise social distancing while queuing, and drink lots of fluid to avoid heat strokes.

Perhaps the queues will be less snake-like in the coming days as most will be working or schooling.