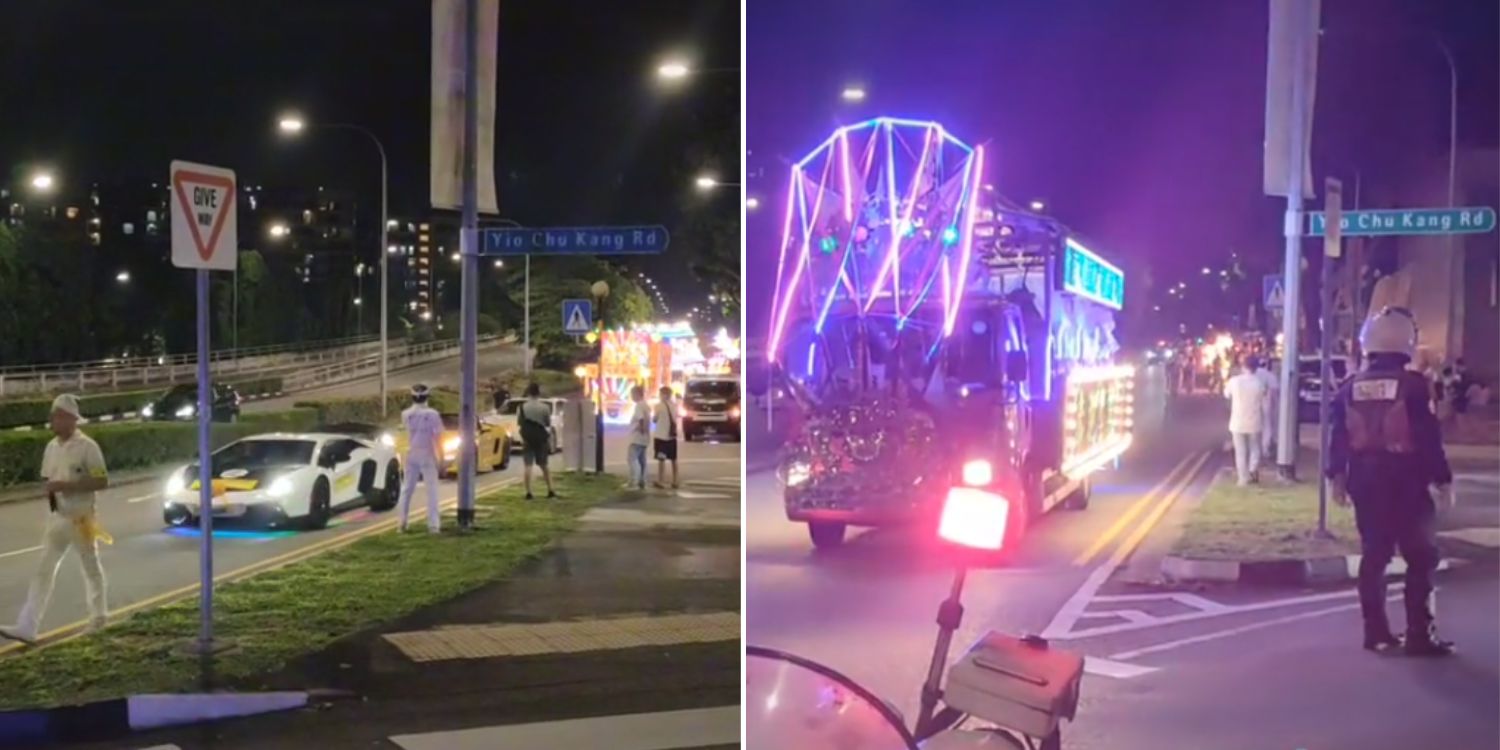 The event was quite a spectacle to behold.

In a multiracial and multireligious society like Singapore, it’s not uncommon to see all kinds of different festivals taking place.

Recently, celebrations for the Nine Emperor Gods Festival, which runs from 25 Sep to 4 Oct this year, kicked off, with one temple doing it in a very big way.

It was such a lavish and rather massive affair that auxiliary officers had to be deployed to direct traffic.

A clip by a TikTok user on Monday (26 Sep) shows a large procession travelling down Upper Serangoon Road.

The parade involving some pretty flashy vehicles is apparently in celebration of the Nine Emperor Gods Festival, a Taoist religious event.

Leading the entourage is a swanky white Lamborghini with colourful lights glowing beneath it. 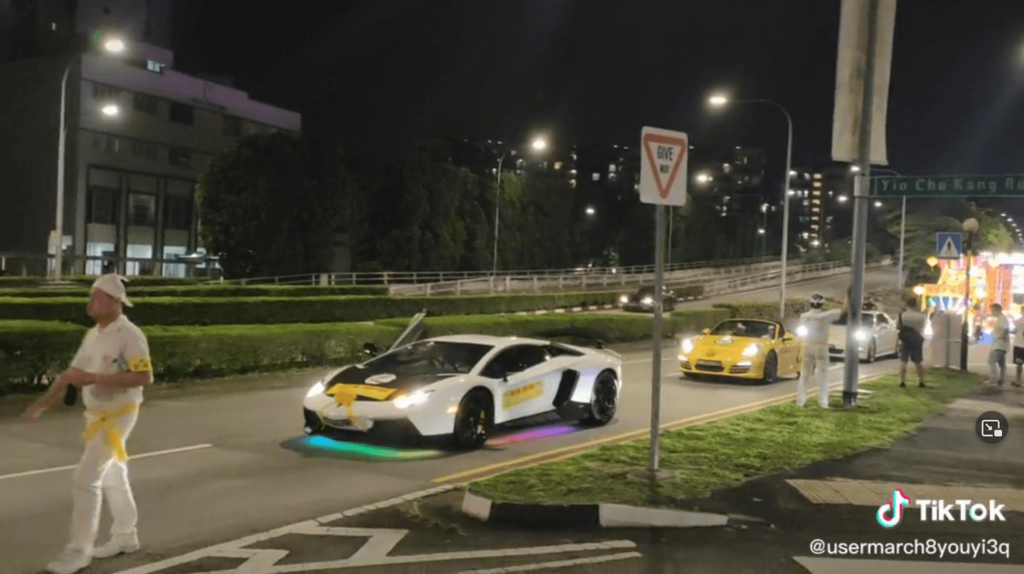 Following closely behind are a yellow convertible and a white sedan, both Porsches.

After that comes a whole slew of flashy floats that light up the night with their numerous LED bulbs. 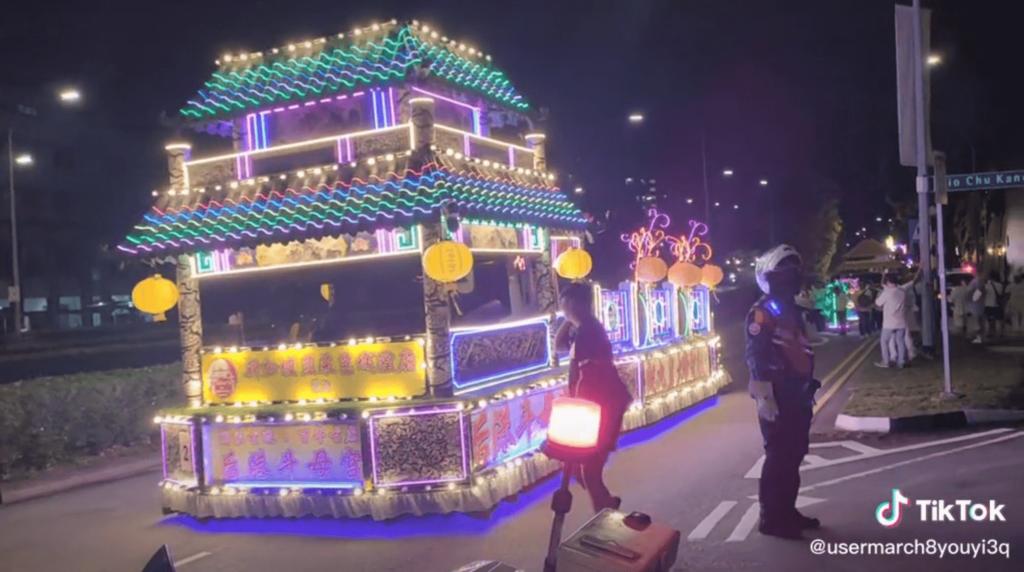 There are people walking in the parade too, with some playing instruments, while others carry or drag various items like dazzling palanquins. 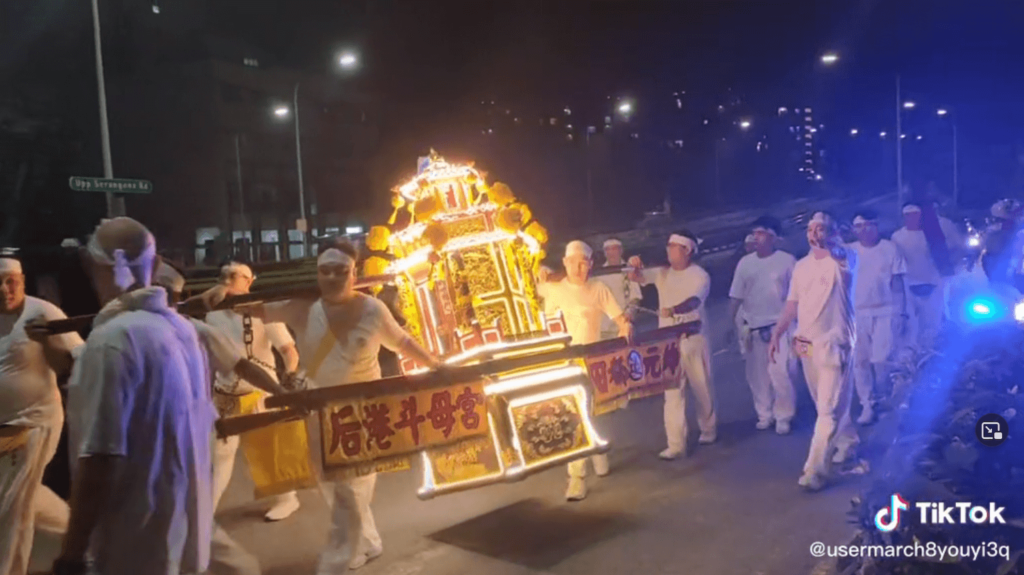 Keeping the energy up is a large group of lion dancers playing their signature cymbals, accompanied by floating dragons and other familiar figures of traditional Chinese ceremonies. 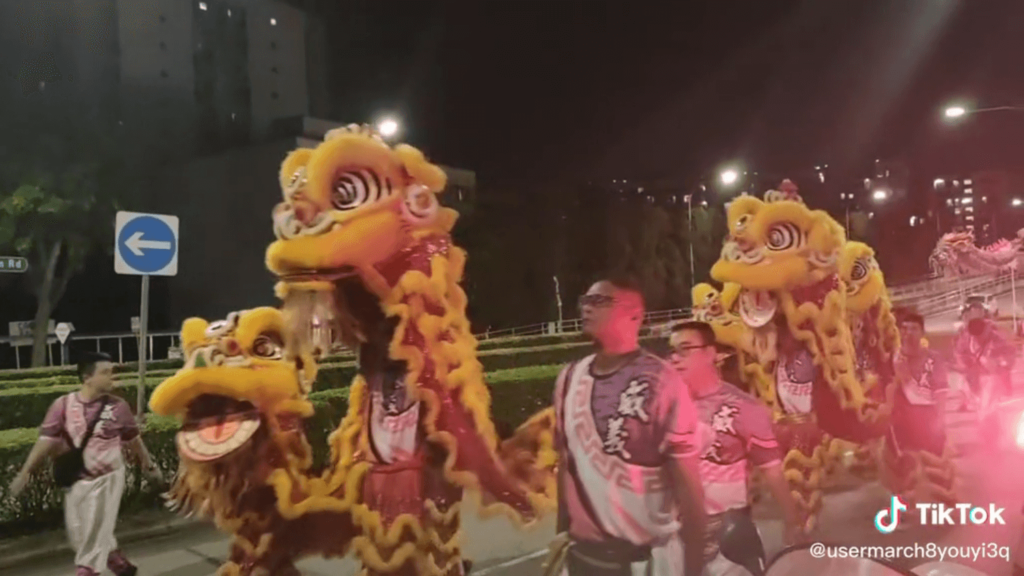 Since the procession took up a long stretch of a public road, auxiliary officers had to be present to help direct traffic. 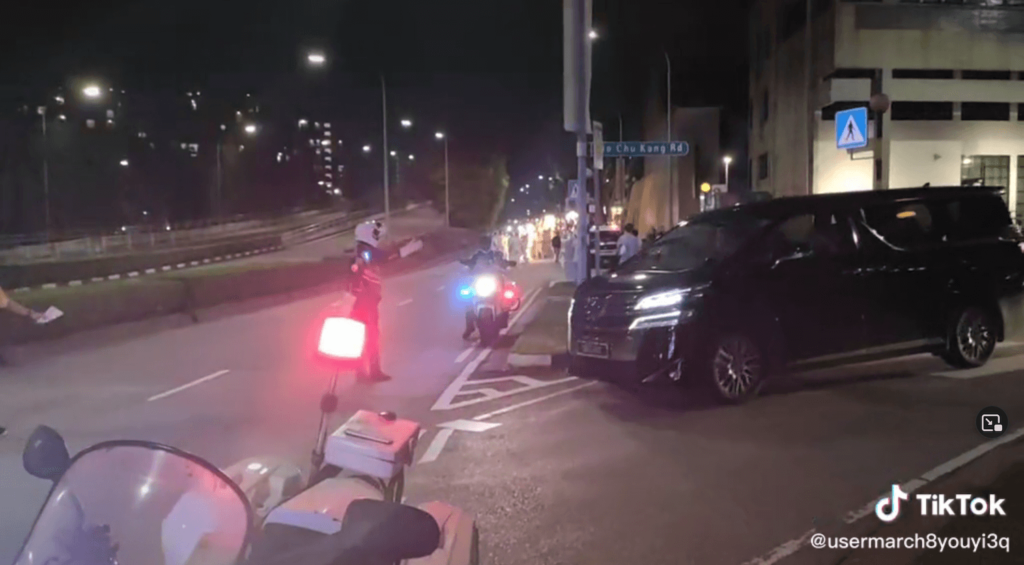 Naturally, such an over-the-top display piqued the curiosity of netizens.

When one TikTok user asked what the cars represent, another explained that they were a way of making an offering. 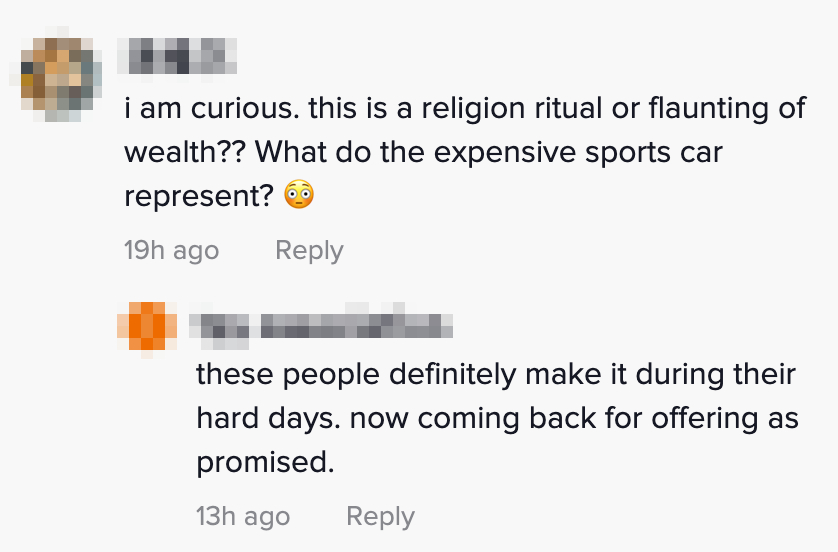 Other viewers also explained that the event was a ceremony for devotees to pray for blessings, prosperity, and health.

However, there were a few naysayers who expressed their annoyance with the flaunting of wealth and the loud noises.

Some even alleged unfair treatment when it comes to other religious festivals.

Still, there were those who acknowledged how orderly and well-organised the entire thing was despite the sheer amount of people involved.

Show respect & understanding towards all religions

While some folks brushed the procession off as an annoyance, the fact that there were officers around shows that it had received approval to take place there.

Each religion has its own unique way of celebrating an event, so we should all respect them as long as they do not bring anyone harm.

Editor’s Note: A previous version of this article stated that the officers were police officers. This is inaccurate and corrections have been made.