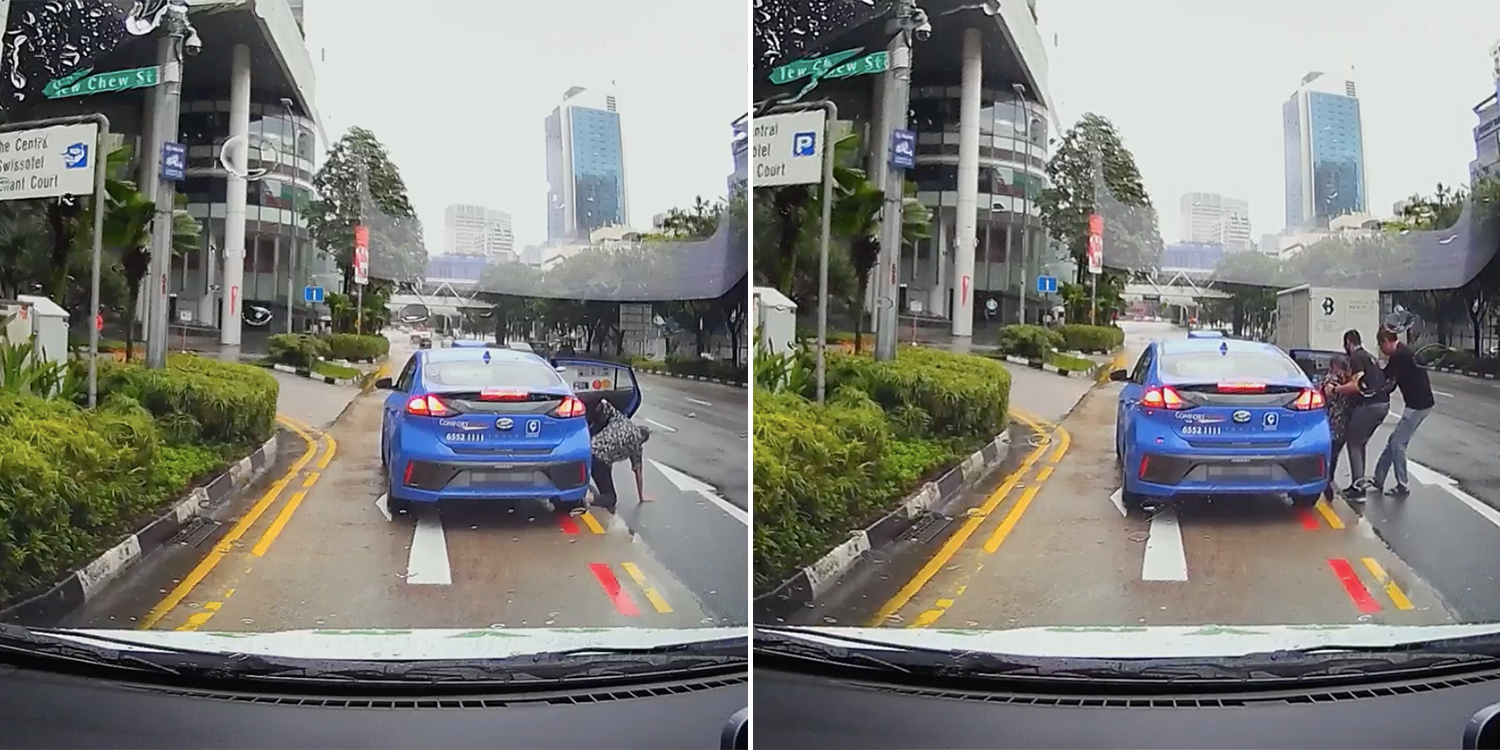 Taxi Moves Off While Elderly Man Was Boarding, Causes Him To Fall

Due to old age, most elderly might move at a slower pace. Hence we should be more considerate and patient with them, especially when they’re boarding or alighting from vehicles.

An incident was reported by Lianhe Wanbao on Tuesday (31 Aug) where an old man was seen falling on the road after the taxi he was getting into moved off while he was boarding. It happened on Monday (30 Aug) afternoon along Eu Tong Sen Street while it was drizzling.

An elderly man fell along Eu Tong Sen Street on Monday (30 Aug) while in the midst of boarding a taxi, Lianhe Wanbao reported.

In the video shared by 50-year-old Mr Huang (surname transliterated from Chinese), the elderly man was seen boarding the taxi while it was drizzling.

Mr Huang told Lianhe Wanbao that the taxi drove off even before the elderly man was fully in the car. 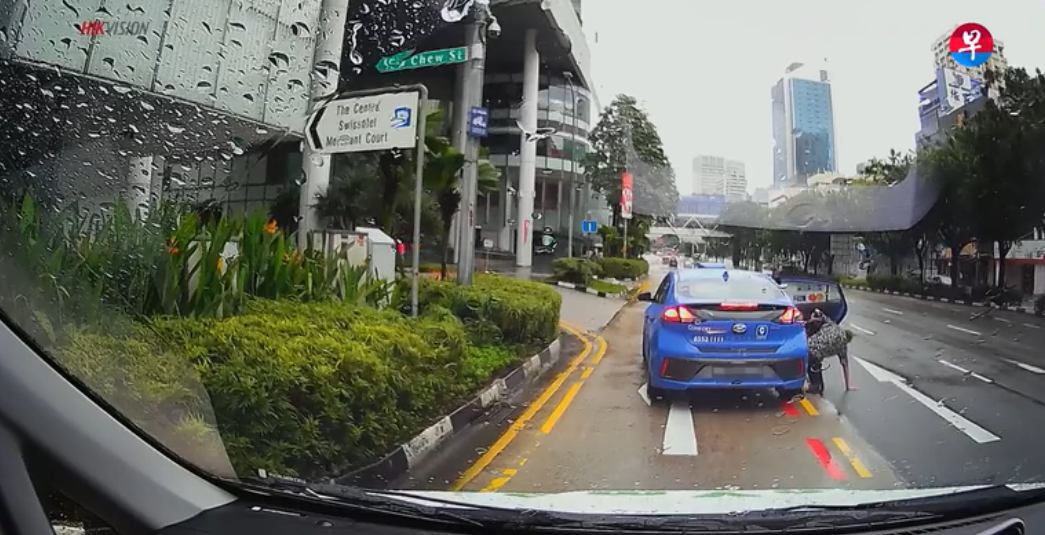 This resulted in the elderly man stumbling and falling on the road.

2 motorists help the elderly man up

Upon seeing the fall, Mr Huang immediately got down to assist the elderly man while another driver behind Mr Huang also stopped to help. 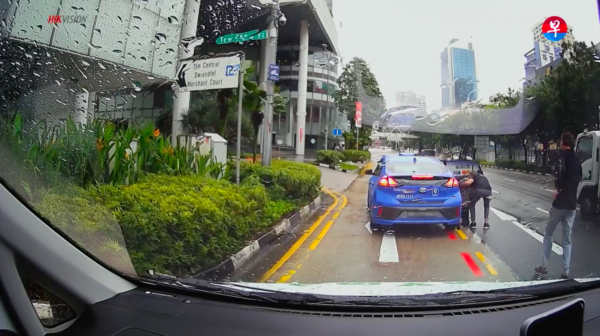 According to Mr Huang, there was another old lady in the taxi who was of similar age as the elderly man. He noted that she might’ve been his wife.

Though the incident seemed to have shocked her, she continued to grip the elderly man tightly. 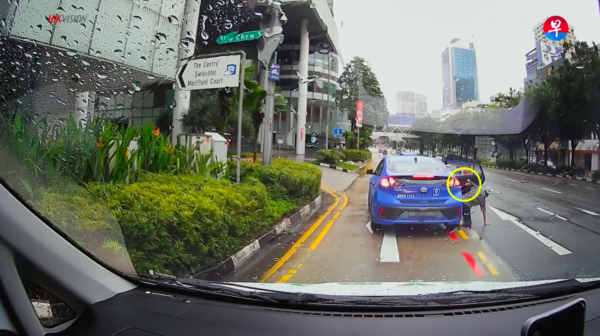 The taxi later drove off once Mr Huang and the other driver safely helped the elderly man in.

More patience required with the elderly

Thankfully, there were no fast cars driving along the road when the accident took place. Otherwise, the elderly man might’ve gotten seriously injured.

The taxi driver should’ve been more patient in allowing the elderly man to get on safely before driving off.

Due to their slower movement, the elderly may need more time to get into a vehicle, especially without assistance.

Kudos to Mr Huang and the other driver for acting fast and helping the elderly man up.