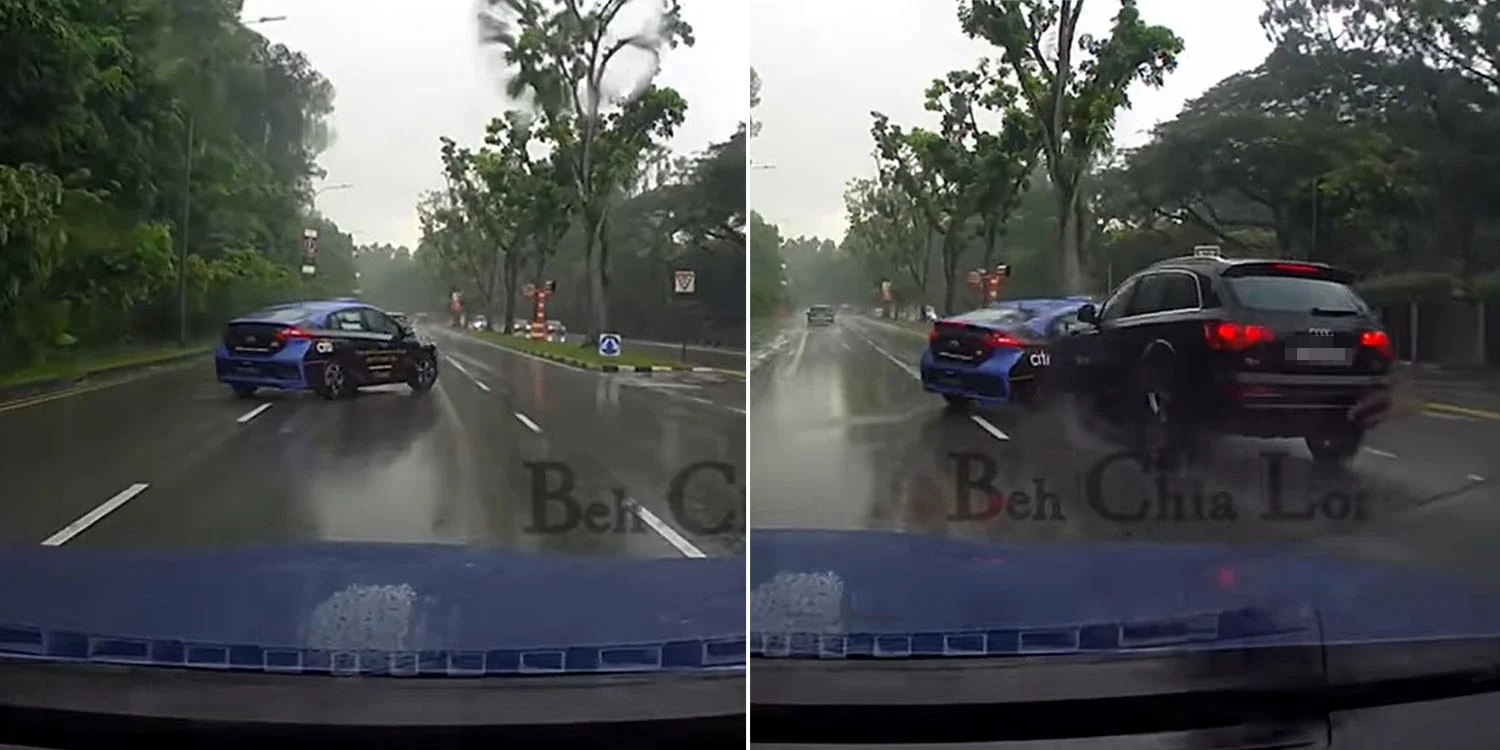 Make sure you're in the right-most lane before turning.

Here in Singapore where drivers follow the left-hand traffic practice, they’d always have to take the right-most lane when making a U-turn. Whether you’re a beginner or a veteran like most taxi drivers, this is common knowledge.

In fact, motorists would know this as one of the most basic concepts they learn in driving school.

However, on Saturday (23 Oct), a taxi driver at Holland Road tried to make the complex manoeuvre from the left-most lane instead, taking the driver of an oncoming car by surprise.

The taxi ended up spinning a full 90 degrees as a result of the collision and ended up on the centre curb.

Taxi attempts a U-turn across 3 lanes at Holland Road

At the start of the video on Facebook page Beh Chia Lor, a stationary blue cab is seen in the left-most lane with its hazard lights blinking. As the cam car approaches along the middle lane, the taxi starts moving diagonally to its right, seemingly heading towards the U-turn slip road.

Thankfully, the cam car manages to slow down in time and avoid colliding with the taxi.

Unfortunately, that isn’t the case for a black Audi SUV travelling in the right-most lane.

Perhaps not anticipating the taxi’s movement, the Audi crashes into the cab as it’s turning, hitting its right side and sending it spinning on the wet road.

The impact sends the taxi into a 90-degree whirl, as it ends up going against the flow of traffic.

As the cam car moves further ahead, the taxi appears in the peripheral view, apparently stuck on the road divider.

In response to queries from MS News, the Singapore Civil Defence Force (SCDF) confirmed that they had been alerted to a road traffic accident along Holland Road. Here’s their statement in full:

On 23rd October 2021 at about 12.10pm, SCDF was alerted to a road traffic accident along Holland Road towards City. SCDF conveyed two people to National University Hospital.

While the collision itself is shocking, many netizens seemed to be particularly taken aback by the taxi driver’s actions instead.

Presumably shocked by the risky lane change and U-turning attempt, this user wondered how the taxi driver got his driving licence in the first place.

Since some netizens interpreted the driver’s hasty actions as indicative of his urgency to make the turn, one of them described the driver’s attempt at saving a few minutes as being “not very smart”.

Rather than serve him well, this netizen pointed out that the driver only cost himself more trouble in the end.

Missing a turn along your route can understandably be frustrating, but there’s no reason to make risky moves to make up for it.

The taxi driver probably learnt this the hard way after the accident.

As for the rest of us, we can take this incident as a reminder to be more cautious on the road and make responsible decisions for everyone’s safety.