When it rain, it pours golden

Someone at the Straits Times Sports Desk Twitter account is very excited while covering the SEA Games.

And when I say excited, I mean he/she may have slipped in a pun best left to the bedroom. 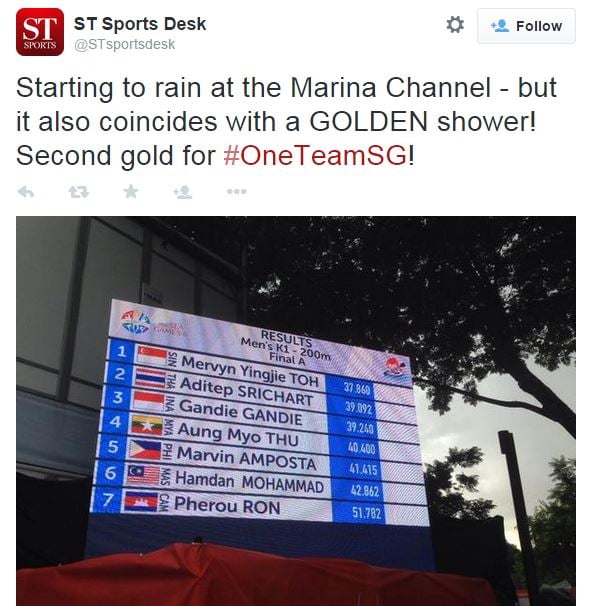 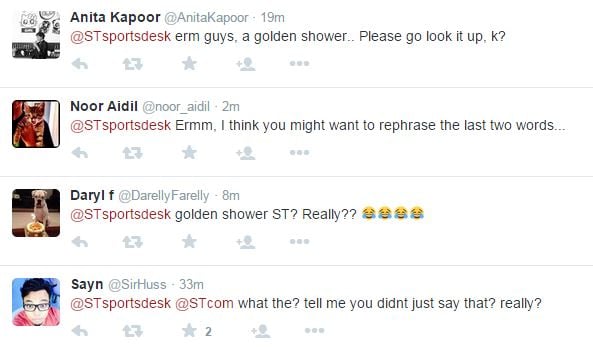 Someone, however, retaliated with an admittedly less…edgy…pun which may have earned him a job manning the Sports Desk account: 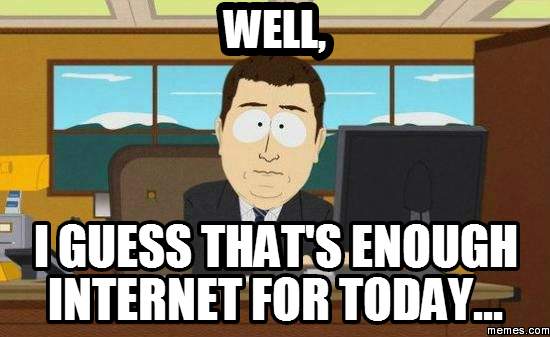 In case you have no idea what a golden shower is, just go ask Google. We’re not going to provide it.

Singapore did win two gold medals, in case you were distracted by the imagery of Team Singapore basking in a golden shower