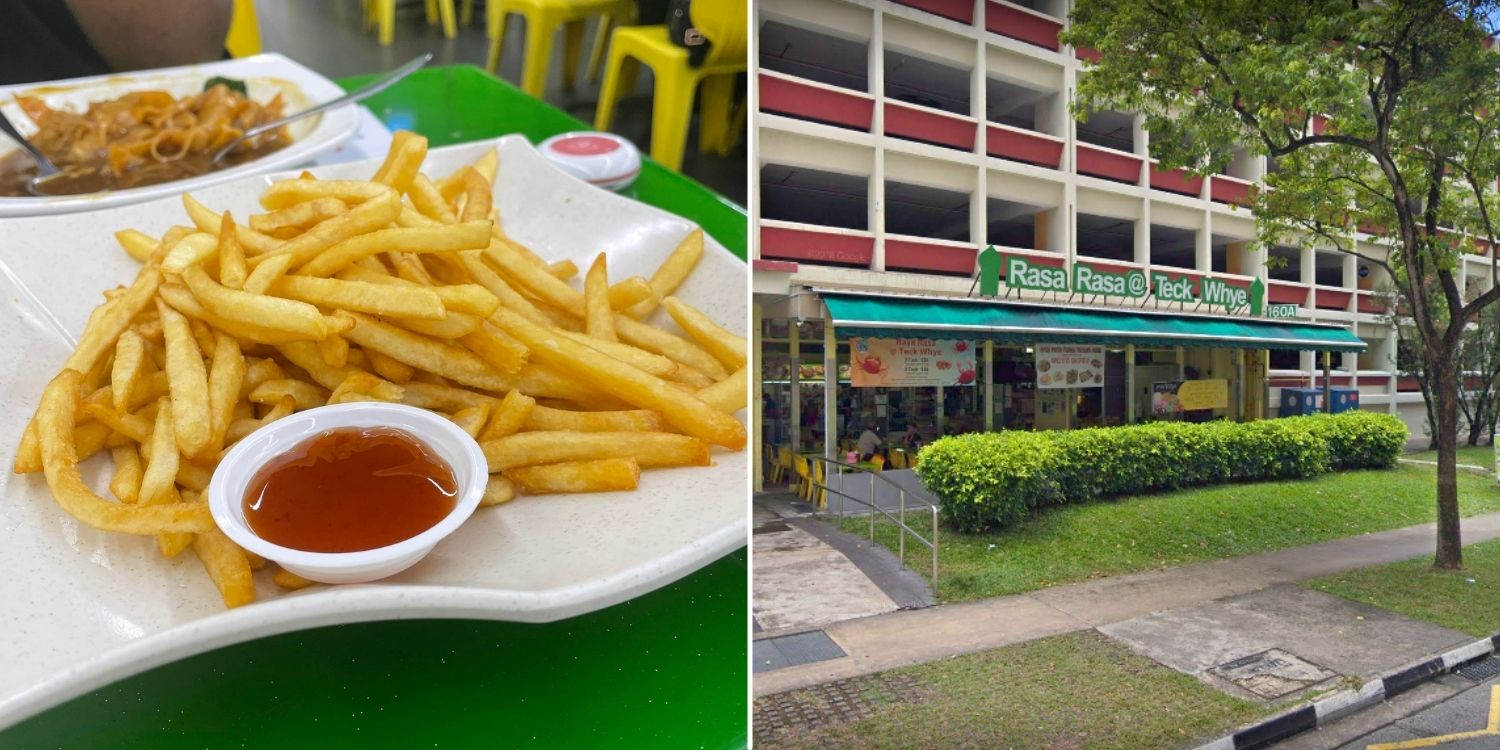 The restaurant says that prices are clearly stated in the menu.

Amid inflation and rising living costs, some of us may have started feeling the pinch as we have to fork out a little extra to afford simple meals.

While we can stomach paying an extra dollar or two, this customer had to fork out S$8 for a plate of fries at an eatery in Teck Whye. After finding out about the exorbitant price, the customer took to Facebook to speak her mind.

In her post, she said that the eatery “must be kidding” and urged them to “do something about it”.

Other diners chimed in with their own grievances, with some alluding to a wider problem with the eatery’s franchise.

On Tuesday (2 Aug), a Facebook user uploaded a picture of an S$8 plate of fries that she had bought from Rasa Rasa restaurant in Teck Whye.

The picture included a caption that reads, “$8.00 for just the fries? You must be kidding me bro. Teck Whye Rasa Rasa you should do something about it.” 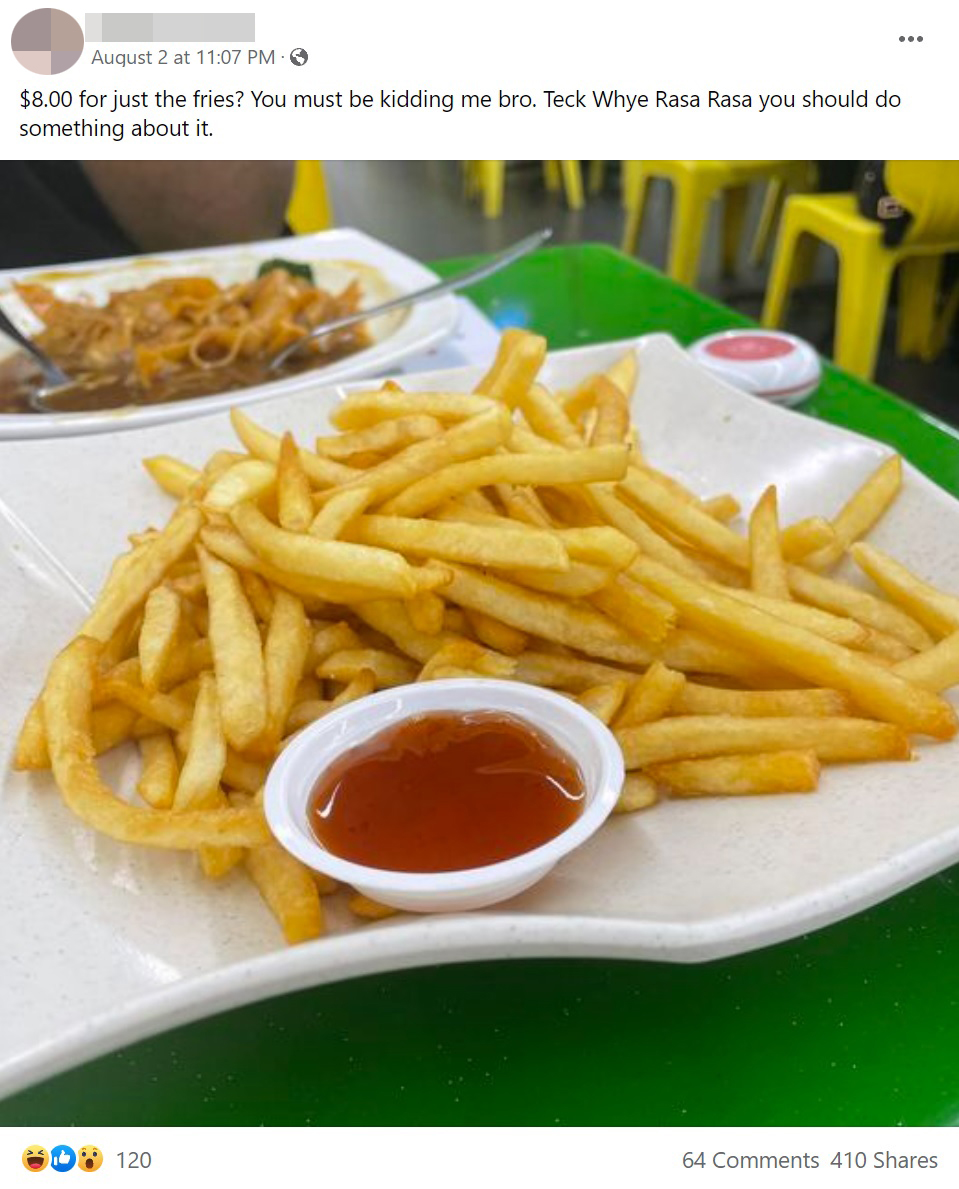 A look at the picture and one can possibly understand the OP’s frustrations. Perhaps to her, S$8 for a plate of plain fries and a small dollop of chilli sauce is not a worthy investment.

Following the OP’s post, others who have dined at the eatery’s various outlets before also came out of the woodwork to share their own similar experiences.

This diner, who patronised an outlet in Yishun claimed that her usual Western meal now costs a staggering S$12. She claimed that the set which includes three chicken wings and fries used to cost her S$7.50.

A netizen offered some perspective and said that prices are rising across the board. However, the OP mentioned that other dishes, such as a plate of kway teow, were only priced at S$7.

No matter how big the portion may be, this netizen shared that the price was too much “especially at a coffee shop”.

Speaking to MS News, Rasa Rasa @ Teck Whye said that they have conducted a market survey on food prices and noticed an overall increase of 40%.

To keep in line with this increase and sustain their business, they thus fixed the prices of their items as stated in the menu.

They also clarified that there are no hidden prices and that customers know the exact amount they’re paying for all the dishes.

Spend only on what you can afford

It seems that even the most popular food spots cannot escape the claws of inflation.

Since rising costs are affecting all of us, perhaps customers can try to be understanding of businesses’ struggles.

On our end, we can decide what we’d like to buy based on our budgets, so we won’t end up spending more than we can afford.

Let’s hope this challenging period will pass so we can enjoy our favourite treats at lower prices again.