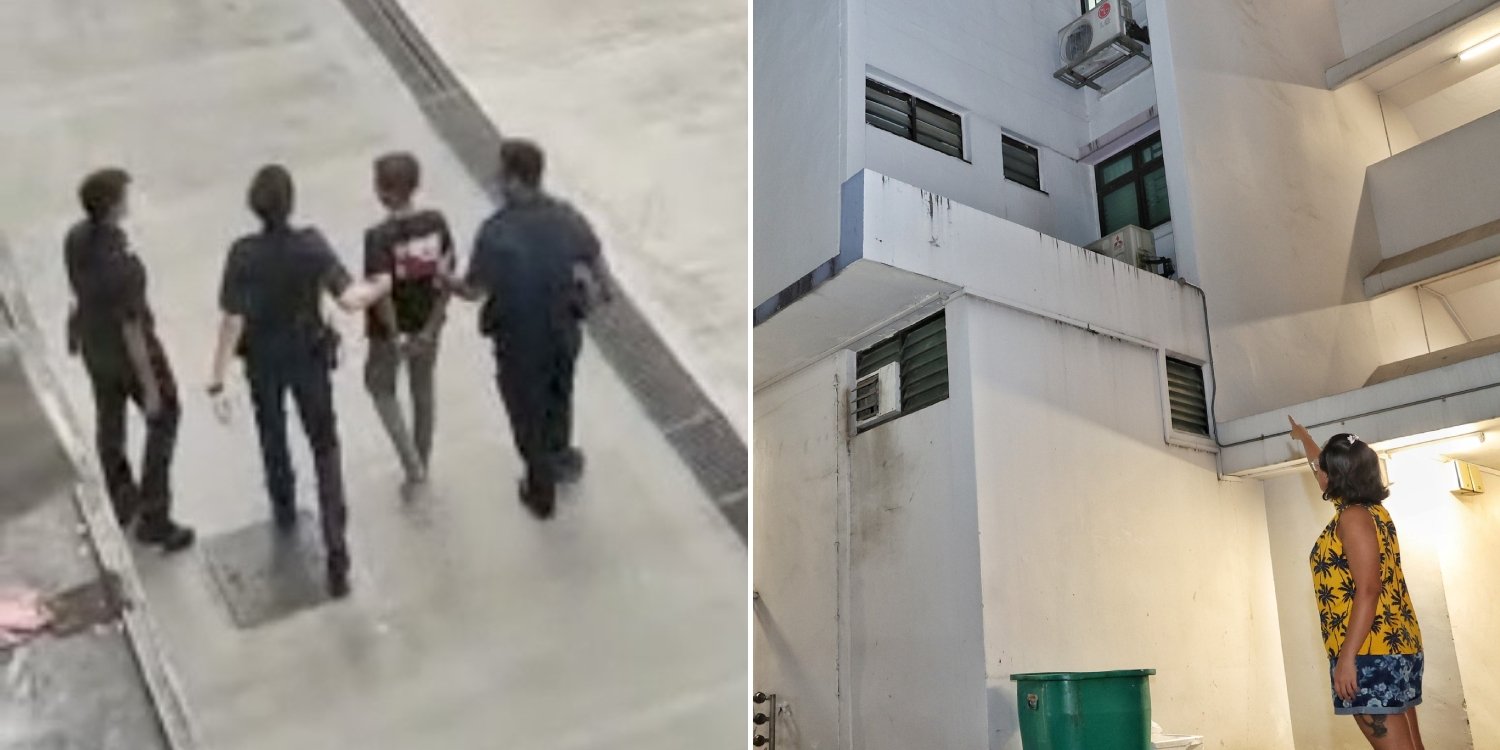 He tried knocking on windows to see if anybody would let him inside their unit.

When running from the police, criminals would often make rash decisions in the spur of the moment.

Two suspects in a theft case did exactly that when they climbed along the walls outside an HDB flat in Bedok in an attempt to escape from the authorities.

However, their dramatic efforts were in vain as one of them still ended up being taken into custody. 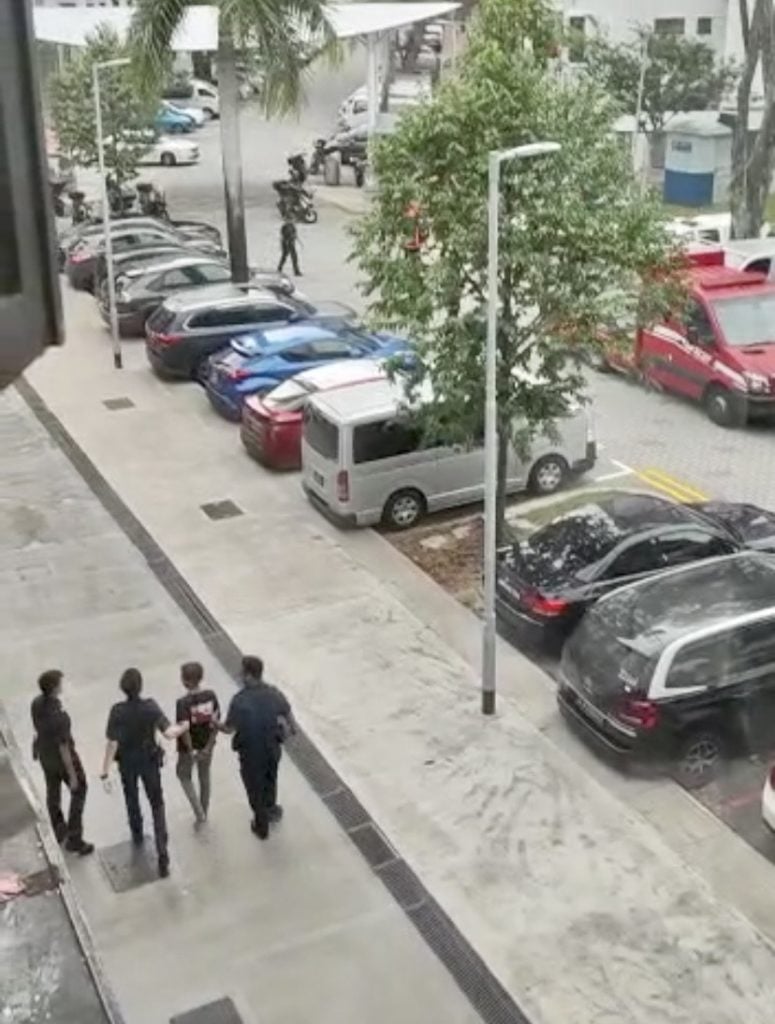 Officers were pursuing the teenage suspects in a theft case when they apparently panicked and climbed onto the ledge on the second floor of a block. A resident on the third floor told reporters that she was resting at home when she suddenly heard shouting outside her window.

She looked out and was surprised to see two teenagers standing on the ledge outside the second-floor wall. There were also several police officers downstairs. The young men reportedly knocked on the windows of four different units to see if anyone would let them in to hide.

When nobody responded, one of the suspects jumped off and ran off, leaving his companion standing there alone on the ledge.

Worried that he would somehow make his way up to the third floor, the resident immediately closed her window.

At about 6pm, she was relieved to see him being taken away by the police.

Shin Min Daily News notes that the ledge was about 30m long. It’s believed that the teens climbed onto the ledge from the outside stairwell of the HDB block.

Residents worry for their safety

The fact that the suspects were able to get to the kitchen windows of several units from the ledge has spooked residents.

They pointed out that not everybody locks their kitchen windows. This could make the ledge right outside the perfect “platform” for thieves to gain access to their units.

One domestic helper said that she was in the kitchen when she heard the commotion outside.

When she looked out, she saw the teen knocking on her neighbour’s window.

As soon as she locked the window, the teen came over and tried to open it while she froze in fear.

Fortunately, he gave up and went on to the next one, but the helper, who was home alone with an elderly woman at that time, shudders to think of what might’ve happened if the suspect had entered their apartment.