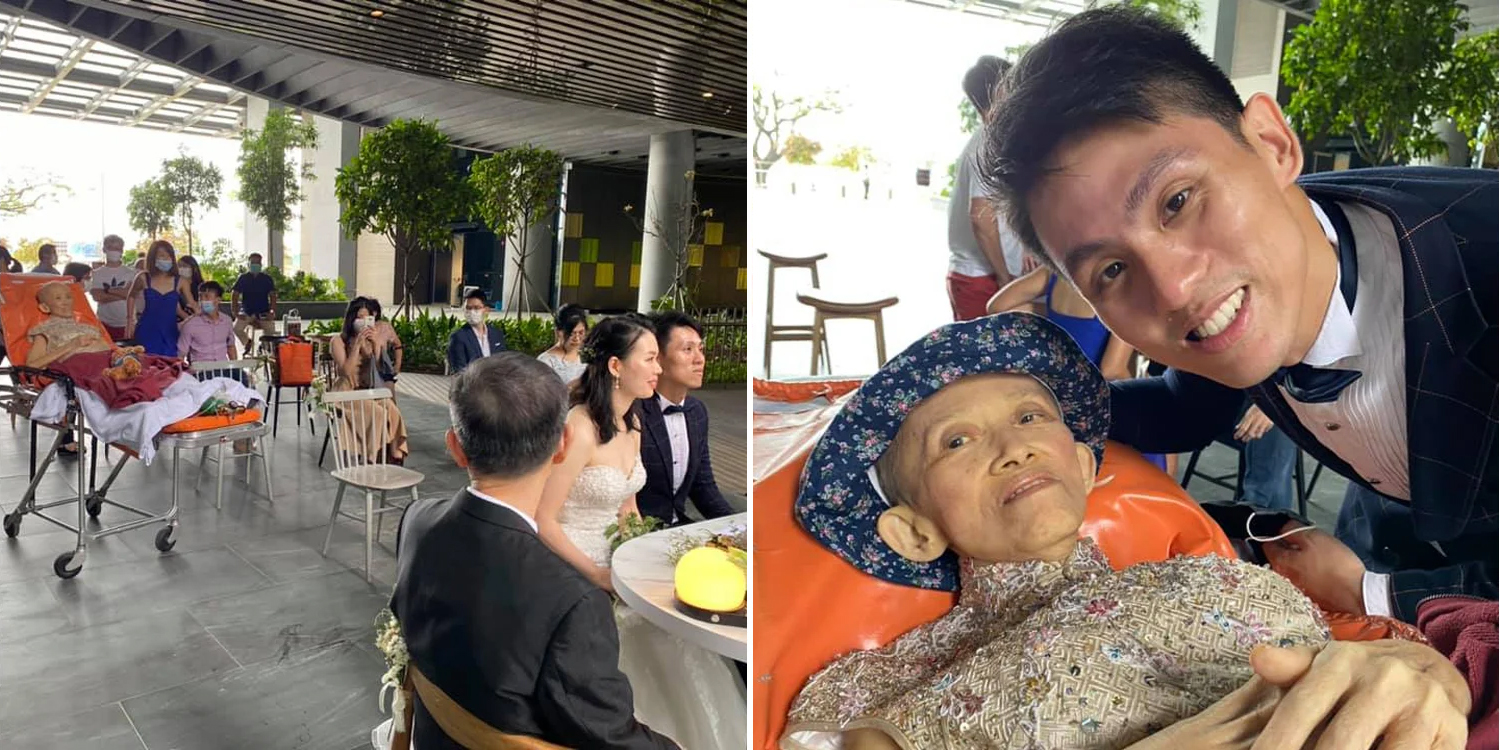 Every wedding is a momentous occasion, signifying a big step in life. Understandably, the couple involved would want to be surrounded by their loved ones.

For Mr Chia Fu Yong, his wedding day on Saturday (10 Oct) was an especially special yet bittersweet one. 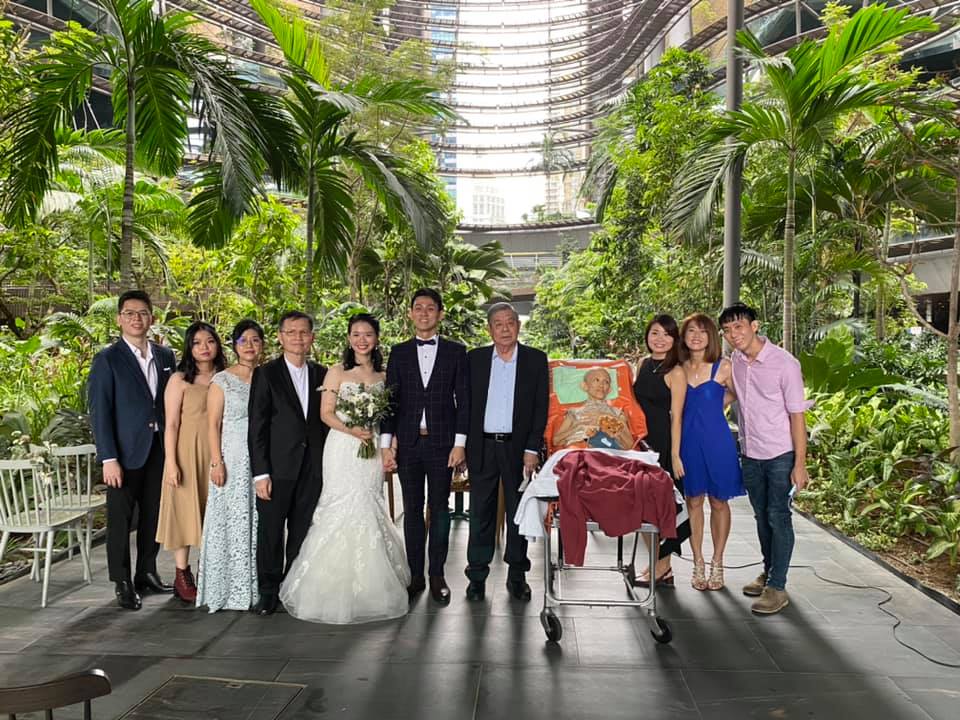 It was a day that he feared his mother wouldn’t be able to witness since she was diagnosed with terminal cancer.

Thankfully, with the help of a charity group, Mr Chia’s terminally ill mother, Mdm Ng got to fulfil her biggest wish — watch her son get married.

Mother breaks out into smile during solemnisation ceremony

Mr Chia and Ms Tan’s wedding was set to take place at Marina One on Saturday (10 Oct).

As the solemnisation ceremony begins, Mdm Ng watches on nearby while lying on a stretcher. 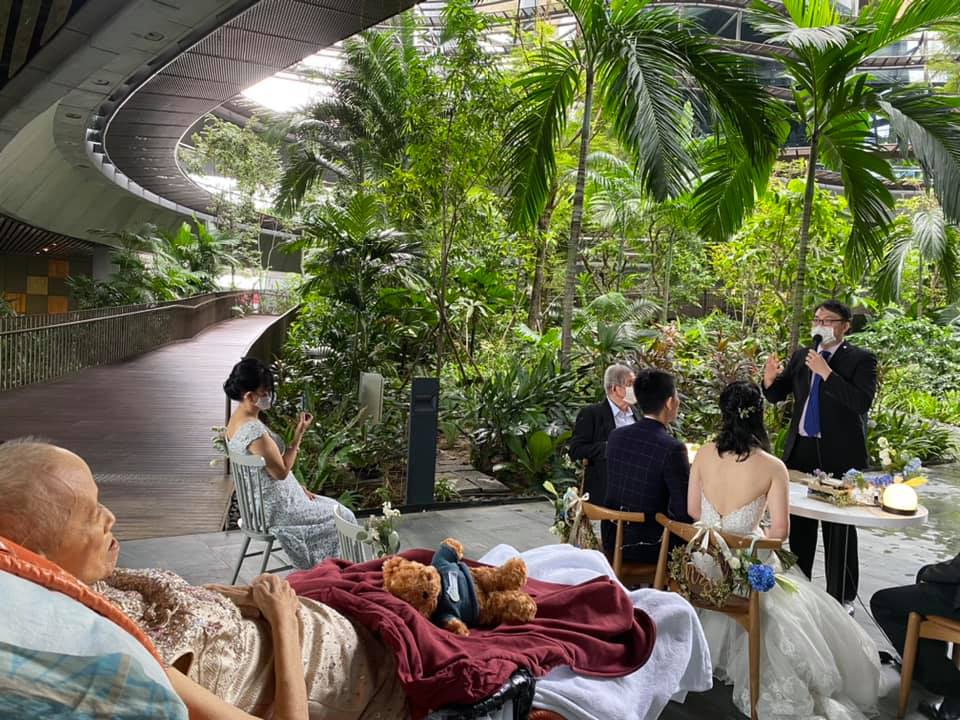 Although the situation was not ideal for Mr Chia, it was everything he could have asked for with his mother in attendance.

Mr Chia was so emotional that he teared upon seeing his mother smile during the ceremony.

Mdm Ng even mustered her strength and joined the crowd to applause when the couple was pronounced husband and wife. 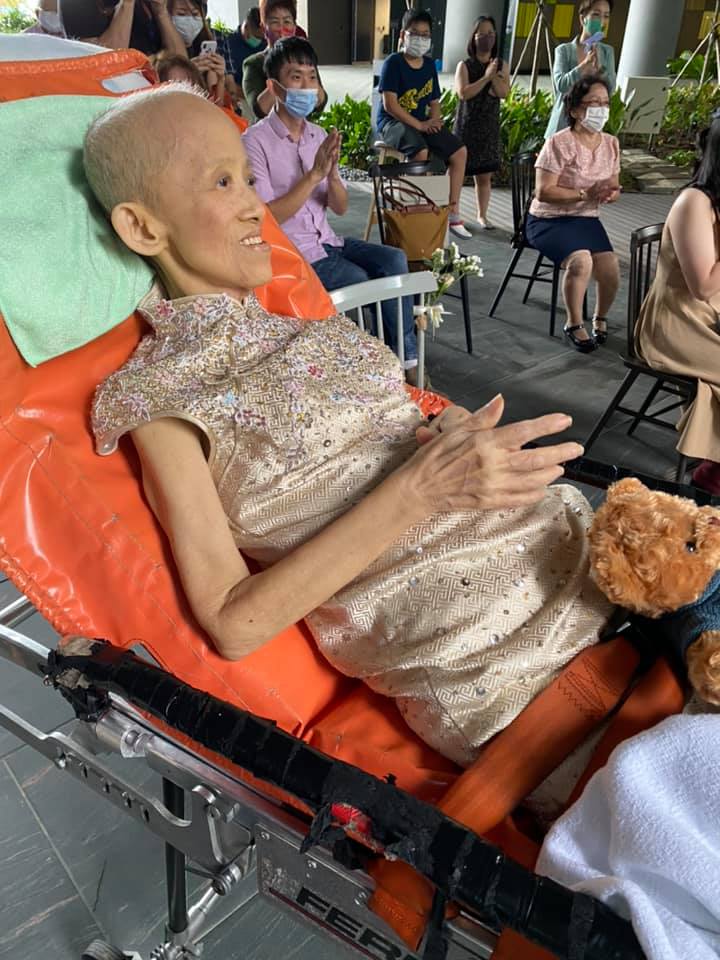 His mother, Mdm Ng, definitely shared in his happiness. Due to her poor health condition, Mdm Ng struggled to speak but managed to whisper to a nurse and volunteer that she was very happy.

Back in July, Mdm Ng was diagnosed with stage 4 pancreatic cancer, reported ST.

The diagnosis came unexpectedly for the family. At the time, the doctor informed them that Mdm Ng’s had a year to live.

The 77-year-old’s long-held wish was to be able to watch her son get married.

In a bid to fulfil the ailing mother’s last wish, the couple who got engaged at the start of the year expedited their wedding plans.

In the short span of 2 months, they planned their entire wedding and had it set on 10 Oct.

However, just 2 weeks prior to the big day, Mdm Ng’s health deteriorated further.

The family initially feared that she would not be able to hold on long enough to watch her son get married. But she somehow did.

Family thanks charity organisation for help

While weddings are typically happy occasions, the day was laced with mixed emotions for the entire family.

According to ST, Mr Chia felt that his mother had hung on this long specially for his wedding. 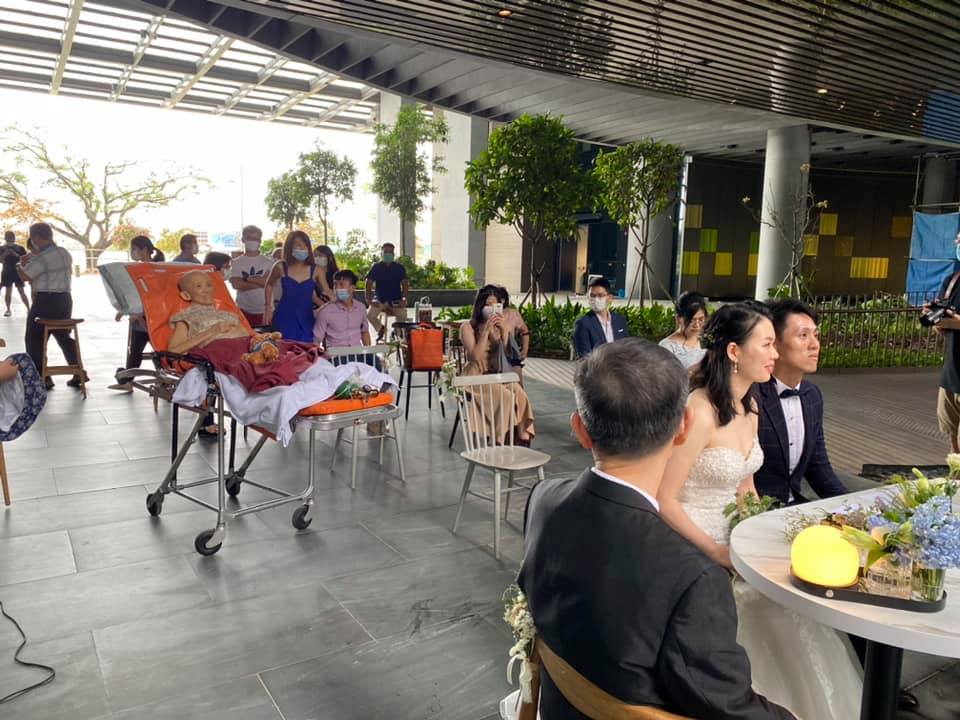 However, the Mdm Ng was only able to see her son tie the knot with help from Ambulance Wish Singapore.

On the day, the organisation dedicated to fulfilling terminally ill patients’ last wishes helped send the bedridden Mdm Ng to the wedding in an ambulance.

Throughout the ceremony, a nurse also stood by Mdm Ng’s stretcher, ensuring her safety and comfort.

The family expressed their gratefulness to the volunteers and Ambulance Wish Singapore for helping to bring the day to reality.

A joyous day to look back on

Kudos to folks from Ambulance Wish Singapore for not only fulfilling Mdm Ng’s wish but also giving the family such a joyous day to look back on.

There’s no telling when or if Mdm Ng will succumb to her illness. Regardless, we’re sure this special day will be forever etched in the family’s memories.