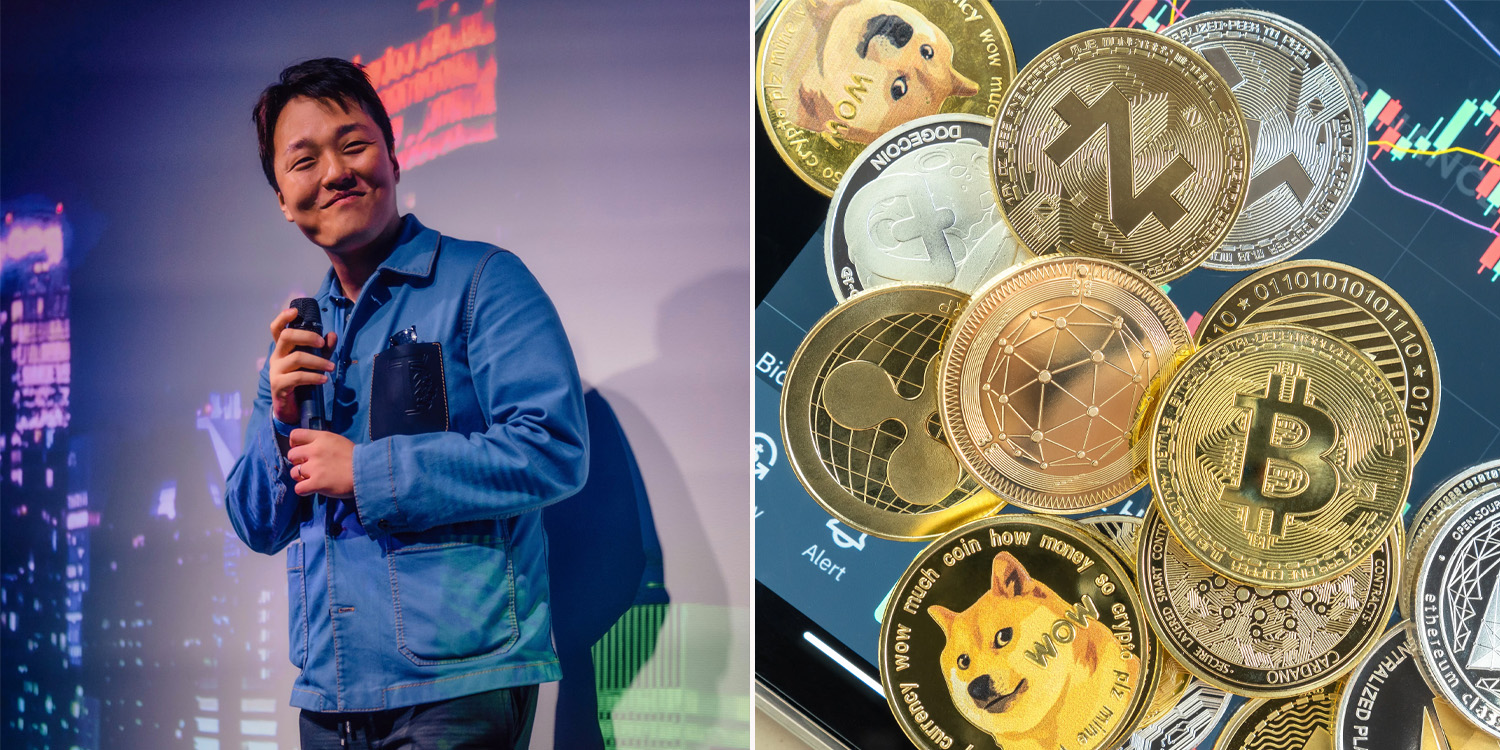 The complainant alleged the company had lost its investors S$32 billion.

The cryptocurrency world is known to be highly volatile as it is still in its nascent stage. At times, investors are just one bad day away from losing their lifetime’s worth of savings.

Recently, Terraform Labs – the company behind popular currencies TerraUSD (UST) and Luna – experienced such an incident when the price of both UST and Luna crashed, leading to tremendous sell pressure.

Many Singaporeans who invested have thus lost their hard-earned dollars. As a result, a concerned citizen filed a police report against the Singapore-based company and its South Korean co-founder Kwon Do Hyeong.

The Singapore Police Force has confirmed they have received the complaint. However, they will not go forward with the investigation.

On Saturday (14 May), netizens first posted news of the police report – purportedly lodged on behalf of UST and Luna investors – on Reddit and Facebook. 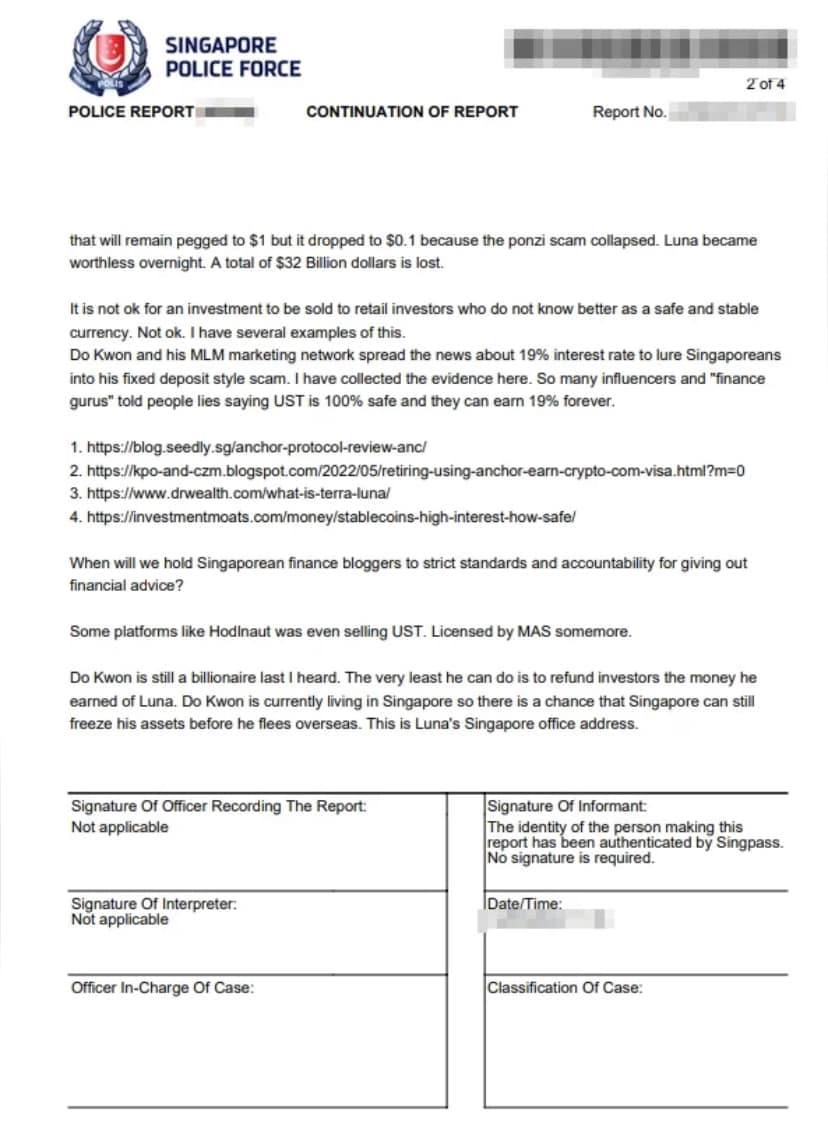 The complainant alleged that Terraform Labs had lost its investors a total of S$32 billion, likening it to a Ponzi scheme.

They added that it was not okay for such companies to sell an unstable currency to retail investors who may not know better. 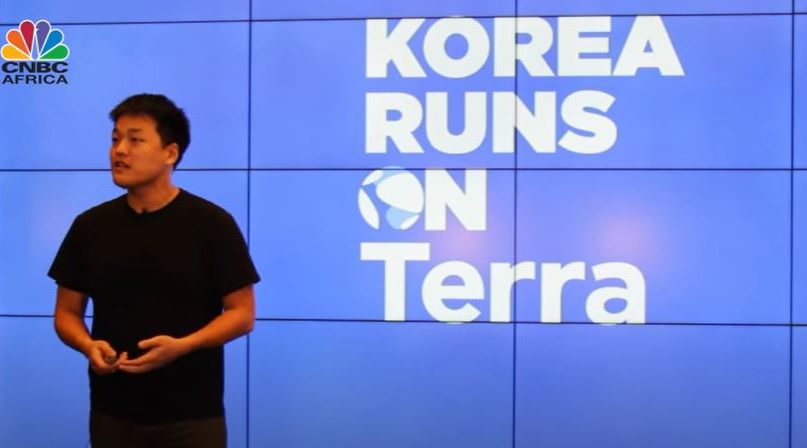 The report also claimed that more than 1,000 Singaporeans had invested in the firm and that authorities should “seek justice” for them.

The address of Terraform Labs was also included in the report. The person further urged authorities to pursue action against Mr Kwon himself for the market crash.

Police confirm they are not investigating Terraform Labs

Speaking to The Straits Times (ST), the police have confirmed they received the report against Terraform Labs.

However, they will not investigate the company for any fraudulent business behaviour.

The decision by authorities to refrain from investigating Terraform Labs should not come as a surprise, considering the stance of the Monetary Authority of Singapore (MAS) towards those who invest in cryptocurrency.

As pointed out by the OP of the Facebook post, MAS has always warned of the risks of trading in cryptocurrency. He said prices of such currencies are often victim to sharp speculative swings, making them unsuitable for the public.

The plummeting of prices for both UST – a stablecoin pegged to USD through an algorithm – and Luna was first reported last week.

The market crash caused the Terra blockchain to get halted and restored twice.

Crypto exchange platform Coinhako then informed users on 18 May to withdraw their UST and Luna holdings, as trading for both will stop at the end of the day.

Coinhako will proceed to convert the remaining Luna and UST balances into SGD at the prevailing rate afterwards, crediting them to users.

Invest at your own risk

Trading in cryptocurrency is incredibly popular, many reportedly earning millions off just the act itself. However, we must realise that with it comes various risks as well.

Therefore, the onus is on investors to gain as much knowledge about a currency before trading with it.

If a market crash does occur, we will have to bear the responsibility of investing in an unstable currency ourselves.