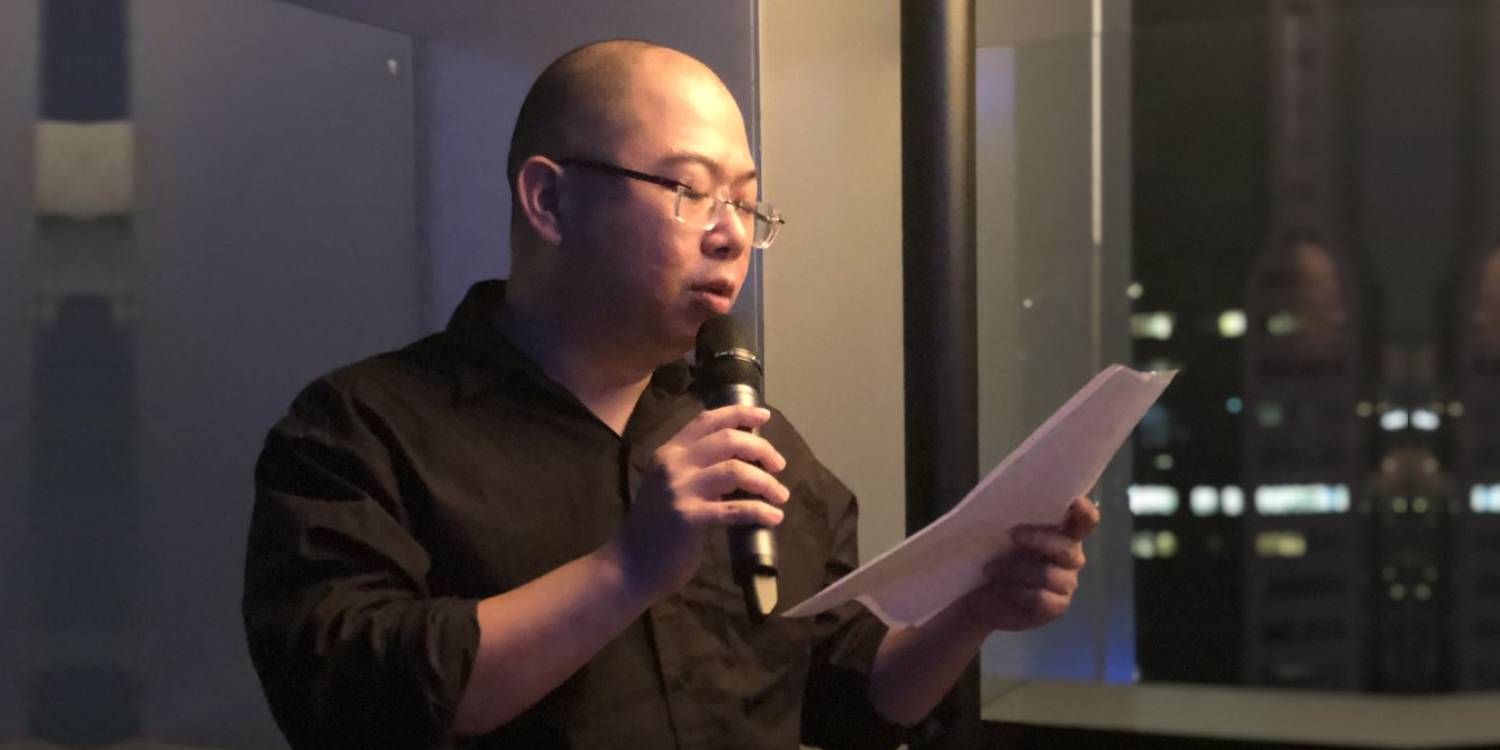 Terry Xu Has To Pay LHL $87,800 In Legal Costs After Defamation Suit

The Online Citizen editor Terry Xu was ordered to pay $210,00 to Prime Minister Lee Hsien Loong for a defamatory article that was published on the site in 2019.

After 19 days, he managed to raise that sum through crowdfunding.

Now, Xu has to pay another $87,000, this time for the legal costs that PM Lee has incurred during the suit. 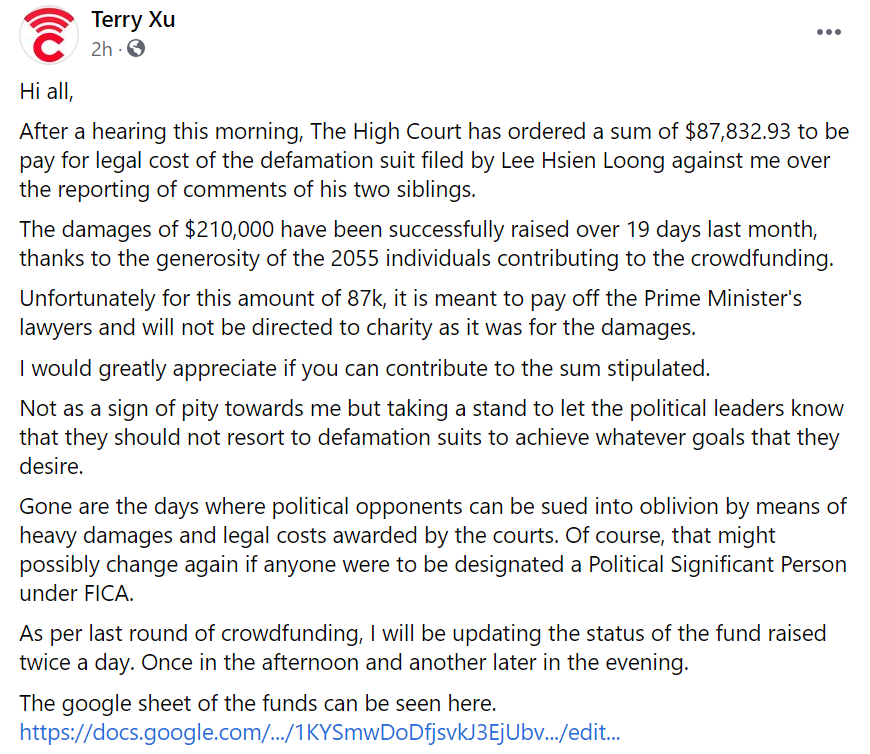 As such, he’s started another crowdfund.

The judge had also previously awarded PM Lee $210,000 in damages, which Xu raised by 20 Sep through crowdfunding.

The Prime Minister’s Office has said that the damages will be donated to charity.

He noted that this is “not a sign of pity” towards him as he says it is taking a stand against political leaders in using defamation suits in achieving goals that they desire.

Xu said that he’ll provide updates on the crowdfunding status twice a day — once in the afternoon and another one later in the evening.

The amount to be raised this time is lower and the amount shouldn’t be raised with great difficulty.

Previous crowdfunding campaigns following defamation suits have been successful. Among the ones who’ve used this method are blogger Leong Sze Hian and Roy Ngerng.