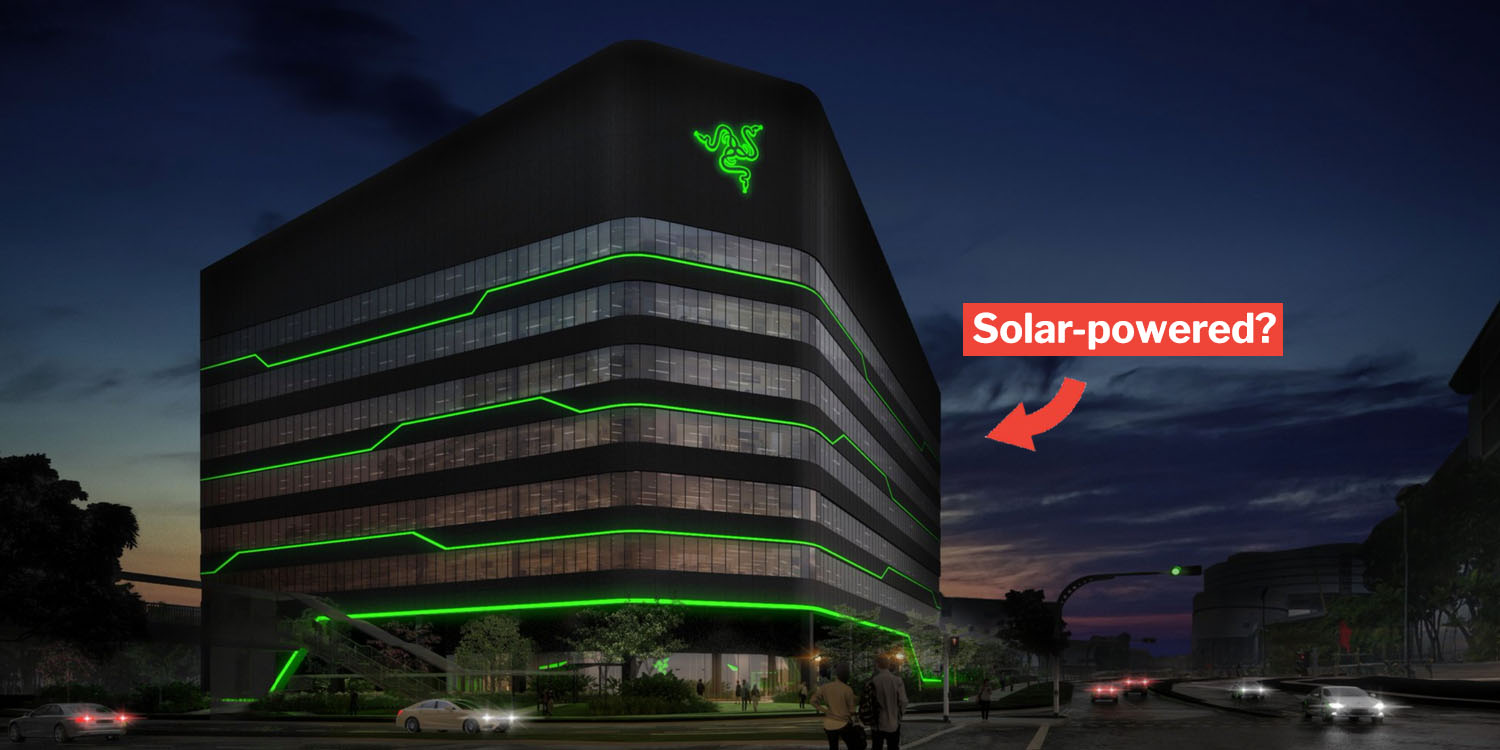 Why is Tesla not in Singapore?

While Tesla is known for selling sleek and super fast charging electric vehicles, that’s not all the company has to offer. They manufacture solar panels and develop renewable energy solutions too!

So, why aren’t they selling their famous solar panels in Singapore?

One curious netizen took to Twitter to ask genius-billionaire-philanthropist Elon Musk, while Razer CEO Min-Liang Tan joined the conversation to show-off their bromance.

When a netizen asked about Tesla’s presence in the country, Elon regrettably replied that “Govt has been unwelcome”.

Let’s provide some context. In May 2018, Tesla Founder Elon Musk tweeted that the Singapore government was “not supportive of electric vehicles”.

But what about renewable energy?

Elon Musk ambitiously declared that Singapore could “switch to solar/battery & be energy-independent”.

Tesla’s goal to enter Singapore is far from easy, but friends in high places could offer some help.

Razer CEO Min-Liang Tan joined the thread and said he’d love to have a “solar/battery outfit” for his upcoming building located at one-north.

Musk replied that he’ll “connect Tan with Tesla Energy” and praised his company. 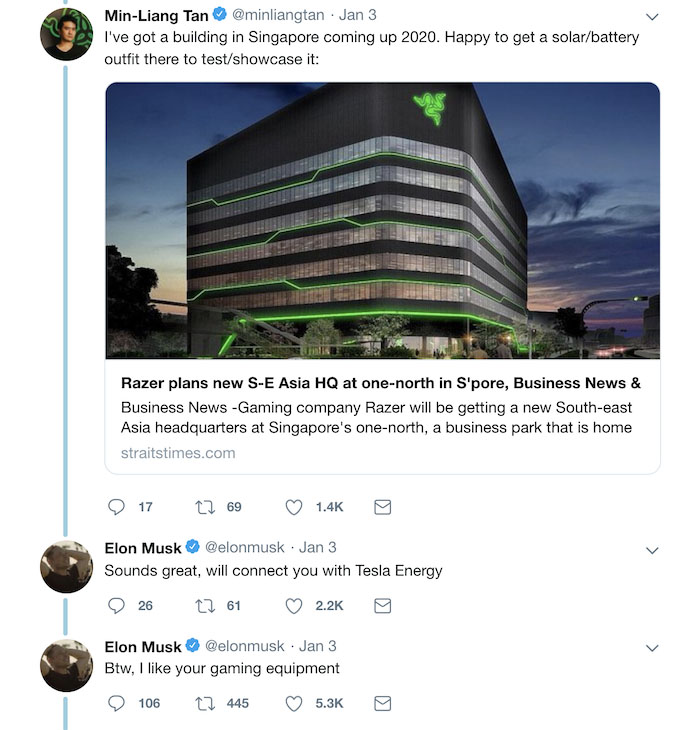 Like most of us, Tan is also a Tesla fan.

Beginning of a wonderful friendship

Since celebrity friendships are based on tweets, many netizens were expecting a future Tesla x Razer collaboration. 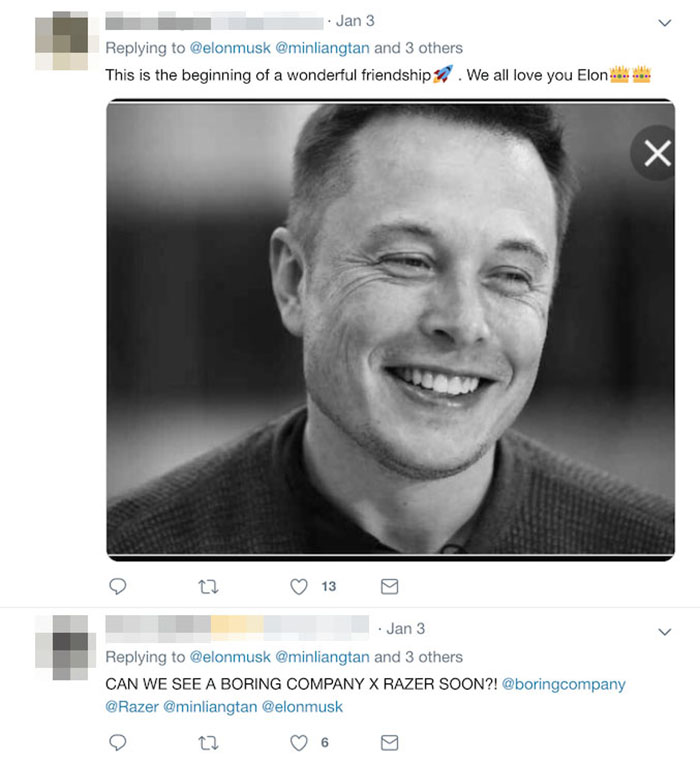 We’re not sure about the government’s stance on Tesla’s solar panels, but we’re excited to see Razer take the first step. 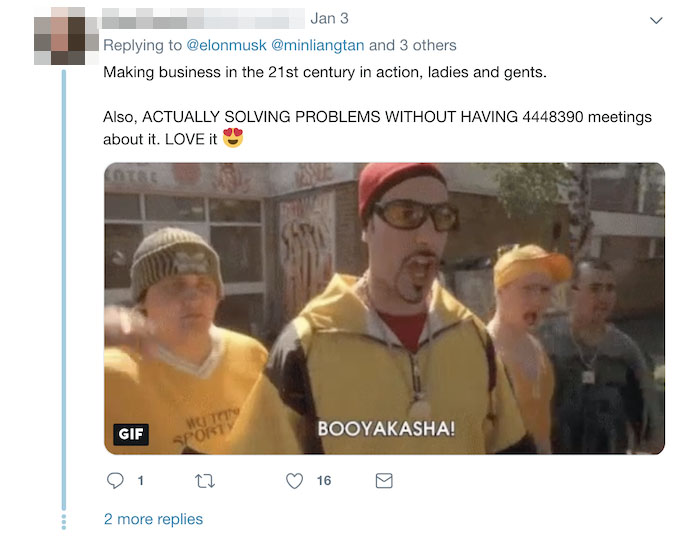 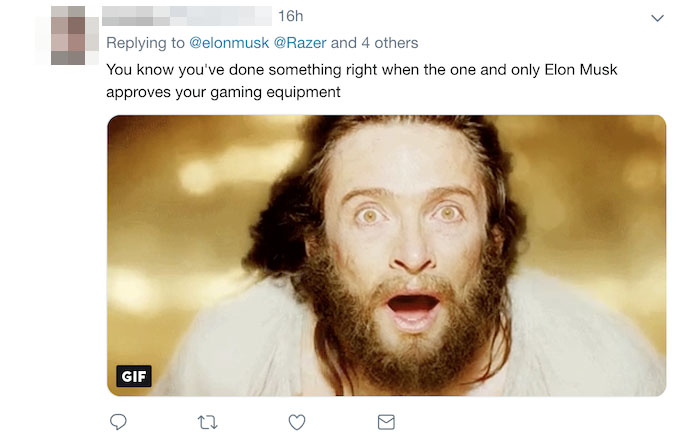 The future of sustainable energy?

Despite the cautious stance of Singapore in regards to Tesla’s electric vehicles, the country is taking some steps to execute sustainable energy solutions.

The Straits Times reports that the SP Group will install 1,000 EV charging points by 2020, and 3M recently launched one of the country’s largest solar farms.

Implementing sustainable energy is a big step, so it’s only right that we’re taking small but sure steps to reach our goal.

And while we’re not sure about the future, we’re very excited to see Razer’s SEA HQ building and keeping our eyes peeled for recruitment notices.