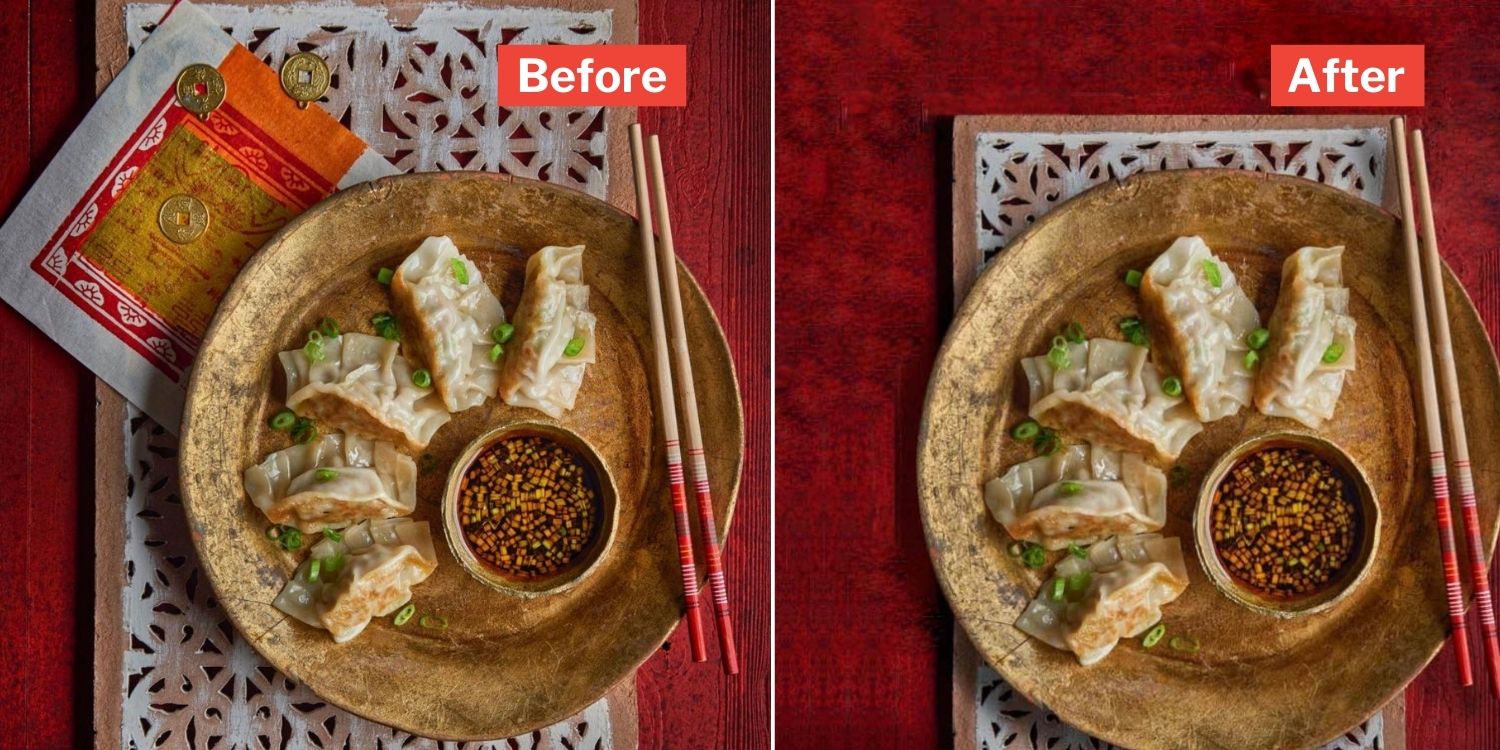 Many in the Chinese community were incensed.

In Chinese culture, joss papers are commonly used as burnt offerings for ancestral worship. Hence, it is customarily deemed disrespectful if the papers were to be displayed during auspicious festivals such as Chinese New Year. 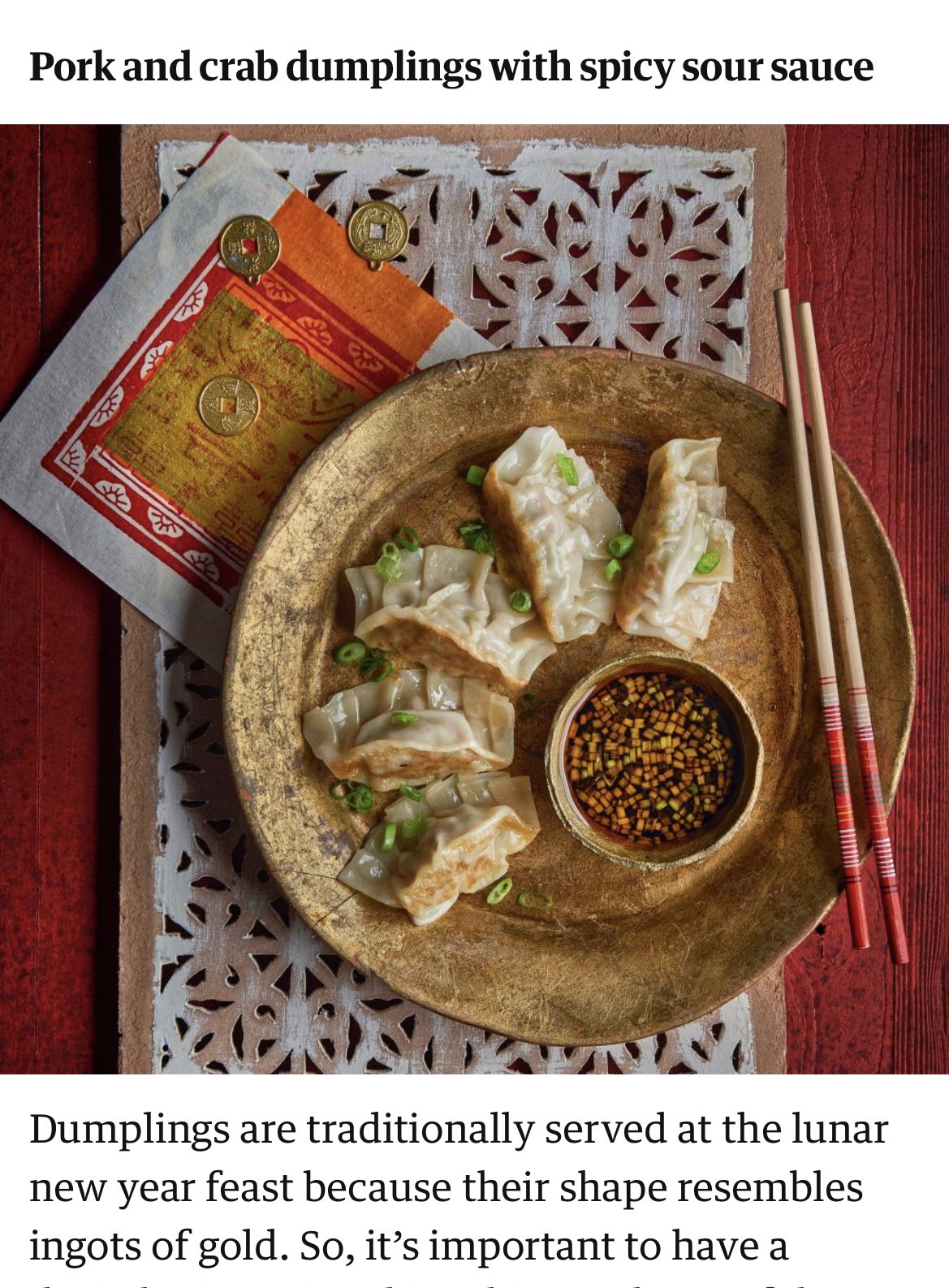 After the issue blew up on social media, they removed the photos and replaced them with ones that feature angbao & red pouches.

On 16 Jan, The Guardian published an article featuring Chinese New Year recipes, such as pork and crab dumplings with spicy, sour sauce. 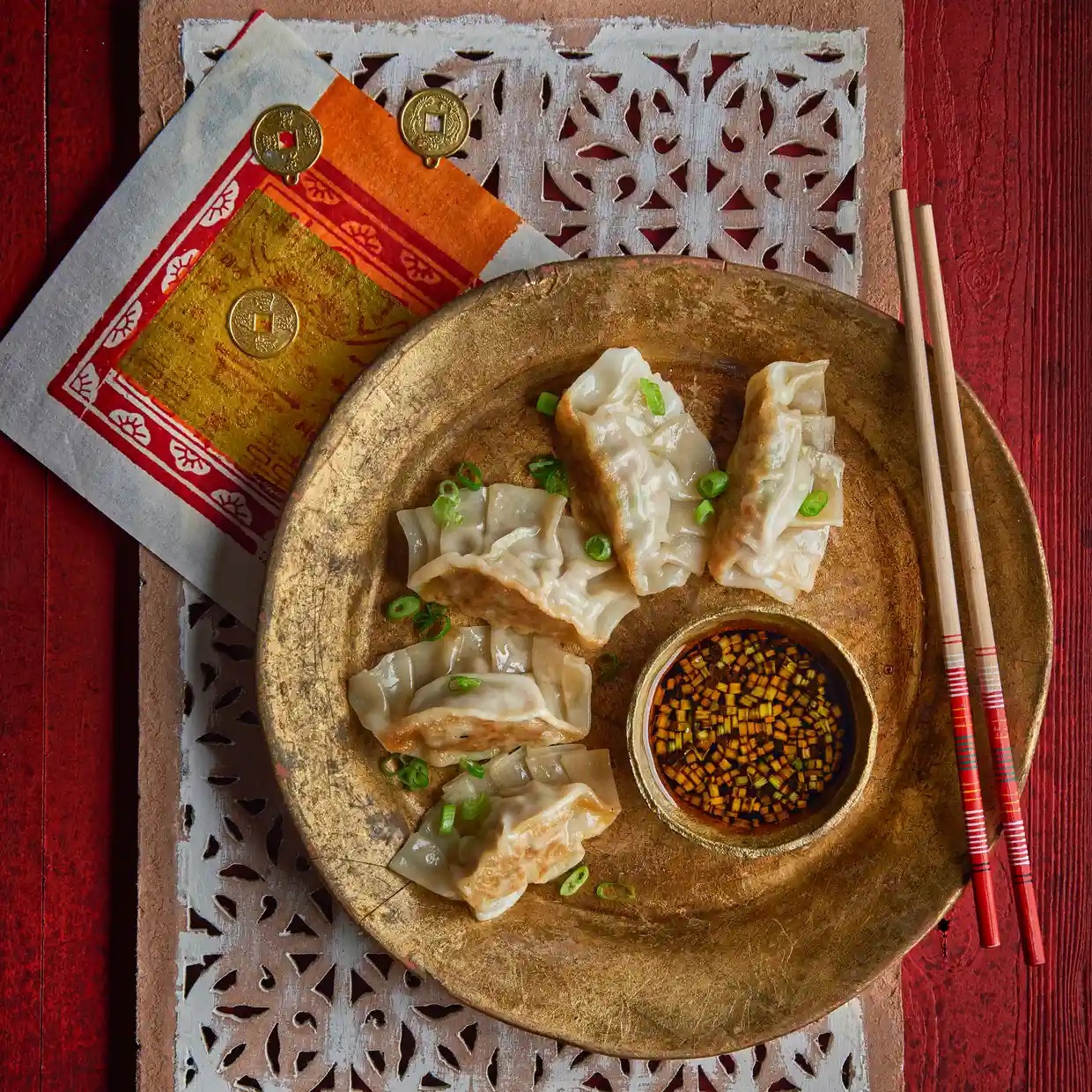 However, one thing that stood out more than the recipe was the picture of the dish, as it was accompanied by joss papers and ancient Chinese coins.

According to Chinese tradition, joss papers are used as hell notes. They are usually burned for the dead. 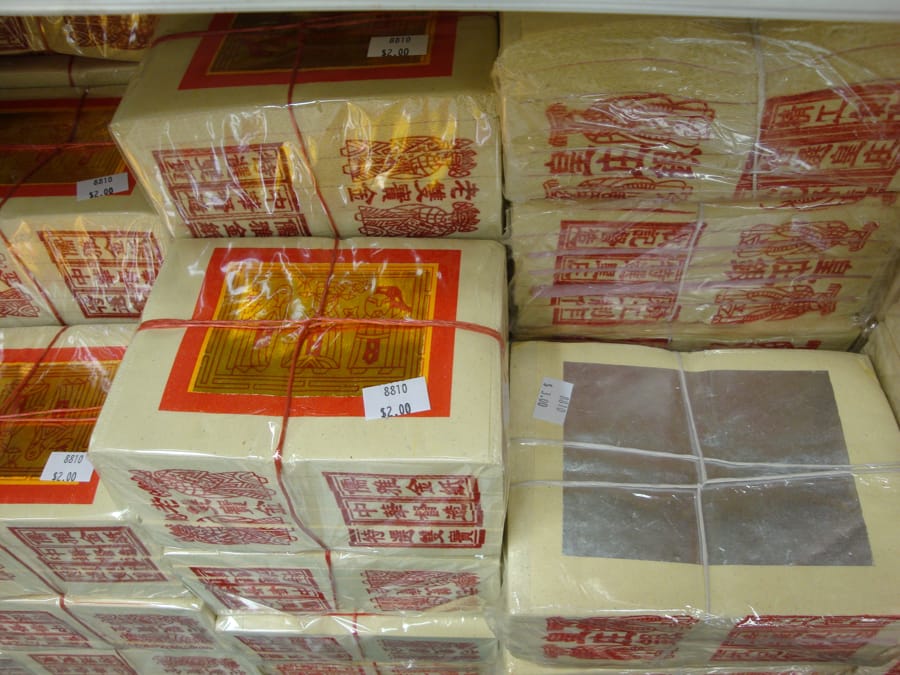 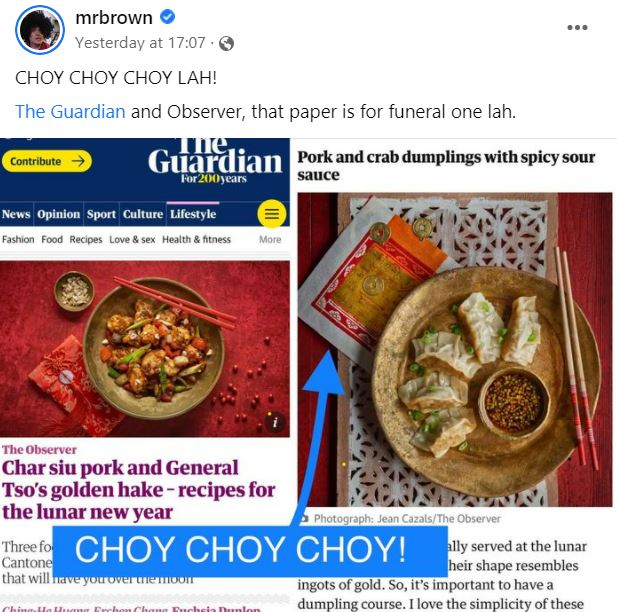 A London correspondent at art market website Artnet News, Vivienne Chow, said she was “TOO stunned” after seeing the photos. 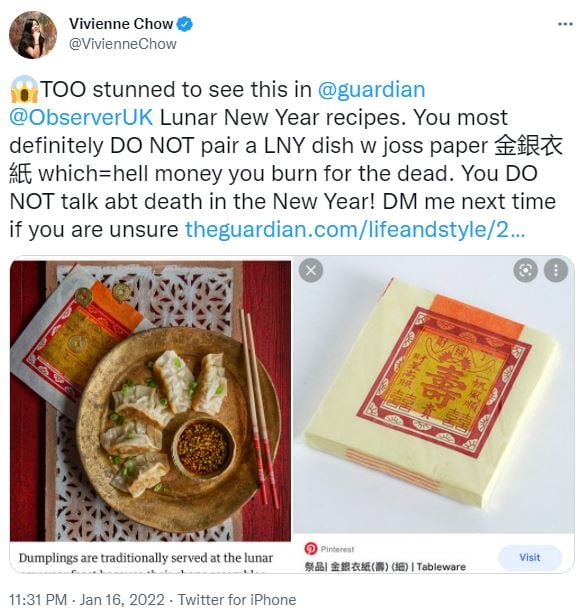 She also noted the use of ancient Chinese coins and explained that those coins could be associated with the making of swords used to kill vampires and zombies. 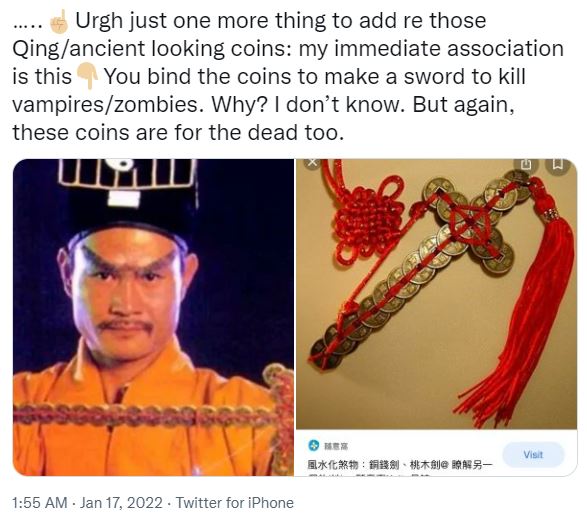 However, it seems that the hoo-ha surrounding The Guardian’s erroneous reference has unearthed another incident. BBC Food, too, made the same misjudgement.

Another Twitter user replied to Ms Chow’s tweet, sharing a link of BBC Food’s Lo Mien recipe, served with a side of white funeral envelopes. 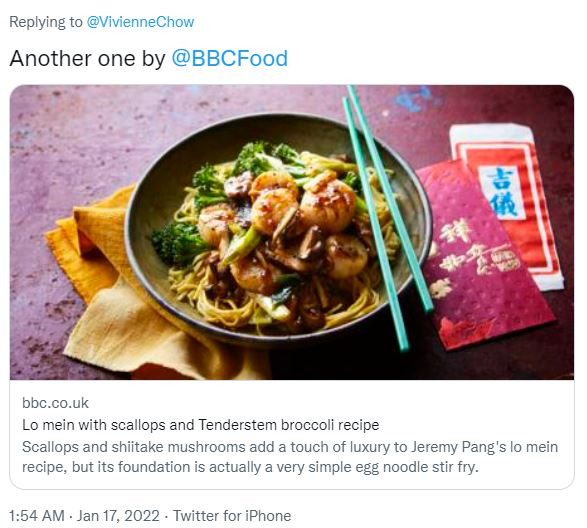 Such envelopes are given at funerals, where candy and coins are placed inside.

Upon receiving them, guests are to eat the candy immediately and use the coins to seal their luck.

The following day, BBC Food apologised for the error in the same Twitter thread.

Meanwhile, The Guardian has removed the joss papers beside the pork dumplings. The latest picture now solely features the delicacy served on a plate with no flat lay props. 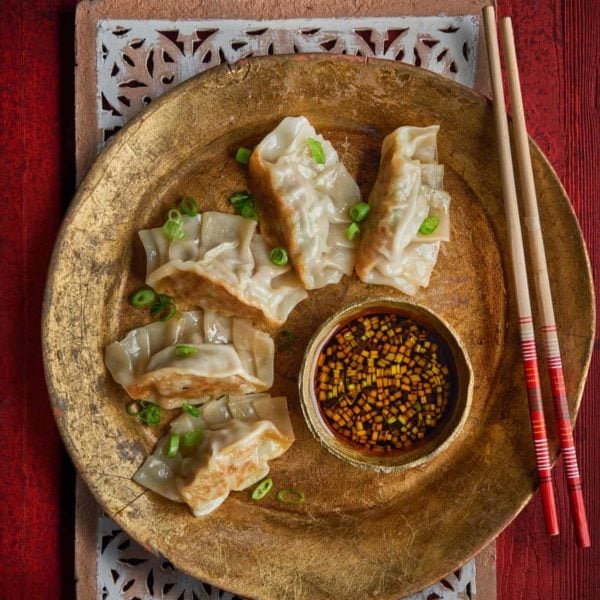 They made sure to feature red pouches this time, as seen in the picture below. 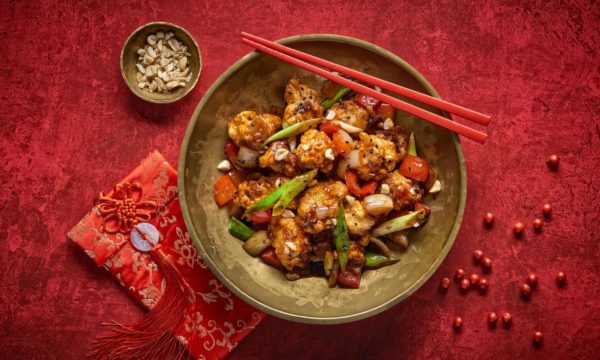 It’s regrettable that 2 English media giants were caught in this snafu.

We believe that mindfulness and sensitivity play a considerable part in this situation, and it could have been easily avoided if ample research had been done beforehand.

It also wouldn’t hurt to have an extra pair of eyes to vet the content, preferably someone of Asian descent.

Featured image adapted from Vivienne Chow on Twitter and The Guardian.