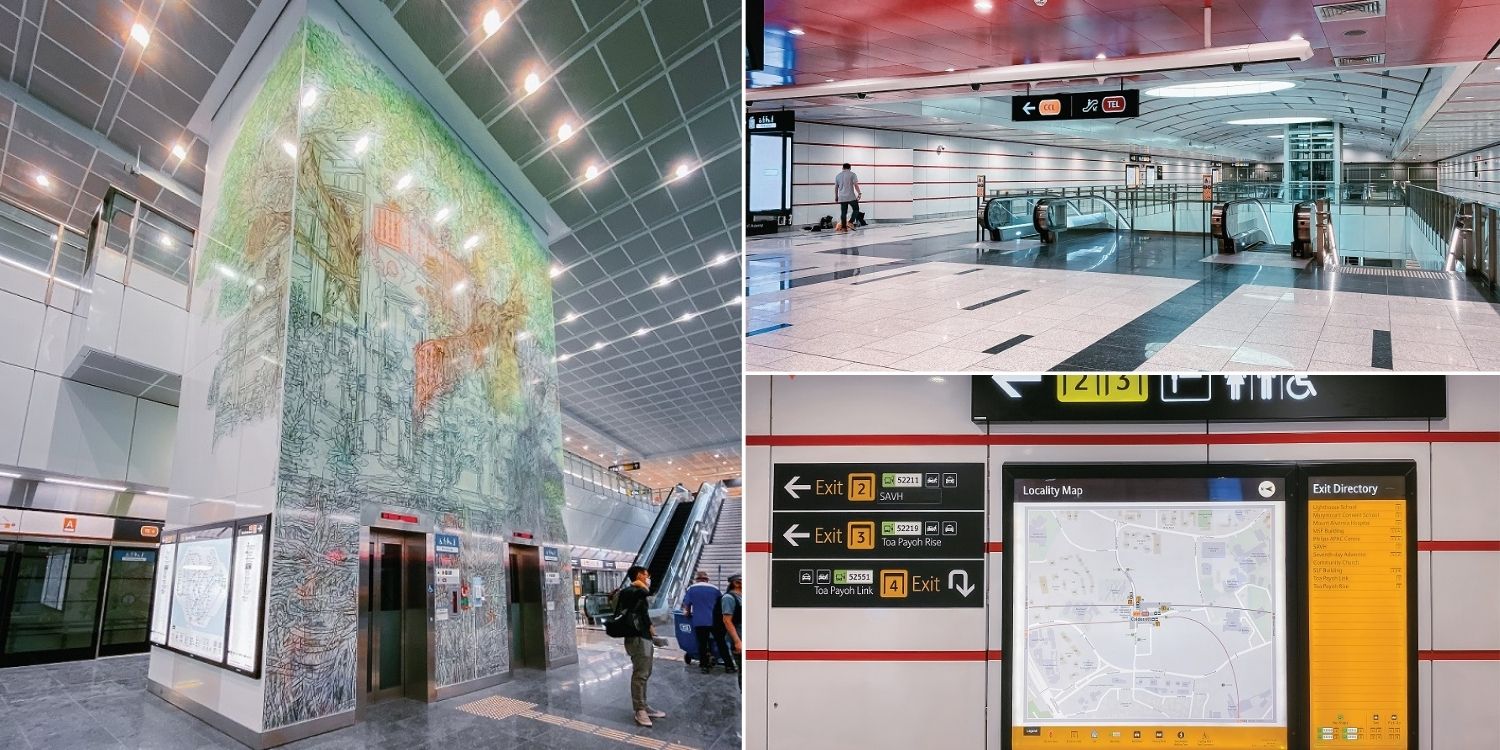 For many of us, it has probably been a while since we stepped foot into Changi Airport as Covid-19 wreaked havoc on our travel plans. But the 6 new Thomson-East Coast Line (TEL) stations opening on 28 Aug will give us a taste of walking around our airport with new and clearer signages reminiscent of the ones at our airport terminals.

Not only that, each of the new TEL stations will feature some amazing artwork by our own local artists. 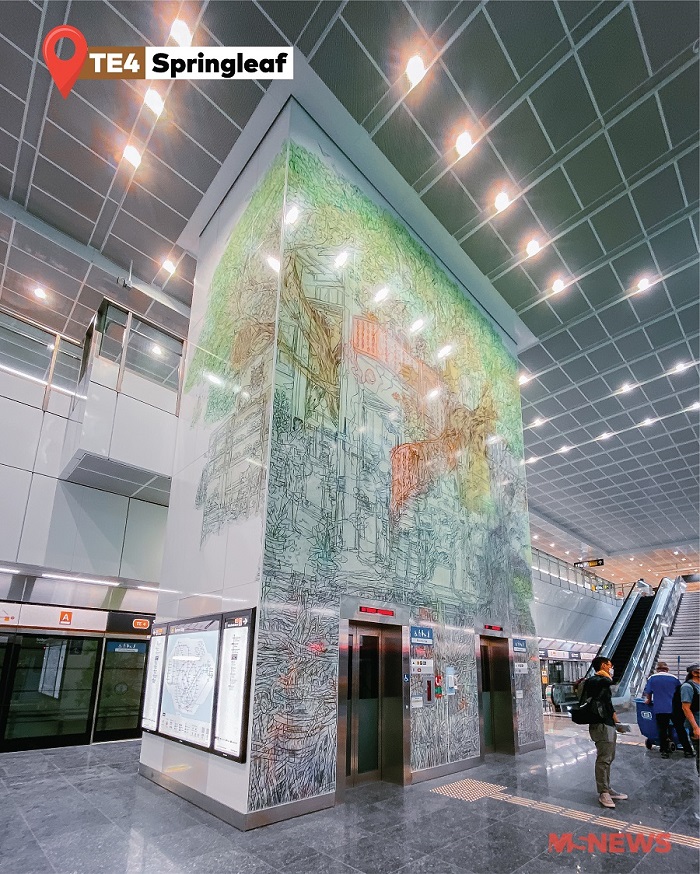 Here’s a sneak peek at the new stations.

After multiple delays since Covid-19 hit, stage 2 of the TEL will be opening on 28 Aug.

Walking into the new stations, the first thing one would notice is the new signages designed to better inform and direct commuters to the right entrances and exits. 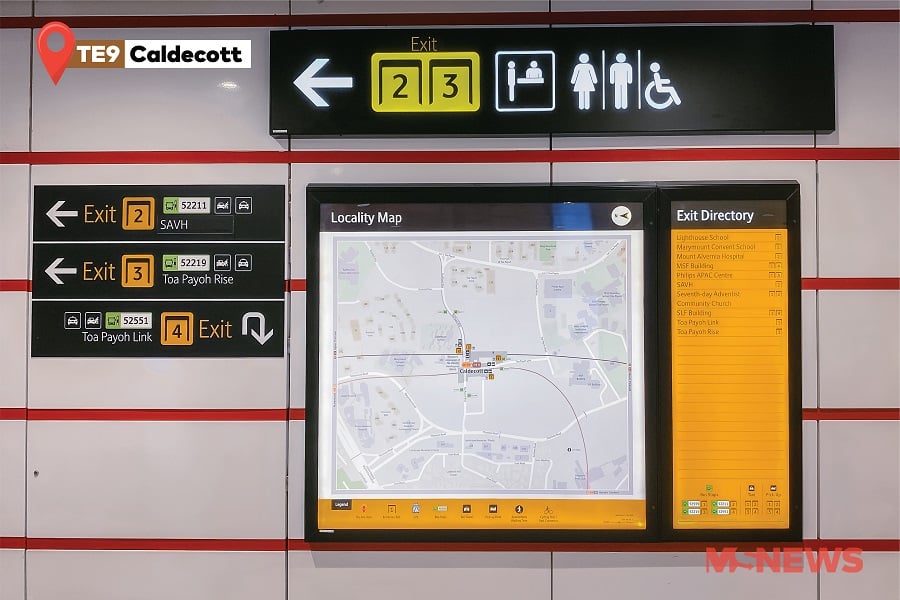 This will help especially at more complex interchanges such as Caldecott station and Bright Hill station in the future.

The new signage system has been adopted since TEL stage 1 to enhance commuters’ wayfinding experience.

Stage 2 of the TEL will also offer commuters a truly visual experience.

As part of the Land Transport Authority’s (LTA) Art in Transit programme, each station integrates art pieces by local artists, inspired by the cultural and historical origins of the area.

At Caldecott station along Thomson Road and Toa Payoh Rise, artist Claire Lim drew inspiration from the nearby Singapore Association of the Visually Handicapped (SAVH). 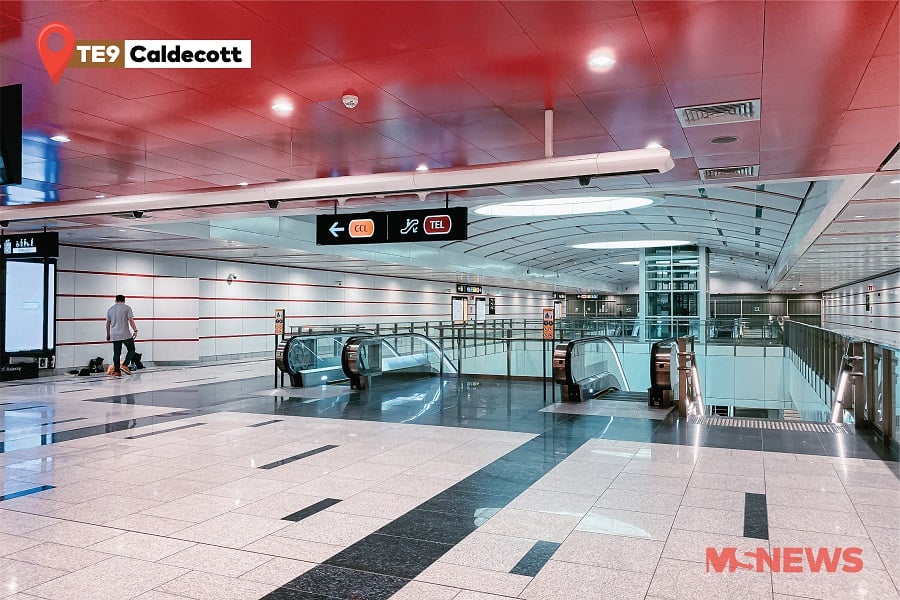 She created her art piece using the Braille concept, forming hundreds of smiley faces as a greeting to commuters. 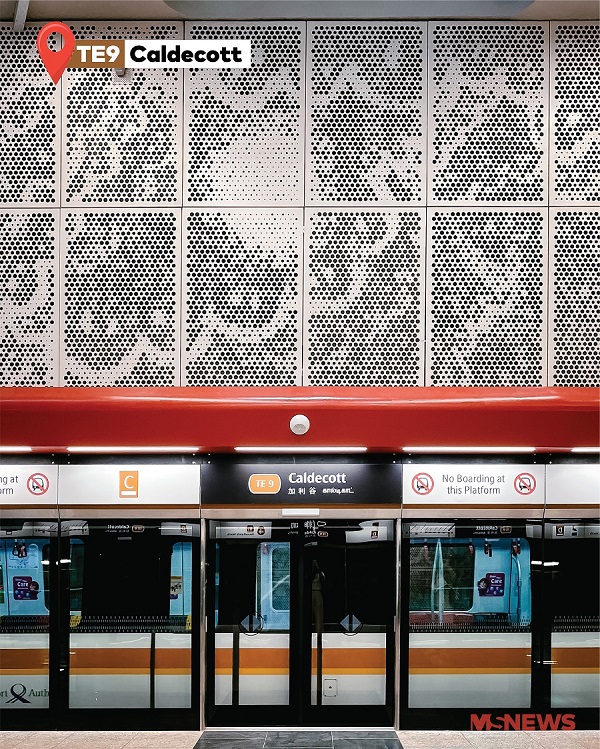 Combined with the open architecture comprising a skylight that allows natural light in, it’s a sure way to brighten commuters’ days.

The next station, Upper Thomson, is near Thomson Plaza area, just a stone’s throw away from Macritchie Reservoir. 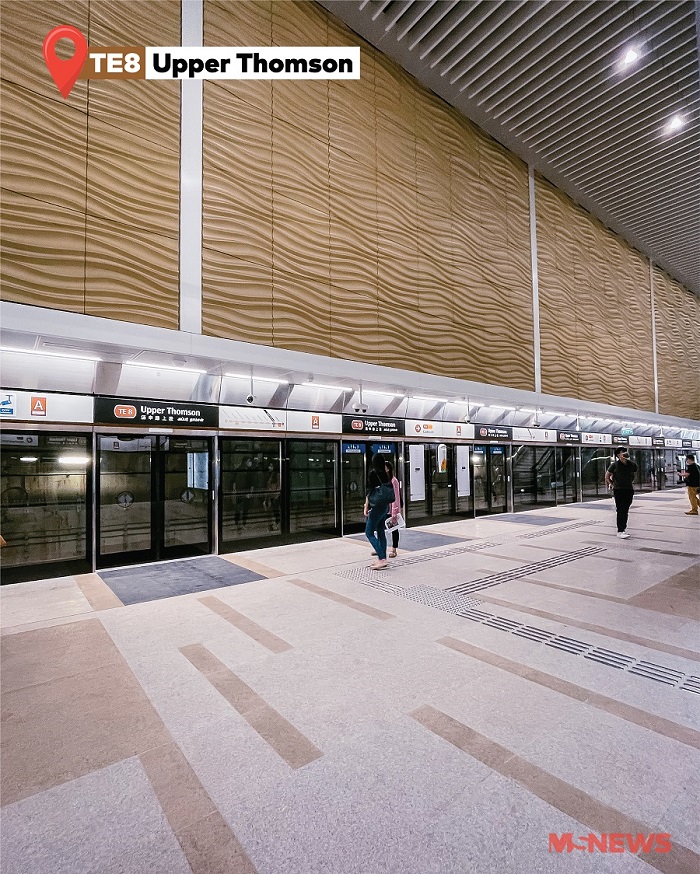 With that in mind, artist Troy Chin created his work — Lost In Our (Concrete) Jungle. 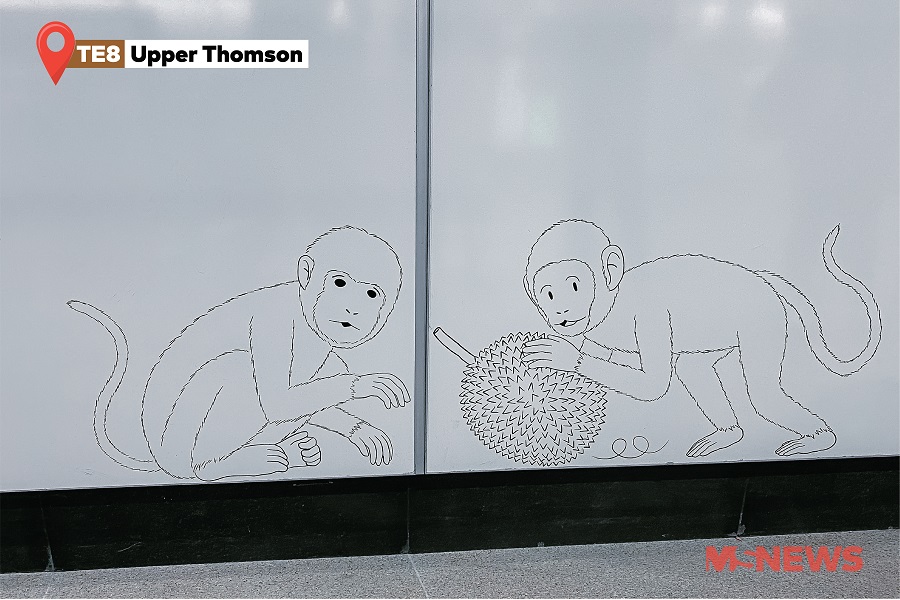 And just like the macaques in the area, the art is whimsical and playful, sneakily hiding as commuters make their way around the station.

Surrounded by nature such as Bishan-Ang Mo Kio Park, this station mirrors the water elements nearby. 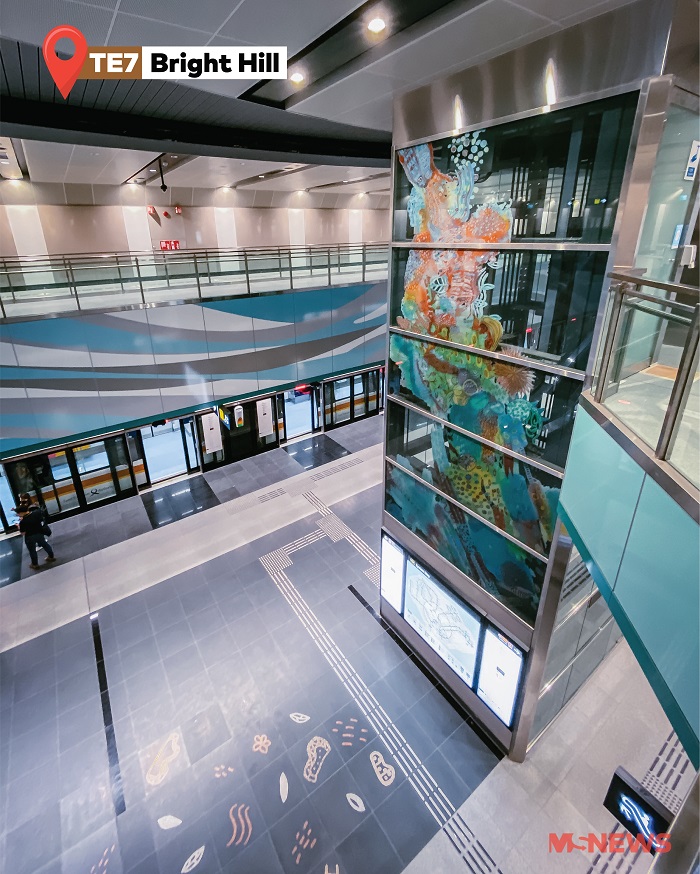 The artwork, done by anGie, who grew up in the area, has a childlike playfulness and quirkiness to it, injecting fun and vibrancy to the station.

Meanwhile, at Mayflower, the neighbourhood takes on an avian theme after its famed songbird-watching culture. 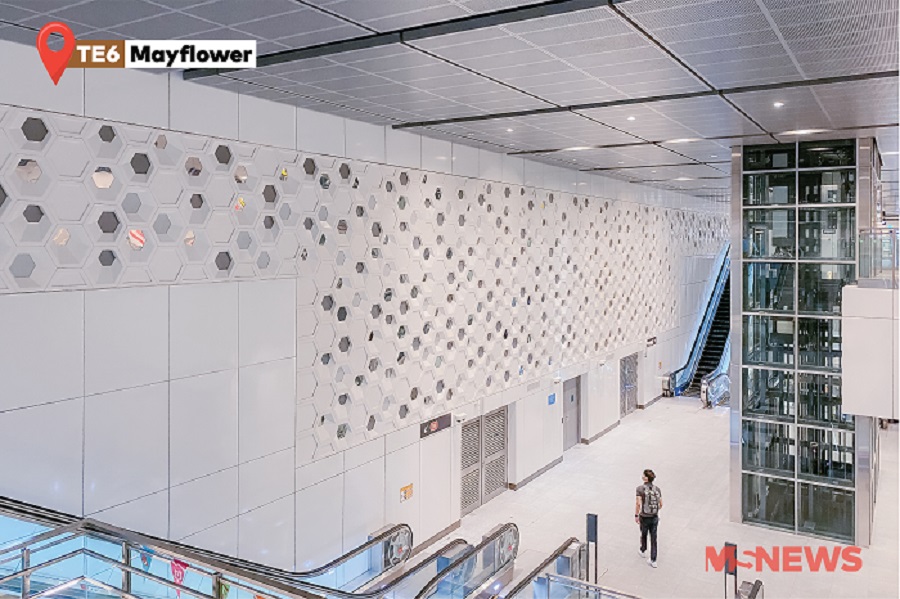 To showcase this, artist Song-Ming Ang created 22 bird sculptures of 7 different species such as the zebra dove and oriental white-eye artfully placed around the station. 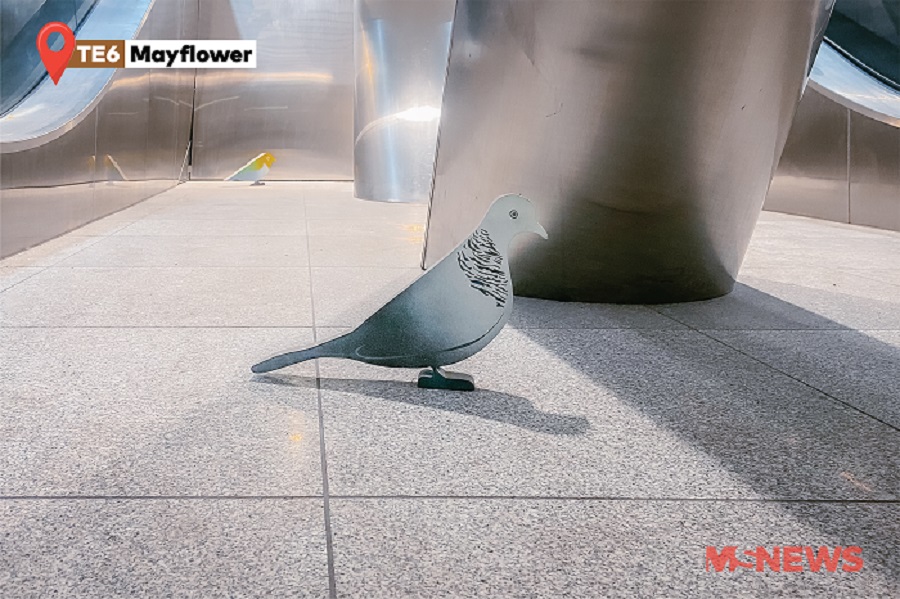 Remember to look out for them when you’re there!

A short distance away lies Lentor station, adjacent to the Lentor and Teachers’ Estate.

As commuters walk along the station’s platform, they’ll notice a certain rhythm and flow to the artwork that spans across it. 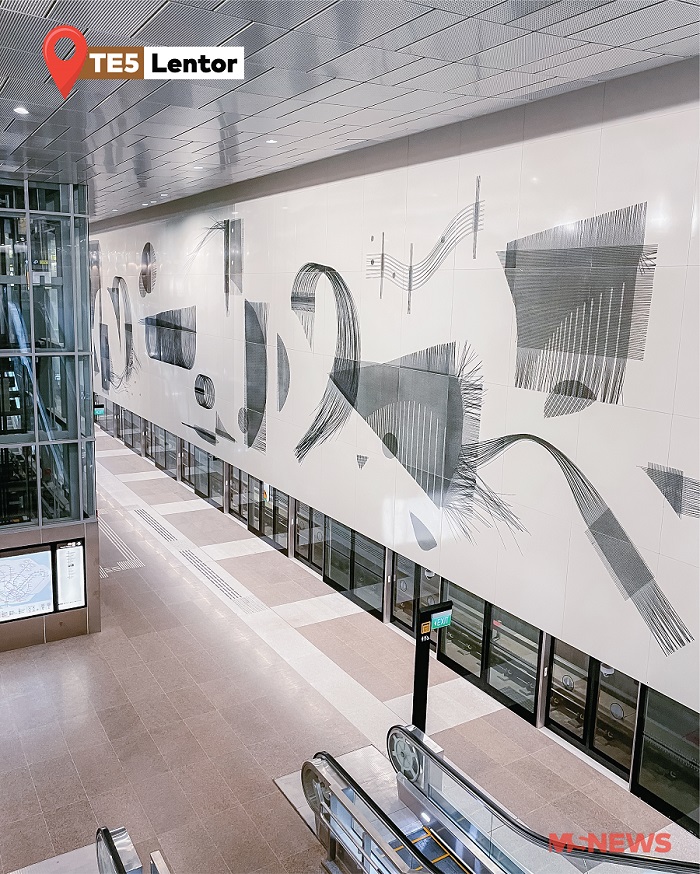 If one looks closely, they’ll even spot some musical and calligraphic scripts, emblematic of the area’s literary connection.

Along Thomson Road, the new Springleaf station stands amidst some humble shophouses and lush greenery. 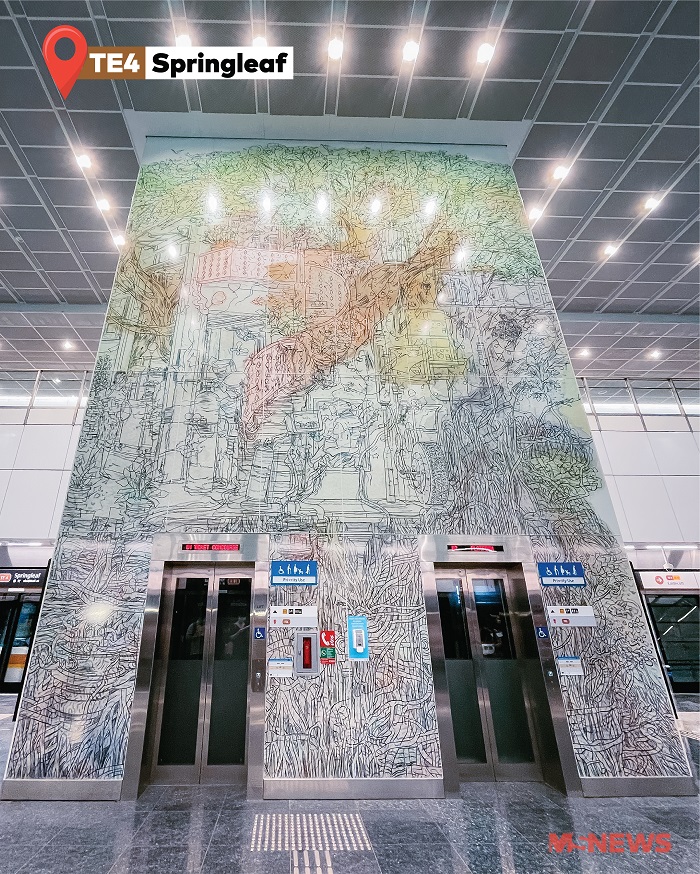 Artist Koh Hong Tend made a particular Banyan tree at the nearby Springleaf Nature Park the centerpiece of his artwork, which commuters will not be able to miss as they step onto the platform.

When fully operational, the TEL will be 43km long with 32 stations serving over 500,000 commuters daily.

Kudos to LTA and all our local artists for putting so much thought and effort into the functionality and design of these stations.

Thanks to them, the new TEL stations will not only be providing greater convenience and comfort for us but also a wholesome visual experience.