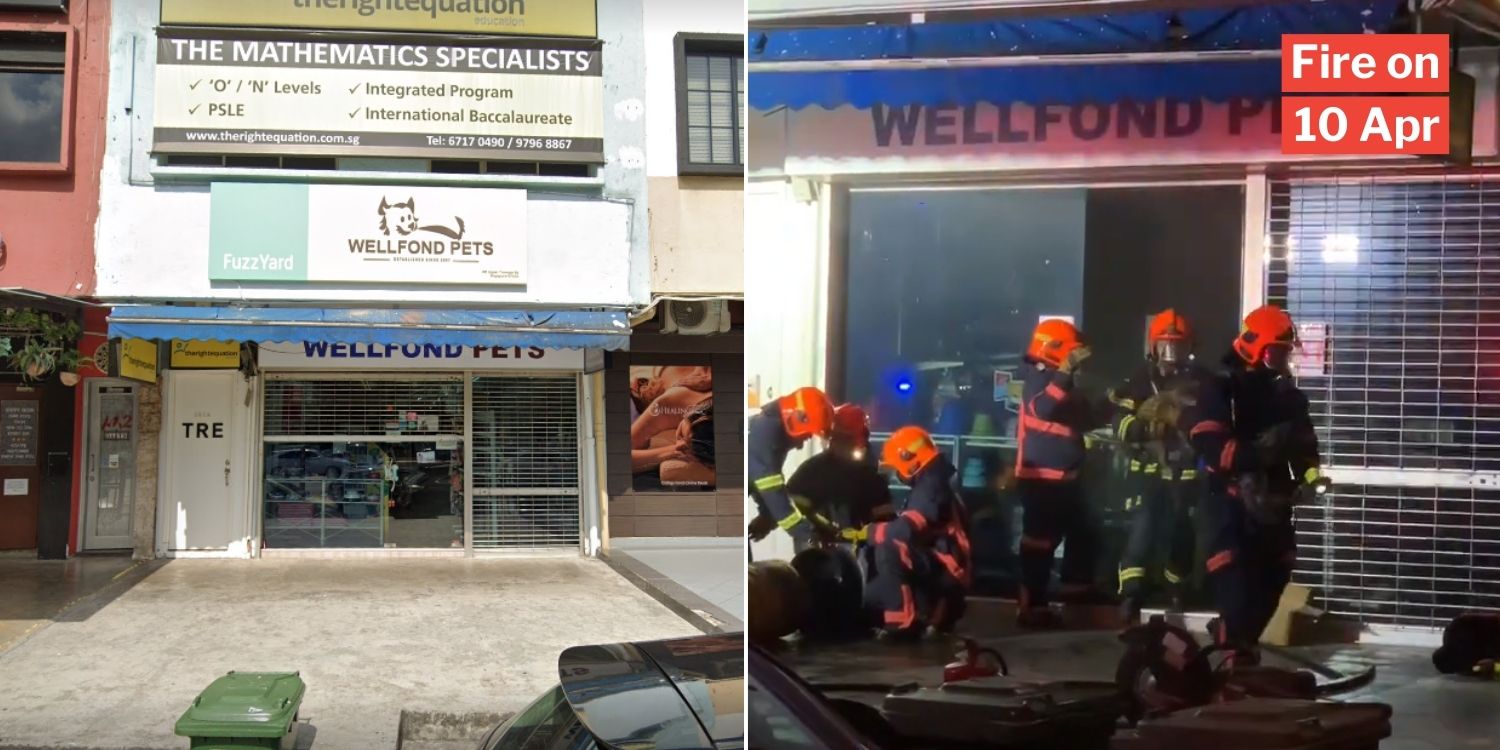 Unlike us humans, animals may not be as capable of saving themselves in dangerous situations like fires. Thankfully for 19 puppies at a pet store along Upper Thomson Road, heroes from the Singapore Civil Defence Force (SCDF) arrived just in time to save the day. 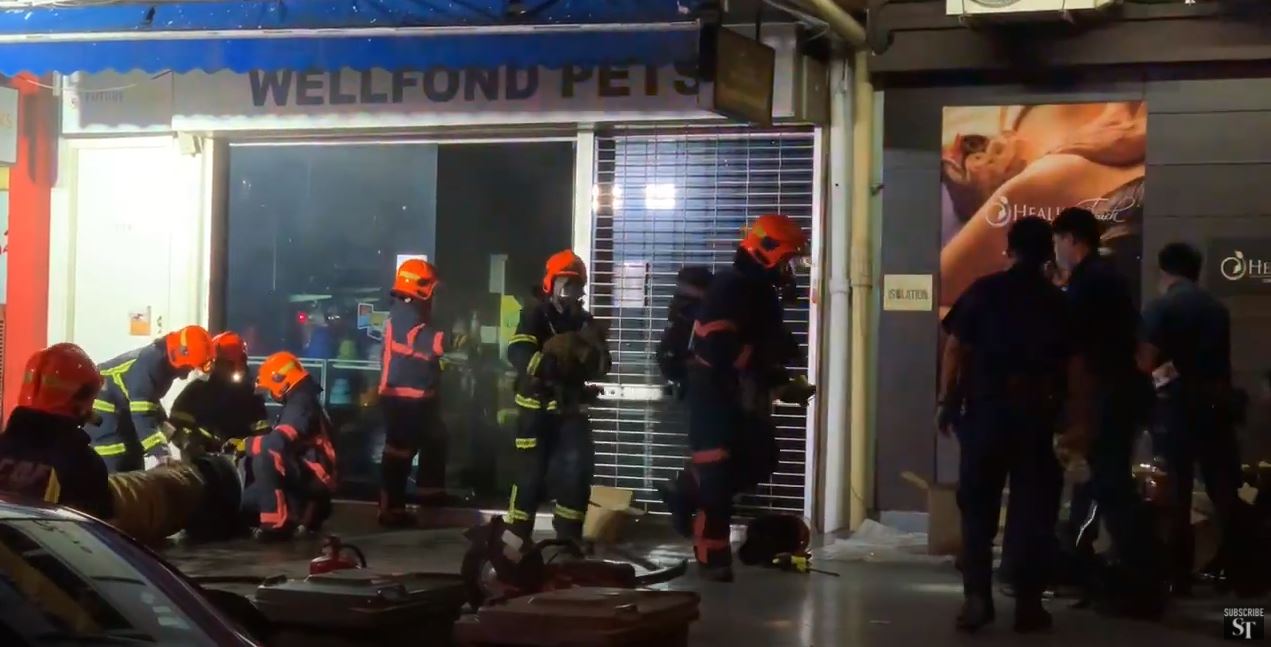 They had responded to an alert regarding a fire there in the wee hours of Saturday (10 Apr 2021) morning.

Fire breaks out at Upp Thomson pet store past midnight

In response to queries from MS News, SCDF confirmed that they were alerted to a fire at 197 Upper Thomson Road at around 1.15am on Saturday (10 Apr).

They had to enter the premises forcefully before extinguishing the fire with a water jet.

Firefighters from Bishan Fire Station managed to rescue 19 puppies and reported no other injuries. 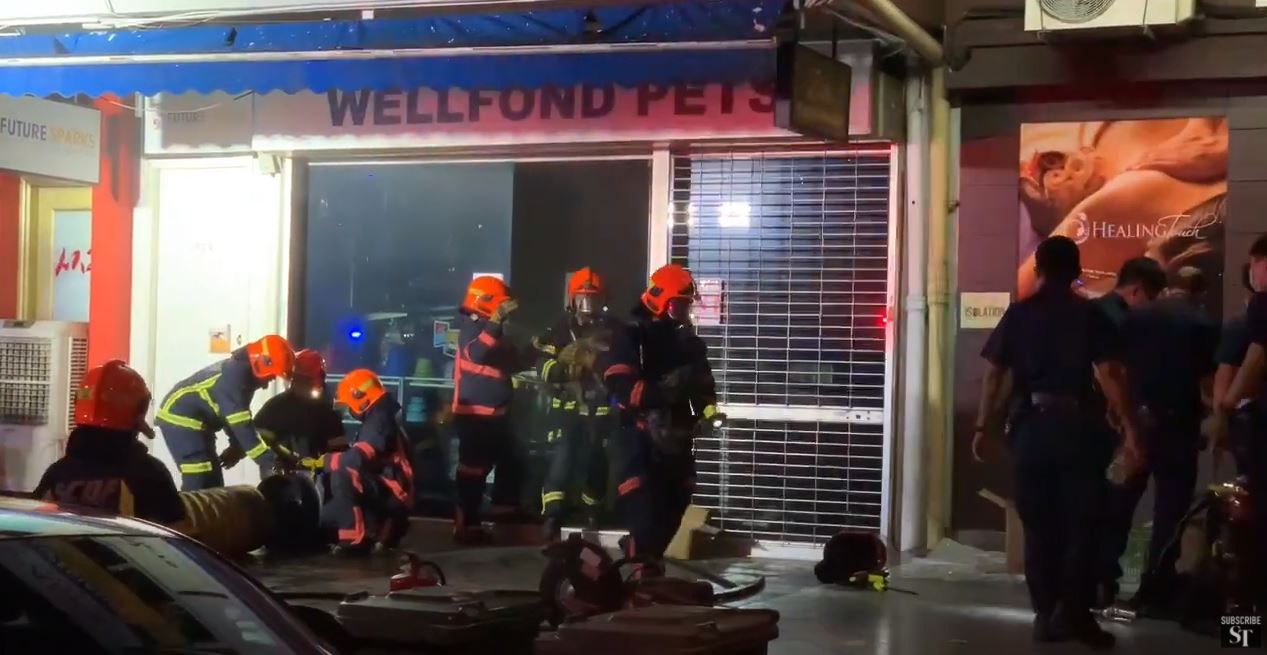 SCDF conducted forcible entry into the premises and extinguished the fire with one water jet. Fire involved a dehumidifier in the pet store.

Firefighters from Bishan Fire Station rescued 19 puppies from the premises. SCDF would like to thank a few passers-by who helped out by taking care of the puppies outside the store while the firefighting operation was ongoing.

There were no other reported injuries. Cause of the fire is under investigation.

The Straits Times (ST) quoted eyewitnesses’ accounts of passers-by helping to calm the terrified animals down.

Some even appealed for water for the puppies, who reportedly had soot over their fur. 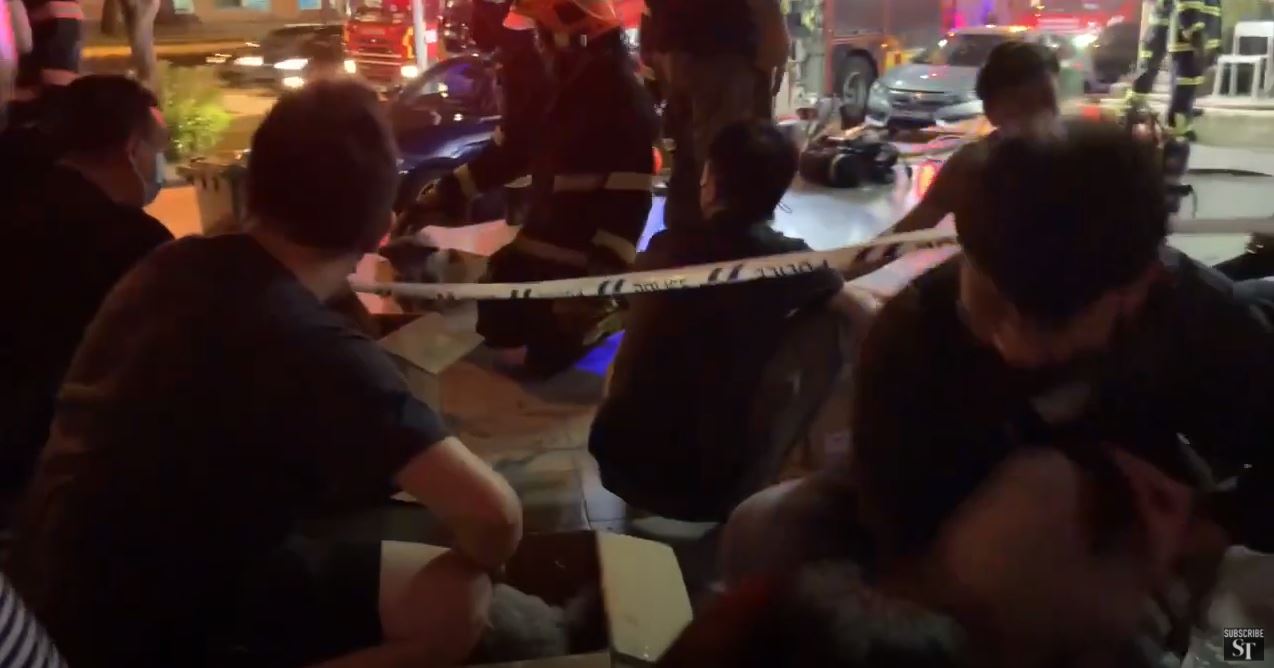 Others kept a lookout and stopped some of the puppies from running away in fear.

The pet store in question, Wellfond Pets, updated on social media that their Thomson outlet will be closed till further notice. 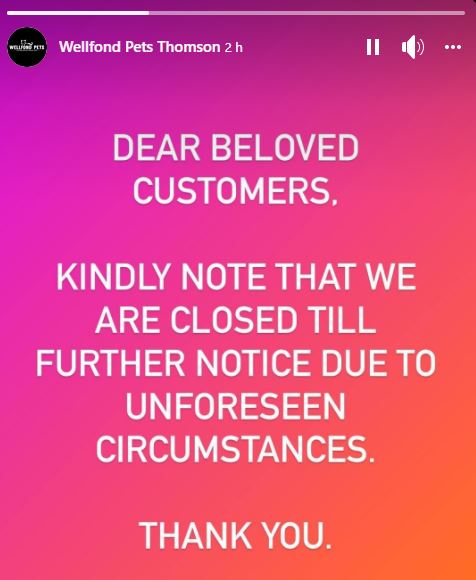 MS News has reached out to Wellfond Pets for comments.

Glad puppies made it out alive

Though the incident occurred late at night, we’re glad that help arrived quickly for the puppies and that they made it out alive.

Kudos to the SCDF for their prompt response, as well as the kind passers-by who helped to look after the poor doggos.

We hope they’ll recover from the incident in due time, and that the pet shop will be able to resume operations safely soon.

Featured image adapted from Google Maps and The Straits Times on YouTube.