Must Share News – Independent News For Singaporeans
Home Current Affairs Environment S’pore Ticketed Events Of At Least 250 Attendees To Be Cancelled, As... 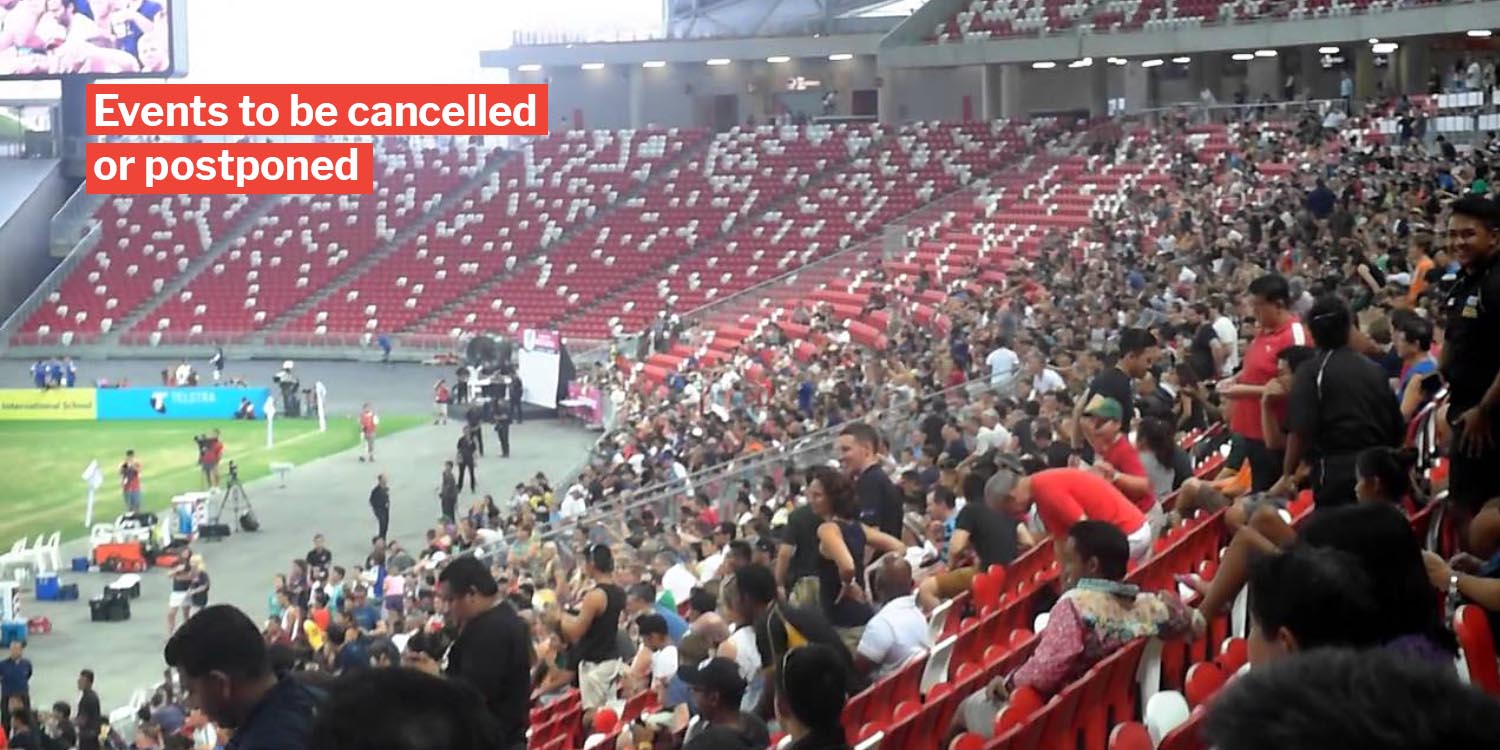 All ticketed events with 250 participants or more are to be cancelled or postponed, according to a Ministry of Health (MOH) press released on Friday (13 Mar).

This includes all mass gatherings like cultural, entertainment and sporting events.

This is in line with the social distancing measures that are being undertaken by the Singapore Government to prevent the further spread of Covid-19 after it was declared a pandemic by the World Health Organisation.

If the events are already committed, organisers must prove precautionary measures

If the event has already been “committed”, for example tickets have already been sold, the organisers of such events must adhere to precautionary measures set by MOH if they want to go ahead.

According to Channel NewsAsia (CNA), the measures include:

Participants could be seated at least one metre apart from one another, and be advised to reduce contact with others

250 participants a benchmark for organisers

National Development Minister Lawrence Wong elaborated at a press conference on Friday (13 Mar) that the benchmark of 250 was a “guide to let event organisers know roughly where to benchmark their events, the size of their events”.

Mr Wong later added that other factors would have to be considered as well, like the “duration of the event” as well as its “nature”.

Adhering to regulations and taking precautions is key

The increasing severity of precautions does pose an inconvenience to many.

While frustrating, they are for the greater good.

Following these regulations keeps our society safe, and we should adhere to them as closely as possible.