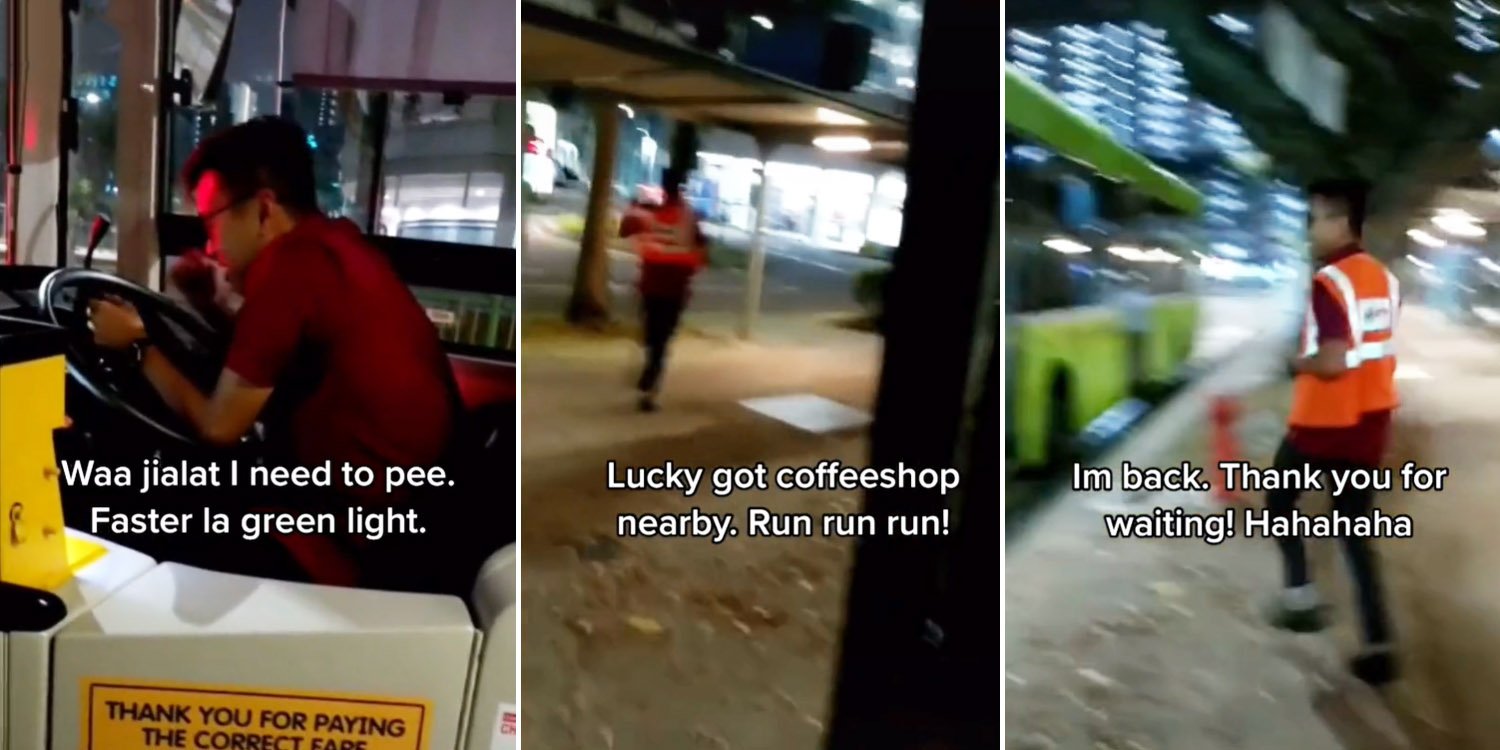 He also waves his arms in the air to relax after a long day.

Rain or shine, pandemic or not, bus captains will drive in any circumstance to serve the public.

While we mostly know bus captains behind the wheel, one of them is a regular on TikTok, delivering educational content to the masses.

Syaqif, 28, whose TikTok exploits have garnered him over 17,500 followers, shares the struggle of being a bus captain, including navigating customer service, bad traffic jams, and urgent nature calls. 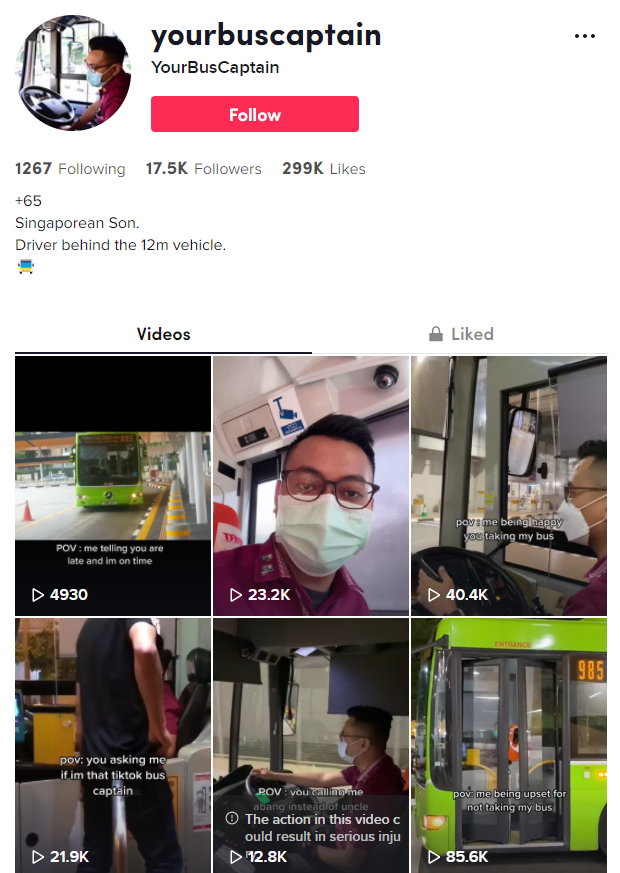 At one point, following complaints, Syaqif felt he had to stop posting TikToks. But his fans rallied and even wrote to the MP. Eventually, the company relented and allowed Syaqif to continue his videos.

MS News speaks to the bus captain, who gets recognised as “that TikTok bus driver” while on the job.

Seeing bus captains in their 20s isn’t a phenomenon that many of us will be familiar with. But cases like Syaqif’s exists—he’s been at it for 4 years now, having driven a total of 25 bus services.

He explained that the idea came almost on a whim. After quitting his nursing job due to a lack of interest, Syaqif was looking for his next job when he chanced upon an SMRT Buses ad.

The requirements weren’t difficult, he said. For aspiring bus captains, you’ll need to have a Class 3 license.

Many bus captains start off as bus enthusiasts, but Syaqif merely wanted to give driving a big vehicle a go.

Besides driving, bus captains also handle a range of other duties, such as mentoring.

Syaqif is also the service representative of bus 985, which means while he doesn’t drive the service, he’s in charge of matters relating to the route. Captains also regularly go for service courses.

Documents life of a bus captain on TikTok

Syaqif was introduced to TikTok by his brother about 2 years ago.

After getting into the platform, he saw the opportunity to create something related to his job scope as not everyone fully understands what they do.

Passengers only know that we bring them from point A to their alighting point.

But Syaqif would educate the populace about various aspects of the job, including driving different bus models, which enthusiasts particularly look forward to.

While you’d expect a content creator to be thinking about ideas even outside of work, Syaqif says he doesn’t plan too much around content.

Whatever he’s doing, it seems to work—post enough videos, and one of them might blow up.

Complaints led to the taking down of videos temporarily

Fame has come at a certain cost. While Syaqif is recognised in his work, a handful of people he calls “haters” have attempted to bring his content down via complaints.

Although the complaints had no basis, they eventually got to a point where Syaqif decided to take down his account as they were causing issues at work.

But fans started writing to not only his TikTok DMs but also to his company and even an MP.

So his supervisor relented and allowed him to continue documenting his work journey, albeit with a few conditions that Syaqif was happy to accept.

After all, he hadn’t broken any rules.

While this wasn’t captured on TikTok, Syaqif used to work as a nurse. And his experience proved helpful in his line of work, such as when he performed first-aid on an injured passenger.

He heard a loud sound when driving at first, and when he looked at the rearview mirror, the passenger was on the floor, motionless.

I stopped the bus and went behind—there was blood everywhere.

Syaqif immediately called the ambulance and broke the glass containing the emergency first-aid kit, which every bus has, before rendering first-aid.

While apologising for the chaotic situation, Syaqif remained calm and directed the situation professionally, earning him praise on social media. 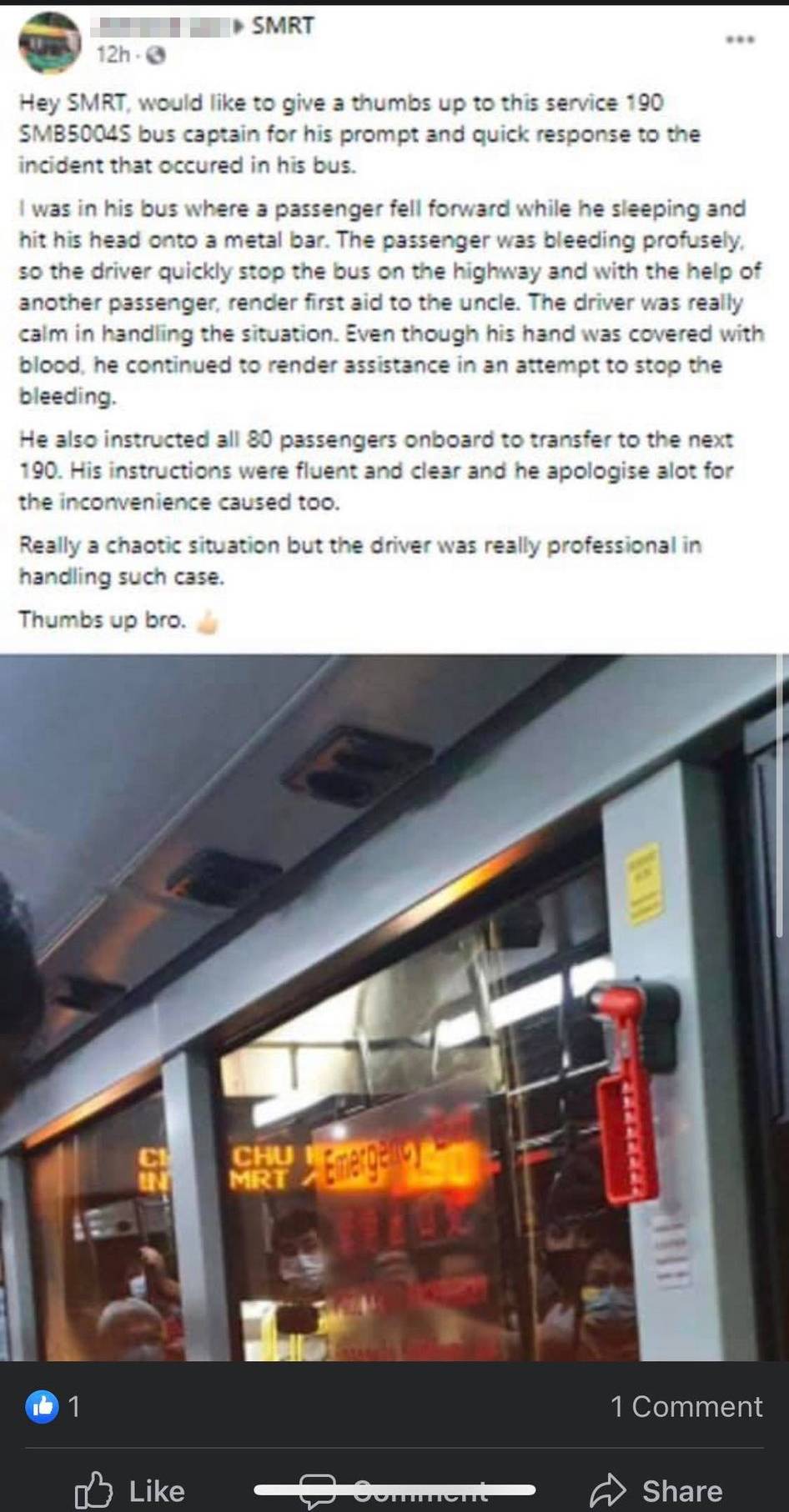 Sometimes people will board his bus and ask, “Is that the TikTok driver?” while others, especially the older generation, may call him Uncle.

A TikTok-famous bus captain who has a loyal fanbase

Some fame isn’t going to get to Syaqif’s head, however. His focus is still on his job as he reaches his 5th anniversary as a bus captain.

Besides his viral fame on TikTok, his cheerful demeanour shone through during MS News’ conversation with him.

Although being a bus captain on TikTok does come with its issues – getting blamed for not arriving on time is a frequent one – he always remembers to have fun between shifts.

Who’d have thought that documenting his work life for fun would get a following?

His loyal fanbase has helped to keep his TikTok career intact as well. If you do see him at work, rest assured that he’ll bring you to your destination safely—he can’t do TikToks while driving!