Must Share News – Independent News For Singaporeans
Home Inspiration 13 People Stop Tiong Bahru Lamppost From Falling By Holding It Up,... Last December was a particularly rainy and windy period for Singapore, as the country saw aircon weather rather than the usual hot-and-humid sweatfest.

Though most Singaporeans enjoyed the cooling weather, it also presented a fair share of problems — potholes aside.

On 12 Dec 2020, a 15-metre lamppost at a Tiong Bahru carpark was reportedly on the verge of falling. 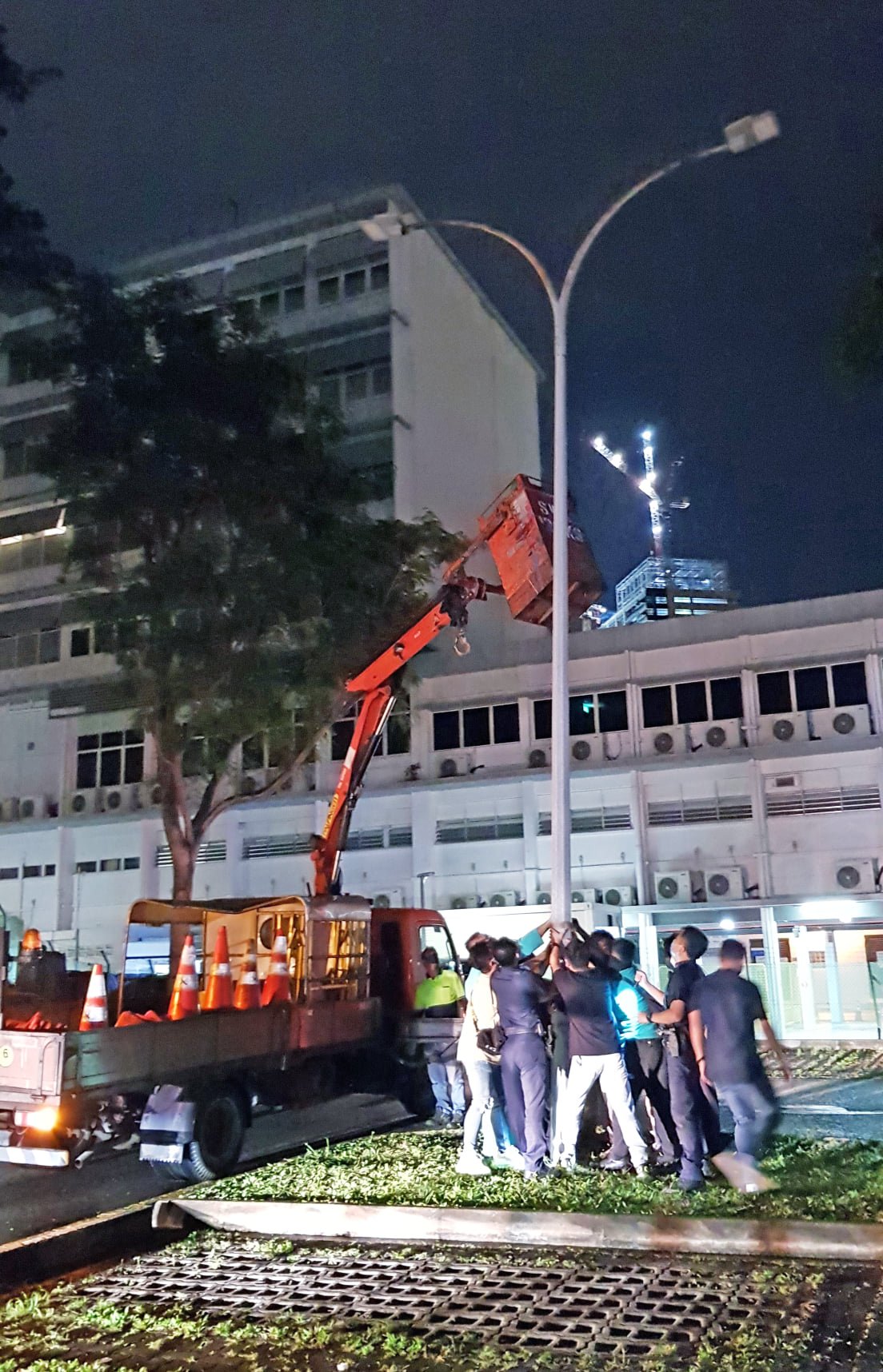 Thankfully, 13 brave individuals helped to support the structure for 90 minutes and prevented it from collapsing.

According to Shin Min Daily News, the incident happened on 12 Dec 2020 at around 8.45pm at an open-air carpark near D’ Hotel Singapore.

At the time, a 38-year-old man, his wife, and 2 other ladies were taking a photo under the lamppost after having dinner at D’Hotel.

All of a sudden, the man heard a click sound coming from the lamppost and reportedly saw it tilting.

The man could not believe his eyes and asked the 3 ladies with him at the time to verify his observations.

To their horror, the 38-year-old’s eyes were not pulling tricks and the 4 of them quickly held on to the lamppost.

10 minutes later, a family of 5 who was walking to their car saw what was unfolding and joined them in preventing the lamppost from falling.

Police officers later arrived at the scene and joined in to help the group at the foot of the lamppost.

Keeping such a large structure standing is no easy feat. To keep each other going, they exchanged words of encouragement and took turns to rest, reported Shin Min Daily News.

Around 10pm, officers from the Land Transport Authority arrived at the scene with a truck-mounted crane.

The lamppost was eventually stabilised and placed down safely.

Gets award for public-spiritedness

On Tuesday (23 Feb), the 13 members of the public received awards for their public-spiritedness. 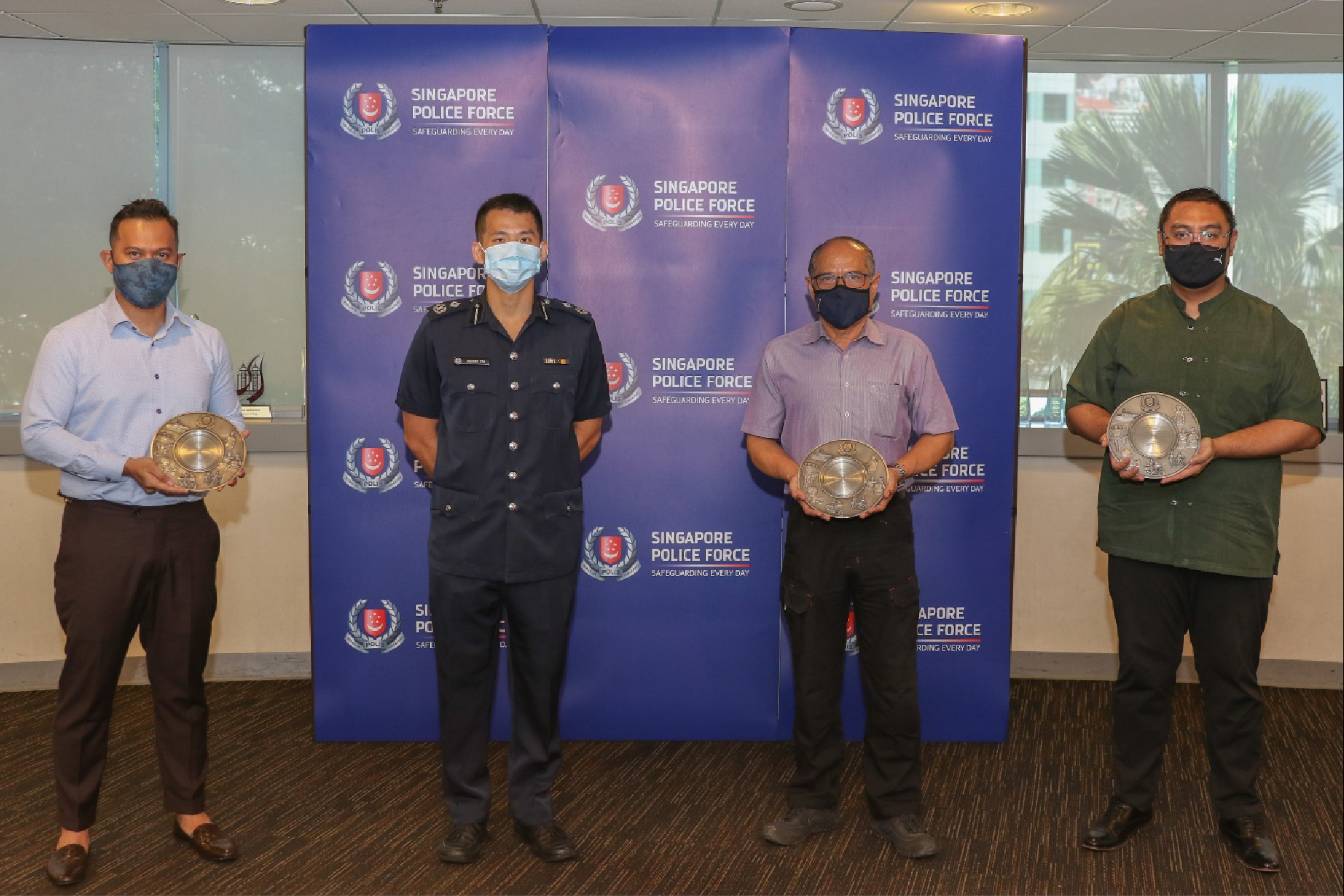 Thanks to their proactive efforts, the lamppost was brought down with no injuries and damages sustained to properties around the area. 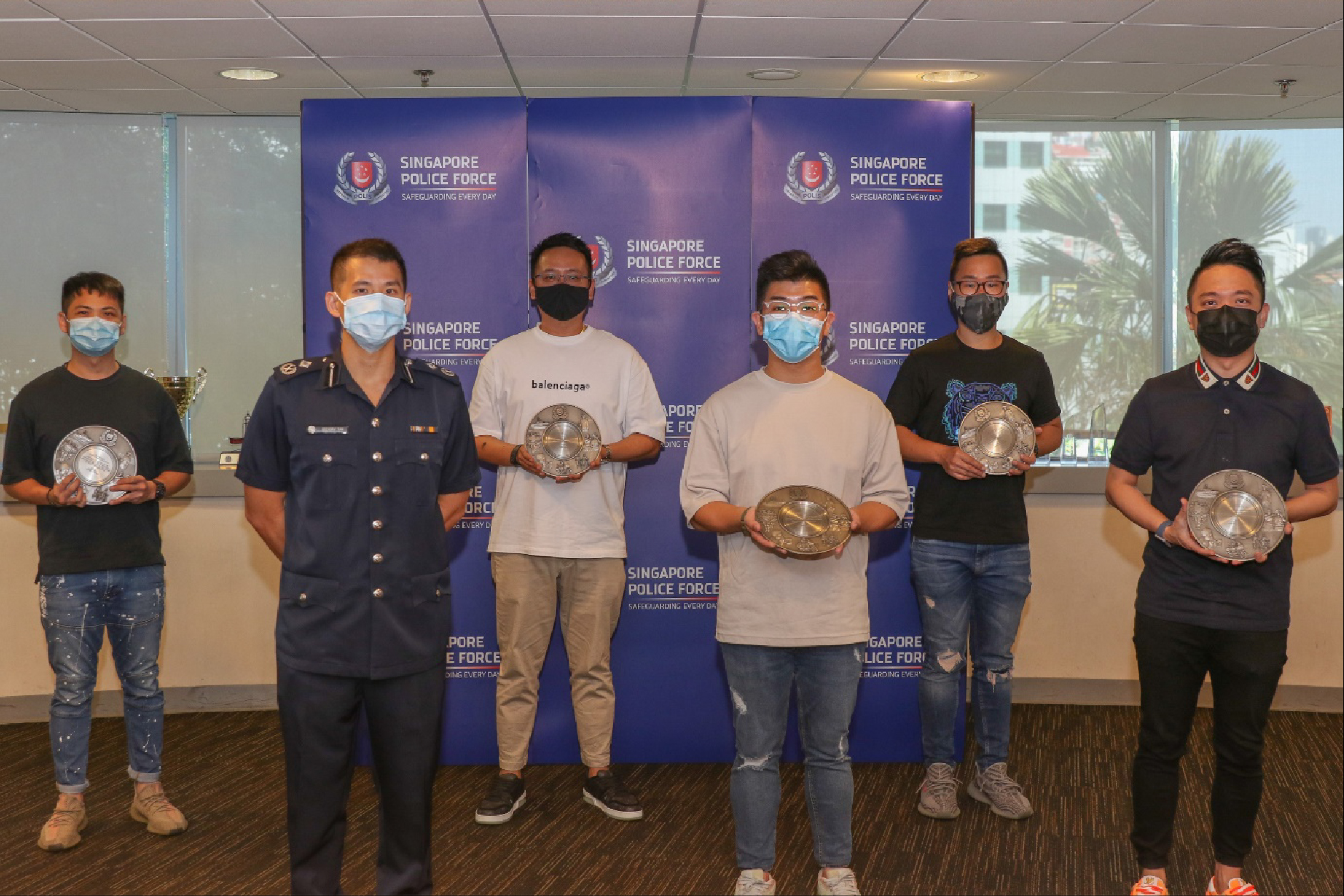 Kudos to those who stepped forward

Kudos to the individuals who stepped forward and helped with the collapsing lamppost.

Given the size and weight of the structure, we can only imagine the extent of the damage and injuries that it could’ve caused if left to fall.