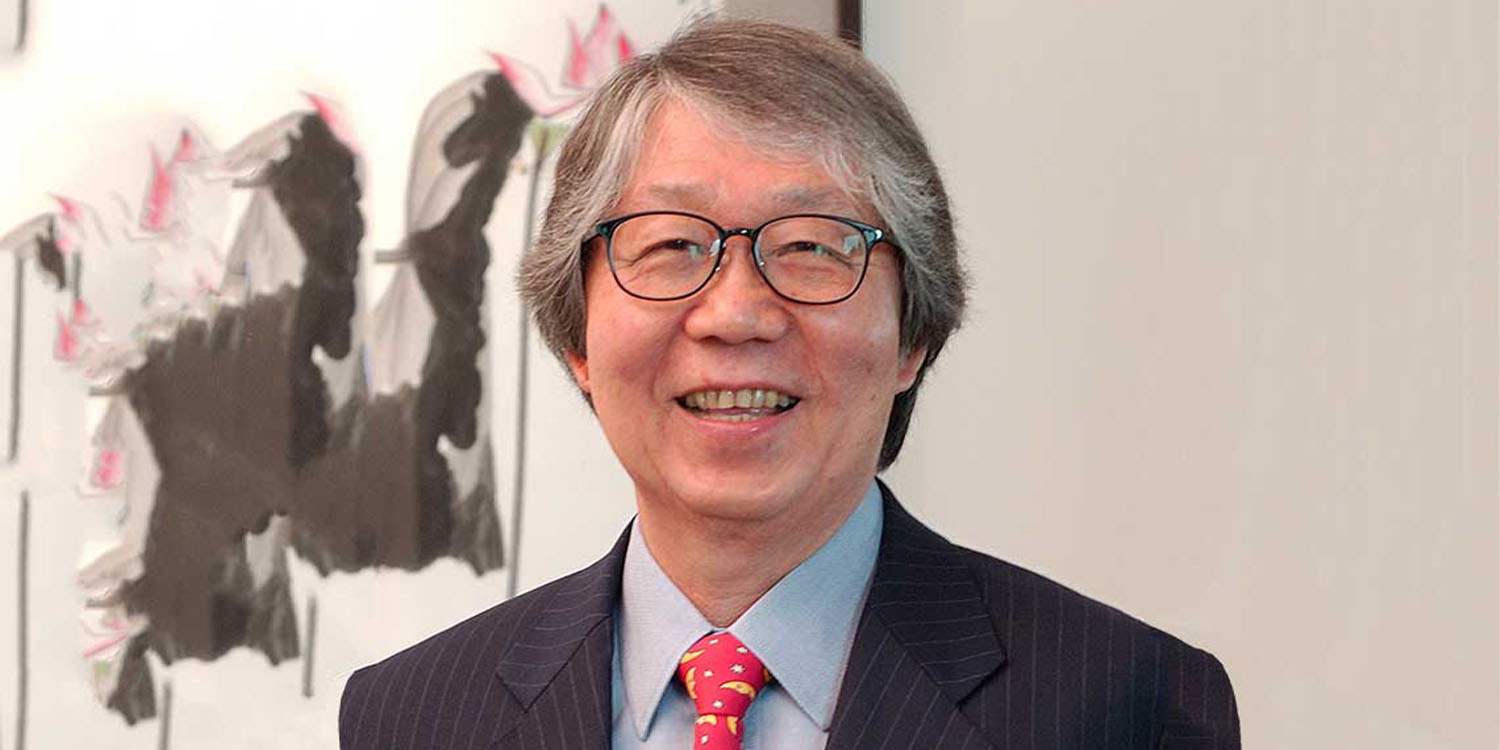 Things said online can be taken as seriously as if you said them in person.

So when NUS Tembusu College rector Tommy Koh replied to a netizen calling for his resignation, it was quite serious business.

But then a while later, he replied again saying he won’t resign after all, citing netizens who posted asking him to stay on.

So, all’s well that ends well?

The original post Prof Koh made was regarding the National University of Singapore (NUS) and the incidents involving an ex-lecturer, Dr Jeremy Fernando. 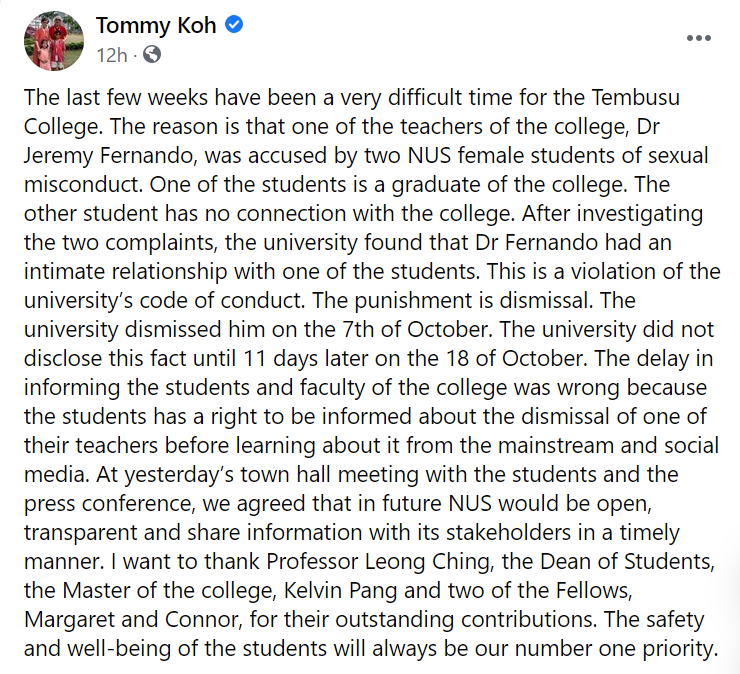 Prof Koh said that the delay in informing students of Dr Fernando’s dismissal was “wrong”, given students are stakeholders of the university.

Dr Fernando was dismissed on 7 Oct, but NUS only informed students of his dismissal on 18 Oct via email, 11 days later.

In response to this post, a netizen commented, calling for Prof Koh to take responsibility for the incident and resign.

According to TODAY Online, Prof Koh had replied, saying he’d do so.

But some time later, he commented again and said that as “most of the people” don’t agree with the netizen, he will not resign.

The netizen appeared persistent, however, in calling for Prof Koh’s resignation.

But as seen in other replies in the comments, there are many others who aren’t so keen on this.

Said he was “joking” about resigning

Prof Koh later told TODAY Online that he’d been “joking” when he made the initial reply, which is now deleted.

Someone should perhaps tell Prof Koh that it’s not easy to tell if someone’s joking from a post like that.

And it is clear that he’s still deeply respected as Tembusu College rector.

But it is also time to treat sexual misconduct with the gravity it deserves, and not sweep incidents under the rug.

Failure in handling such cases properly, be it from schools or the justice system, can have a snowball effect on future cases.

Students’ lives are at stake here, and there needs to be more proactivity in NUS policy going forward.