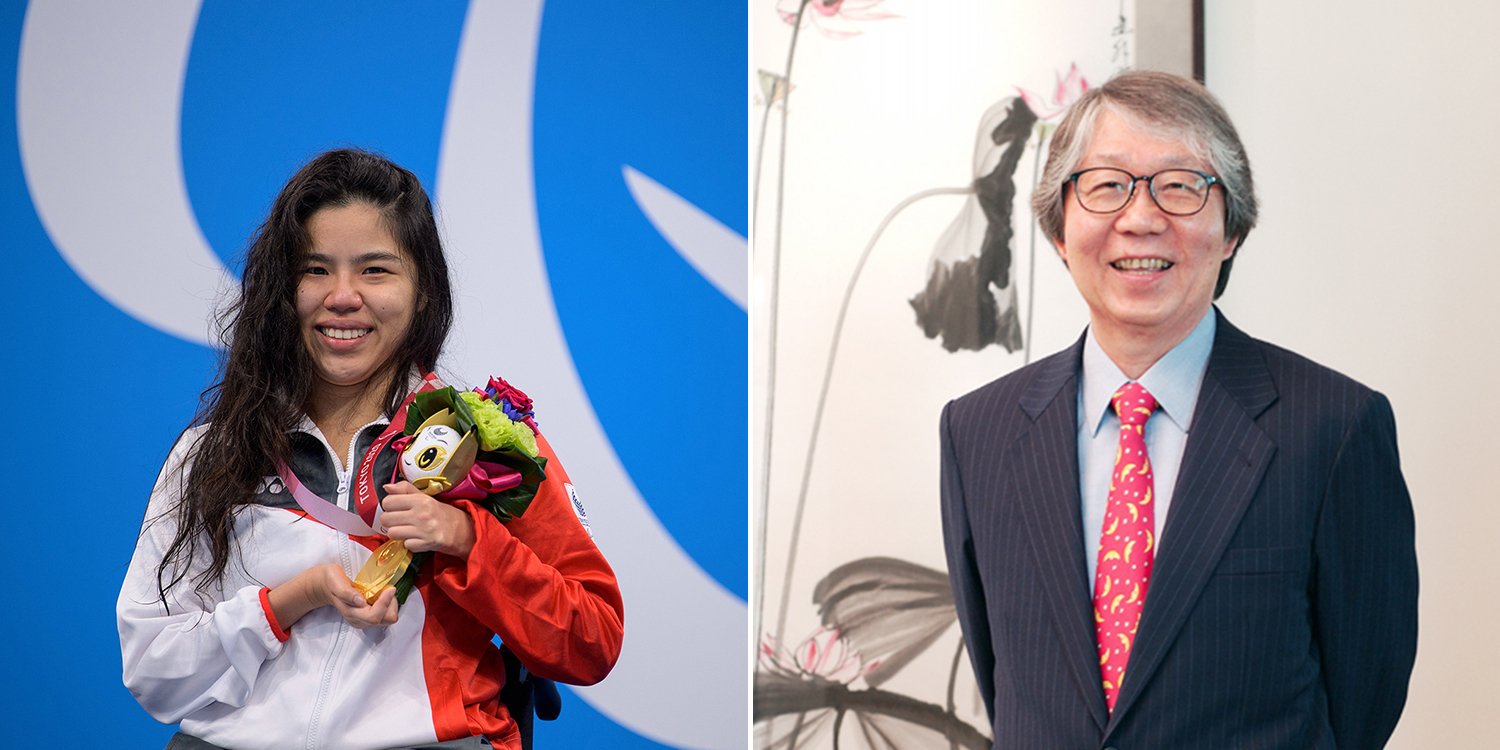 Hence, many were shocked when they found out winners of medals at the Olympics and Paralympics were paid differently in Singapore.

The Straits Times (ST) published an opinion piece on Friday (10 Sep) written by Singapore’s former diplomat, Professor Tommy Koh. He provided reasons as to why unequal pay between Olympic and Paralympic medal winners is morally and legally wrong. 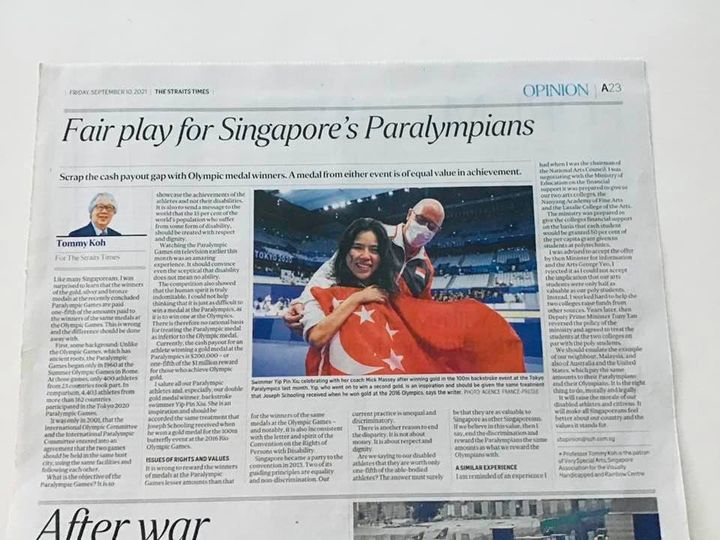 Professor Koh also provided a brief summary of his opinions on Facebook.

Former Singapore diplomat Tommy Koh posted on Facebook about his opinion piece today (10 Sep). This piece came after both the Tokyo 2020 Olympics and Paralympics came to a close.

He argued winning a medal at the Paralympics is just as difficult as the Olympics. Furthermore, athletes in both competitions put in their best effort to train and compete. Hence, there is no rational basis for why Paralympians should receive lesser pay.

Professor Koh went on to elaborate on the inconsistency of the practice of unequal pay between the 2 athletes. This is especially so since Singapore is a party to the United Nation’s Convention on the Rights of Persons with Disability (CRPD).

By giving unequal pay, Singapore is disregarding 2 guiding principles of the CRPD – equality, and non-discrimination.

Additionally, he suggested that Singapore should follow in the footsteps of other countries such as Malaysia, Australia, and the United States (US), which pay the same amounts to their Paralympians and Olympians. 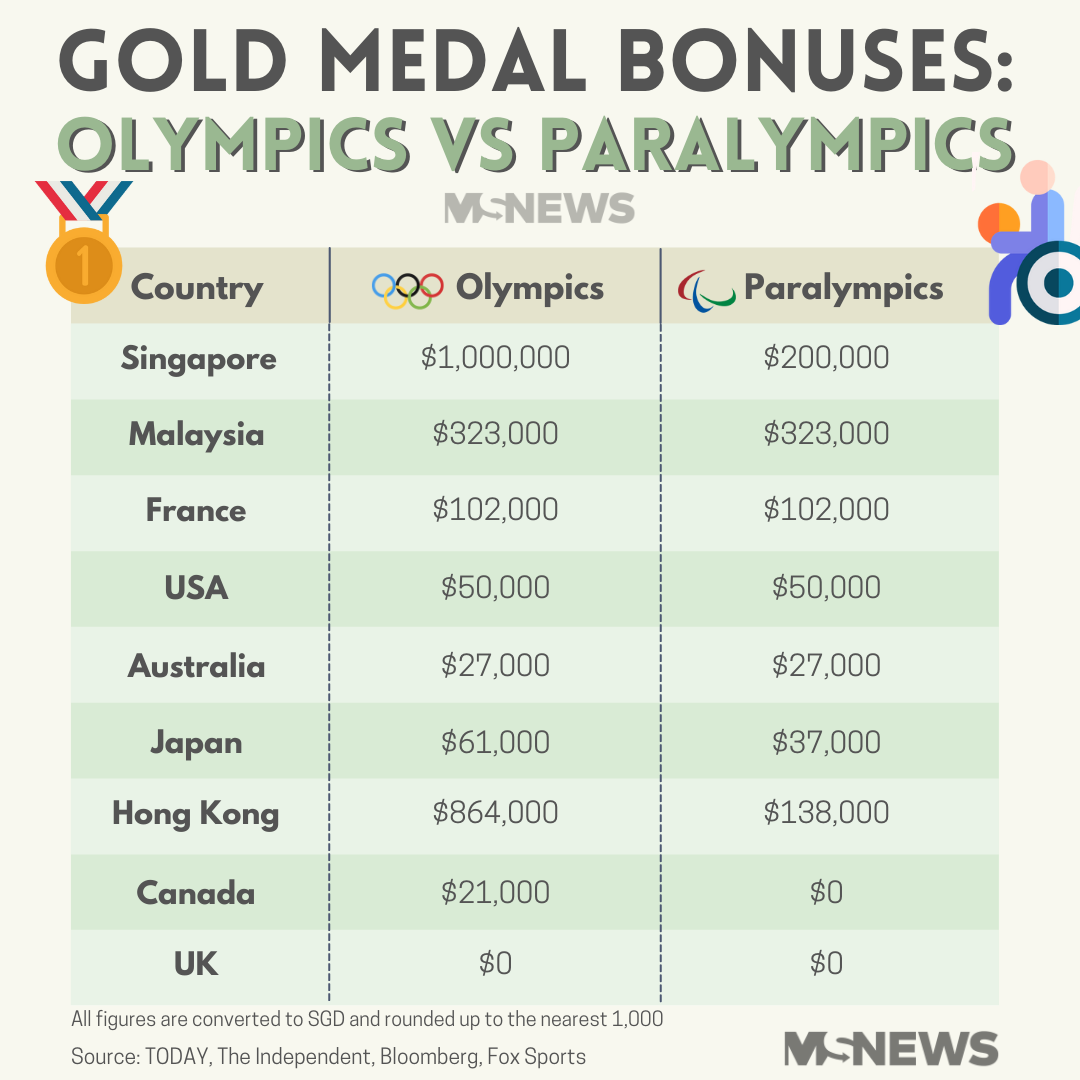 Professor Koh also elaborated that Singapore’s Paralympian Yip Pin Xiu, who has won 2 gold medals at the Tokyo 2020 Paralympics, should receive the same treatment Olympian Joseph Schooling received at the Rio 2016 Olympics when he won our first gold medal.

Finally, he emphasised that equal pay is about more than just money. It is about respect and dignity. This issue is about Singapore as a country and the values it stands for.

Hope Paralympians will have equal pay in the future

Since Singapore is a party to the CRPD, we should uphold the values it stands for.

Hopefully, with more people being aware of this issue, Singapore will move towards having equal pay for both Paralympic and Olympic medalists.

Featured image adapted from Asian Paralympic on Twitter and President’s Award for the Environment.