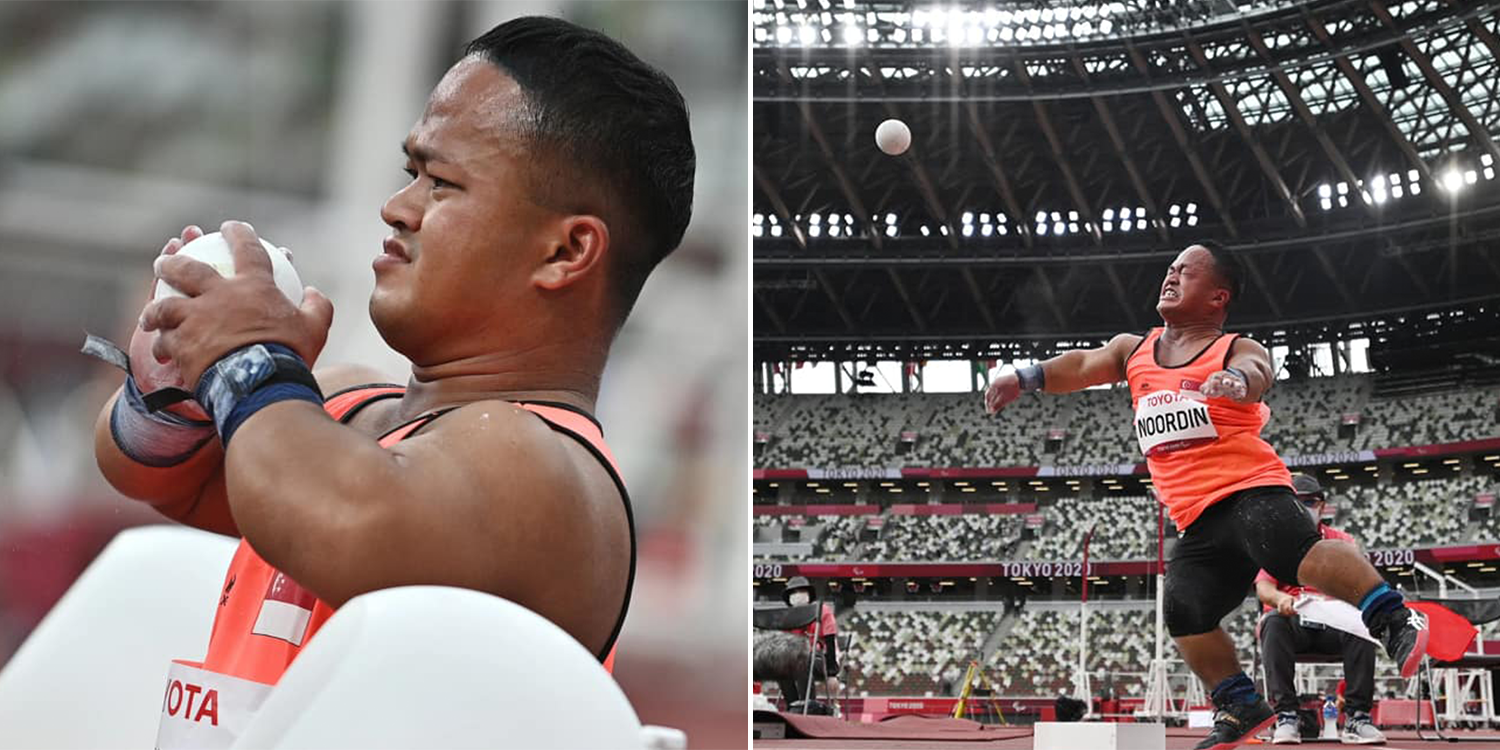 Participating in competitions allows us to push ourselves to the best of our abilities. The ongoing Tokyo 2020 Paralympic Games have shown us that even those with disabilities can achieve what they set their mind to.

Diroy Noordin managed to pitch his personal best and set a national record of 9.92m during the event.

His first throw of 9.85 metres at the Paralympics was already enough to break his previous record. 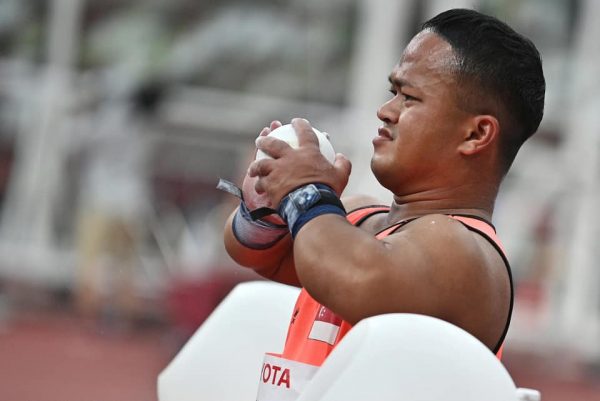 However, on his final throw, he broke his own record again with a distance of 9.92m. According to The Straits Times (ST), though Mr Diroy finished in eighth place, he was still glad that he could break his own record twice within the same competition.

However, he was also slightly disappointed that he did not hit the 10-metre mark nor win a medal.

Nevertheless, his performance at the Tokyo 2020 Paralympics is already a much greater improvement as compared to that in Rio 2016.

Many netizens have congratulated him for his stellar performance, including the President of Singapore’s National Olympic Council, Mr Tan Chuan Jin. 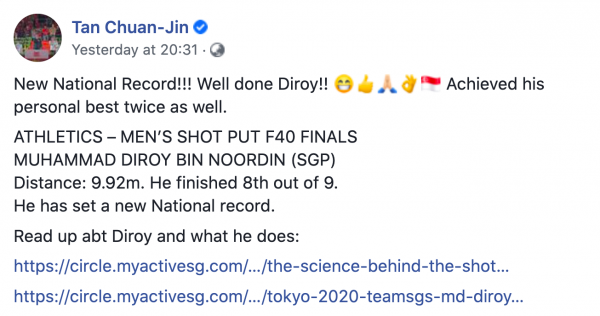 Mr Diroy’s performance has further motivated him to train even harder and he aims to win a medal at the next Paralympic Games in Paris.

In the meantime, he told ST that he wanted to relax and spend some time with his loved ones for a while before getting back to training.

Though Mr Diroy might not have won a medal, breaking a national record and setting a personal best are definitely things to be proud of.

We hope that he will get his well-deserved rest and spend more quality time with his family and friends.

As for the remaining Paralympians that have yet to complete, all the best!