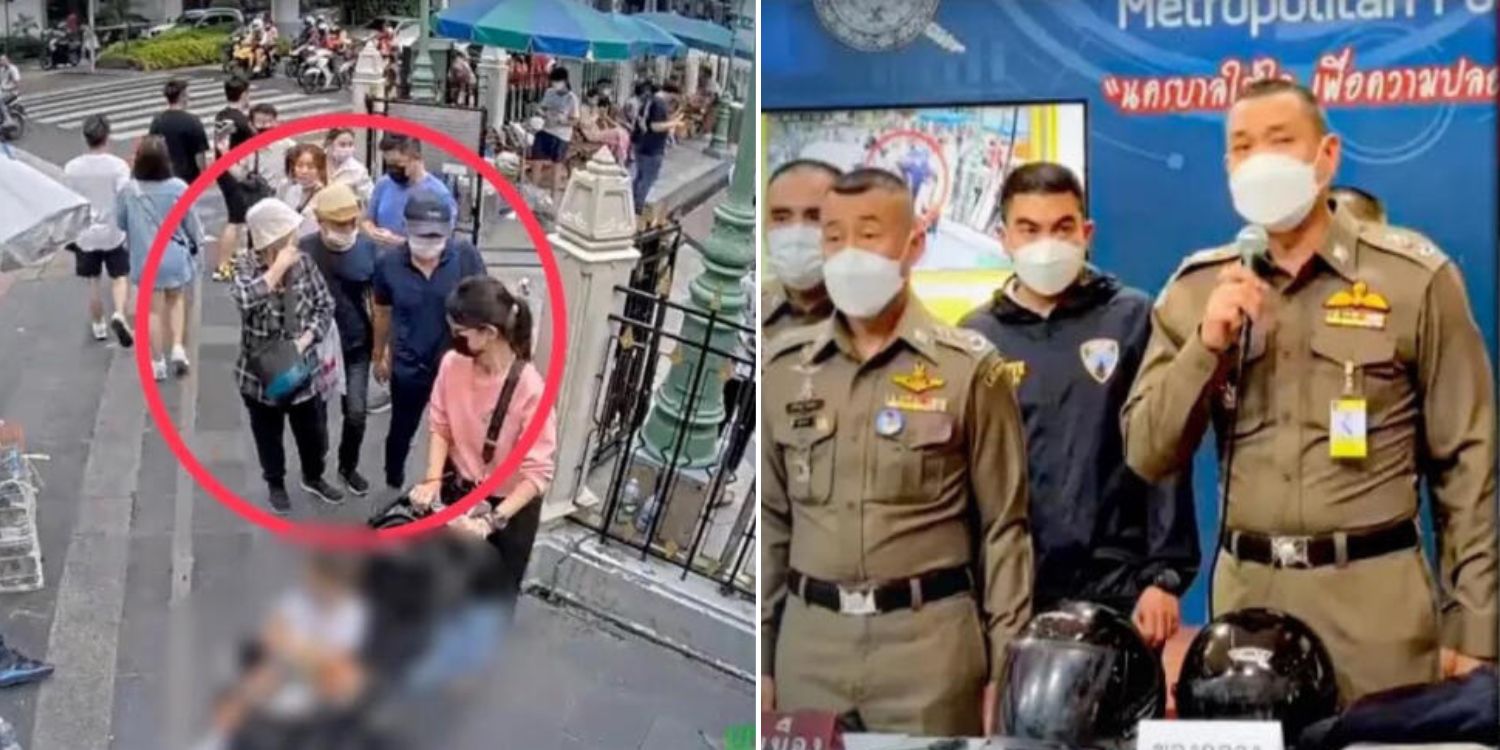 The suspects wore hats and masks and acted in a group.

According to The Nation Thailand, two Vietnamese suspects – a 55-year-old female and 42-year-old male – were arrested on 20 Sep.

However, one more suspect, a 32-year-old male, has fled the country and his whereabouts are unknown.

From closed-circuit television (CCTV) footage, three of the pickpockets, two male and one female, were seen approaching the victim who was pushing a stroller outside the popular Erawan Shrine in Bangkok. 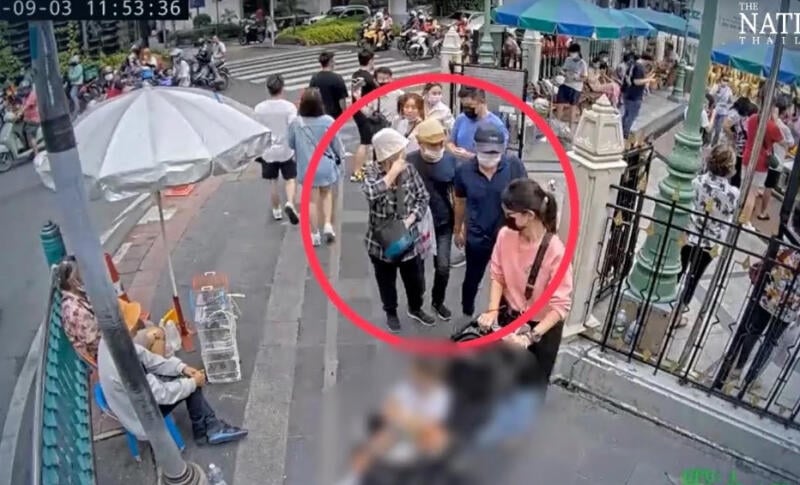 The pickpockets were dressed in bucket hats and caps, as well as masks, presumably in an attempt to conceal their identities.

One of the pickpockets was seen reaching her hand toward the victim, which caught her attention.

The pickpockets proceeded to spread out to prevent further suspicion.

After the woman stopped in front of a booth to ask for directions, they surrounded her quickly and ran off with her bag.

Investigations by the authorities revealed that one of the thieves used her credit card to make purchases.

Two suspects who robbed tourist arrested, one has fled Thailand

The victim alerted Thai police to the incident at about 11.30am.

Following her report, the police launched a swift investigation and identified the three suspects from CCTV footage.

The female suspect was apprehended at a hotel 8km away from the tourist site, while the 42-year-old male was arrested at at a border checkpoint in Pong Nam Ron district Chanthaburi province before he could leave the country.

The remaining suspect is believed to have fled Thailand.

Speaking at a press conference, the police revealed that the thieves were of Vietnamese nationality and had no previous criminal record in Thailand.

Despite being caught in the act by CCTV cameras, they pleaded their innocence, The Nation Thailand reported. Both of them were charged with collaborating to steal another person’s belongings and using others’ electronic cards.

Authorities warn tourists to be careful

Thailand has seen an increase in tourists after travel restrictions were lifted, authorities noted.

Pickpockets frequently target tourist destinations, so authorities have advised visitors to be on the lookout and guard their belongings.