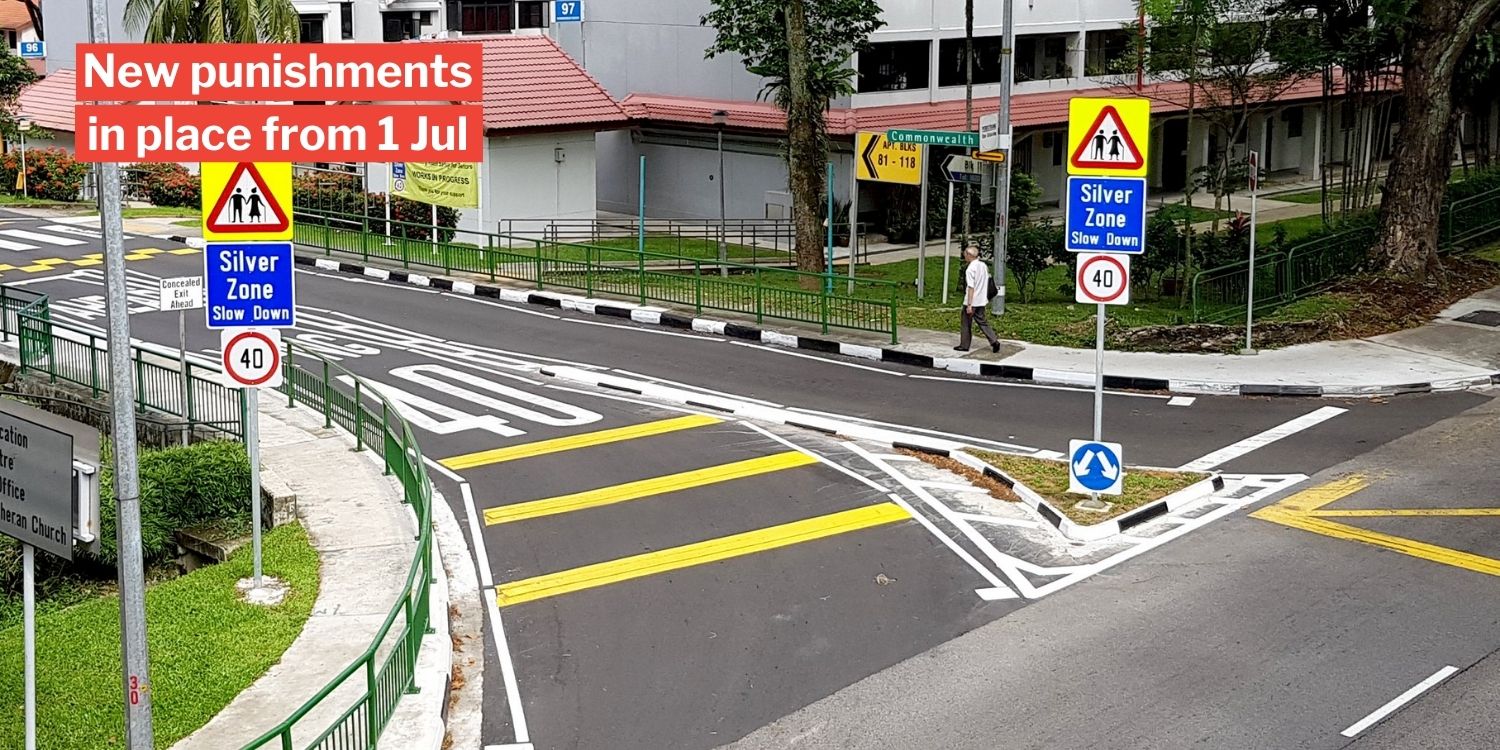 Extra 2 demerit points & $100 fine for offences in these zones.

Since 2014, Silver Zones have been identified in a number of estates across Singapore with large populations of seniors.

In these neighbourhoods, LTA has installed features such as rumble strips and raised zebra crossings to slow vehicles down, making roads safer for residents. 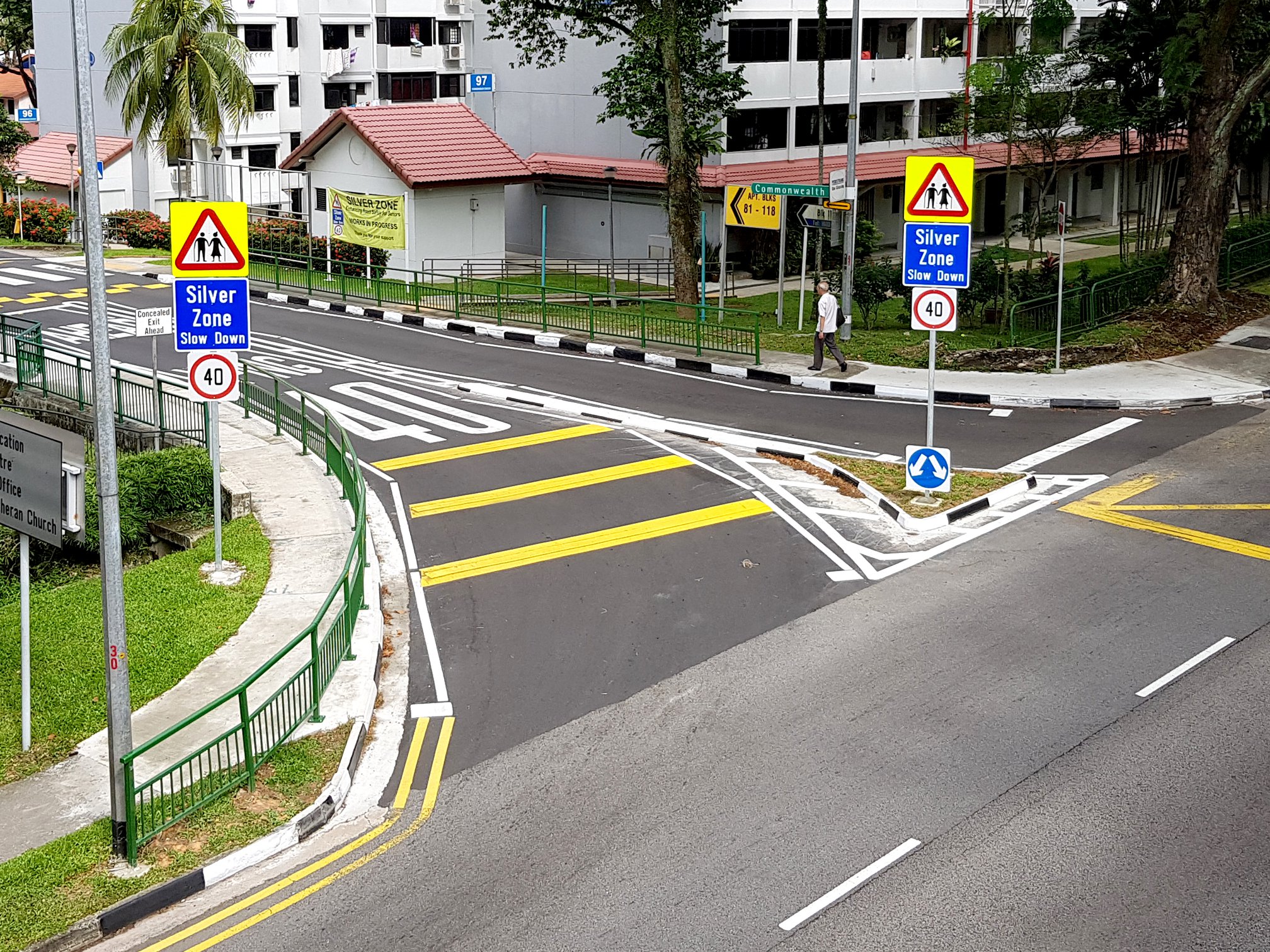 To better protect our seniors, the authorities announced that certain traffic offences committed in these estates will come with stiffer punishments from 1 Jul. The same will apply to School Zones as a way to protect student road users.

In a press release on Tuesday (1 Jun), the Ministry of Home Affairs (MHA) announced that some traffic offences committed at Silver and School Zones will come with higher composition fines and demerit points. Such offences include those committed at pedestrian crossings and others that threaten pedestrians’ safety due to drivers’ behaviour.

Those that fall under the former category include failure to slow down or give way at pedestrian crossings.

Offences like speeding and using a mobile phone while driving will be categorised under the second group.

Others such as illegal parking or stopping in a yellow box will not be affected.

According to MHA, motorists who commit any of the specified offences at Silver or School Zone will face 2 extra demerit points.

For instance, a driver caught running a red light in these areas will incur 14 demerit points instead of 12.

Composition fines for applicable offences will also be raised by $100 if they’re committed in the 2 zones.

For a full list of offences that will see harsher punishments in these Zones, you may read the document here.

The move to introduce stiffer punishments for traffic offences in Silver and School zones was first mooted back in March.

80% of our nation’s pedestrian fatalities in 2020 also involved elderly folks. Many of these were due to jaywalking and irresponsible driving behaviour.

According to LTA, there are around 35 completed Silver Zones as of the time of writing, with another 15 in the works.

In these areas with a larger elderly population, road safety features such as centre dividers, raised zebra crossings, and rumble strips have been installed to slow traffic down. School Zones, as the name suggests, are demarcated areas fronting our education institutions.

In these areas, speed limits are reduced to 40km/h at certain timings on a school day or when there’s a school event.

Signs near such areas – with a flashing light – will inform and warn motorists of such instances. 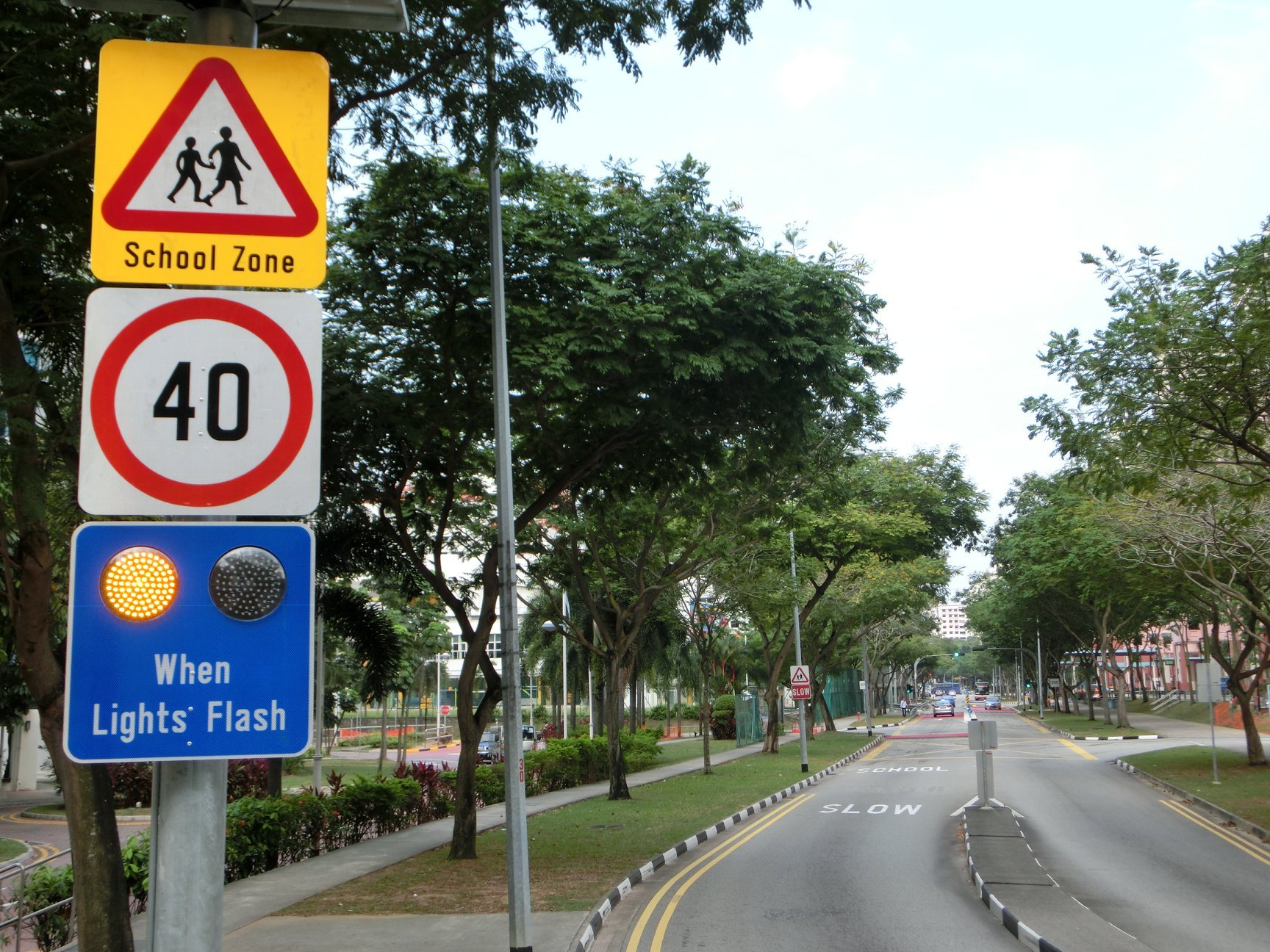 We’re glad that the authorities are implementing measures to protect vulnerable road users like our seniors and students.

Next time you’re driving in one of these zones, remember to slow down and be on heightened alert for pedestrians.

At the end of the day, everyone will be safer when all road users play their part.