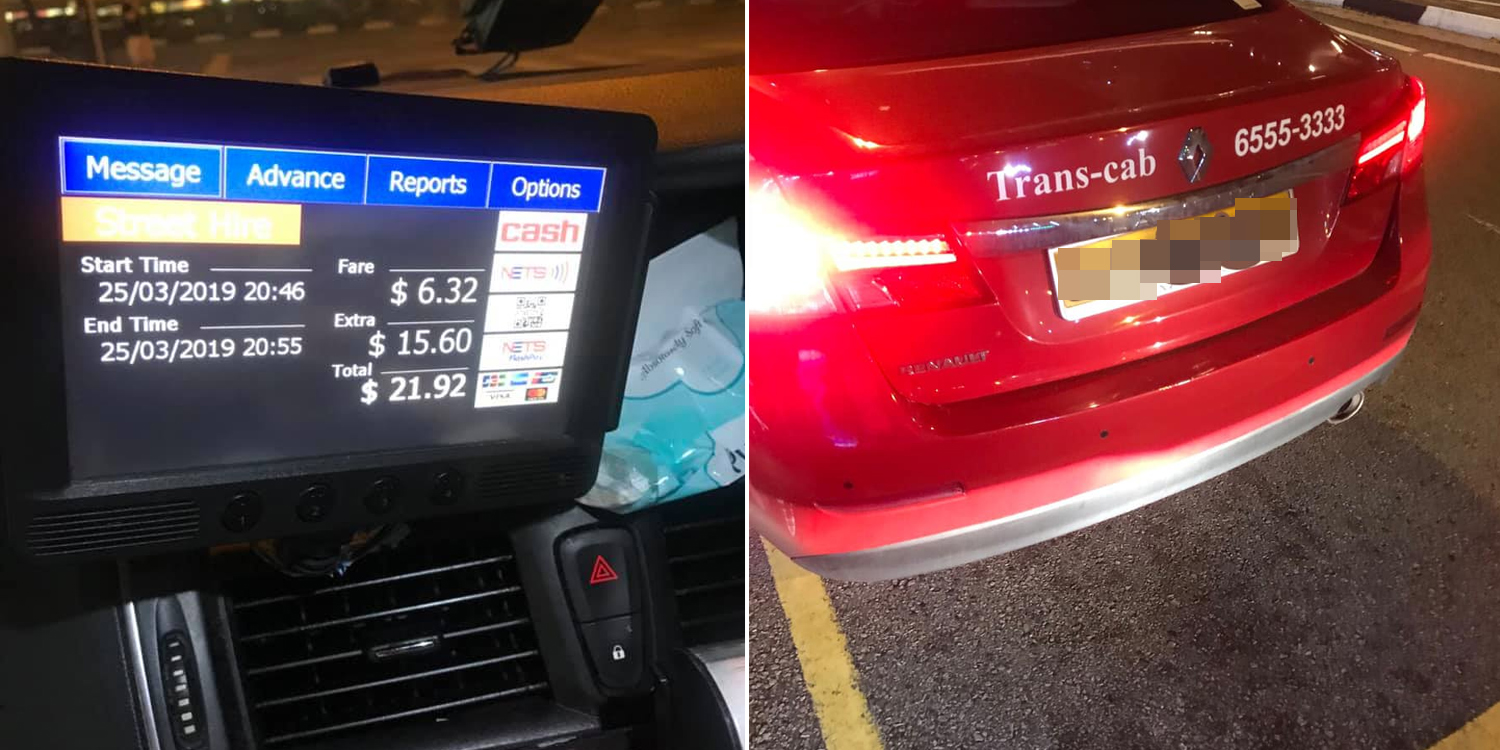 A car ride from Marina Bay Sands to People’s Park Complex is a 3km journey that takes roughly 8 minutes.

Yet a Taiwanese tourist who took the exact route on a Trans-Cab taxi was charged a whopping $21.92, with $15.60 worth of ‘extra’ charges.

Perplexed, she sought clarification from a friend staying in Singapore, who was equally dumbfounded.

The friend took to Facebook on Wednesday (27 Mar), seeking help from other netizens to explain the charges. 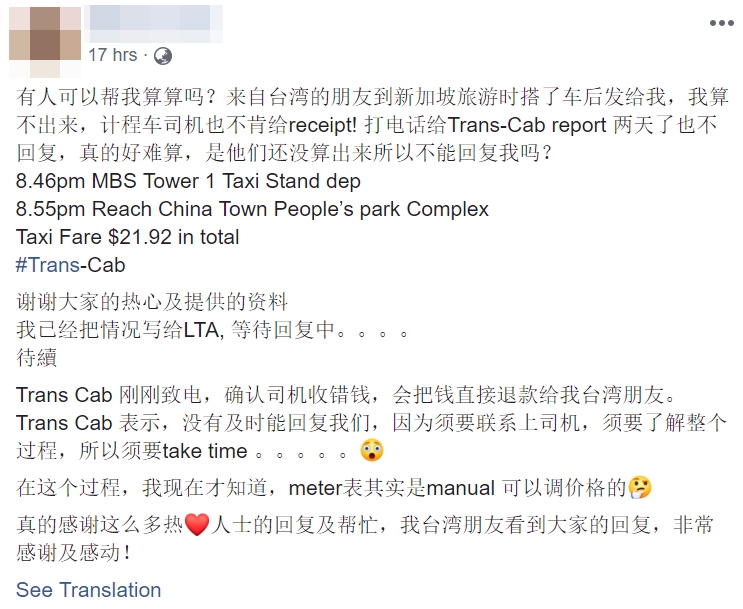 On 25 Mar, the Taiwanese tourist boarded a Trans-Cab taxi at 8.46pm from Marina Bay Sands Tower 1. 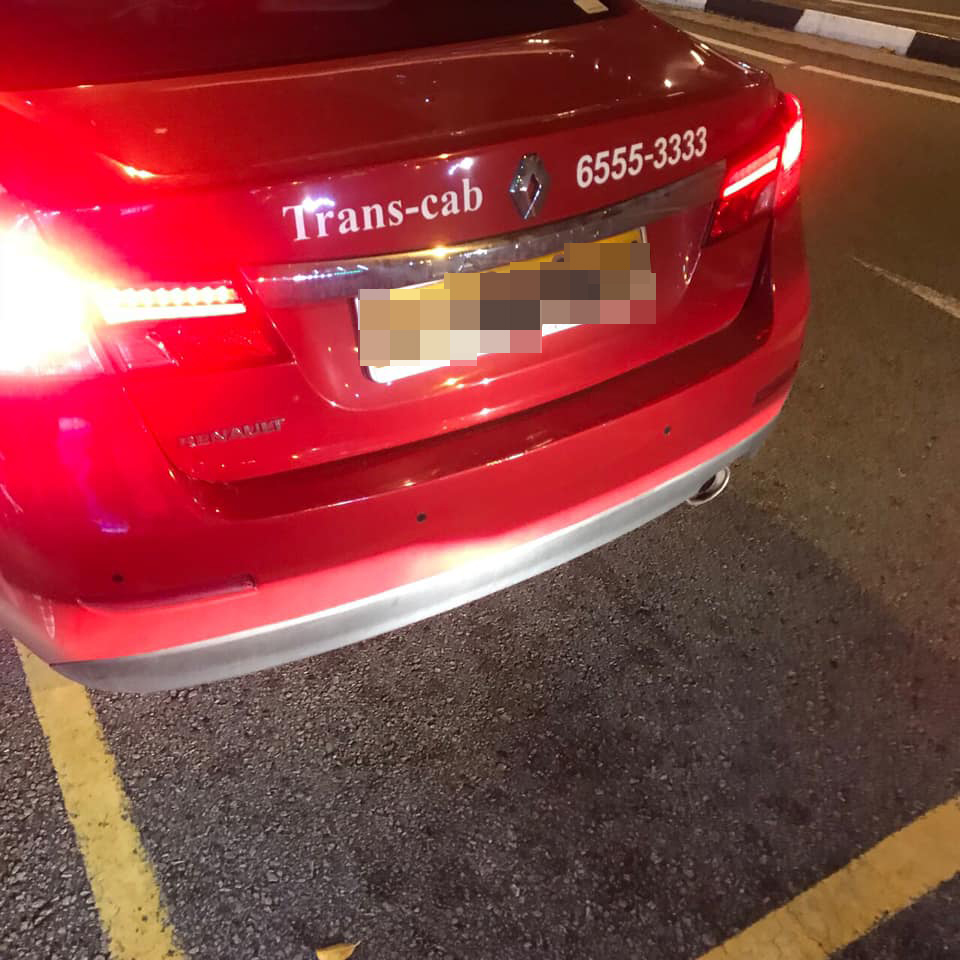 For those who may not be familiar with the locations, they are just 3km away from each other.

Surprisingly, the short cab ride amounted to a staggering $21.92, which included $15.60 in ‘extra’ charges. 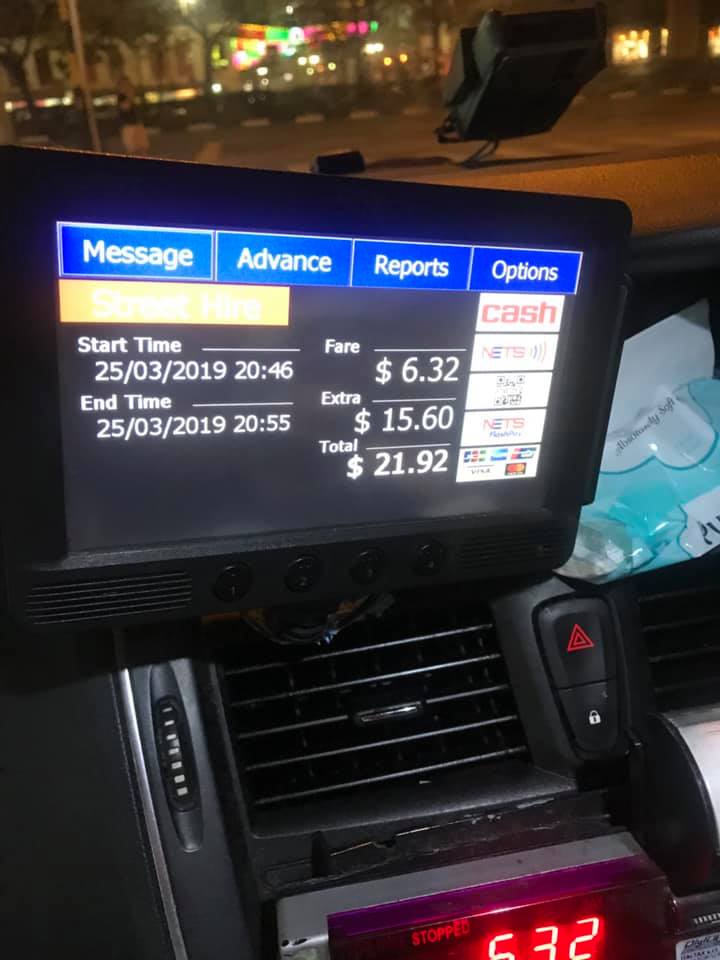 When the tourist asked for a receipt with a breakdown of the charges, the taxi driver allegedly refused to do so.

Trans-cab confirmed that fare was wrong

Given the absurdity of the fare, a number of netizens attempted to break down the costs, but all failed to arrive at the mysterious $21.92.

The Facebook user updated her post on Thursday afternoon, stating that Trans-Cab has confirmed that the driver had charged the Taiwanese tourist incorrectly.

In her update, the Facebook user also hinted strongly that the driver had key-in the extra charges manually.

Trans-Cab will also follow up with a refund to the tourist in due time.

Hope the tourist enjoyed the rest of her trip

We’re heartened by Trans-Cab’s swift response to the incident.

Let’s hope that the Taiwanese tourist enjoyed the remainder of her trip here and that the incident did not leave a bad taste in her mouth.