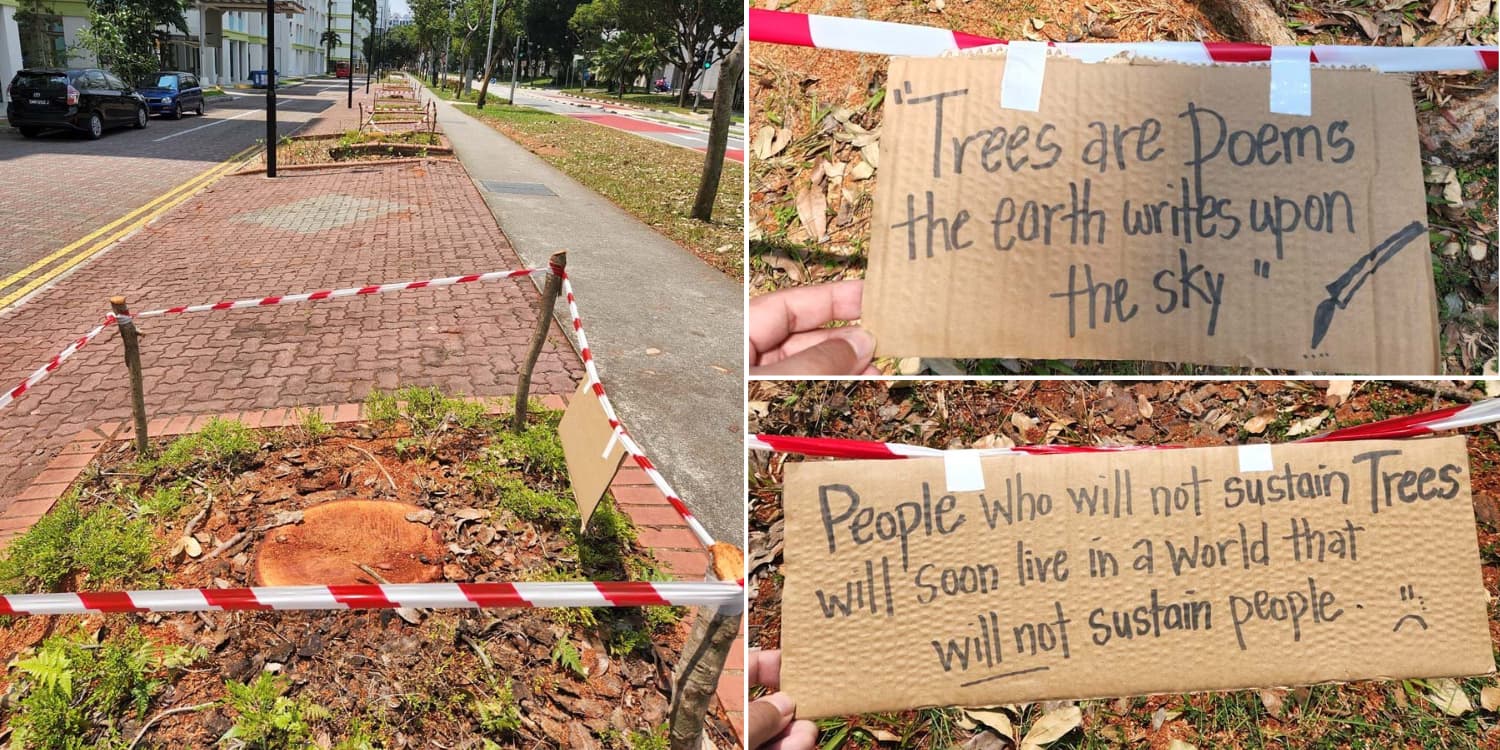 Learn to appreciate the gifts of Mother Nature.

Even though our neighbourhoods are surrounded by lots of trees and greenery, some of these plants are cut down for a myriad of reasons.

Over at a neighbourhood in Woodlands, someone has seemingly left notes at sites where trees have been cut down.

Each of the notes features inspiring quotes relating to trees and reminded residents of the important role they play.

Passer-by notices note for trees cut down in Woodlands

While walking along Woodlands Ring Road, a netizen named Mr Upadya recently came across a row of trees which had been cut down.

Mr Upadya shared that the trees had been there even before he moved to the neighbourhood, which was more than 20 years ago.

Taking a closer look, he found there was a note attached to the plastic fencing barrier used to cordon off the area. 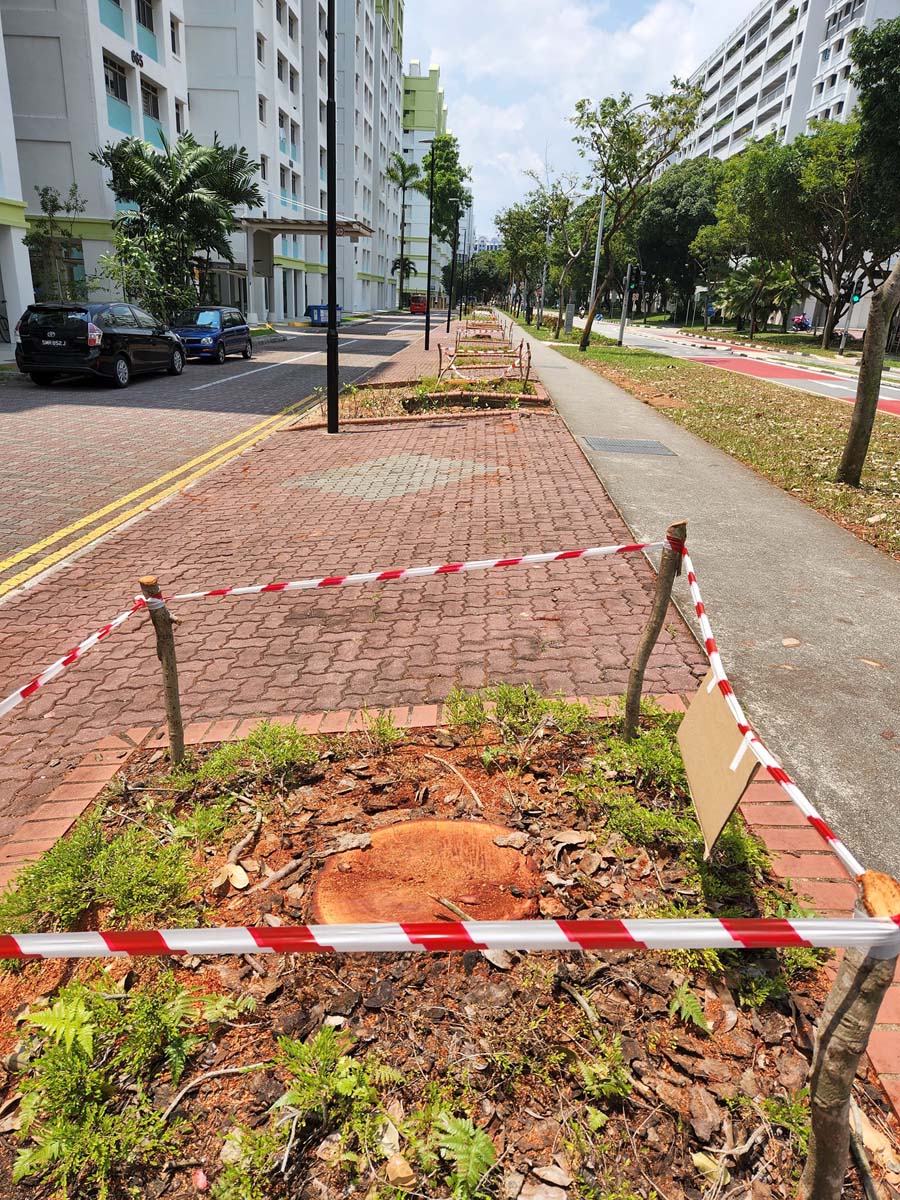 Some messages remind passersby how majestic trees are, comparing them to “poems the Earth writes upon the sky”. 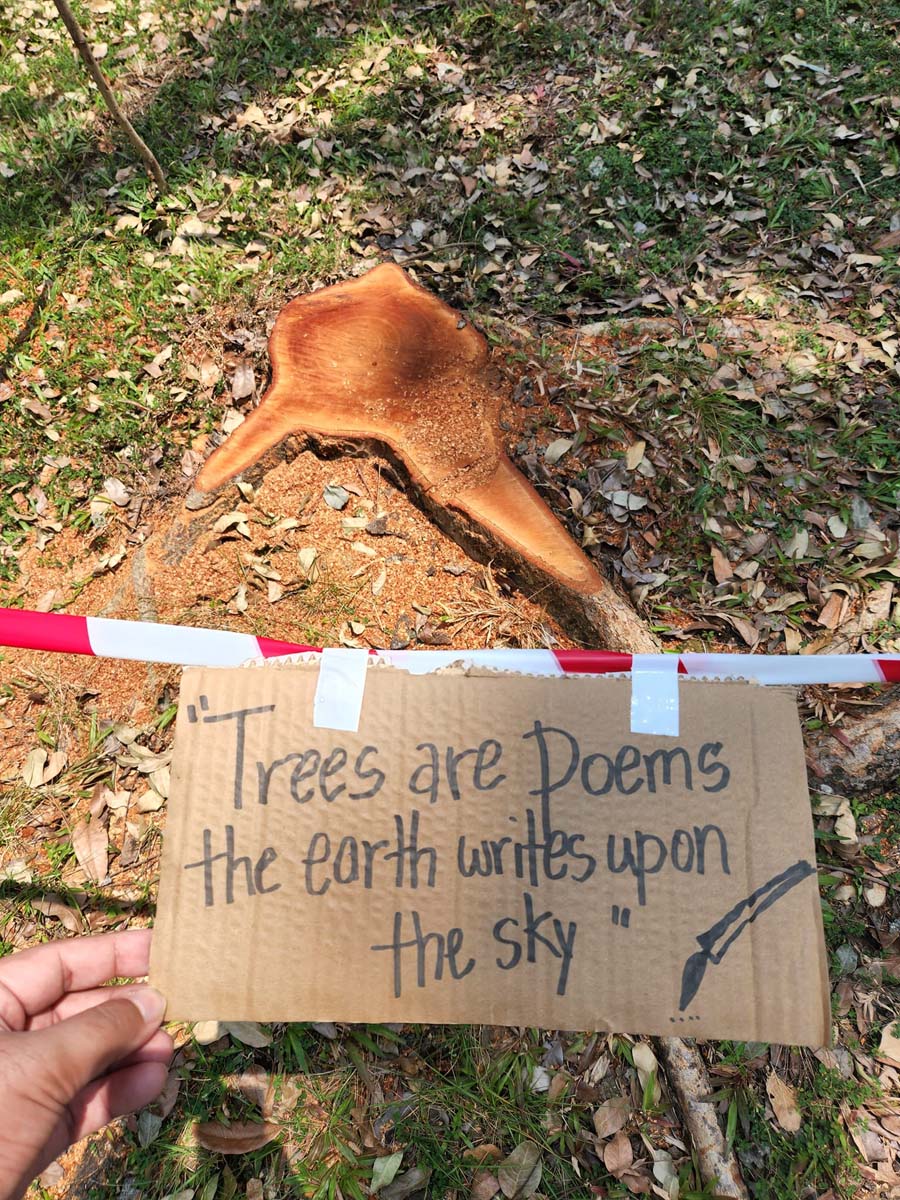 Another note claimed that a society “grows great” when old men plant trees despite knowing that they won’t live to see them reach their full height. 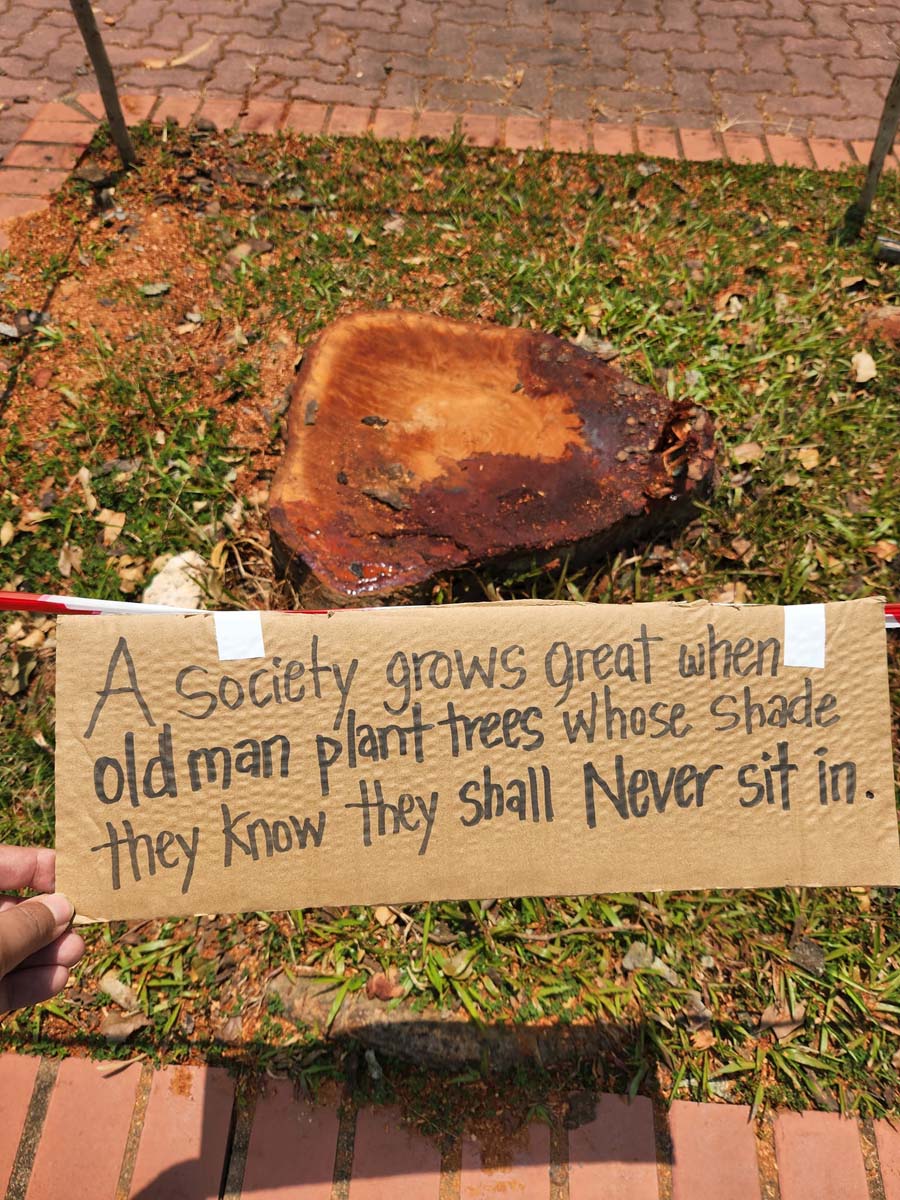 This note read that the trees that take the longest to grow eventually yield the “best fruit”. 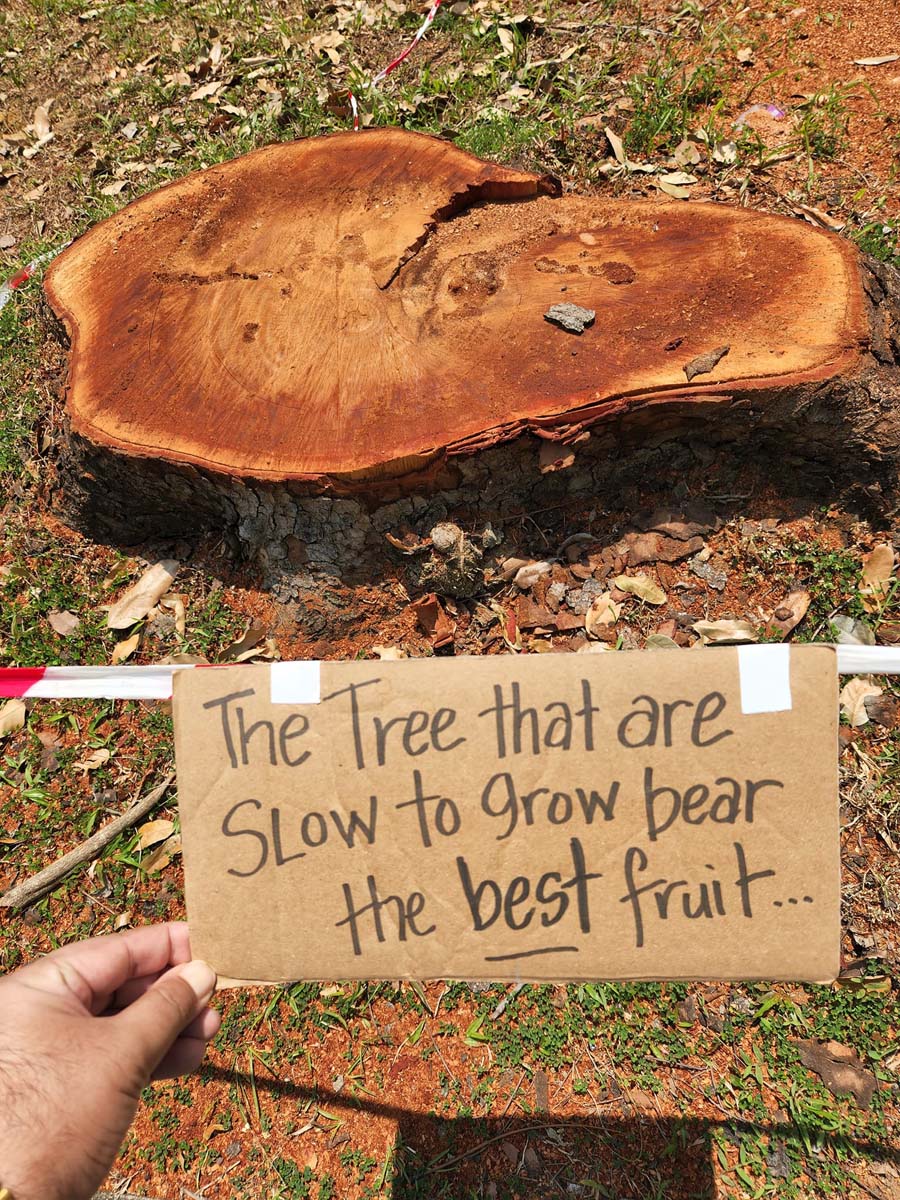 Being gentle and wise to our trees today eventually pays off and allows us to reap bountiful ‘rewards’ in the future. A reminder to cherish trees

Some notes remind passers-by to cherish trees. This, for instance, warned that people who do not “sustain” trees will soon find themselves in a world that “will not sustain” people. 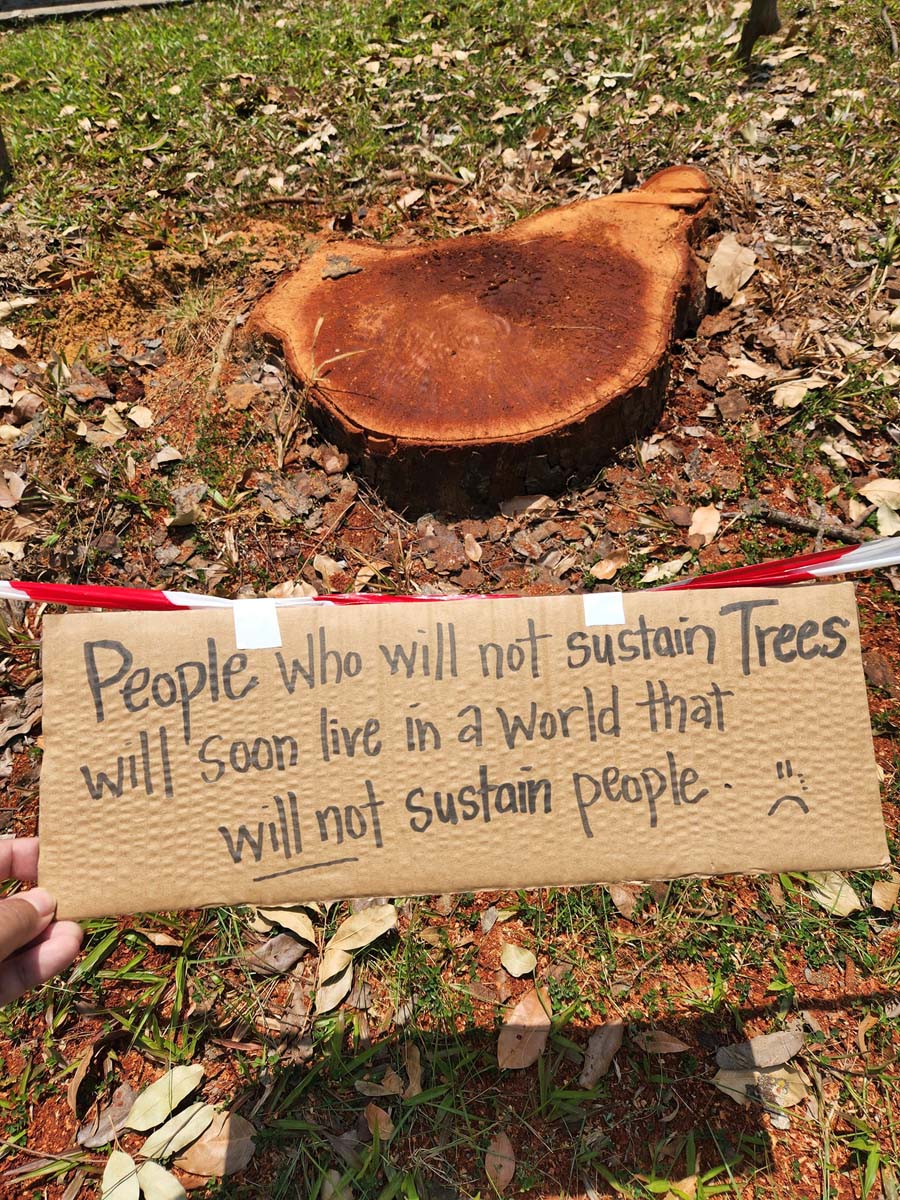 In the same way, plants can thrive without humans but we can’t say the same if it was the other way around. 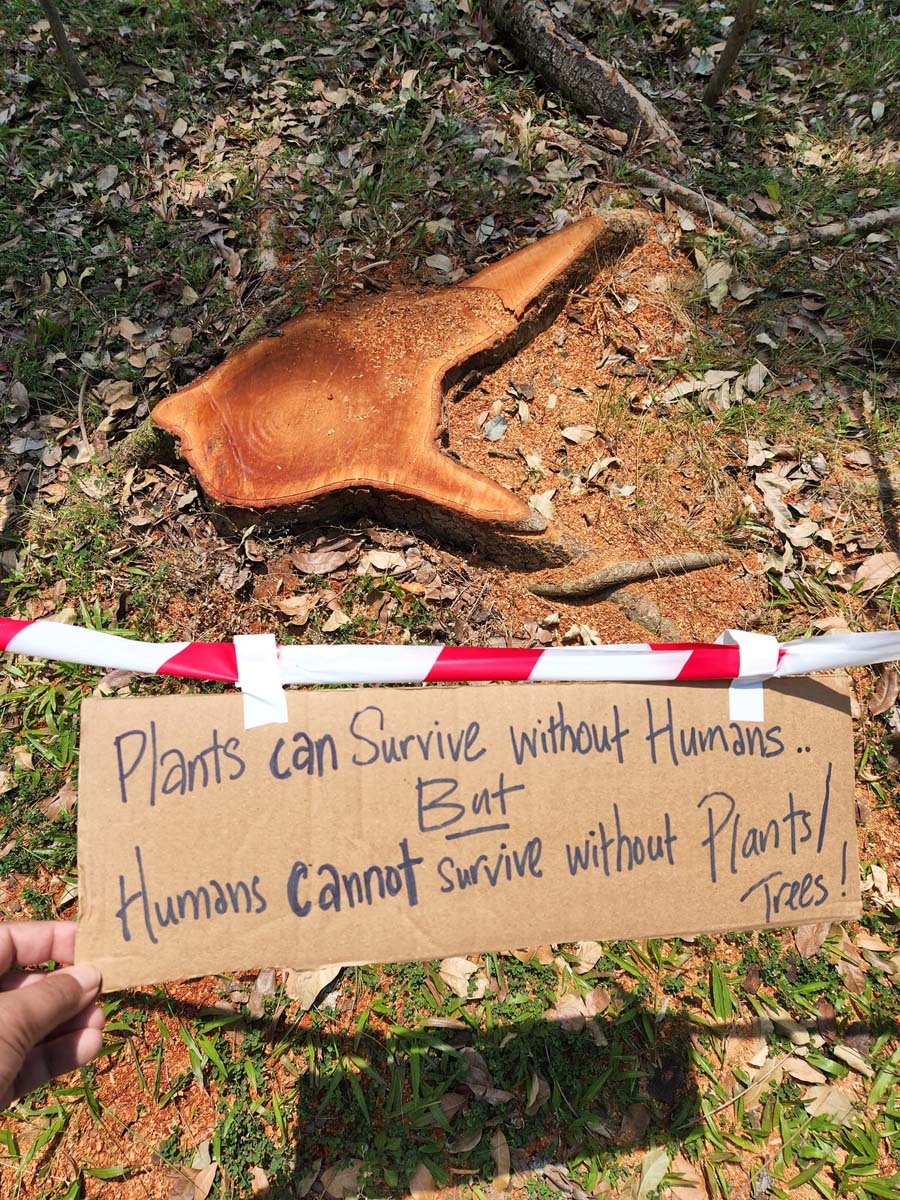 Another note seemingly referred to mankind as “guests” and said we’ve forgotten how to “walk lightly on the Earth as its other creatures do”. 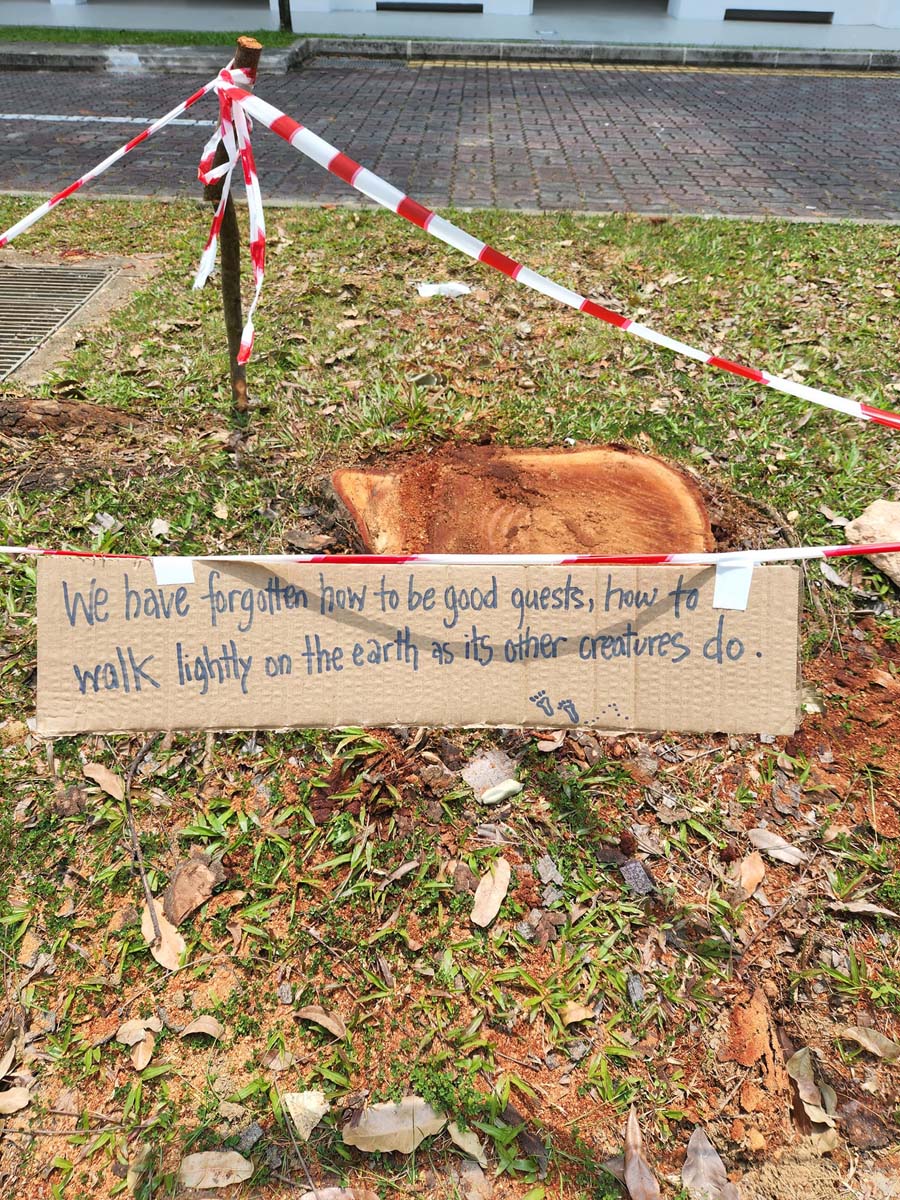 Learn to appreciate the gifts of Mother Nature

Despite Singapore’s reputation as a Garden City, it’s saddening whenever see trees getting cut down.

Though the reasons behind the move remain unclear,  we hope the signs serve as a reminder for us to cherish trees given the important role they play.

What do you think of these thought-provoking messages? Let us know in the comments below.