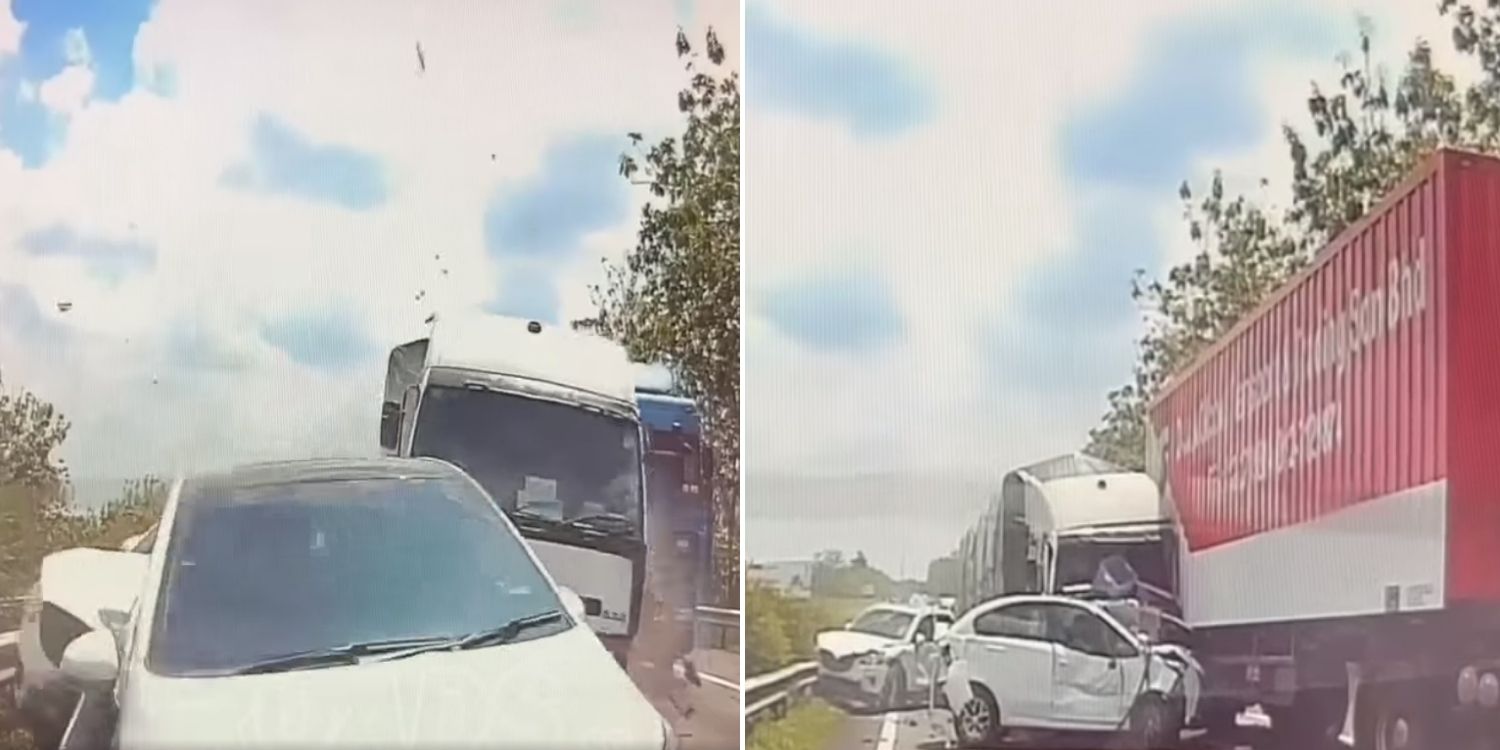 Fortunately, no one was injured in the collision.

Driving in a foreign country can be scary and one Singapore car owner learnt this recently when a truck crashed into her car on the North-South Expressway (NSE) in Malaysia.

Thankfully, everyone involved in the accident emerged unscathed. The cause of the crash remains unknown.

The owner of the Singapore car, likely the one with the dashcam, claimed that the crash resulted in her vehicle having to be towed back home from Malacca.

Today (20 May), Facebook page ROADS.sg shared dashcam footage of the horrifying incident that apparently occurred on Tuesday (17 May), courtesy of Sunita.

At the start of the clip, a few cars and trucks were travelling on the expressway before coming to a halt.

All of a sudden, a white truck suddenly came speeding from behind and crashed into the vehicles, squeezing between the two lanes.

The cars plunged forward due to the impact, knocking into the cam car with seeming force.

The two white cars behind the cam car appeared seriously damaged, with deep dents on their doors, bonnets, and rears. 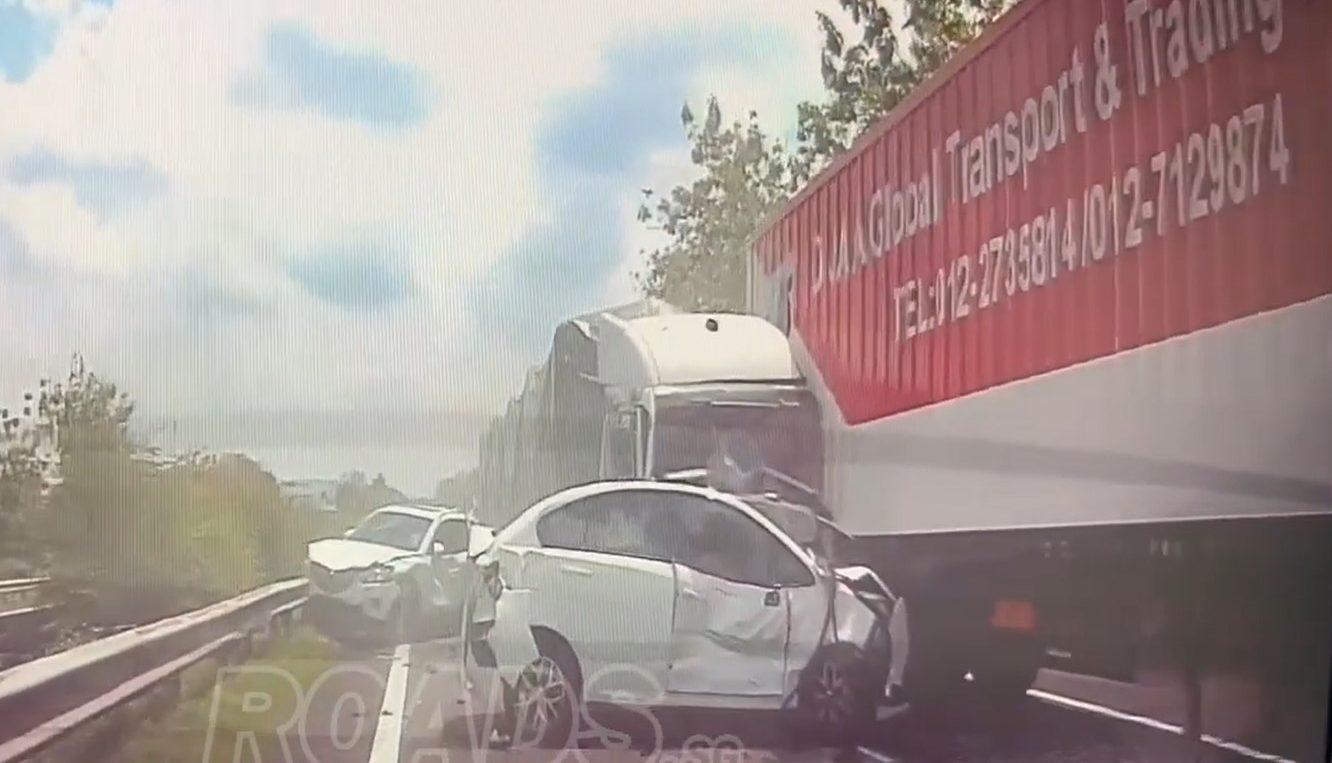 Fortunately, there were no casualties in the collision as Ms Sunita shared that it was “a miracle nobody was injured“.

She added that the crash “goes to show (how) one can be so careful and still suffer.”

The cause of the collision remains a mystery at the time of writing.

As a result of the crash, Ms Sunita said her “car had to be towed back from Malacca to Singapore”.

Seeing the crash unfold in the blink of an eye is very distressing. Thankfully, nobody got hurt.

As the cause of the crash is still unclear, let’s avoid speculating or pinning the blame on anyone. We hope the authorities will investigate the incident and dole out punishments where necessary.

At the end of the day, we’re just glad that everyone was safe.