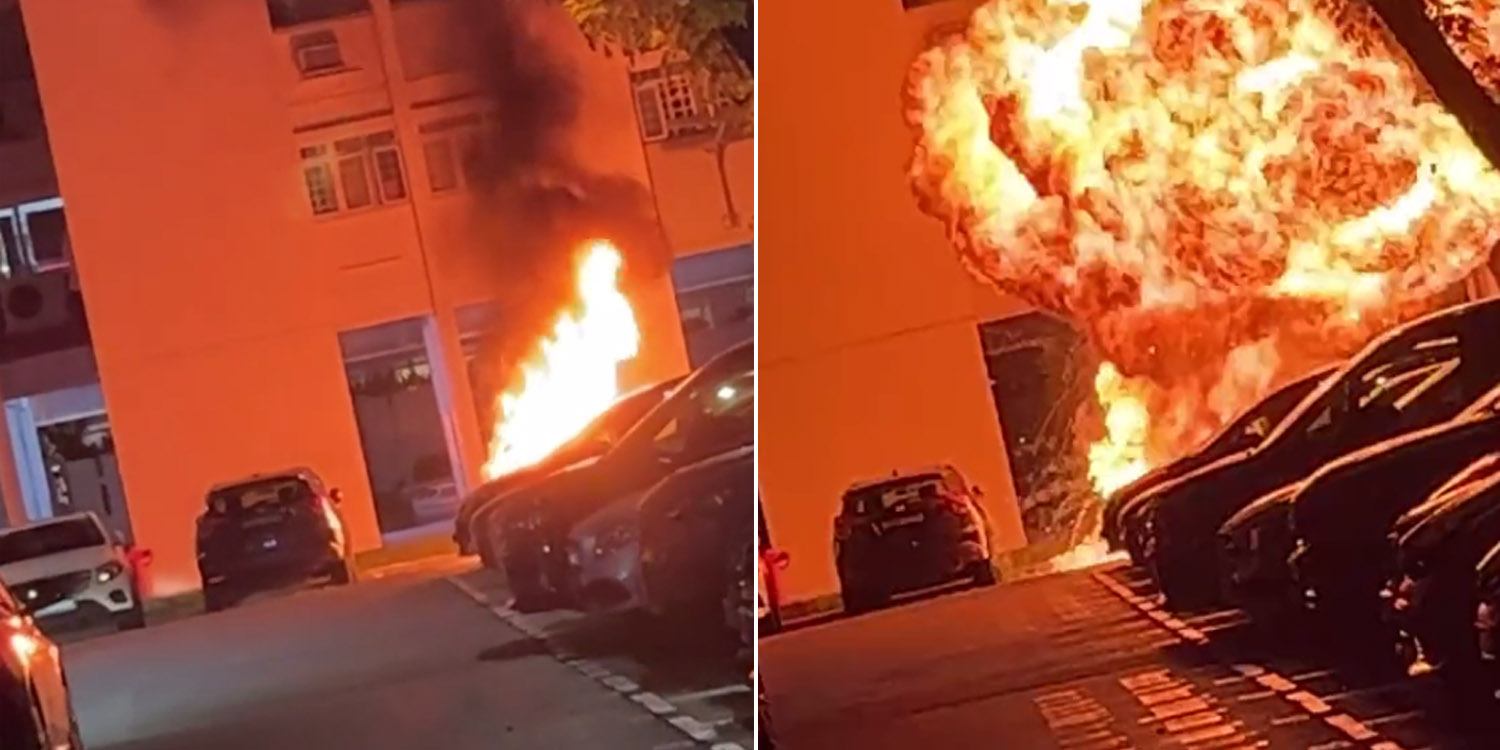 A car next to the motorcycle was also affected.

Though it was drizzling across most parts of Singapore on Wednesday (9 Feb) night, a fiery crisis took place in Bishan.

A viral TikTok clip shows a burning vehicle exploding at an open-air carpark along Bishan Street 13.

Thankfully, SCDF confirmed that there were no injuries.

At the start of the clip, a fire could be seen at a section of an open-air HDB carpark.

The fire escalated into a loud explosion, releasing a giant fireball into the air without warning.

Some pieces of debris were thrown into the sky due to the explosion. 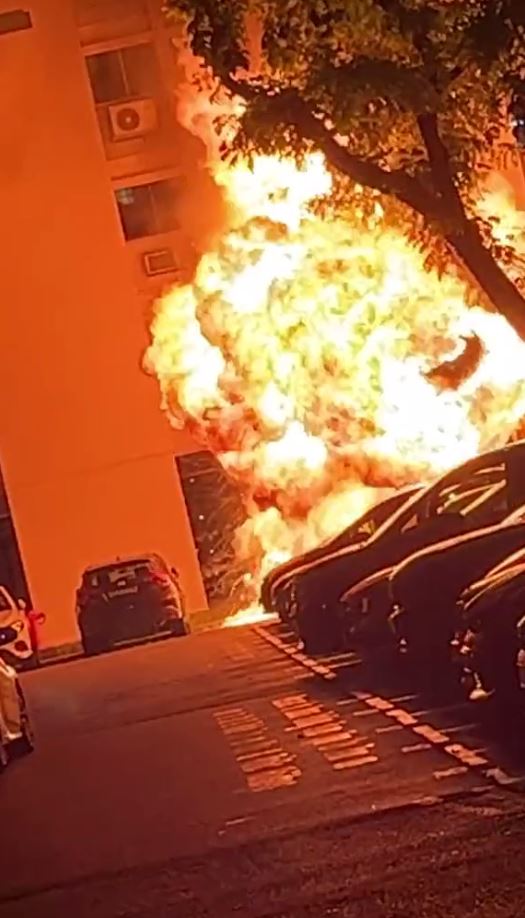 The explosion deterred a taxi approaching the site of the fire from moving forward. Taken aback by the explosion, a female voice cried out loud in the clip.

Another man warned in Mandarin,

This is why I told you not go near.

Responding to MS News’ queries, SCDF confirmed that the incident occurred at about 10.50pm on Wednesday (9 Feb) at 172 Bishan Street 13.

The fire reportedly involved a motorcycle. Another car parked beside it was also affected by the blaze.

Thankfully, no injuries were reported. SCDF is currently investigating the cause of the fire.

Thankful for no injuries

It’s scary to see such a big explosion occurring in an HDB carpark. We can only imagine how terrifying it would be for the vehicle owners to bear the full brunt of the damage.

We are grateful that no one was injured due to the explosion.

Hopefully, the vehicle owners can get the help they need in the face of this unexpected event.