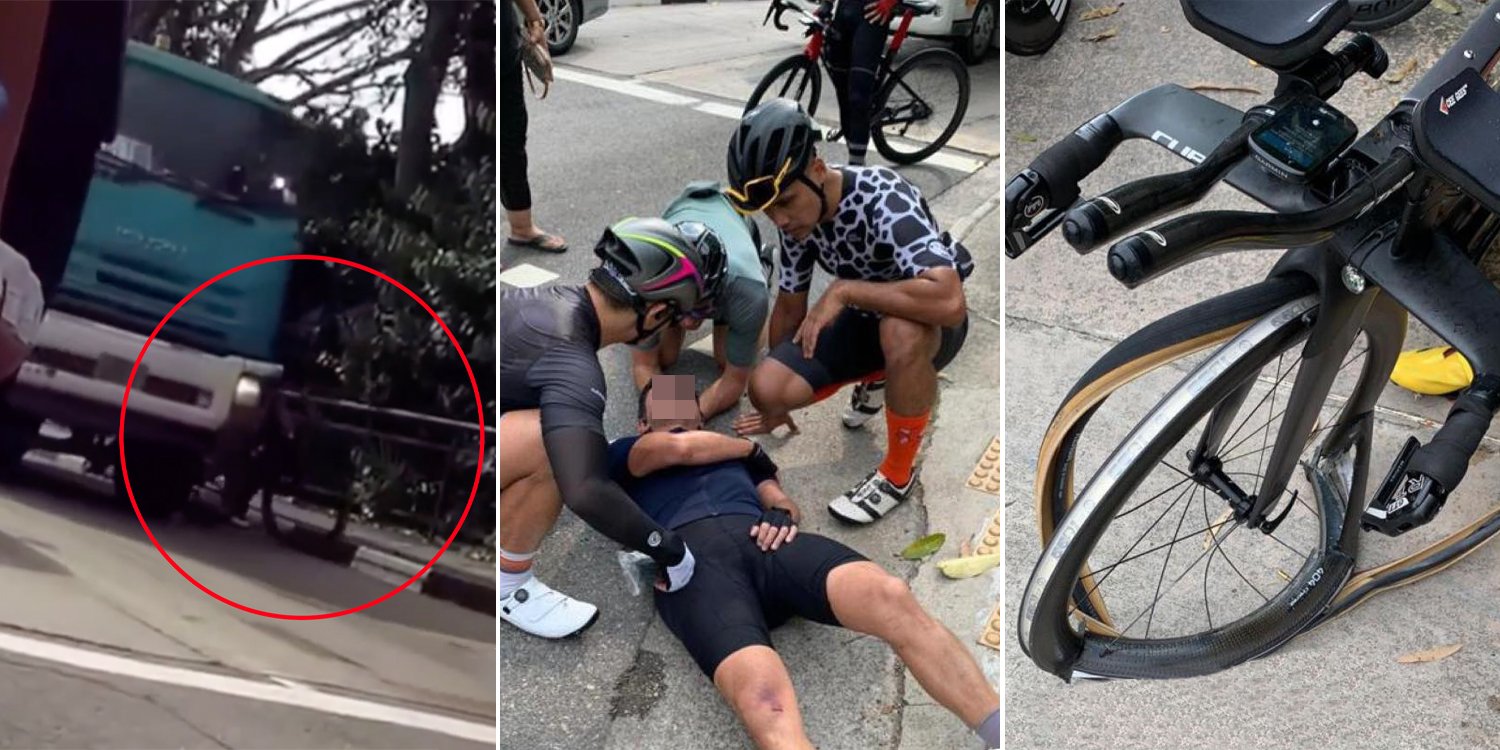 As more Singaporeans pick up cycling as a hobby, it’s important to take precautions when travelling on busy roads so that they can make it to their destination safely.

On Saturday (31 Jul), a cyclist experienced the dangers of riding on roads firsthand when he was cycling on the side of the road in Changi.

A tipper truck driving by left him no room, ‘squeezing’ him off the road and onto the curb.

Pictures circulating on social media showed that the accident left the cyclist in pain and his front bicycle wheel mangled.

Truck ‘squeezes’ cyclist off the road in Changi

On Monday (2 Aug), ROADS.sg Facebook group shared a video of a tipper truck travelling along the road when a cyclist, moving next to the vehicle, had no space to manoeuvre.

Initially, the cyclist was riding near the curbside. When the tipper truck came along, there was little room for the cyclist. 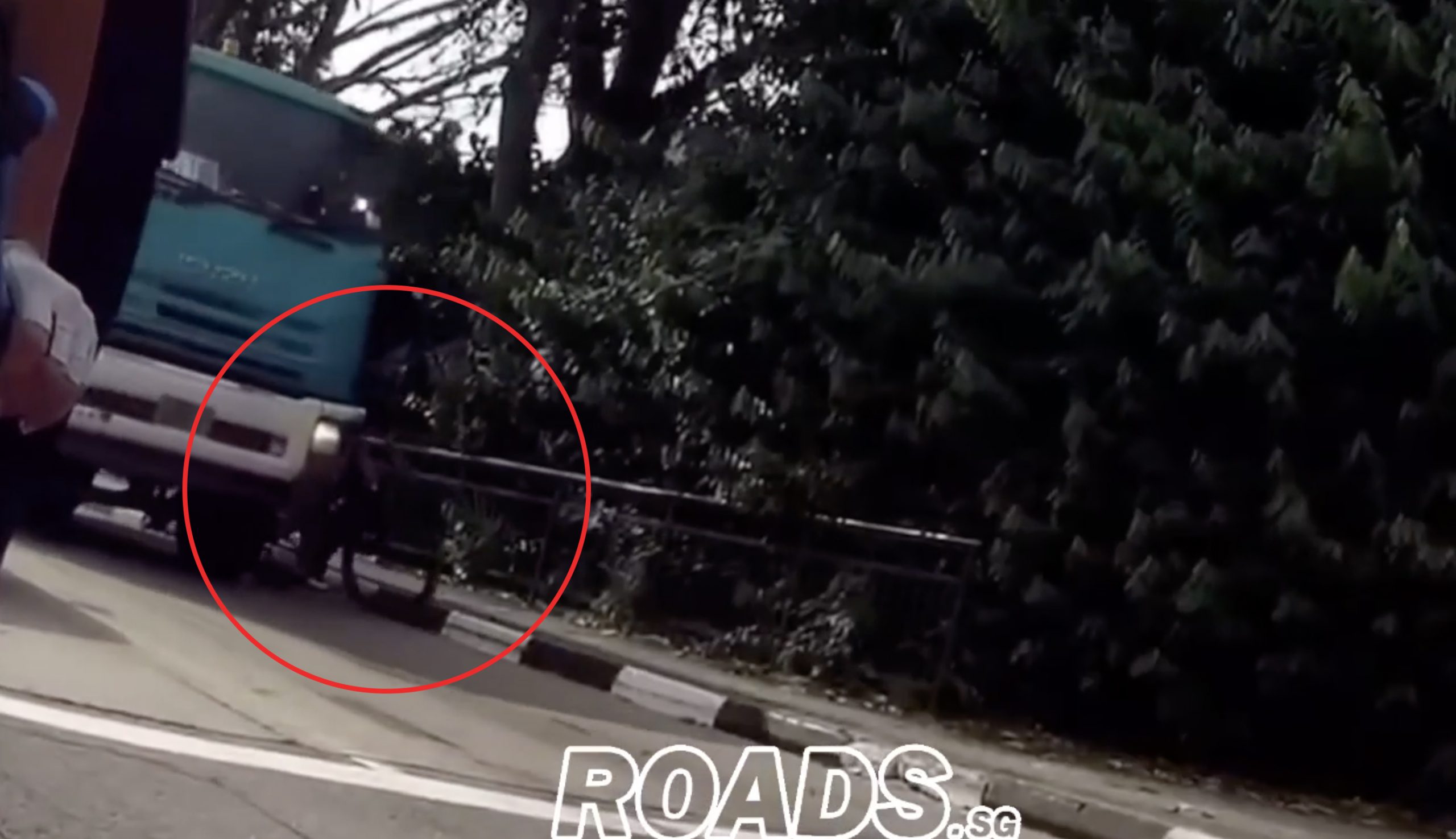 They moved dangerously close alongside one another before the lack of space caused the cyclist to wobble before eventually falling.

Following the accident, other cyclists on the other side of the road immediately checked on the injured cyclist as the tipper truck stopped at the junction. 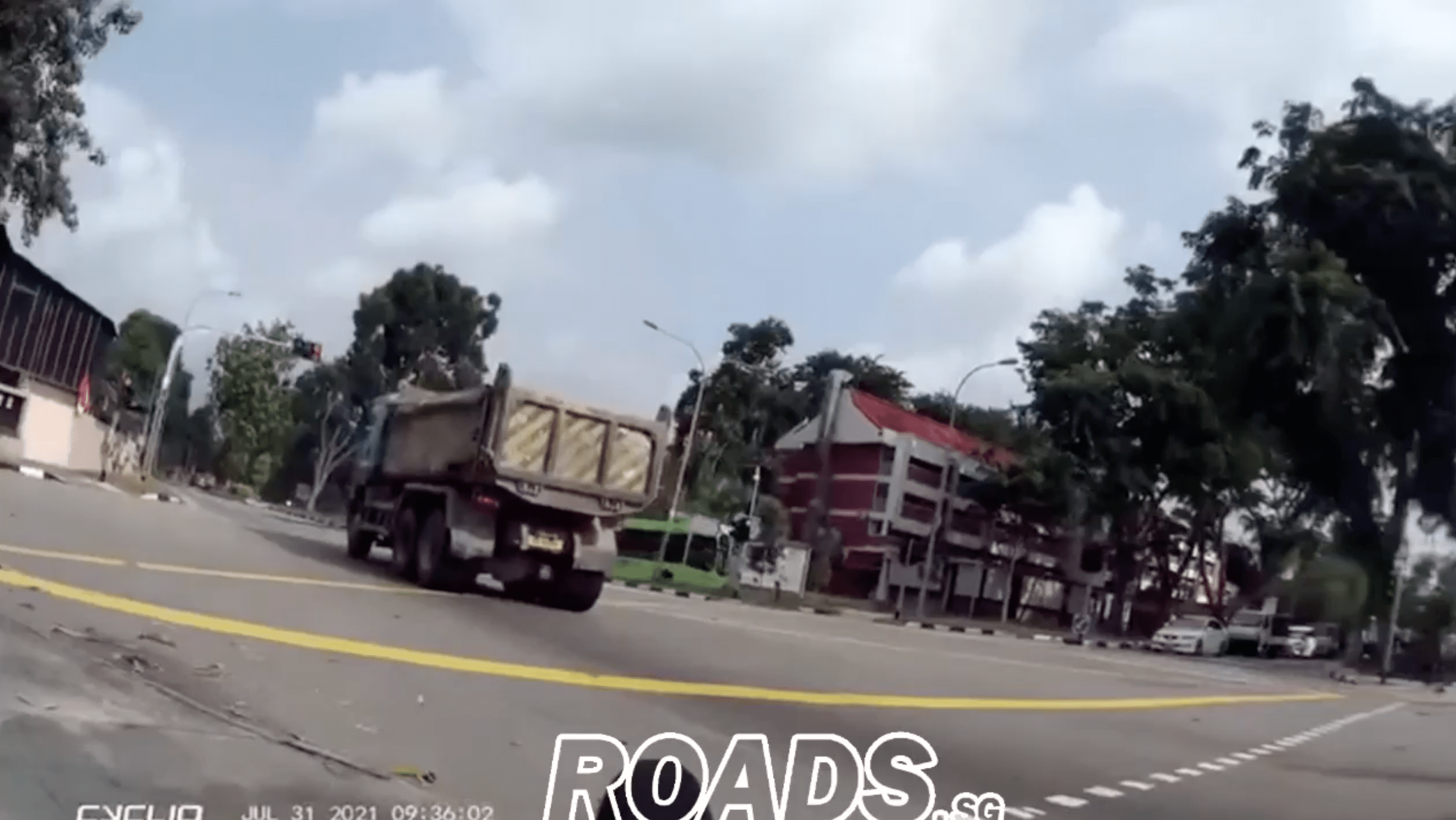 The cyclist was seen lying on the ground in the aftermath as he clutched his left arm in pain. 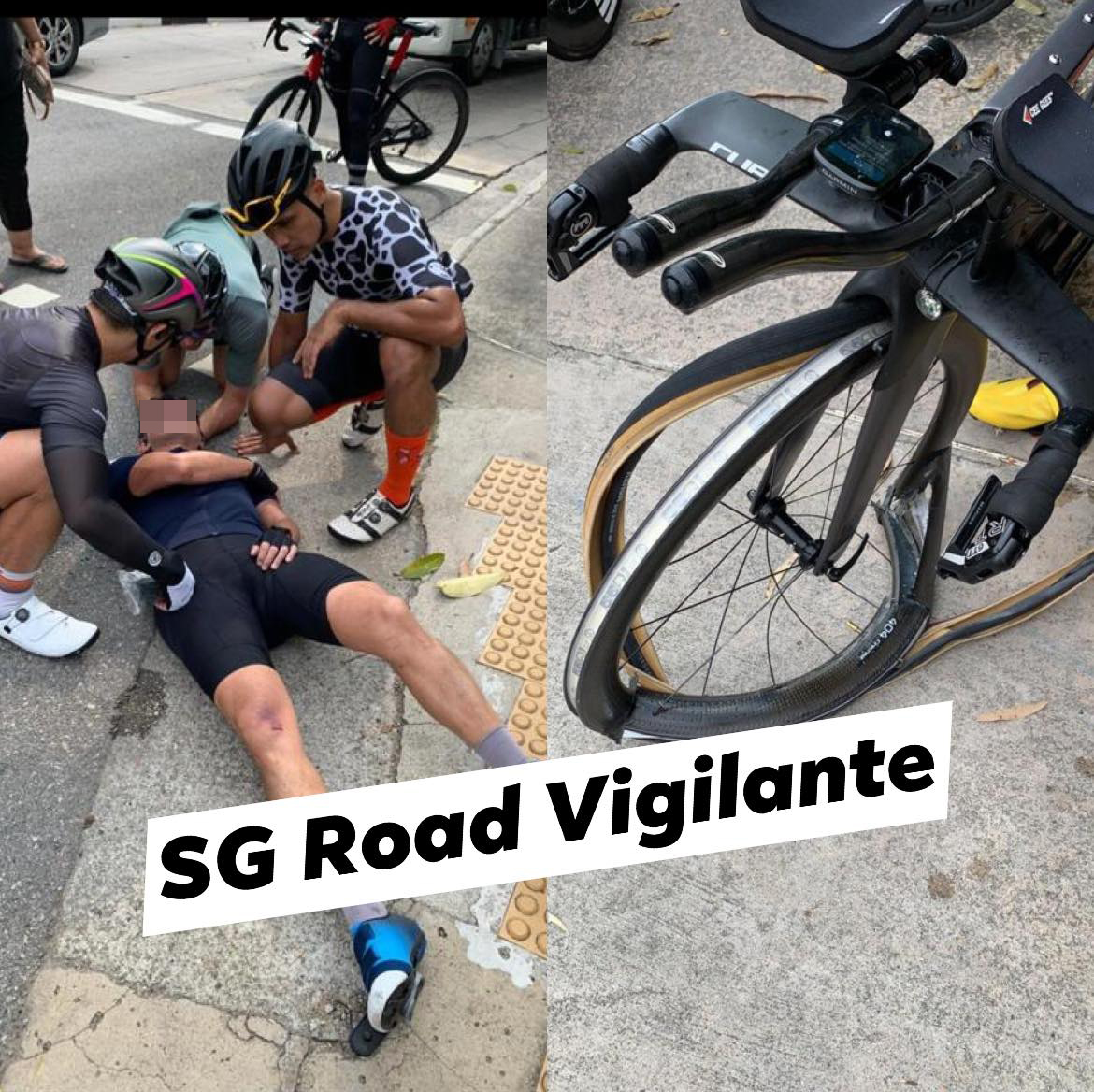 In response to MS News‘ queries, the Singapore Civil Defence Force (SCDF) said they were alerted to a road traffic accident near the junction of Telok Paku Rd and Changi Village Rd at about 9.35am on 31 Jul.

They conveyed a person to Changi General Hospital.

Netizens urge cyclists to be careful

Seeing the video, many felt that the cyclist was in a precarious blind spot of the truck at the time of the accident.

Some netizens also commented that the stretch of road was too narrow, making it especially dangerous for cyclists.

This netizen also added that cyclists should not trust that drivers will give them sufficient space, especially when it comes to heavy vehicles.

Cyclists should always err on the side of caution

This was an unfortunate incident, but we are glad the cyclist escaped with minor injuries. After all, the impact could have potentially been a lot worse.

It is also an important reminder for drivers and cyclists always to be vigilant when on the road.

Cyclists are more vulnerable to serious injuries in accidents, and they should always err on the side of caution whenever they are travelling amid heavy traffic.