Must Share News – Independent News For Singaporeans
Home Current Affairs Health 27-Year-Old Passes Away At Tan Tock Seng Hospital, She Was Found At... 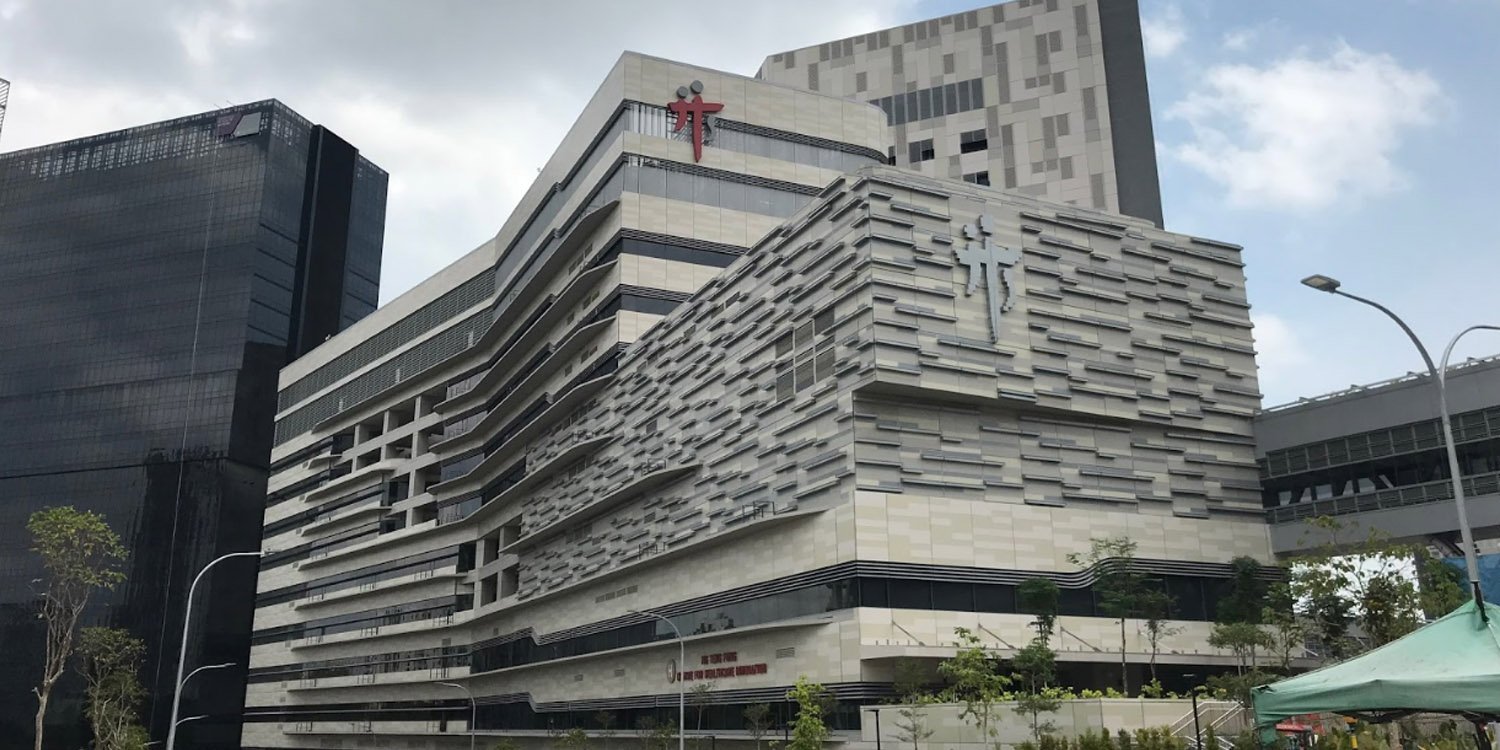 TTSH Outpatient Passes Away On 12 May From Injuries

Tan Tock Seng Hospital (TTSH) said on Wednesday (12 May) that an outpatient had passed away at the hospital today.

She was an outpatient and was visiting a clinic for follow-up care. 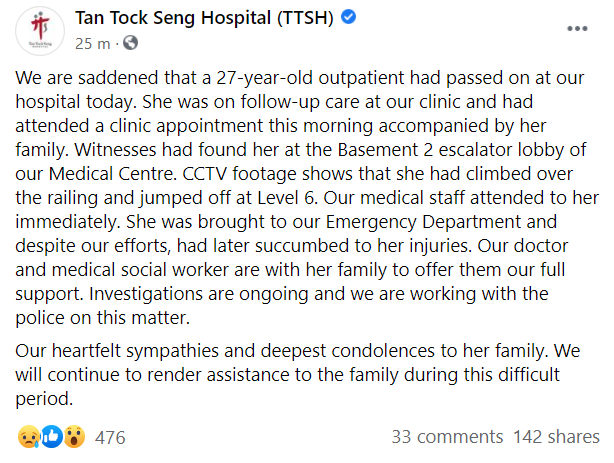 Witnesses found her at Basement 2 of TTSH’s Medical Centre, and she had apparently jumped from Level 6.

TTSH is currently rendering support to her family, who were with her for the appointment.

It said it is also working with police on investigations.

27-year-old passes away at TTSH

According to TTSH, the 27-year-old woman was an outpatient at the hospital.

CCTV footage showed that she’d climbed over the railing at Level 6 and jumped off.

She was found at the Basement 2 escalator lobby by witnesses.

Medical staff attended to the woman immediately, and she was brought to the Emergency Department but succumbed to her injuries.

TTSH said that a doctor and medical social worker are with the family to offer their full support.

It promised that it’ll continue to render assistance to her family during this period.

MS News offer our condolences to the deceased’s family and may she rest in peace.