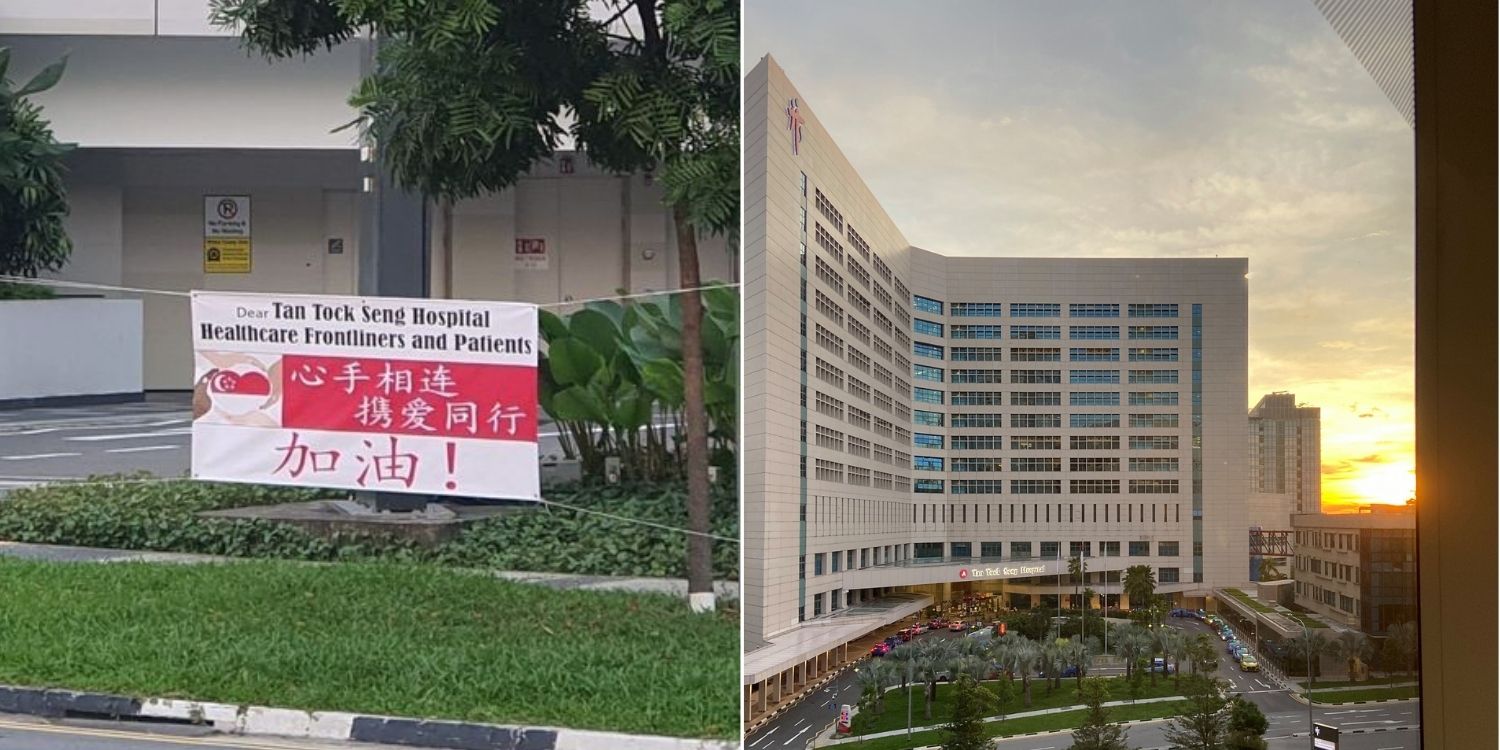 Banner Outside TTSH Encourages Staff & Patients To Forge Ahead

Since the outbreak of Covid-19 cases at Tan Tock Seng Hospital (TTSH), accounts of staff experiencing alleged discrimination have resurfaced, echoing similar sentiments to when the pandemic first reached our shores.

But thankfully, with unpleasant stories come rays of hope in the form of Good Samaritans who show kindness to those who need it.

This time, some strangers did that by putting up a banner outside TTSH, with a special message for the staff and patients there.

Strangers put up a heartwarming banner outside TTSH 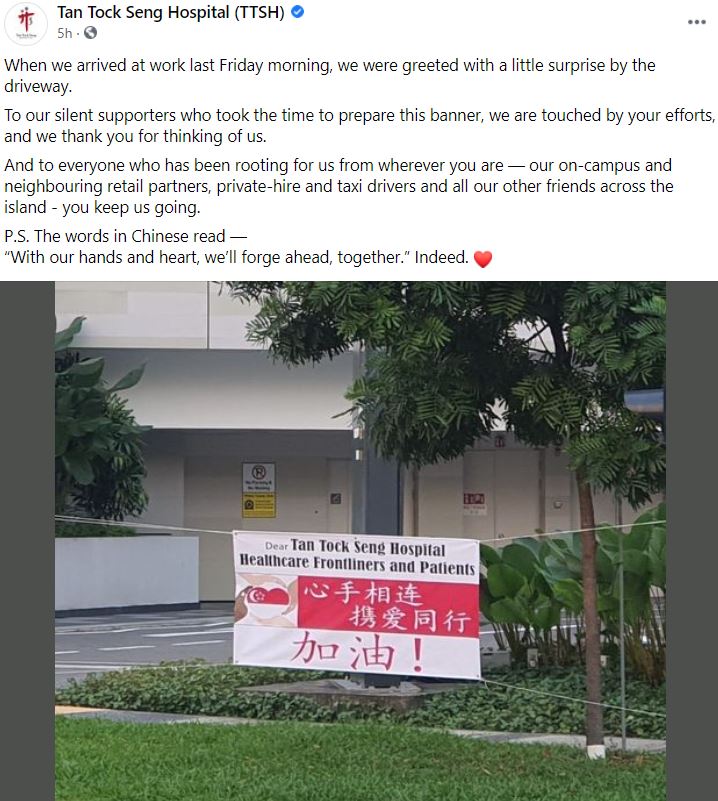 According to them, some staff members were on the way to work on the morning of 7 May when they spotted the banner.

Since the spot by the driveway had been empty before, it took them by surprise. Going by the design, they concluded that some “silent supporters” had likely left it there.

Addressing TTSH “healthcare frontliners and patients”, the banner’s message was not only for the staff who work tirelessly day in and day out.

The folks behind it clearly thought of TTSH patients too, who have been unable to receive visitors as part of safety precautions.

Whether the patients are aware of the banner is unclear, but we hope hospital staff have informed them.

The main message in Chinese deeply moved employees who could discern it, as it says,

With our hands and heart, we’ll forge ahead, together. 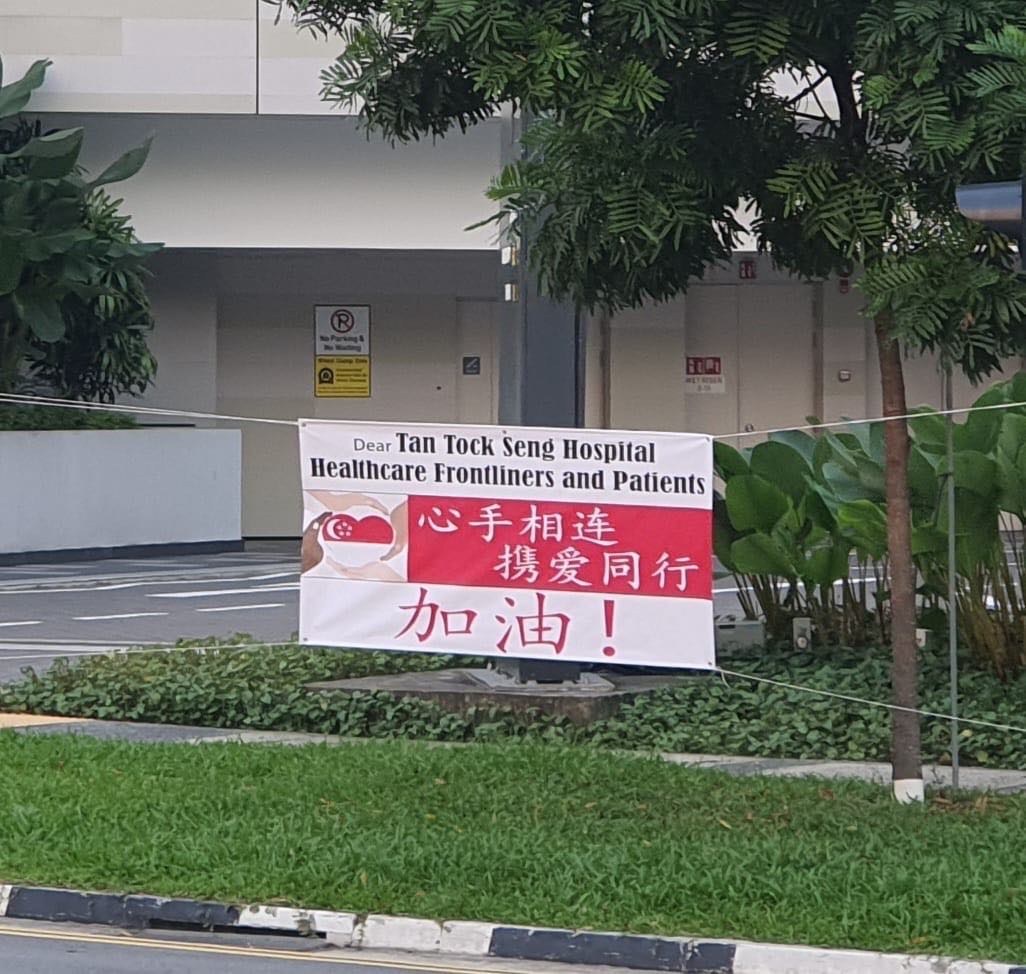 Taking the opportunity to thank members of the community who are indeed forging ahead with them, TTSH extended their gratitude to taxi and private-hire drivers, as well as retailers in and around the hospital for keeping them going.

Show kindness to all frontline workers

The strangers’ gesture may not seem like much, but it has clearly impacted TTSH workers deeply and positively.

More importantly, it assures them that they’re not alone in the ongoing fight against Covid-19 — the whole Singapore community is behind them every step of the way.

Kudos to the silent supporters for taking this initiative. Let’s take a leaf out of their book and show more kindness to all frontline workers who are doing such commendable and noble jobs.